Accessibility links
Proposal To Demolish Columbine High School For Its 'Macabre Inspiration' Jason Glass of Jeffco Public Schools wants the community to consider tearing down the site of the 1999 shooting, saying it's become a magnet for disturbed individuals obsessed with school shootings. 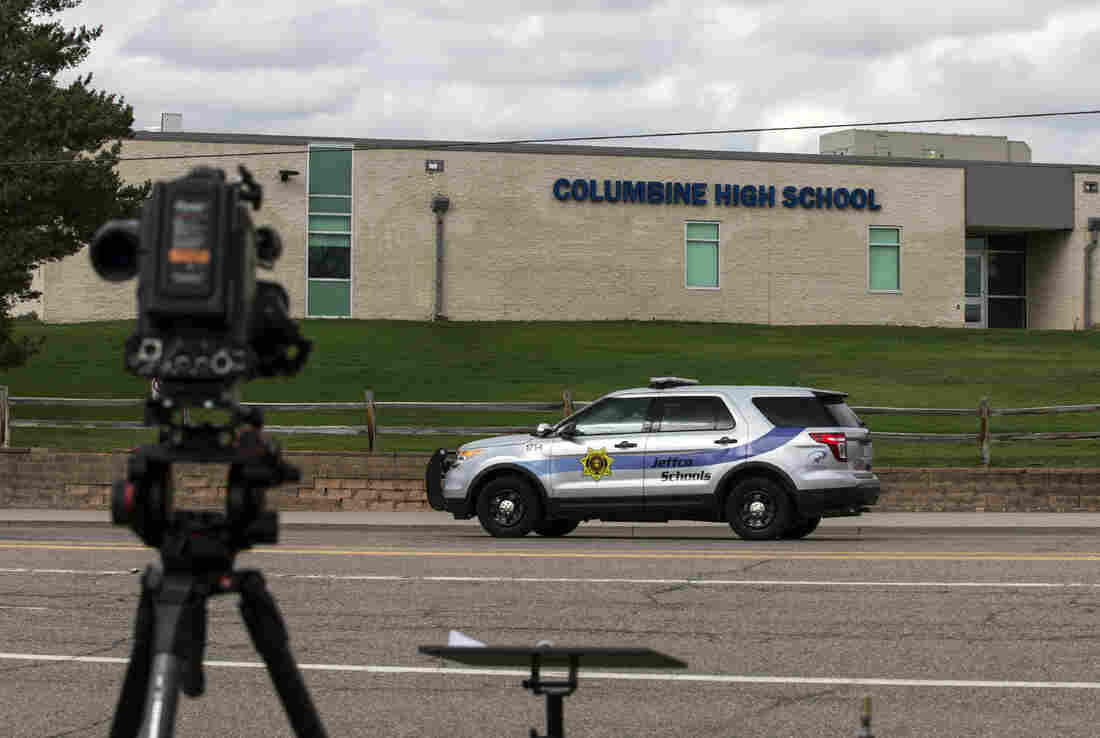 Police patrol outside Columbine High School in April in Littleton, Colo., when all Denver-area schools were evacuated after authorities launched a manhunt for Sol Pais, a Columbine-obsessed teen who they feared posed a threat. Chet Strange/AFP/Getty Images hide caption 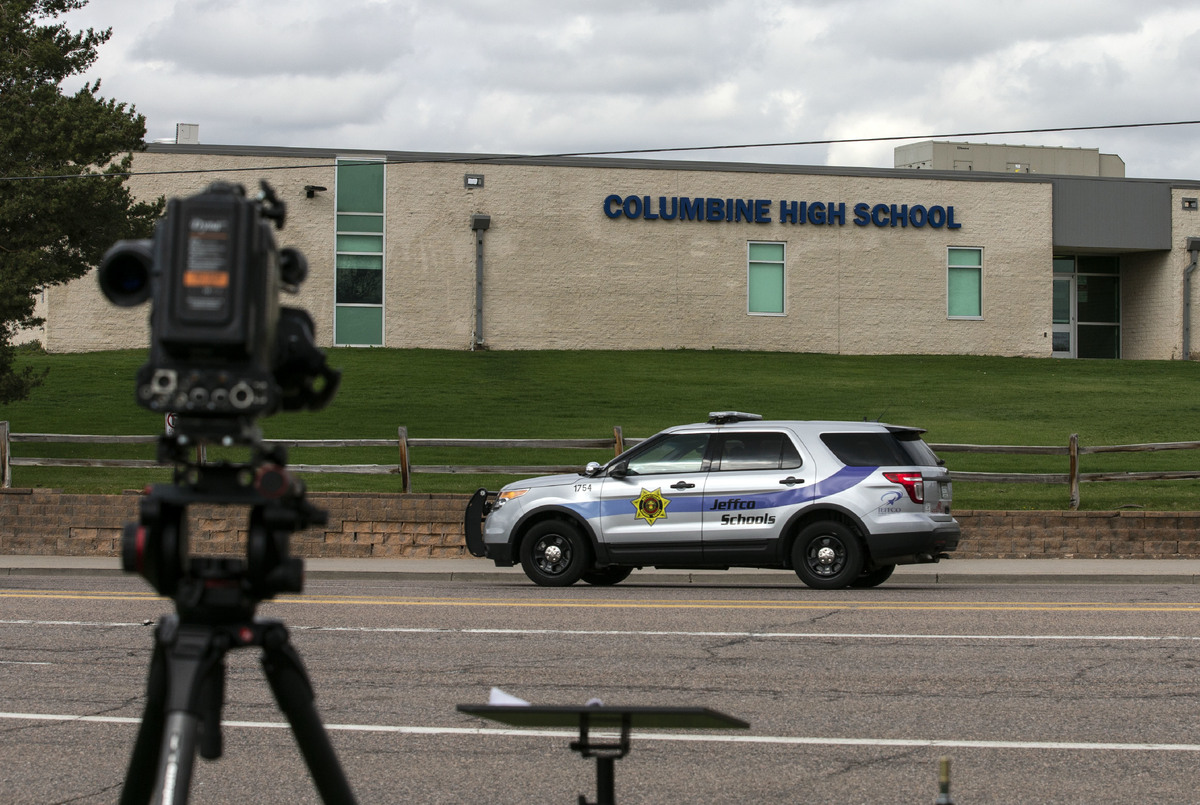 Police patrol outside Columbine High School in April in Littleton, Colo., when all Denver-area schools were evacuated after authorities launched a manhunt for Sol Pais, a Columbine-obsessed teen who they feared posed a threat.

Twenty years after two gunmen attacked Columbine High School, the community of Littleton, Colo. remains divided over whether it's time to tear down the site of one of the worst school shootings in U.S. history.

Among those in the community calling for the school to be demolished is Jason Glass, the superintendent of Jeffco Public Schools, the school district where Columbine is located. In a recent op-ed for The Washington Post, Glass said the school has become a tourist destination, and while most visitors are harmless, some may be potential copycat shooters. He says the school should be torn down and rebuilt nearby.

In his op-ed, Glass writes that from June 2018 to May 2019, some 2,400 people were stopped or arrested for intruding on the grounds of Columbine.

"There are intractable challenges in operating a comprehensive high school for roughly 1,700 students in a building that seems to serve as a macabre inspiration for the contagion of school shootings in the United States over the past two decades," Glass wrote.

Speaking to NPR, Glass said, "It's the constant management of that and the pressure that any one of those unauthorized individuals who comes onto the site may be there to do harm — that is the concern."

Residents who want the building to stay have valid reasons rooted in emotion, economics and tradition, Glass told NPR.

The very fact that the building is still standing represents resilience, for many in the community, Glass said, who feel that "the building stands as sort of a symbol against what shooters were trying to accomplish in 1999, and it needs to continue to do that."

Ultimately, the community will make the final decision, Glass said. If Columbine is demolished, taxpayers would have to pay as much as $70 million for the construction of a new high school.

Glass said he hopes that no matter the building's fate, the emotional debate might serve as a crucial chance for Columbine to distinguish itself, above all, as a community that accomplishes a difficult decision with love and respect.

"Right now our responsibility is to inform the community of the question and help them navigate through it," Glass said. "I think it's just really important, especially on an issue that relates to the community's children, that we show that we can come together and have a thoughtful conversation."

Columbine is far from the only community that has been forced to grapple with what to do with the physical site of a mass shooting. As NPR's Bobby Allyn recently reported:

"In Newtown, Conn., Sandy Hook Elementary School, where a gunman killed 20 students and six adults in 2012, was demolished in 2013 and a whole new building was built on the property.

Officials in Parkland, Fla., are moving toward replacing the three-story Marjory Stoneman Douglas building that was the site of the killing of 17 students and staff."

NPR's Meera Venkat and Natalie Winston produced and edited this story for radio.