Accessibility links
Judge Says No To Changing Lawyers In Census Case The judge called the effort by the Justice Department to replace its legal team "patently deficient." 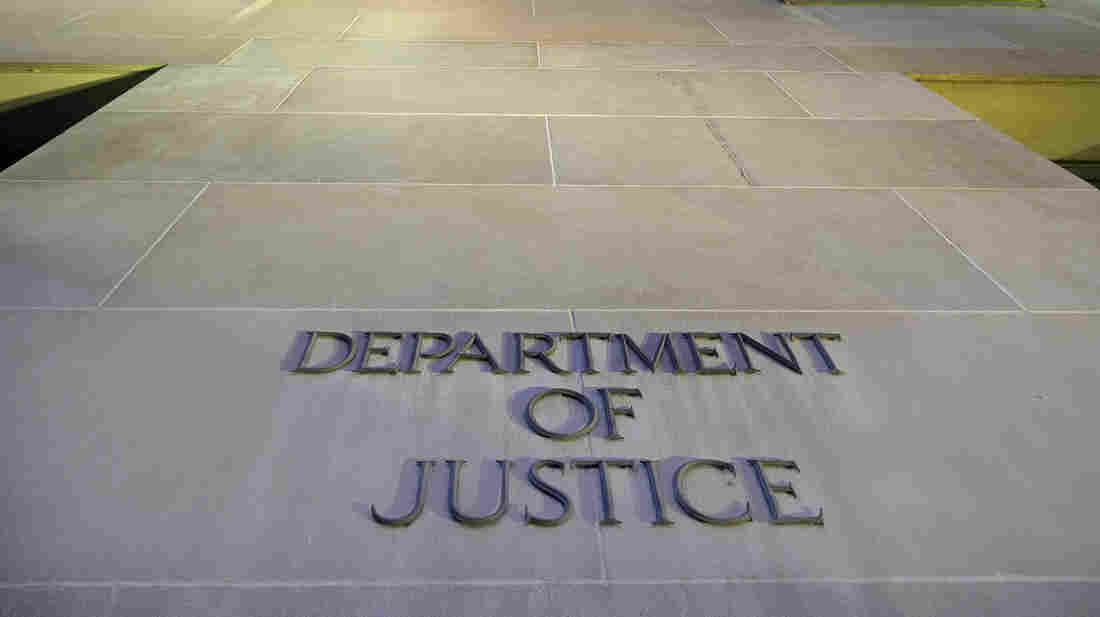 A federal judge has denied the Justice Department's request to change the lineup of lawyers involved in the lawsuits over the Trump administration's push to get a citizenship question on the 2020 census forms. J. David Ake/AP hide caption 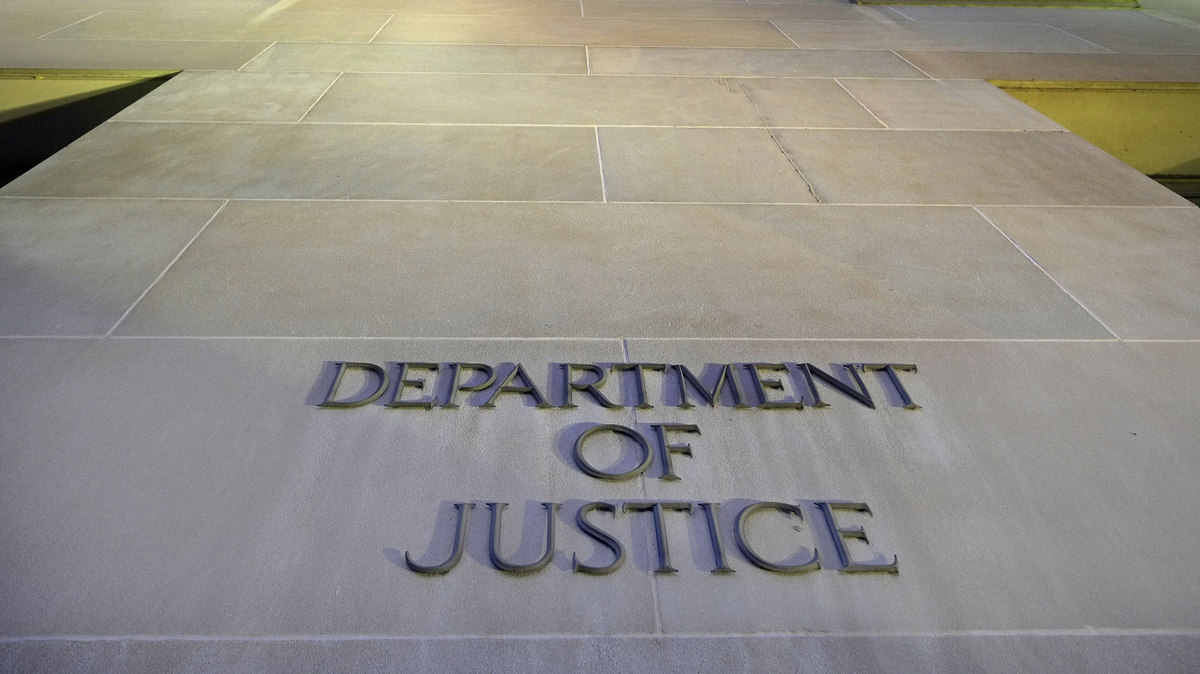 A federal judge has denied the Justice Department's request to change the lineup of lawyers involved in the lawsuits over the Trump administration's push to get a citizenship question on the 2020 census forms.

A federal judge in New York has denied a request by the Trump administration to replace its legal team in a lawsuit challenging the addition of a citizenship question to the 2020 census.

U.S. District Judge Jesse Furman called "patently deficient" the Department of Justice's effort to change out the lawyers, who have been working on the case for more than a year.

Furman is allowing two lawyers to withdraw from the lawsuit. One has left the department and the other has left the civil division.

But the judge says every other Justice Department attorney who wants to withdraw from the New York case has to submit a signed and sworn affidavit that provides "satisfactory reasons" for leaving at this stage of litigation.

The department had requested the same change in a case in Maryland. Those changes would have left not a single career Justice Department attorney who had been defending the administration's efforts for months working on the cases.

President Trump blamed Furman's ruling on the fact that he was appointed to the federal bench by President Barack Obama.

Details about the major shakeup — first signaled publicly Sunday in a written statement by a department spokesperson — were confirmed in court papers filed on Monday. All of the attorneys who would leave the cases are from the DOJ's Federal Programs Branch, which includes issues related to the Census Bureau among its focus areas.

"The Department of Justice is shifting these matters to a new team of Civil Division lawyers going forward," said DOJ spokesperson Kerri Kupec in Sunday's statement.

The proposed legal team was made up of both career and political appointee attorneys, including lawyers from the DOJ's Office of Immigration Litigation and the newly appointed head of the Consumer Protection Branch, Deputy Assistant Attorney General David Morrell.

The Justice Department did not provide any explanation for the change.

Shortly after the administration's new attorneys submitted the request Monday to withdraw lawyers from the New York-based lawsuits, plaintiffs' attorneys at the ACLU, New York Civil Liberties Union, Arnold & Porter and the New York state attorney general's office countered with a letter to the judge. The challengers asked the judge to approve the request only after the administration provides a "clear articulation" of a reason for the change and "unequivocal assurances" that it would not delay legal proceedings.

The move came as the Trump administration continues its search for a new way to include the question — "Is this person a citizen of the United States?" — on forms for the upcoming national head count after the Supreme Court ruled last month to keep it off for now.

Days after the Supreme Court rejected the administration's stated reason for adding the question, the Justice Department announced that printing had started for paper census forms that do not include the question.

It looked as if a more than yearlong legal battle was winding down. Justice Department attorneys, including U.S. Solicitor General Noel Francisco, had repeatedly emphasized in court the importance of finalizing the 2020 census forms by June 30, so that the paper questionnaires could be printed in time.

But tweets by President Trump signaled that he was determined to continue pushing for the citizenship question.

"We are absolutely moving forward, as we must, because of the importance of the answer to this question," Trump tweeted on July 3.

The president's comments caught the attention of U.S. District Judge George Hazel, who called for an emergency hearing by phone last week as part of the Maryland-based lawsuits. During the hearing, Hazel asked Joshua Gardner, a career DOJ attorney, to confirm again the administration's plans after noting that Gardner had indicated just the day before that the administration was moving forward with printing forms without the citizenship question.

"The tweet this morning was the first I had heard of the president's position on the issue," said Gardner, who had stepped away from a planned vacation to join the teleconference, according to a transcript. "I do not have a deeper understanding of what that means at this juncture other than what the president has tweeted. But, obviously, as you can imagine, I am doing my absolute best to figure out what's going on."

Speaking to reporters on Sunday, Trump said that his administration has "a couple of avenues" for getting a citizenship question onto the census.

"Our attorney general is doing a fantastic job, in many ways, and I think he's got it under control," Trump said.

In her written statement, Kupec noted that the DOJ attorneys involved in the census cases "have consistently demonstrated the highest professionalism, integrity, and skill inside and outside the courtroom."

"The Attorney General appreciates that service, thanks them for their work on these important matters, and is confident that the new team will carry on in the same exemplary fashion as the cases progress," Kupec added.

The proposed change-up in the lawyer team, however, has rattled some former Justice Department attorneys, who are worried the move is a sign of turmoil behind the scenes.

"To take yourself off of a case in the middle of litigation, and certainly for an entire office to take off in the middle of litigation, would not just be because of personal disagreement with a particular policy choice," said a former DOJ attorney, who asked not to be identified because it may jeopardize the attorney's current job. "It has to be something more extreme than that, more to the core of what your ethical and professional obligations are as an attorney."

Sam Oliker-Friedland — a former career attorney in the DOJ's Civil Rights Division who joined the department during the Obama administration and left under President Trump — said transferring the citizenship question lawsuits to a completely new group of attorneys is telling.

"To reassign the trial team at this stage in litigation is — to not put too fine a point on it — insane," Oliker-Friedland said. "I suspect that it is a move of a Department of Justice that is serving a client that is asking them to do something that they are finding very difficult to do within the bounds of ethics and within the bounds of the law."

Justin Levitt, a former deputy assistant attorney general in the Civil Rights Division who served during the Obama administration and has spoken out against adding a citizenship question, raised concerns about the new team comprising a "hodgepodge of lawyers from across the Civil Division, rather than the ones with specific expertise" relevant to the census lawsuits.

"There is no legitimate reason for putting that team on this case," Levitt said.