Accessibility links
Robots, Not Humans, Are The New Space Explorers Landing a man on the moon captures the public's imagination. But in the decades after the Apollo program, robots have also generated public excitement about space exploration.

This illustration shows NASA's Cassini above Saturn's northern hemisphere before making one of its "Grand Finale" dives. NASA/JPL-Caltech hide caption

This illustration shows NASA's Cassini above Saturn's northern hemisphere before making one of its "Grand Finale" dives.

When Neil Armstrong set foot on the moon 50 years ago, it was an inspiring moment for people around the world.

But another kind of explorer is responsible for much of the modern enthusiasm for space exploration.

"Since the days of Apollo, the greatest adventures in space have been these robots that have gone all over the solar system," says Emily Lakdawalla, a self-described planetary evangelist at the Planetary Society.

By "these robots," Lakdawalla means the various robotic probes that have flown past planets, moons and asteroids — orbiting some, landing on others.

Astronauts do still explore space. The International Space Station is a remarkable piece of hardware. Humans have been living on it for nearly two decades. But as amazing as the space station is, excitement about it is relatively muted.

Lakdawalla says it would be inspiring to see an astronaut land on Mars, but in the meantime, inspiration is coming from NASA's Mars rovers.

Millions of people around the world have watched with delight as the six-wheeled rovers have trundled across the Martian surface, snapping pictures and taking selfies. 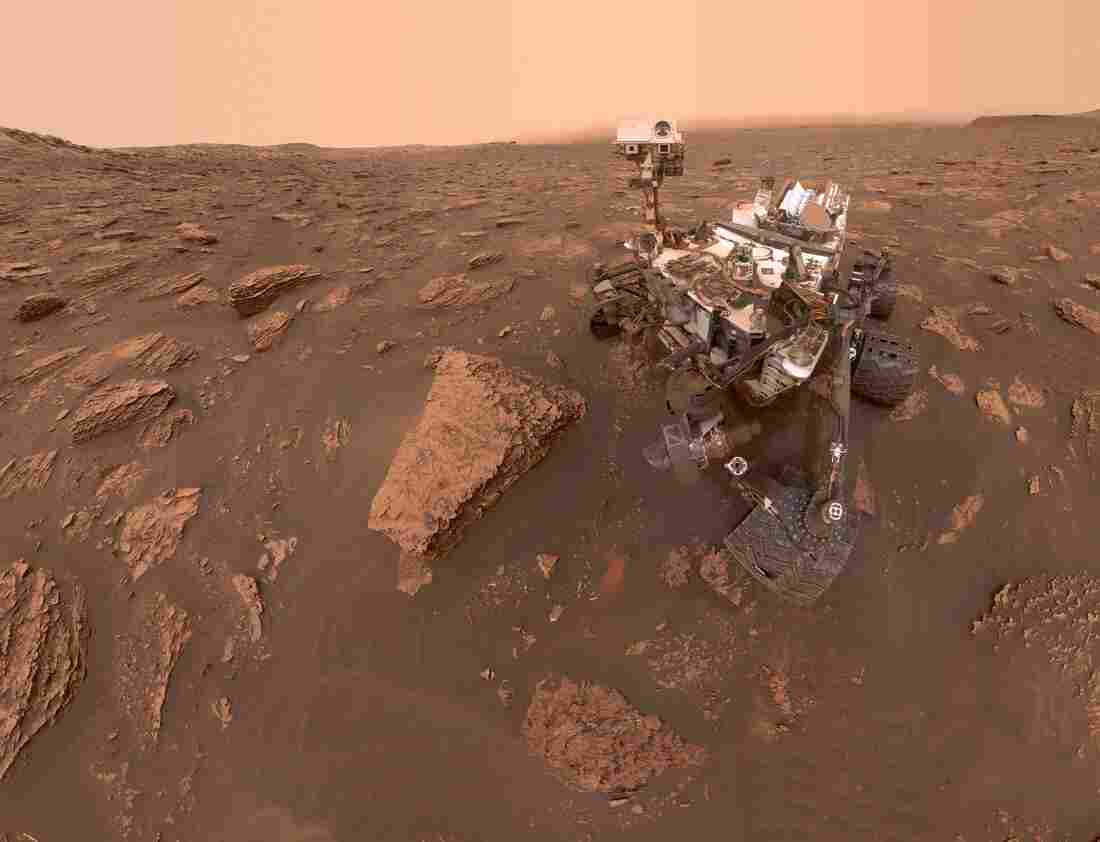 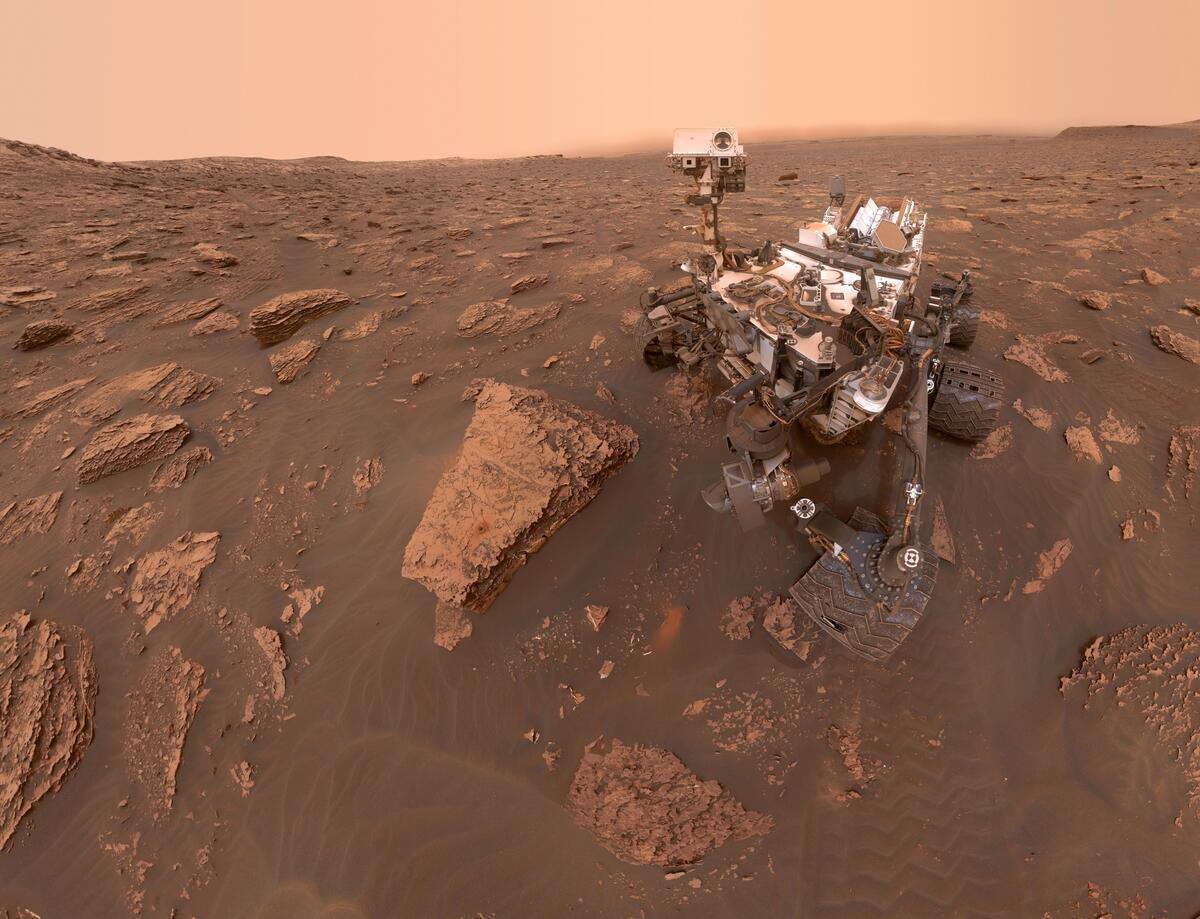 A self-portrait of NASA's Curiosity rover taken on Sol 2082.

At Smithsonian's National Air and Space Museum in Washington, D.C., Matthew Shindell says visitors make a point of coming to the planetary exhibit in a gallery tucked into the west end of the museum.

Shindell is the museum's planetary science curator. A prominent feature of the gallery is a large glass case containing versions of all the rovers that NASA has sent to Mars, from the tiny Sojourner rover that landed in 1997 to the 2,000-pound Curiosity rover that arrived in 2012. 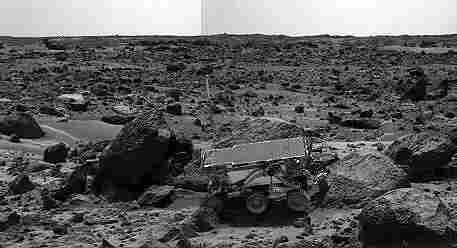 "People love to come and see the rovers and really get a sense of what they look like up close and their actual scale," Shindell says.

Mars has a mystique all its own, so perhaps it's not surprising that people find exploring the red planet enticing. But the New Horizons fly-by of Pluto, the Messenger close encounter with Mercury, and Juno's buzzing over Jupiter's poles all have generated great public interest.

Linda Elkins-Tanton of Arizona State University's School of Earth and Space Exploration says the public's appetite for space exploration goes beyond the familiar bits of the solar system.

This illustration shows NASA's Cassini spacecraft in orbit around Saturn. Cassini made 22 orbits that swooped between the rings and the planet before ending its mission on Sept. 15, 2017, with a final plunge into Saturn. NASA/JPL-Caltech hide caption

Elkins-Tanton is lead scientist on a mission to a weird asteroid known as Psyche. It's made entirely of metal — and it is the only one of its kind in our solar system. True, most people haven't heard of Psyche, but Elkins-Tanton says when they learn about it, they're hooked.

"We're sending this probe to a place that is absolutely uninhabitable in an Earth kind of sense," she says. "Yet the engagement we're getting from the public already two years before launch is profound. It's amazing [that] people are so stimulated by thinking about something they've never imagined before, that humans have never visited."

Elkins-Tanton says she and her team are inviting the public to explore Psyche with them.

NASA Spacecraft Gets Up Close With Jupiter's Great Red Spot

This idea of sharing the experience of space missions is something NASA has embraced. Lakdawalla says the public has been able to see the passion and commitment of the scientists who work on these robotic explorers. 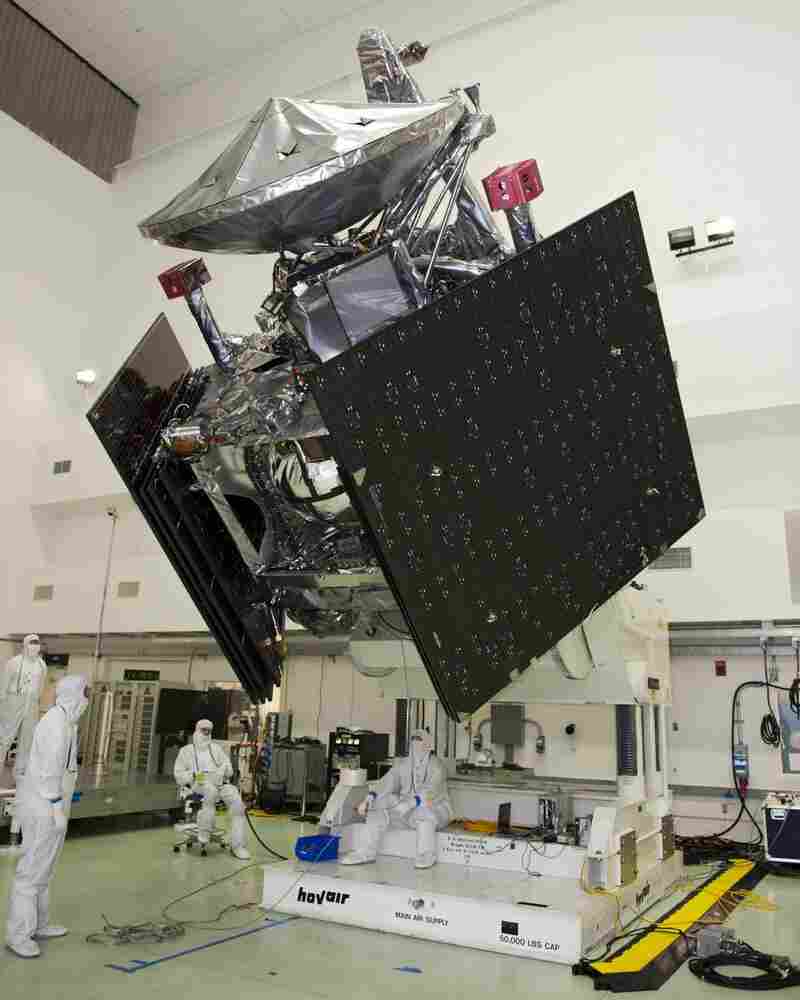 She points to the day NASA decided to end the Cassini mission to Saturn by sending the probe into the planet's atmosphere, where it burned up.

"There were cameras on scientists and engineers who were weeping openly at the end of this spacecraft," Lakdawalla recalls. "It really humanized the mission, and so it made that human connection that maybe in the past you only got through astronauts."

"Now you recognize that robotic exploration is human exploration," she says. "It's just that the humans are back on Earth and the robots are going where humans can't currently go."