Accessibility links
CBO: $15 Minimum Wage Would Boost 17 Million Workers, Cut 1.3 Million Jobs The Congressional Budget Office analyzed the impact of lifting the $7.25 federal minimum wage to $15 by 2025. The House is expected to vote next week on a bill to lift the federal minimum. 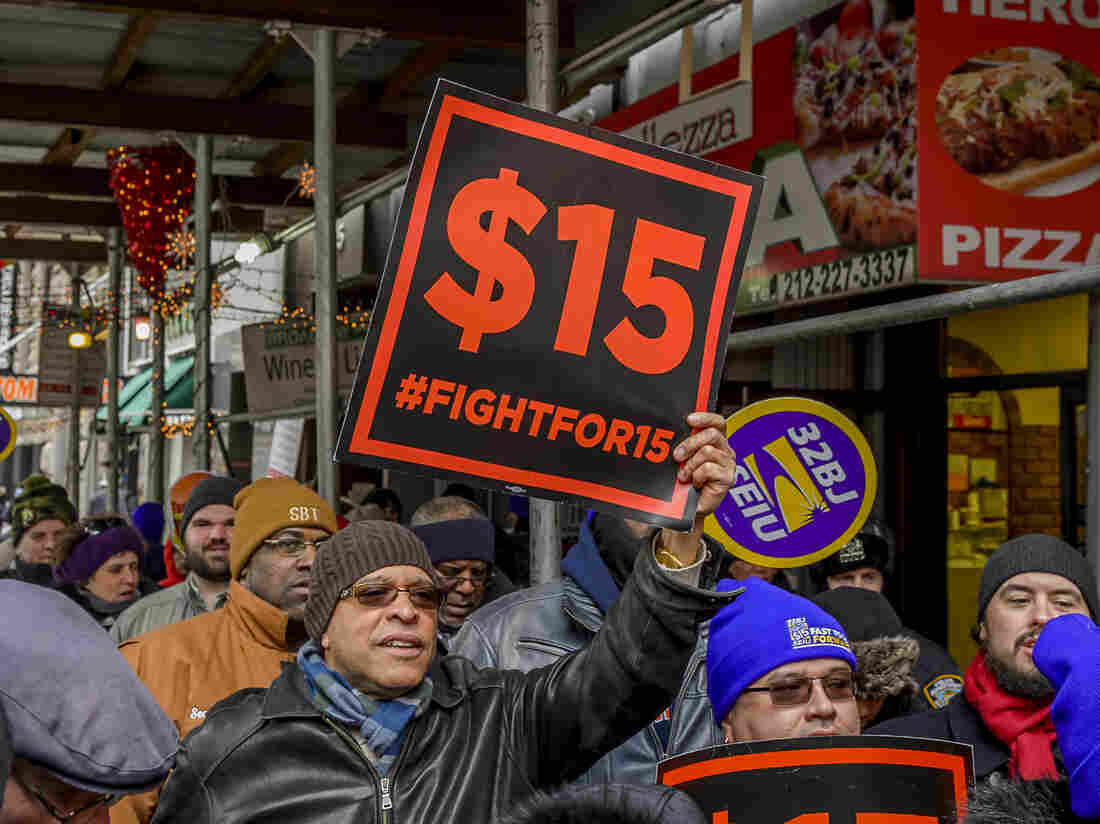 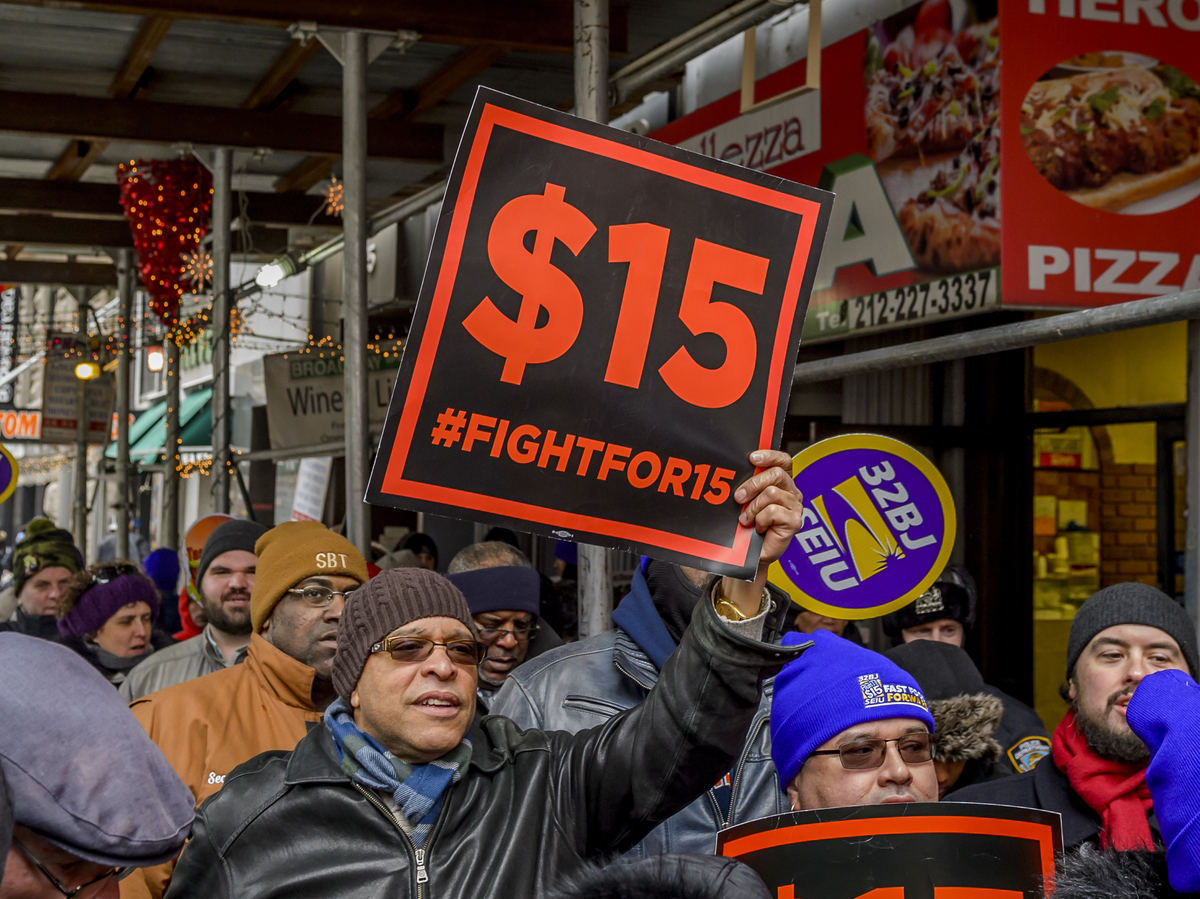 Raising the federal minimum wage to $15 an hour by 2025 would increase the pay of at least 17 million people, but also put 1.3 million Americans out of work, according to a study by the Congressional Budget Office released on Monday.

The increased federal minimum could also raise the wages of another 10 million workers and lift 1.3 million Americans out of poverty, according to the nonpartisan CBO. The current federal minimum wage is $7.25 and last increased a decade ago.

The budget watchdog's report comes ahead of next week's vote in the House of Representatives on a bill to gradually raise the federal minimum to $15 an hour by 2024.

The CBO predicted much bigger job losses than House Democrats, who have pushed for the $15 minimum wage, expected. The study cited "considerable uncertainty" about the impact, because it's hard to know exactly how employers would respond and to predict future wage growth.

The CBO wrote that in an average week in 2025, 1.3 million otherwise-employed workers would be jobless if the federal minimum wage went up to $15. That's a median estimate. Overall, CBO economists wrote that resulting job losses would likely range between "about zero and 3.7 million."

The House, controlled by the Democrats, is expected next week to pass the Raise the Wage Act, which would lift the federal minimum wage to $15 gradually by 2024. Its author, Rep. Bobby Scott, D-Va., on Monday argued that the benefits in CBO's forecasts far outweighed the costs.

The measure faces a high hurdle in the Republican-controlled Senate. Even so, raising the federal minimum has been picking up steam over the years.

Many economists have agreed that modest increases to wage minimums don't cause huge job losses. That theory was shown in a high-profile paper by David Card and Alan Krueger. The CBO wrote: "Many studies have found little or no effect of minimum wages on employment, but many others have found substantial reductions in employment."