Accessibility links
Mick Mulvaney Not Getting High Marks From Lawmakers As Budget Negotiator Congressional leaders say they want to pass a budget deal that would avoid deep spending cuts for at least a year. But talks have stalled, and many blame the White House's acting chief of staff.

Listen · 3:58 3:58
Lawmakers Don't Have Many Nice Things To Say About Negotiating With Mick Mulvaney 3:58 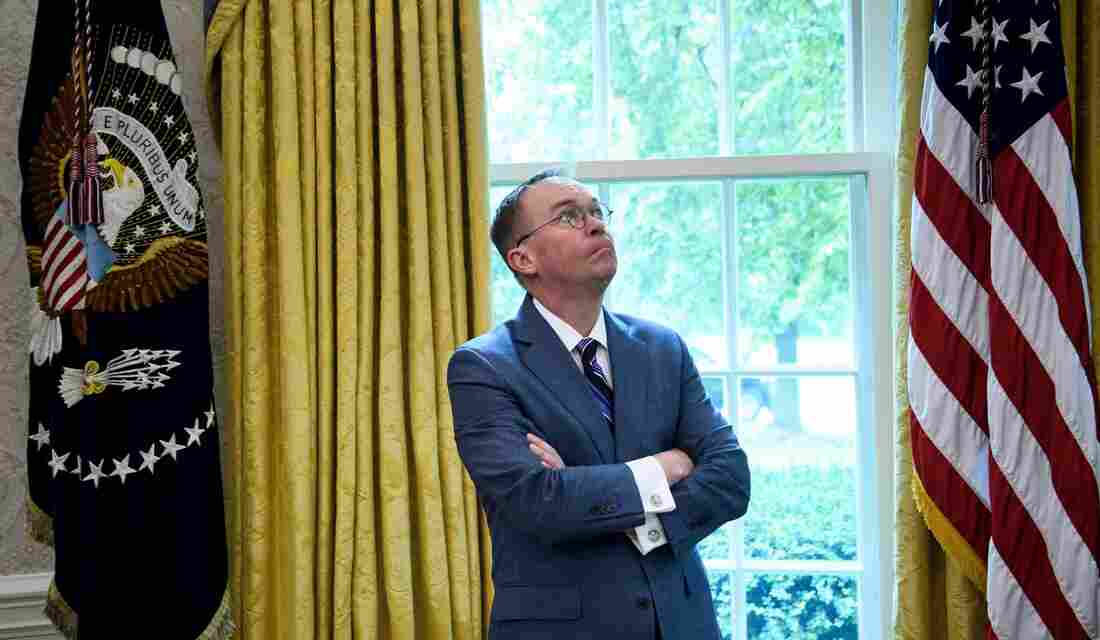 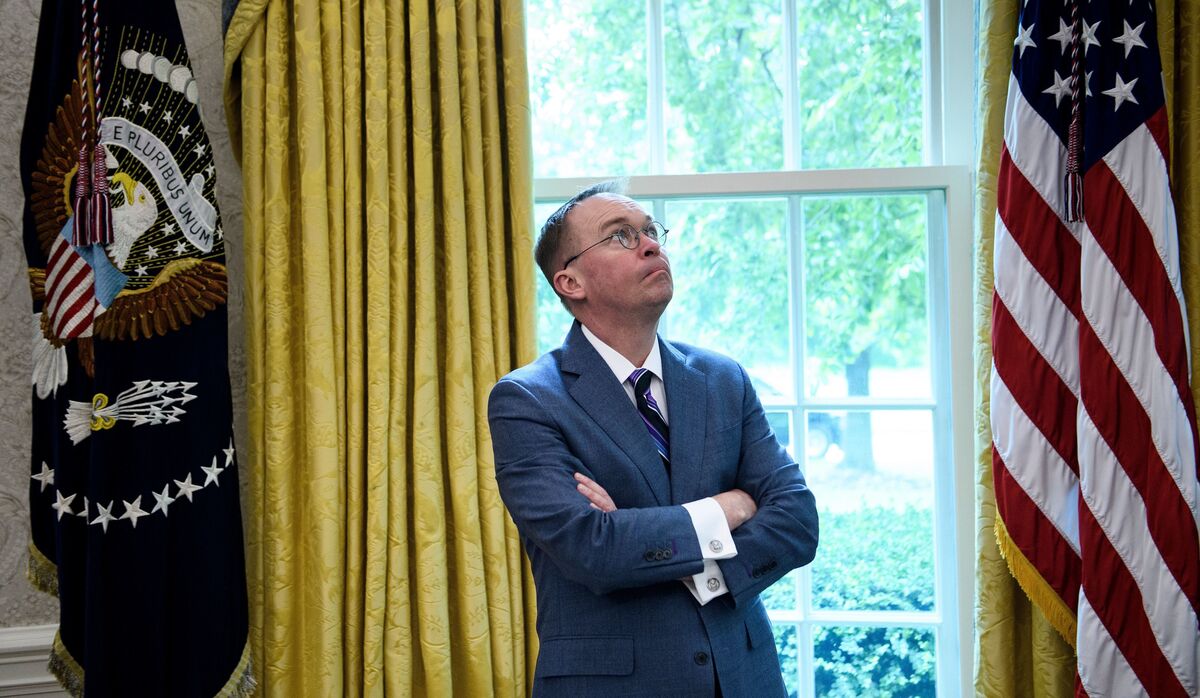 Acting White House Chief of Staff Mick Mulvaney, pictured in the Oval Office on May 13, is one of President Trump's closest advisers, but his negotiating tactics aren't widely loved on Capitol Hill.

Government spending fights have become almost routine in Washington, and every time negotiators reach an impasse, there's a scramble to assign blame.

This week, lawmakers are confronting another budget stalemate, and instead of pointing fingers at one another, many on Capitol Hill are grumbling that the White House is to blame if they can't reach a deal. The biggest culprit in many minds is acting White House Chief of Staff Mick Mulvaney.

Mulvaney has long been a controversial figure in Washington. The former South Carolina congressman was known for his hard-line demands to cut federal spending. He voted against most spending bills and railed against Congress for spending on everything from Medicare to the Defense Department.

Democrats in particular have been quick to blame that history when budget talks go south — like Senate Minority Whip Dick Durbin, D-Ill., did recently when he didn't hide his irritation after negotiations sputtered to a halt.

"If Mulvaney was in the room, I'm not surprised," Durbin quipped.

But it's not just Democrats. While Republicans are far less eager to criticize one of President Trump's closest advisers, lawmakers and staff privately worry that Mulvaney's budget-slashing demands could hamper progress on a long-term deal.

Publicly, that means Republican lawmakers are forced to find artful ways to respond when they're asked what it's like to work with one of the administration's lead negotiators.

One option is to be vague, like Texas Sen. John Cornyn, who took a long pause before answering what role Mulvaney plays in negotiations.

Cornyn says that part is great. Mulvaney is known in Washington for his focus on deficits during his tenure in Congress, and Cornyn generally agrees with the idea of fiscal frugality.

But on Mulvaney's negotiating prowess as a White House official?

"He doesn't have much experience in that realm," Cornyn said. "Um — but people grow into their new jobs too, so I won't prejudge."

And sometimes, the Republicans at the table with him just downplay his role entirely. Senate Appropriations Committee Chairman Richard Shelby shifted the focus after a recent round of negotiations.

"Well, he was involved," the Alabama senator said. "But the lead was the secretary of the treasury."

Ask Shelby directly about Mulvaney's part in these latest talks, and more often than not, you'll get an answer praising Treasury Secretary Steven Mnuchin instead.

Sen. Patrick Leahy, D-Vt., the top Democrat on the Senate Appropriations Committee, does the same. In a recent conversation about Mulvaney, Leahy changed the topic to Mnuchin more than half a dozen times.

When asked to comment directly on Mulvaney, not Mnuchin, Leahy said the goal of budget negotiations is to get a deal, avoid a spending fight and keep the government open — all things he's confident could be done if the White House just let him negotiate with Shelby.

"Secretary Mnuchin understands that," Leahy said before taking a dig at Mulvaney's history of blocking spending bills when he was in Congress. "People who have never voted for appropriations bills don't understand how that works."

Some of the frustration stems from the belief that Mulvaney contributed to Trump's refusal to reach a deal during the 35-day government shutdown, according to multiple aides from both parties.

But Republicans largely do not want to criticize someone whom Trump has entrusted with the negotiations. So the most popular tactic for them is to ignore questions about Mulvaney entirely — as did Senate Majority Leader Mitch McConnell, R-Ky., who responded with total silence to direct questions about Mulvaney's role in the latest budget talks.

Democrats have not been so coy.

House Speaker Nancy Pelosi of California and other Democrats clearly remember clashing with Mulvaney when he served in the House, and many do not trust him.

Pelosi was visibly frustrated after Mulvaney claimed that Democrats were holding up budget talks with demands for additional spending.

"Do we have to waste time on [Mick] Mulvaney's characterization of my remarks?" Pelosi asked.

She went on to dismiss Mulvaney entirely.

"Mulvaney is one of those people who shut down government because they didn't want to lift the debt ceiling," Pelosi said. "So he has no credibility on this subject whatsoever."

But many of Mulvaney's conservative friends blame his style, not his credibility, for the clashes.

Sen. Tim Scott, R-S.C., is one of Mulvaney's closest friends in Washington.

"I love him, so I'm not going to say anything that gets him into any trouble," Scott joked. "Typically you understand what he says. You may not like what he says, but he doesn't need to be explained."

Scott says that this is just part of Mulvaney's unvarnished demeanor, which sometimes creates clashes in a city where nuance is king.

"He is pretty succinct and clear, and that is part of his attraction," Scott said. "And part of, I'm sure, what others may not like about him."

Regardless of what members of Congress think about Mulvaney, Cornyn notes a key point: Mulvaney doesn't need to worry about winning a popularity contest on Capitol Hill — he just has to satisfy his boss, President Trump.