Accessibility links
Federal Authorities Seize Cargo Ship In Probe Tied To Philly Cocaine Bust Prosecutors have not accused the shipping company of any wrongdoing, but at least three of the company's ships have been subject to drug raids this year. 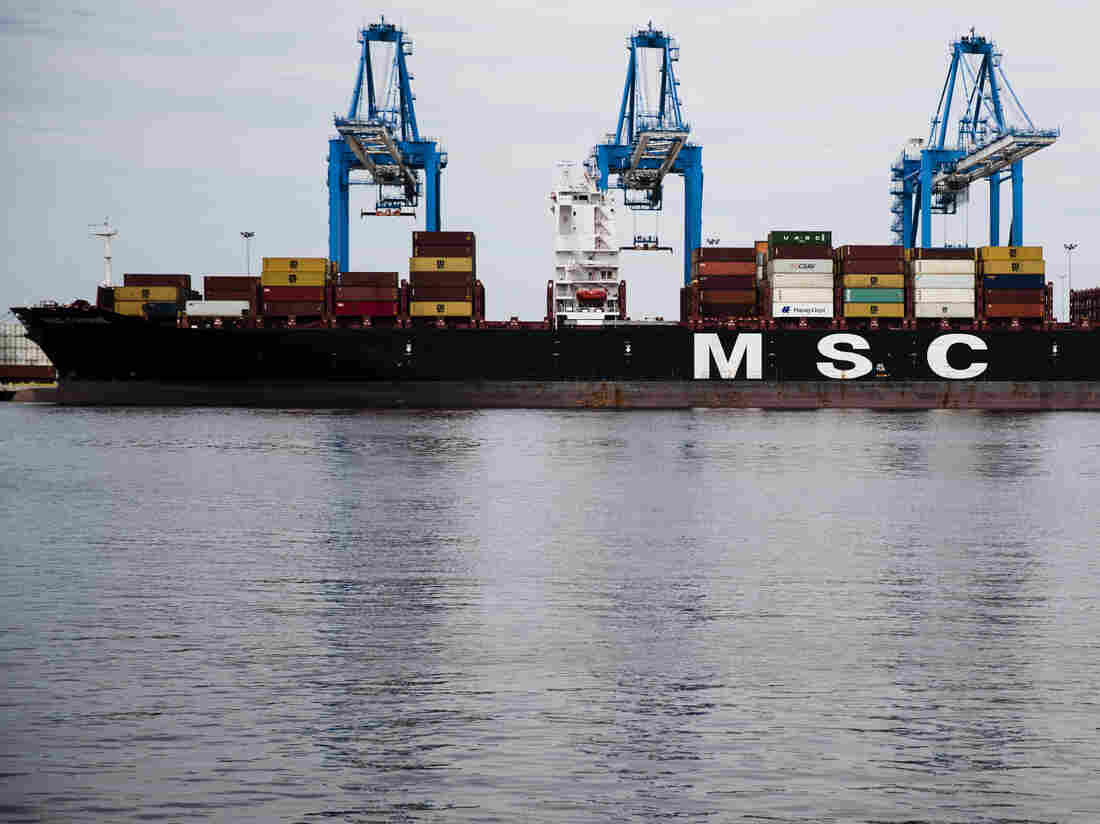 The MSC Gayane, pictured here at the Packer Marine Terminal in Philadelphia, was recently seized by federal authorities as part of an investigation linked to a massive cocaine bust. Matt Rourke/AP hide caption 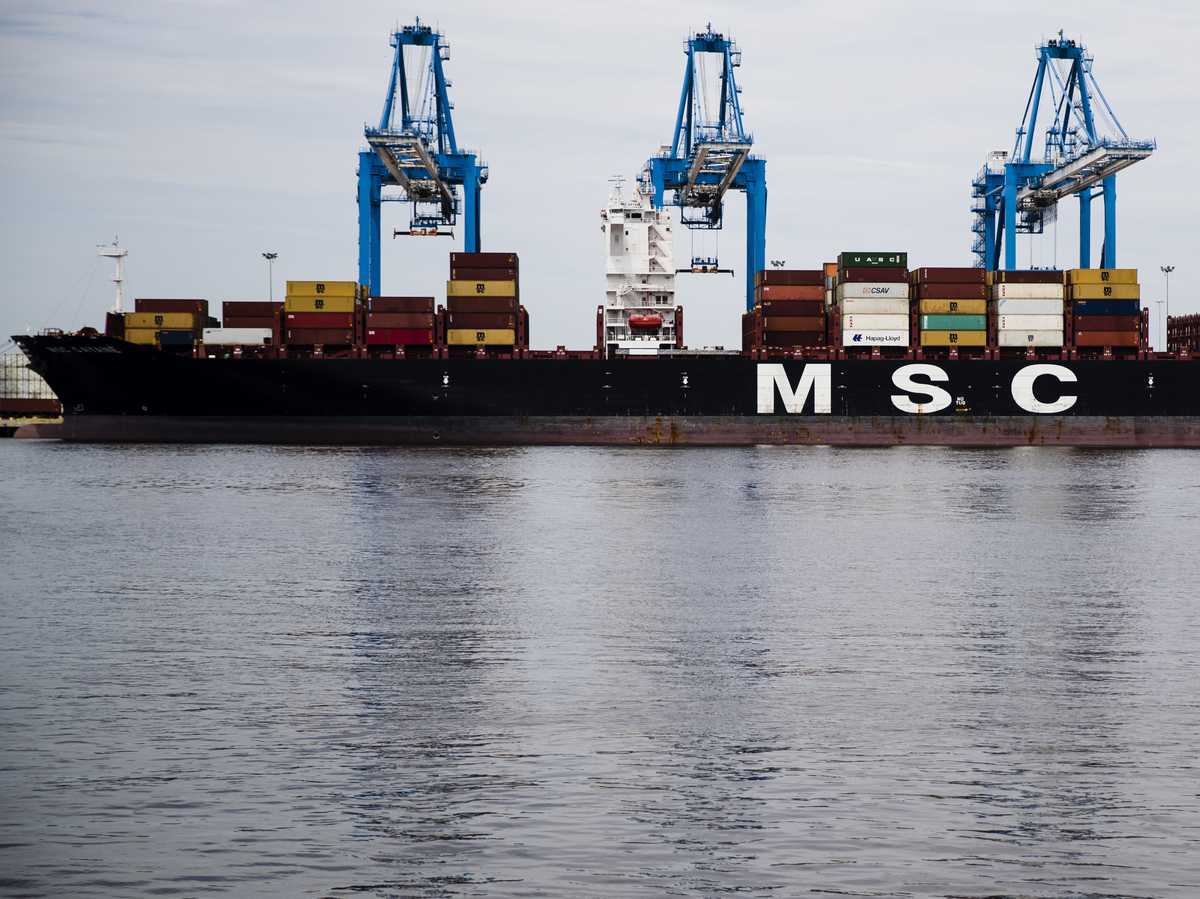 The MSC Gayane, pictured here at the Packer Marine Terminal in Philadelphia, was recently seized by federal authorities as part of an investigation linked to a massive cocaine bust.

Federal prosecutors in Philadelphia have seized a large container ship from a global shipping company weeks after authorities raided its cargo and found more than 35,000 pounds of cocaine, or about $1 billion worth of the drugs.

Officials described the June bust at the Port of Philadelphia as the largest cocaine haul in American history.

On Monday, authorities revealed that U.S. Customs and Border Protection obtained a search warrant to seize the container ship, MSC Gayane, which stretches 1,030 feet, or about the size of three football fields.

Bill McSwain, the U.S. Attorney for the Philadelphia area, said the ship will remain in the custody of the court, but authorities did not indicate whether any action would be taken against the ship's operator, Swiss-based Mediterranean Shipping Corp., since prosecutors are still collecting evidence in the case.

"When a vessel brings such an outrageous amount of deadly drugs into Philadelphia waters, my office and our agency partners will pursue the most severe consequences possible against all involved parties in order to protect our district – and our country," McSwain said in a statement.

Federal authorities have not disclosed whether the government intends to permanently possess the ship, yet authorities did say they are considering forfeiture proceedings.

Prosecutors have not accused shipping company MSC of any wrongdoing, but at least three of the company's ships have been raided by federal authorities this year. In February, agents found about 3,200 pounds of cocaine in one of its containers hauling mostly dried fruit in Newark, New Jersey. And in March, authorities discovered 13 large duffel bags full of cocaine transported in an MSC shipping container.

Feds Seize Estimated $1 Billion In Cocaine From Ship In Philadelphia

The company has not yet responded to the seizure of its ship, but last month, MSC said it is taking the raids "very seriously."

"Shipping and logistics companies are from time to time affected by trafficking problems. MSC has a longstanding history of cooperating with U.S. federal law enforcement agencies to help disrupt illegal narcotics trafficking and works closely with U.S. Customs and Border Protection," MSC said in a June statement.

An online ship tracker showed that the ship sails under the flag of Liberia and before arriving in Philadelphia in June, the vessel had been in the Bahamas, Panama, Peru and Colombia.

Six members of the crew from the June cocaine bust are facing charges including conspiracy to possess cocaine aboard a ship subject to U.S. jurisdiction. Authorities in Philadelphia say the investigation is still ongoing.

Although it is uncommon for the Justice Department to seize entire ships, it does happen occasionally. Manhattan prosecutors in May initiated a forfeiture proceeding against a carrier ship accused of illegally shipping coal from North Korea, an alleged violation of international sanctions.

International maritime regulations generally do not mandate that all cargo aboard container ships be individually examined since such inspections could slow the flow of commerce.