Accessibility links
13-Year-Old Scientist's Research Shows Hand Dryers Can Hurt Kids' Ears Research finds many hand dryers operate at noise levels that are harmful to children. Nora Keegan is the 13-year-old student who did the study in the Canadian journal Paediatrics & Child Health. 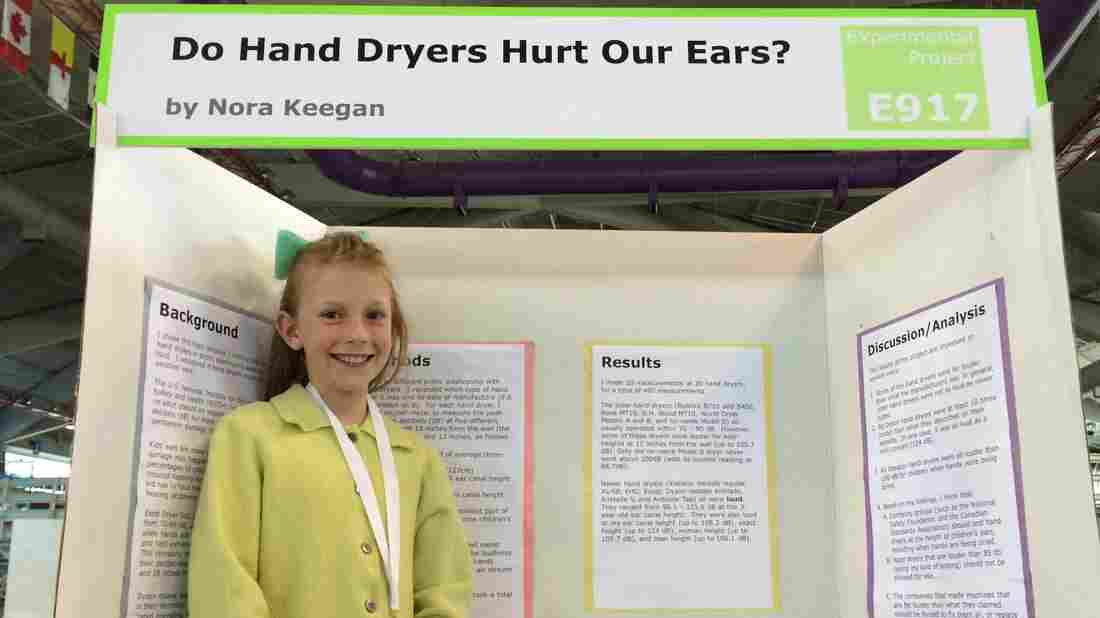 Nora Keegan, then in the fifth grade, presents her research findings in 2016. Courtesy of the Keegan family hide caption 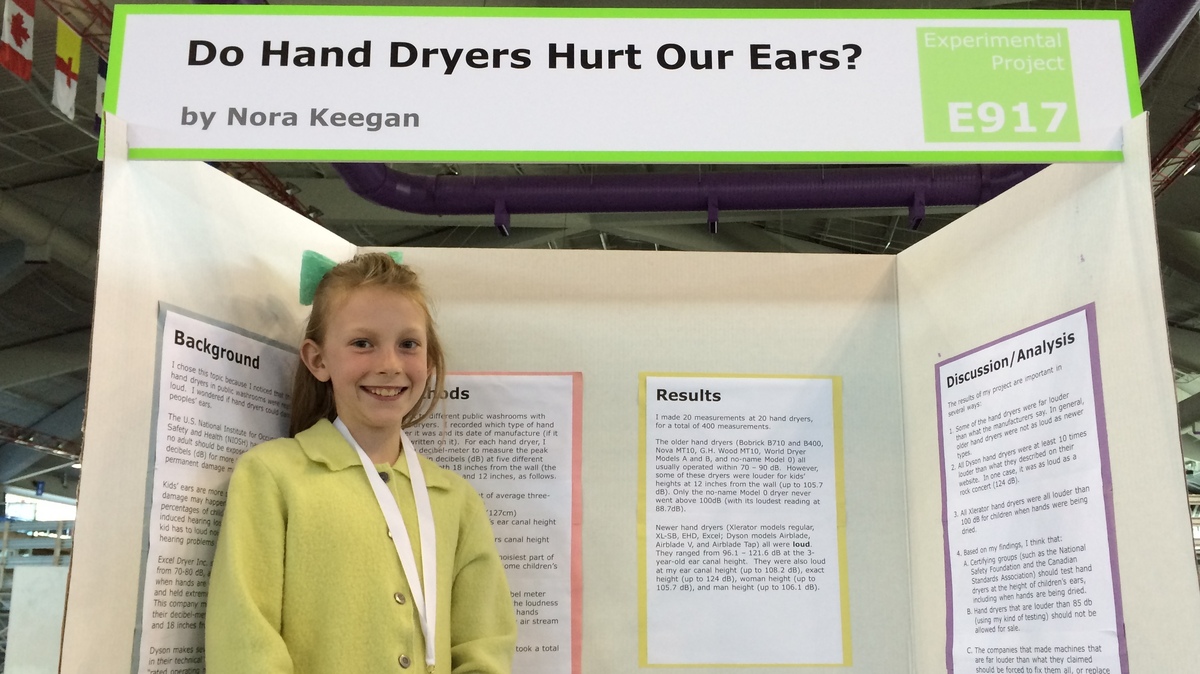 Nora Keegan, then in the fifth grade, presents her research findings in 2016.

Courtesy of the Keegan family

Hand dryers are ubiquitous in public restrooms, but according to research recently published in the Canadian journal Paediatrics & Child Health, the noise they make may be harmful to children's ears.

And the study's author can speak from personal experience.

"Sometimes after using hand dryers my ears would start ringing," 13-year-old Nora Keegan from Calgary, Canada, tells NPR. "I also noticed that children would not want to use hand dryers, and they'd be covering their ears."

So when she was 9, Nora decided to test the volume of hand dryers and find out if they were detrimental to children's hearing. Nora's research confirming her hypothesis was published in June. 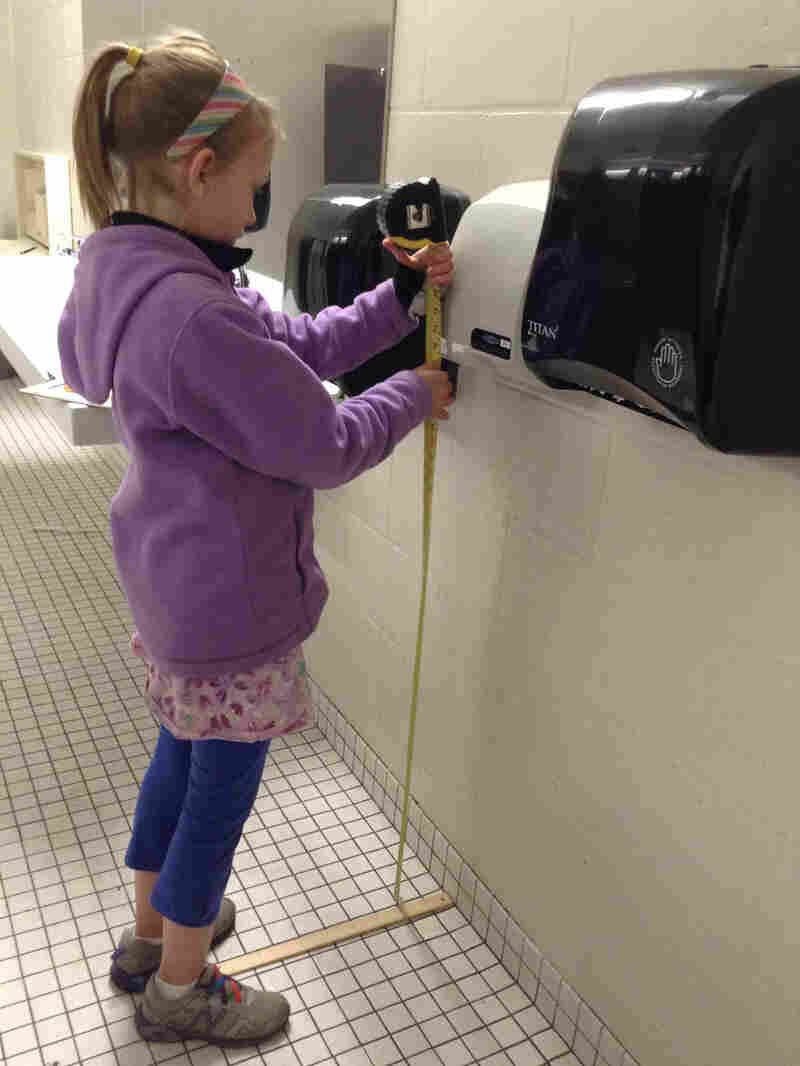 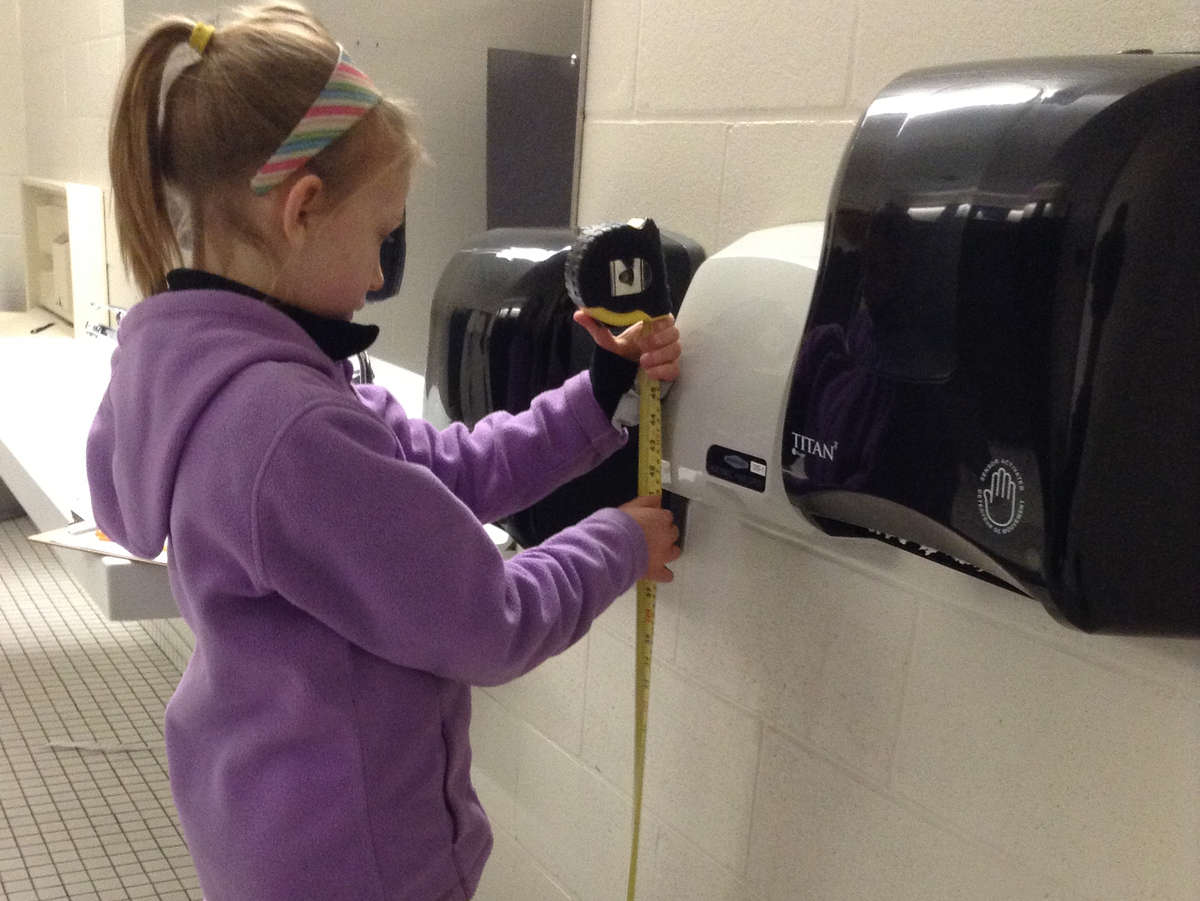 Courtesy of the Keegan family

"Hand dryers are actually really, really loud, and especially at children's heights since they're close to where the air comes out," says Nora, noting that children's ears are more sensitive.

For the study, which was conducted between 2015 and 2017, she visited more than 40 public washrooms in Alberta, Canada. She used a professional decibel meter to measure sound levels of hand dryers from various heights and distances.

The young scientist then presented her research at a Calgary Youth Science Fair earlier this year.

She discovered that Xlerator hand dryers and two types of Dyson Airblade hand dryers posed the greatest threats to children's hearing. These types all exceed 100 decibels — a volume that can lead to "learning disabilities, attention difficulties, and ruptured ear drums," according to the study.

"My loudest measurement was 121 decibels from a Dyson Airblade model," she says. "And this is not good because Health Canada doesn't allow toys for children to be sold over 100 decibels, as they know that they can damage children's hearing."

In response to these results, Dyson confirmed to NPR in an email that an acoustics engineer would be meeting with Nora to discuss her research. Excel Dryer, the company that sells Xlerator hand dryers, did not respond to a request for comment before this story was published.

"While some other units operated at low sound levels, many units were louder at children's ear heights than at adult ear heights," the study concludes.

Nora hopes her findings will spark more research into the issue and eventually lead Canada to regulate noise levels for hand dryers. But for now, she's taking a break and spending her summer like many 13-year-olds — at camp.

At Excel Dryer, we are committed to our customers.  User experience is very important to us, which is why all our high-speed, energy-efficient models come with adjustable sound and speed controls as a standard feature. This allows facilities the ability to choose the best settings for their restroom environments.

Ashley Westerman produced the broadcast version of this story.