Accessibility links
Ross Perot Dies At 89, Was Billionaire And Presidential Candidate "In business and in life, Ross was a man of integrity and action," his family said in a statement. Perot, who had battled leukemia, died Tuesday at his home in Dallas. 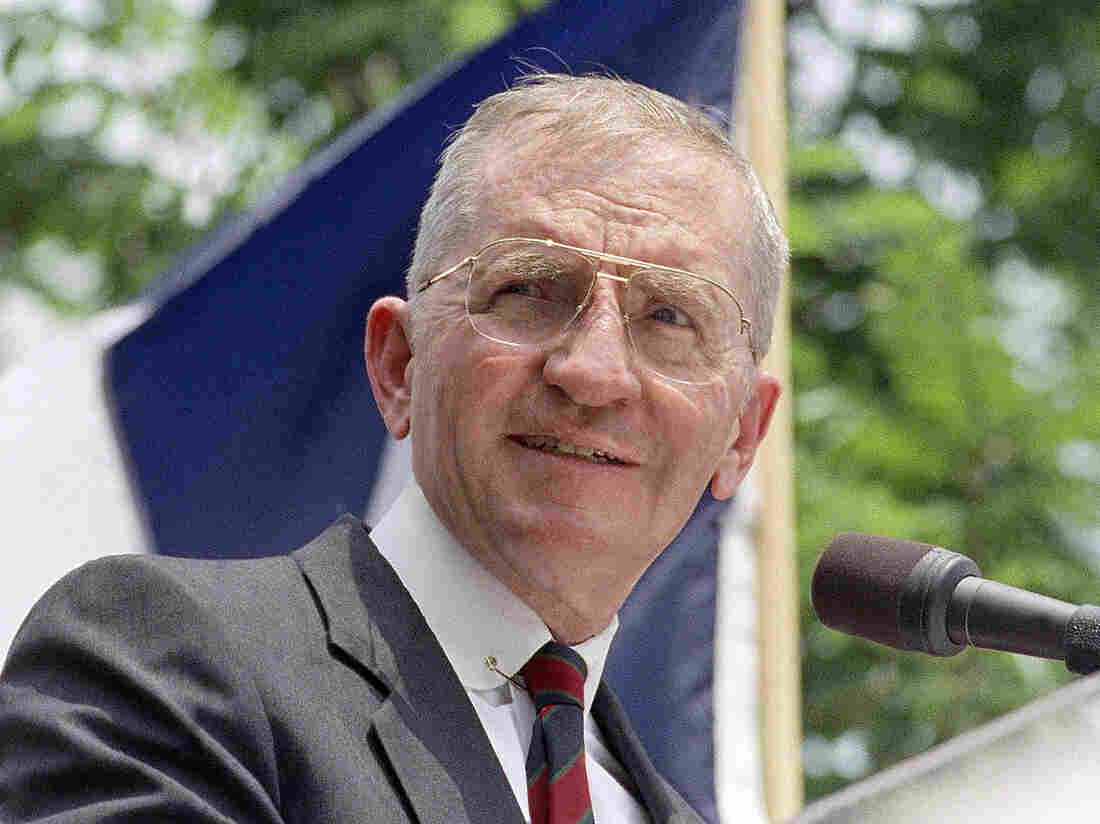 Ross Perot ran for president twice, in 1992 and 1996. He died on Tuesday in Dallas. AP hide caption 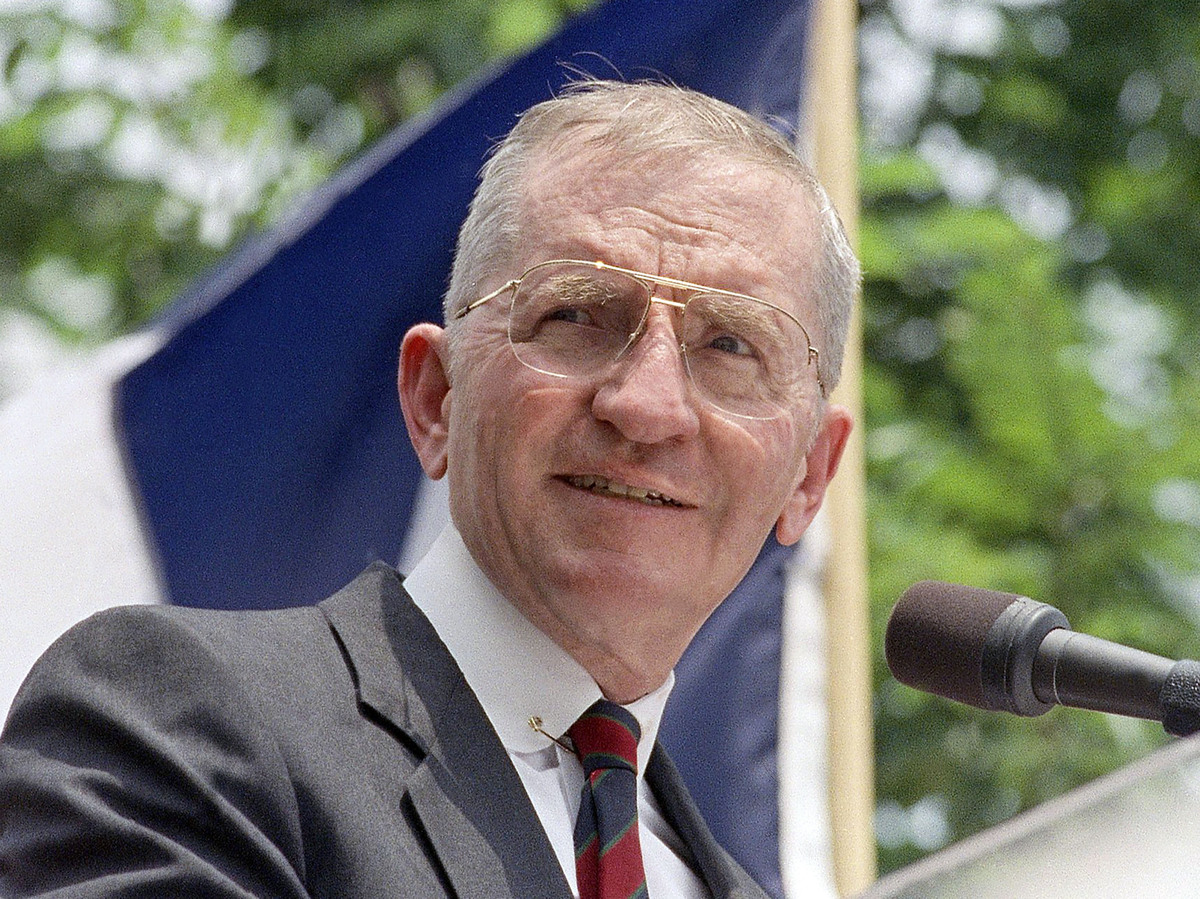 Ross Perot, the colorful Texas billionaire businessman who ran twice for president, first as an independent and then as a third-party candidate, died early Tuesday at his home in Dallas. He was 89.

Perot, who had battled leukemia, was surrounded by family members when he died, his family said in a statement.

"In business and in life, Ross was a man of integrity and action," the statement read. "A true American patriot and a man of rare vision, principle and deep compassion, he touched the lives of countless people through his unwavering support of the military and veterans and through his charitable endeavors."

Henry Ross Perot was born in 1930 in Texarkana, Texas. He graduated from the U.S. Naval Academy and worked for several years at IBM. He went on to make his fortune in the tech industry, founding computer services company Electronic Data Systems in 1962 and Perot Systems in 1988.

In 1979, he famously financed a rescue mission for two employees of Electronic Data Systems who had been detained in Iran.

Perot won nearly 19% of the popular vote in the race, which was ultimately won by Bill Clinton. 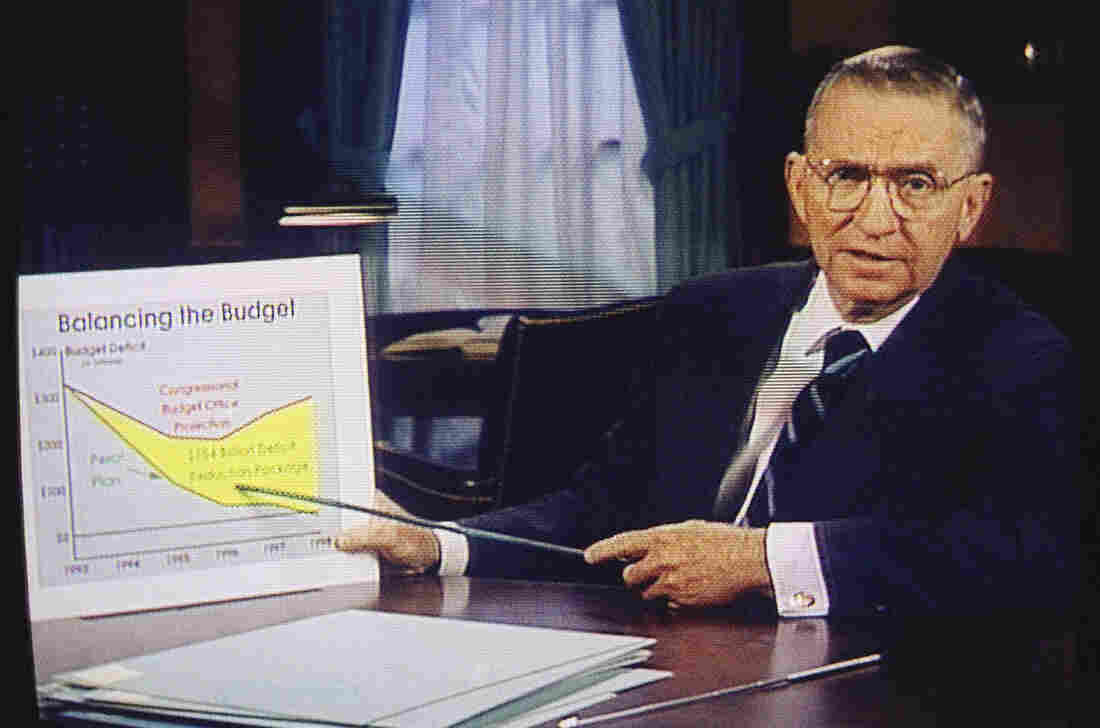 Ross Perot, shown here during a 1992 campaign commercial, made cutting the national debt a centerpiece of his presidential runs. AP hide caption

"He burst on the scene as something of a phenomenon," NPR Washington editor and correspondent Ron Elving says, adding that Perot received "the most votes for anyone other than the Republican or Democratic nominee since Teddy Roosevelt back in 1912." Perot performed particularly well in rural counties, Elving says, though he didn't win any states.

During his 1992 campaign, he ran TV campaign ads that stretched half an hour long. "I love the fact that people will listen to a guy with a bad accent and a poor presentation manner talking about flip charts for 30 minutes, because they want the details," he said during a presidential debate.

Perot founded the Reform Party and ran for president again in 1996. "I have no desire to be in public life, as far as having to live up there in a bubble and put up with all this stuff, you know. I think I'd rather have heart surgery without anesthetic, but having said that, if the members in 1996 insist that I run again, I will do it for them," he said prior to the vote. "If that's what we have to do to shock the system and to get the changes, we'll do it."

He won more than 8% of the popular vote.

Both times he ran, his platforms were "centered on campaign reform, protecting American workers from outsourcing and cutting the national debt," his website states. Perot was particularly outspoken against the North American Free Trade Agreement and frequently referred to the "giant sucking sound" it would create.

In 2000, Perot opted not to run, and the Reform Party went through a nominating process — and Elving notes that "one of the people who got interested in that and briefly ran in it was Donald Trump."

Texas Gov. Greg Abbott said in a statement that Perot "exemplified what it means to be a Texan and an American." He said that the businessman's rise showed that Perot was "an exemplar of the American dream."