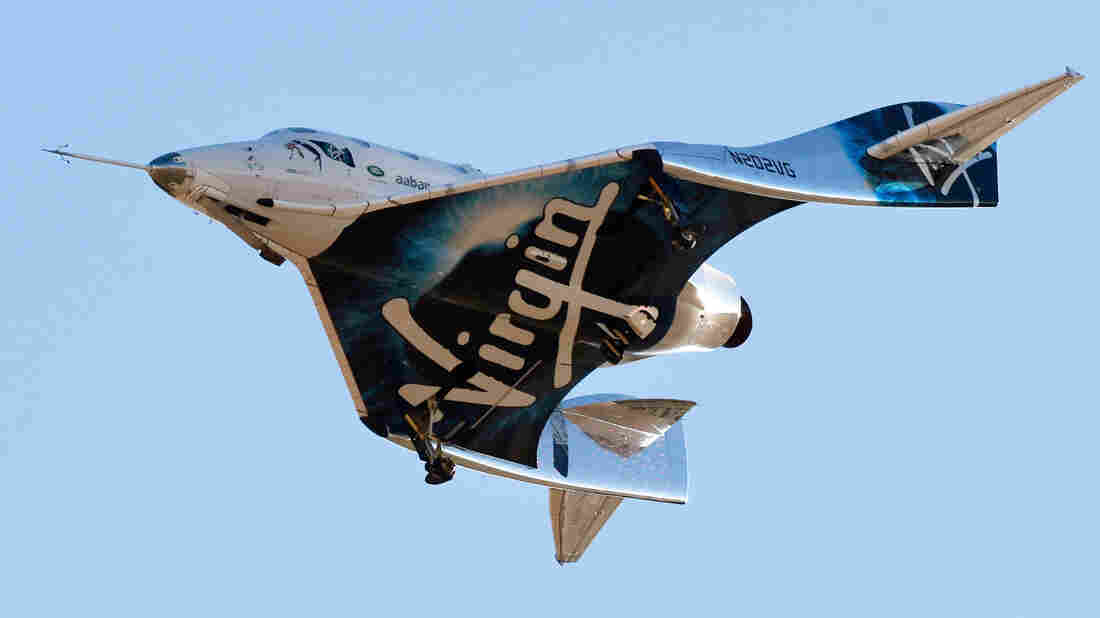 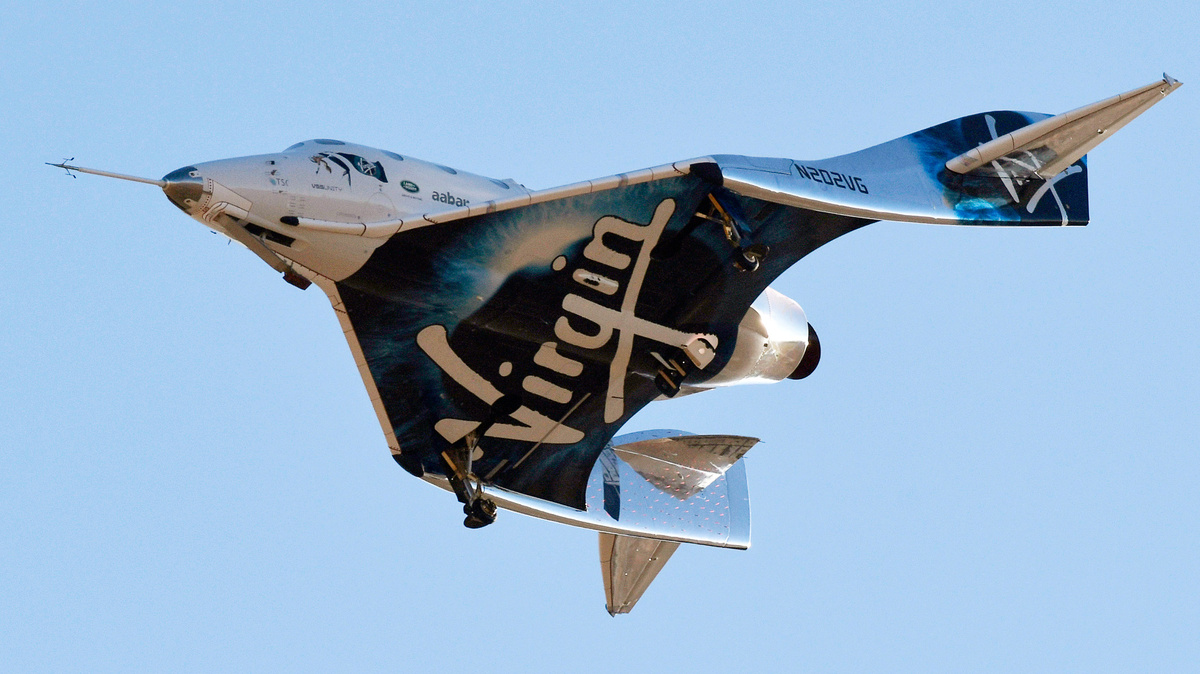 Virgin Galactic's space tourism rocket plane SpaceShipTwo returns after a test flight in California on Dec. 13, 2018. Billionaire Richard Branson is partnering with a group of investors to take his space tourism company public.

Virgin Galactic, the space tourism company founded by billionaire Richard Branson, is preparing to enter the stock market by the end of 2019, through a merger with an existing company.

It would be the first spaceflight company to be publicly owned; Jeff Bezos' Blue Origin and Elon Musk's SpaceX are both privately held.

Virgin Galactic was founded in 2004 and experienced a significant setback in 2014 when a test flight fatally crashed. But within the past year, the company has successfully taken two crewed spaceflights.

More than 6o0 people have paid to reserve spots on future commercial flights — putting down a collective $80 million in deposits, according to Virgin Galactic, and on the hook for another $120 million by the time they actually visit space.

But to make those flights a reality, the company needs more funds. Branson was discussing a substantial investment from Saudi Arabia, but he canceled those plans after the killing of journalist Jamal Khashoggi.

Now, a group of investors is working with Branson to take Virgin Galactic public, as an alternative way of raising money.

Palihapitiya was an early executive at Facebook. Adam Bain, the former chief operating officer of Twitter, is another major investor in the plan.

By merging with Social Capital Hedosophia, Virgin Galactic will be able to go public without needing to organize an initial public offering.

"We know that millions of people are deeply inspired by human spaceflight, would love to become more involved and, ultimately experience space for themselves," Branson said in a statement on Monday, before the details of the plan were announced. "By taking Virgin Galactic public, at this advanced point in its development, we can open space to more investors and in doing so, open space to thousands of new astronauts."