Accessibility links
Trump Defends Labor Secretary Acosta Over Epstein Plea Deal President Trump said Alexander Acosta has done a good job leading the Labor Department but will look into his involvement in a decade-old plea agreement with the financier accused of sex trafficking. 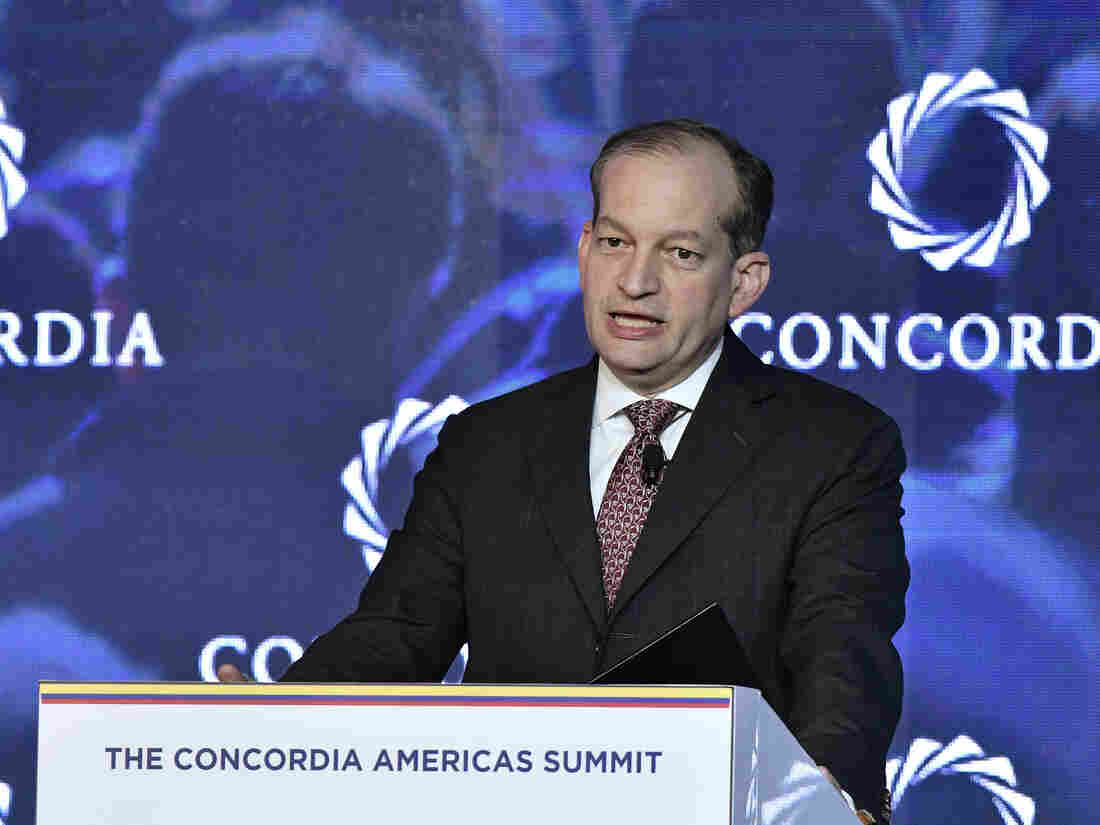 Secretary of Labor Alexander Acosta speaks at an event in Bogotá, Colombia, in May. Acosta is coming under criticism for his actions in a sex trafficking case involving Jeffrey Epstein when Acosta was a U.S. attorney in Florida. Gabriel Aponte/Getty Images for Concordia Summi hide caption 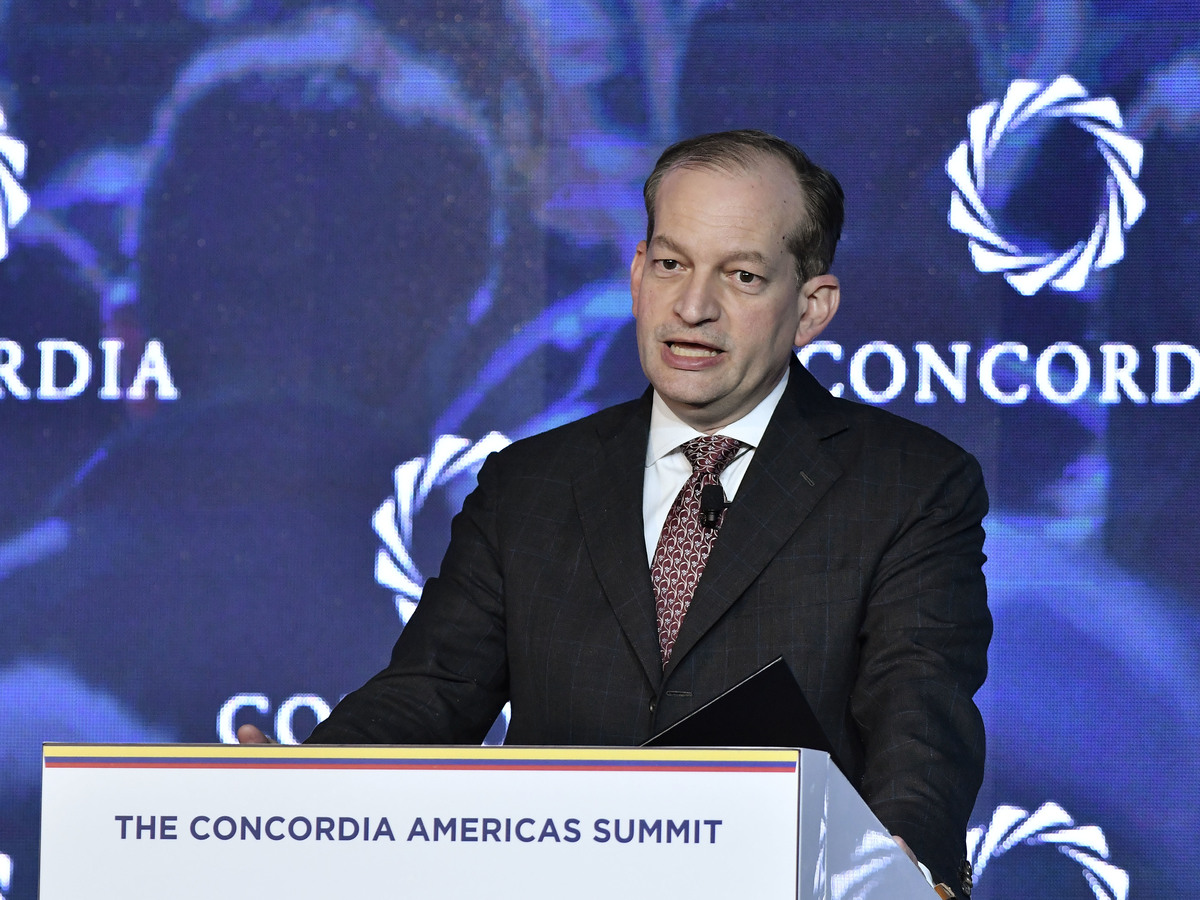 Secretary of Labor Alexander Acosta speaks at an event in Bogotá, Colombia, in May. Acosta is coming under criticism for his actions in a sex trafficking case involving Jeffrey Epstein when Acosta was a U.S. attorney in Florida.

President Trump is standing by Labor Secretary Alexander Acosta, at least for now.

Acosta is facing calls for his resignation after new sex trafficking charges were filed against multimillionaire Jeffrey Epstein on Monday.

Back in 2007, Acosta, who was then a U.S. attorney, oversaw a plea agreement that gave Epstein immunity from federal prosecution and allowed him to plead guilty to lesser state charges. At the time, Epstein was accused of sexually abusing young girls.

Asked about Acosta, Trump said the plea deal happened many years ago and that he did not think this was a decision that Acosta made on his own.

"What I do know is that he's been a really, really great secretary of labor. The rest of it, we will have to look at," Trump said.

Acosta defended his actions in a series of tweets on Tuesday.

"With the evidence available more than a decade ago, federal prosecutors insisted that Epstein go to jail, register as a sex offender and put the world on notice that he was a sexual predator," Acosta said.

With the evidence available more than a decade ago, federal prosecutors insisted that Epstein go to jail, register as a sex offender and put the world on notice that he was a sexual predator.

The indictment alleges that from at least 2002 to 2005, Epstein "enticed and recruited" underage girls to his Manhattan mansion and his estate in Palm Beach, Fla., to engage in sex acts with him, after which he would pay the victims hundreds of dollars. To "maintain and increase his supply of victims," Epstein paid some of the girls to recruit other victims, prosecutors say.

Trump denied any significant ties between Epstein and himself. In a 2002 New York magazine article, Trump was quoted describing Epstein as a "terrific guy." The magazine also quoted Trump as saying that Epstein "likes beautiful women as much as I do, and many of them are on the younger side."

Trump told reporters Tuesday: "I knew him like everybody in Palm Beach knew him. ... He was a fixture in Palm Beach."

Democrats have stepped up their calls for Acosta to step down.

Senate Minority Leader Chuck Schumer called on Acosta to resign, saying, "It is now impossible for anyone to have confidence in Secretary Acosta's ability to lead the Department of Labor. If he refuses to resign, President Trump should fire him."

Schumer also called for the Justice Department to release the results of its review of Acosta's handling of the Epstein case and for Congress to hold hearings.

House Speaker Nancy Pelosi called for Acosta to resign in a tweet on Monday night, saying "As US Attorney, he engaged in an unconscionable agreement w/ Jeffrey Epstein kept secret from courageous, young victims preventing them from seeking justice. This was known by @POTUS when he appointed him to the cabinet."

The Senate's top Republican, Majority Leader Mitch McConnell, sidestepped a question about whether Acosta should step down.

"There's no question that the accusations against Epstein are horrendous and I think it's good news that they are being pursued further," said McConnell. "As to Secretary Acosta's continued service, he serves as the pleasure of the president and I'm inclined to defer to the president to make that decision."