Accessibility links
Appeals Court Upholds Ruling Saying Trump Can't Block Critics On Twitter The judges upheld a lower court decision that found Trump used the platform for official purposes, which precludes him from banning users because they disagree with his views. 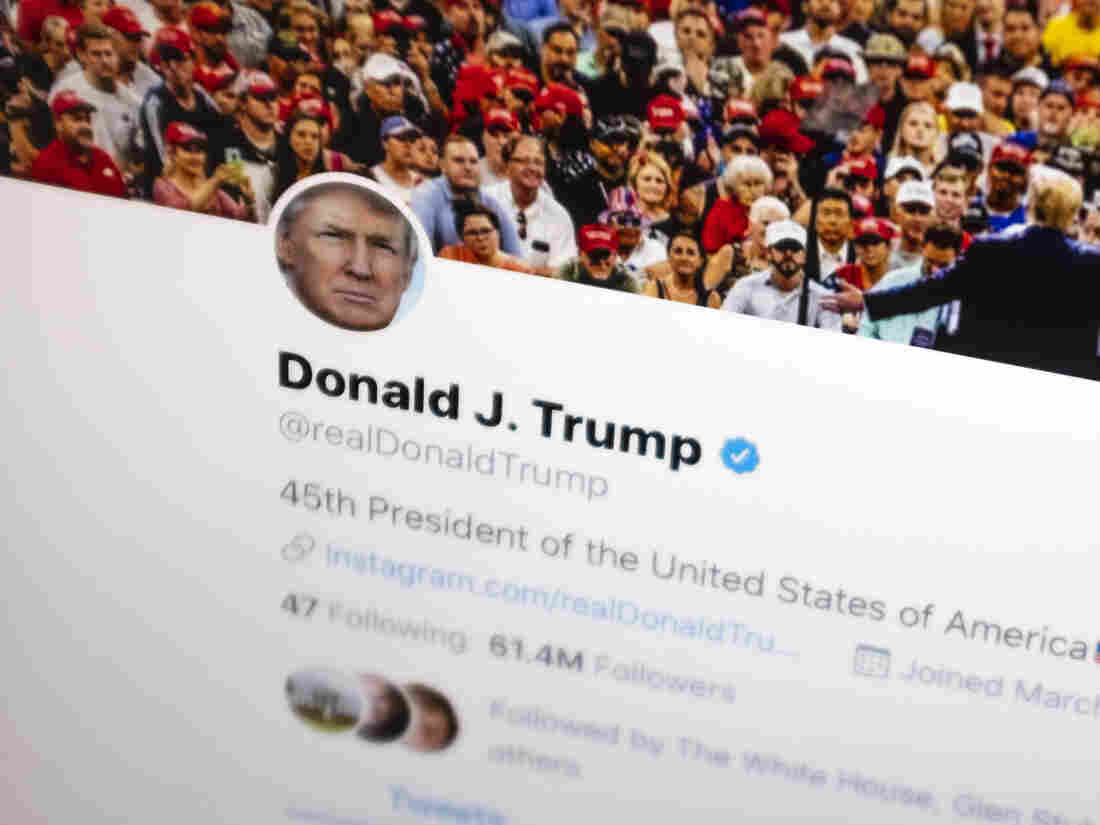 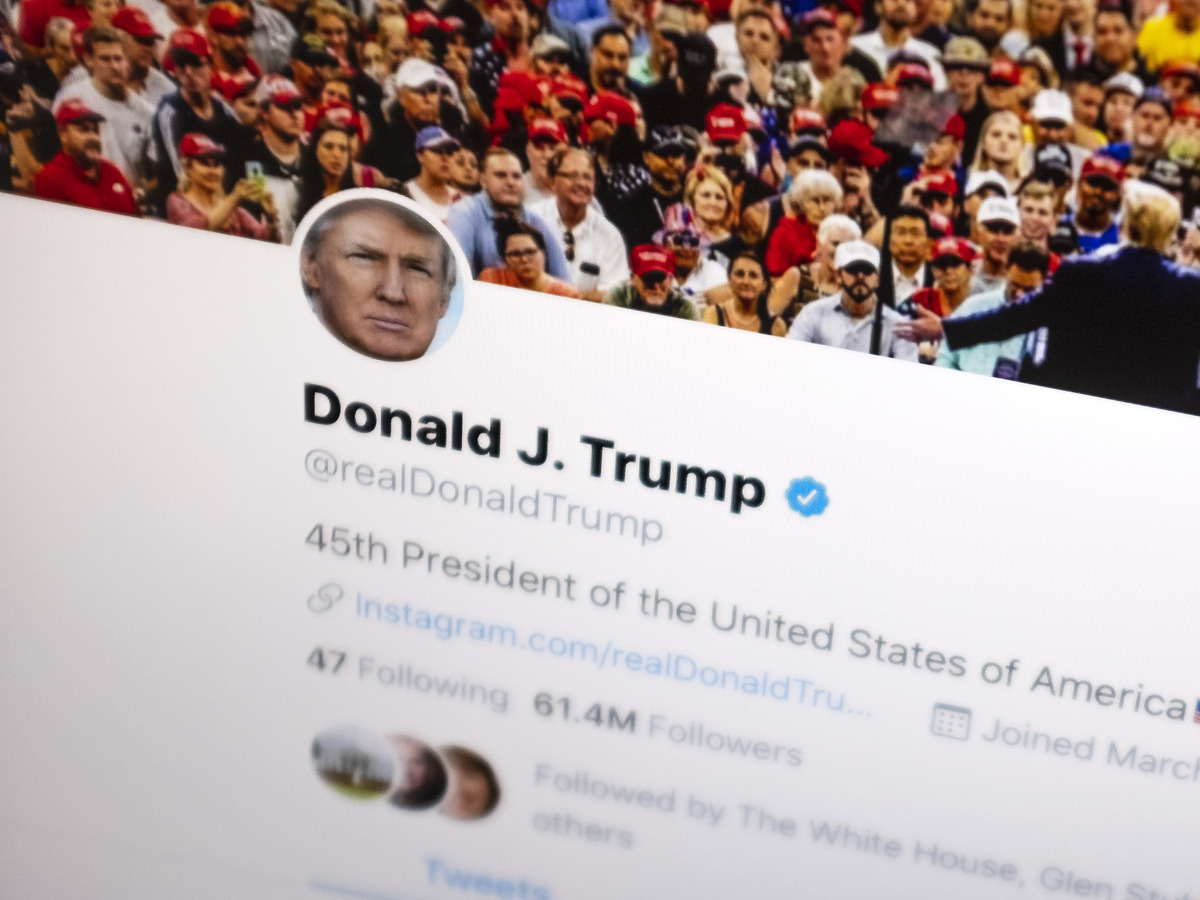 On Tuesday, a federal appeals court upheld a lower court's ruling that President Trump cannot block people he disagrees with from his Twitter account. Above, Trump's Twitter feed is seen on June 27.

In a 29-page ruling on Tuesday, a three-judge panel of the 2nd U.S. Circuit Court of Appeals unanimously upheld a lower court's decision that found that Trump violated the First Amendment when he blocked certain Twitter users, because he uses his Twitter account "to conduct official business and to interact with the public." By preventing critics from accessing his feed, the president is barring them from participating in what the judges deemed a public forum.

"[The] First Amendment does not permit a public official who utilizes a social media account for all manner of official purposes to exclude persons from an otherwise-open online dialogue because they expressed views with which the official disagrees," the judges wrote.

The case stems from a lawsuit filed by the Knight First Amendment Institute at Columbia University on behalf of seven people who were blocked from the @realDonaldTrump account after posting replies criticizing the president and his policies. That meant the users could not view the president's tweets, reply directly to them or use the account's webpage to view the comment threads associated with Trump's tweets.

"Public officials' social media accounts are now among the most significant forums for discussion of government policy," Jameel Jaffer, the Knight Institute's executive director, who argued the case before the 2nd Circuit panel in March, said in a statement.

"This decision will ensure that people aren't excluded from these forums simply because of their viewpoints, and that public officials aren't insulated from their constituents' criticism," Jaffer said. "The decision will help ensure the integrity and vitality of digital spaces that are increasingly important to our democracy."

Several of the plaintiffs celebrated the legal victory on Twitter.

Buckwalter-Poza, who is a writer and legal analyst in Washington, D.C., said she was banned from the president's feed after a comment she posted about Russia's involvement in the election was retweeted by thousands of people.

"Take us to the Supreme Court if you dare @realDonaldTrump," wrote plaintiff Eugene Gu, a California surgeon and scientist.

“If the First Amendment means anything, it means that the best response to disfavored speech on matters of public opinion is more speech, not less.”
—Second Circuit Court of Appeals

So we beat Trump in court. Again.

Take us to the Supreme Court if you dare @realDonaldTrump.

Plaintiff Holly Figueroa, a Grammy-nominated songwriter and one of the national organizers of the March for Truth movement, wrote in a June 2017 piece for The Washington Post that she had "accumulated a very vocal group of Twitter followers who cheer me on when I troll the president." But she says she was blocked in May 2017 after a tweet in which she called Trump a "bloody idiot."

"The Founding Fathers didn't foresee Twitter, but they certainly provided a framework to make sure we could always engage with the people who purport to represent us," Figueroa wrote.

The government had argued that Trump acted as a private Twitter user when he blocked people on the social media platform, "because the function is available to all users." But the panel of judges said that argument "founders in the face of the uncontested evidence" that Trump's account is "one of the White House's main vehicles for conducting official business."

The court also noted that then-White House press secretary Sean Spicer said in 2017 that Trump's tweets should be considered "official statements by the President of the United States."

"In resolving this appeal, we remind the litigants and the public that if the First Amendment means anything, it means that the best response to disfavored speech on matters of public concern is more speech, not less," the judges wrote.

Trump has not tweeted about the ruling, but Justice Department spokeswoman Kelly Laco said in a statement to NPR, "We are disappointed with the court's decision and are exploring possible next steps."

An earlier version of this story said Holly Figueroa was blocked from President Trump's Twitter account in May 2018. She was actually blocked in May 2017.