Accessibility links
Drop In Migrant Flow Across U.S.-Mexico Border In June About 104,000 migrants were taken into custody after crossing the Southwest border — a 28% drop from May. The hot-weather drop "outpaces last year's decline by 11 percent," DHS said. 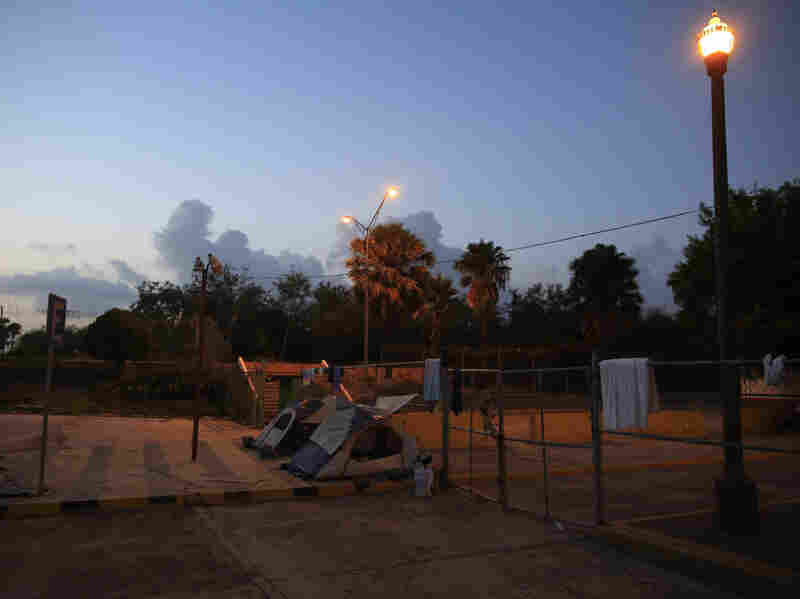 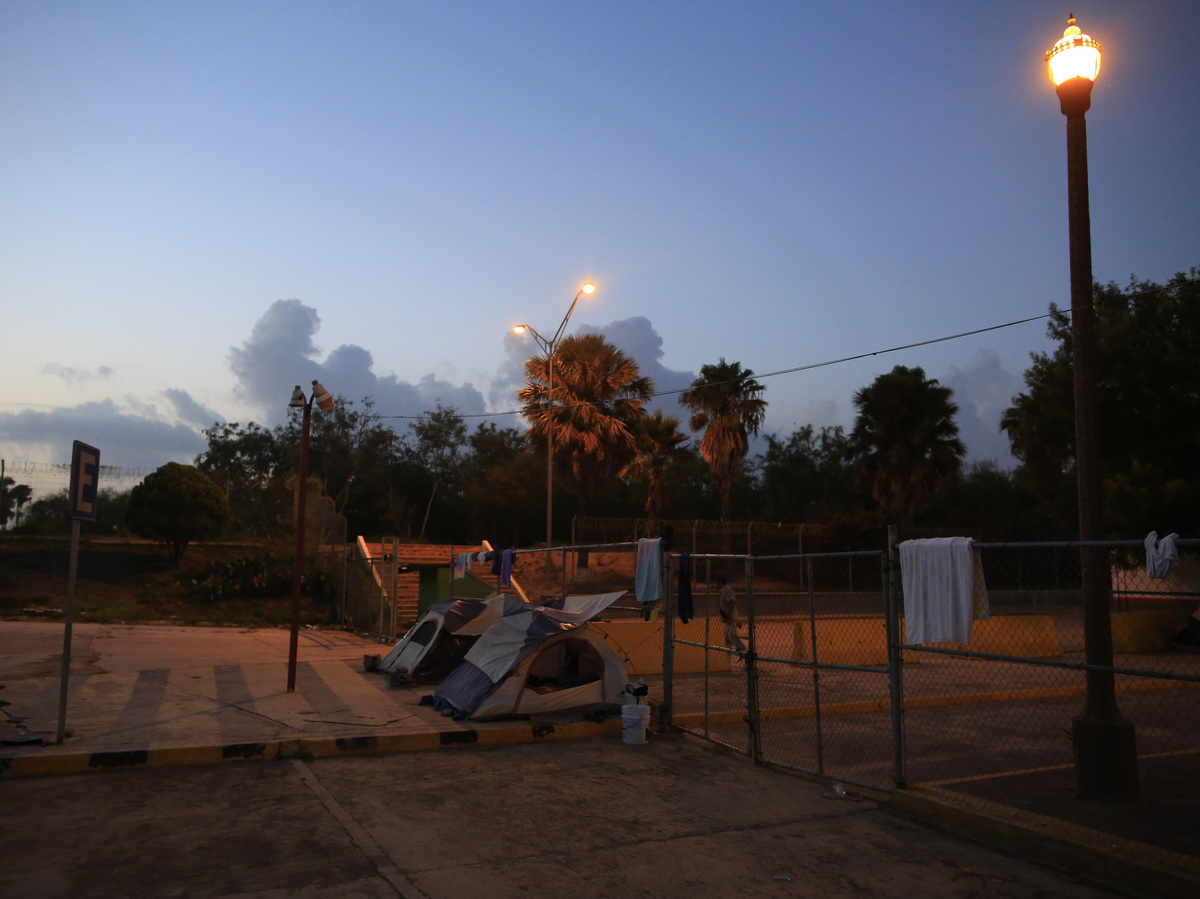 Tents belonging to migrants at the entrance to the Puerta Mexico international bridge in Matamoros, Tamaulipas state, Mexico, last week.

For the first time this year, the number of migrants taken into custody by immigration authorities after crossing the Southwest border dropped in June.

The Department of Homeland Security announced on Tuesday that about 104,000 migrants were taken into custody after crossing the Southwest border — a 28% drop from May.

Migrant flows typically slow down in the hotter summer months, and federal officials credited Mexico with doing more to secure its borders and stop migrants from crossing into the U.S.

Still, the number of migrants DHS reported taking into custody remains high. DHS noted that that the total number of apprehensions in the first six months of this year is 140% higher than the same period last year.

"We are still in an ongoing border security and humanitarian crisis," the department said in a statement. "We are past the breaking point and in a full-blown emergency. This situation should not be acceptable to any of us."

Immigration authorities apprehended more than 144,000 unauthorized border crossers in May, including a record number of families and unaccompanied minors. Many of them are fleeing violence and poverty in Central America and seeking asylum.

The influx led to overcrowded and unsanitary conditions for migrants in detention — which has sparked a growing national outcry.

DHS said the decline in unauthorized border crossers in June will help ease "capacity challenges" in Border Patrol facilities and allow the agency to more quickly move unaccompanied migrant children to shelters run by the Department of Health and Human Services.

Acting Homeland Security Secretary Kevin McAleenan has acknowledged the challenges on the border but denied reports that children did not have adequate food and water.

The Trump administration had put pressure on Mexico to do more to stop the migrant flow, and President Trump threatened tariffs unless Mexico acted.

Since then, Mexico has deployed National Guard and federal police to secure its northern and southern borders, and it has agreed to expand what's known as the Remain in Mexico program, which requires asylum seekers to wait in Mexico for their day in U.S. immigration court.

"Since the administration reached a new agreement with Mexico, we've seen a substantial increase in the number of interdictions on the Mexican southern border," DHS said in its statement.

The Remain in Mexico program expanded this week to another border city, with the first group of asylum seekers being sent from Laredo, Texas, to Nuevo Laredo, Mexico, according to the mayor of Laredo and Mexican officials.

Immigrant advocates say the policy has left thousands of people stranded in dangerous border cities, including Tijuana and Ciudad Juarez.

Nuevo Laredo, in the Mexican state of Tamaulipas, also is considered dangerous. The U.S. State Department warns Americans not to visit the state because of high rates of kidnapping and other crimes.