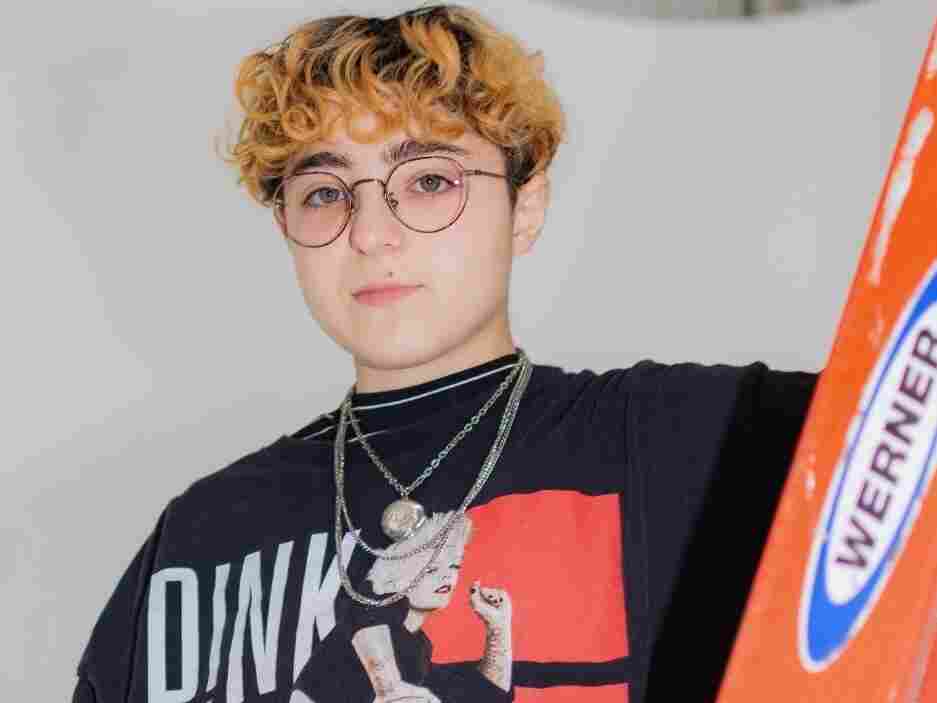 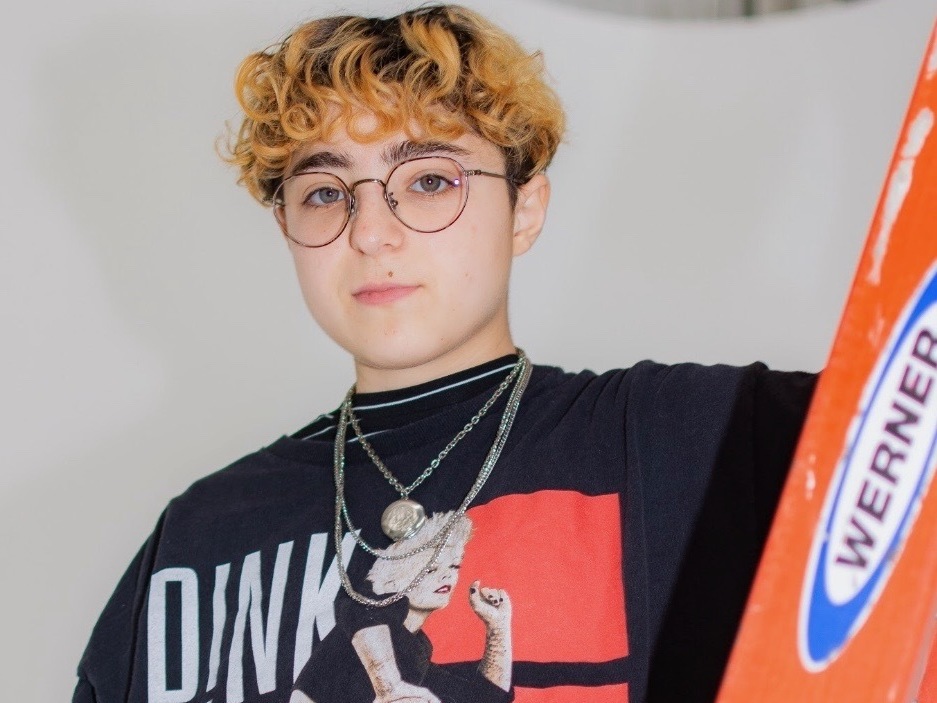 Kyle Smith /Courtesy of the artist

New York isn't the easiest home base for musicians. Rents for apartments and rehearsal space are ridiculously high (to put it mildly), the competition for a club booking is ruthless and day jobs are necessary. Still, some hardy, stubborn bands and artists are dead set on making it in New York: These determined souls squirrel themselves away in bedroom studios in Bushwick or East Harlem, diligently releasing singles and demos online when they're not hauling gear to tiny venues across the five boroughs, hoping a few folks catch their early set.

At WFUV, we're sent new music every minute of every day from bands all over the world, but we're always excited to hear artists from our hometown. After all, highlighting local acts is an integral part of what we do. Choosing a shortlist of just 10 New York bands and artists was a tough task — you should see our longlist of bands we all like — but we came to a consensus about these intriguing up-and-comers.

A year ago, this soulful sextet with a fondness for '70s-era slow grooves — and even airy flute solos — released its debut album, Predictions. The dreamy three-part harmonies and breezy vibes recall Friends of Distinction, Shuggie Otis and The 5th Dimension. However, sharp political undercurrents in songs like "Sisters Unarmed" set the music of 79.5 firmly in the present day.

Bandits On The Run

No New Yorker is fond of the MTA, but Bandits on the Run might be the exception to that rule: The band's ode to the subway, "Love on the Underground," was one of the standout entries to NPR Music's 2019 Tiny Desk Contest. The musician/actor friends have an inventive backstory; cellist Sydney Shepherd, guitarist Adrian Enscoe and Regina Strayhorn on melodica all sing with a knack for keening harmonies — and they've got a quirky sense of humor, conjuring their own fictional Rififi-style narrative and aliases. The band has made it from the L platform to street level: It's toured Europe and is a regular at New York venues like Mercury Lounge and City Winery.

Brooklyn's Claud Mintz, who used to record as Toast, released the breezy and delectably catchy single "Easy" — an uneasy reflection on a secretive relationship — early in 2019. That Spotify sensation was followed by "If I Were You," another gently self-lacerating groove. Their most recent single, "Wish You Were Gay" (not to be confused with the Billie Eilish song), is far more forthright about the isolation of unrequited love. That vulnerability, brushed with Claud's soft, husky voice and astute pop instincts, is potent.

Adrift in woozy sing-song sighs, Crumb's "Nina" — one of 11 dreamy songs from the Tufts University-bred, Brooklyn-based quartet's captivating 2019 debut album, Jinx — is a psychedelic urban lullaby that happens to be one of the year's most bewitching singles. Guitarist and singer Lila Ramani 's lovely, beckoning wisp of a voice, which threatens to topple off of its unsteady perch in "Fall Down," is buoyed by Brian Aronow's cascading synths, Jesse Brotter's jazzy basslines and Jonathan Gilad's slippery beat, and topped by dense reverb. It's all delectable. Crumb's members have expertly shaped their sound in three years via innumerable gigs, becoming Internet sensations in the process, but it's their superb live shows that have really endeared them to local fans.

Queens-raised Candace Camacho, who takes on the mantle of Duendita for her music, has a crystalline alto that cuts through the air with angelic beauty. She looks to her own spiritual awakening and Afro-Latinx identity as a source of inspiration: Her 2018 debut album is called direct line to my creator. There's a prayerful reverence to tracks like "Magdalena" and "I'ma Get You," but skittering beats and jazzy tangents help push her sound along, too. Camacho has been candid about her own struggles with sadness in interviews, but her music is so uplifting that she perseveres to heal not only herself, but also anyone who discovers her transcendent songs.

On their first full album in four years, Pity Boy, Mal Blum's jittery, off-kilter rock songs crackle with exasperation ("I Don't Want To") and examine ambiguous conversations ("Things Left to Say"). The New York musician is a witty and observant lyricist: Their song "Salt Flats," all slow-building murmurs and metaphor, brutally and artfully deconstructs a relationship in four and a half minutes.

Zamchick wields mallets and plays vibes on her debut single and Tiny Desk Contest breakthrough "Electric Palms." But it's the New York City singer, songwriter and multi-instrumentalist's malleable croon, which flutters between sweet ("Mountain Top") and salty ("I Wanna Be the One"), that's most memorable. Zamchick, who's also an actress, voiced the character of a guinea pig in the children's TV series Wonder Pets, but she's more like a ferocious bluebird, especially in songs like "Get Gone."

Katie Schottland's debut album, Wild Sight, is a rush of gorgeous, labyrinthine harmonies and reveries. The ephemeral denouement of "1988," which virtually fades into mist, or the percussive claps that launch the heavenly choir of "Got Things," finds the Brooklyn songwriter and guitarist straddling multiple worlds; her elusiveness and experimentation beguiles. Schottland says that a broken foot, from which she recuperated with the company of her guitar and Neil Young songs, led her to Swimming Bell and Wild Sight. But along the way she's learned to fly far beyond simple folk-rock, too, blurring boundaries and genres.

You've got to love a quartet that calls itself "the worst band in Bushwick" in its Instagram bio. The Britanys' 2018 mixtape, 1-833-IDK-HTBA [I Don't Know How To Be Alone], was a triumph for the band, which has been around since 2013. Although frequently compared to The Strokes (the fate of any indie-rock guitar band in the five boroughs), there's more of a Sheffield swagger to The Britanys' sound: "When I'm With You" or "I Don't Know How to Be Alone" both recall The Last Shadow Puppets or Arctic Monkeys. But The Britanys' lyrics have weight, too, tackling loneliness and the wasteland of technology in America.

The classically trained sisters Catherine and Anna Wolk make lush, eloquent pop that reverberates with a chilly sense of unease. "Small Moves," the title track of Verdigrls' new EP, shivers with sweeping synths and scratchy strings, while the beautiful and mournful "Daylight Savings" is an anthem of big-city doubt that dissolves into a dreamy sigh of cello and violin.