Accessibility links
Sonic Devices in Philadelphia Parks Target Teens Philadelphia parks officials have implemented a device called the Mosquito, which only people under age 25 can hear, in an effort to decrease loitering and vandalism late at night.

Can You Hear It? Sonic Devices Play High-Pitched Noises To Repel Teens

Can You Hear It? Sonic Devices Play High-Pitched Noises To Repel Teens 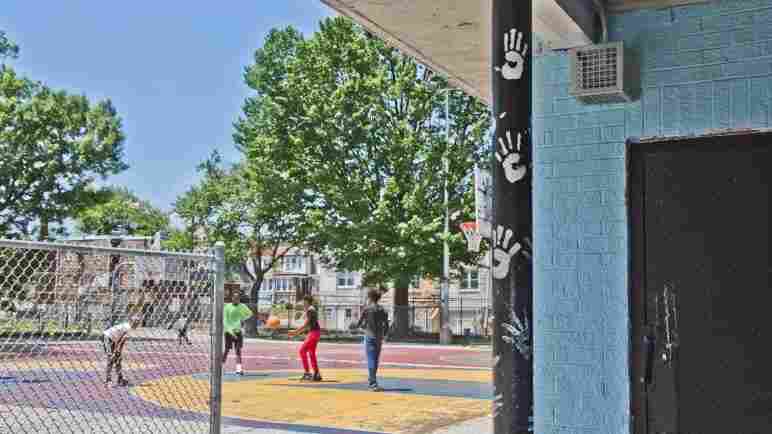 A sonic device is seen (at top right) at Barrett Playground in Philadelphia. Thirty parks in the city have the devices, which emit a constant, high-pitched noise that only teenagers and young adults can hear. Kimberly Paynter/WHYY hide caption 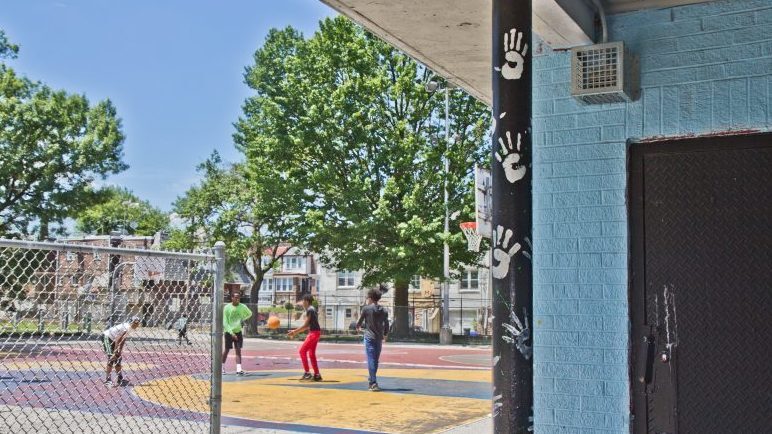 A sonic device is seen (at top right) at Barrett Playground in Philadelphia. Thirty parks in the city have the devices, which emit a constant, high-pitched noise that only teenagers and young adults can hear.

In Philadelphia, 30 parks and recreation centers are outfitted with a small speaker called the Mosquito. It blares a constant, high-pitched ringing noise all night long — but one that only teenagers and young adults can hear.

Anyone over age 25 is supposed to be immune because, basically, their ear cells have started to die off.

Can you hear it? Listen here (30 seconds in)

Philadelphia parks officials have been installing the device since 2014, reported WHYY's Billy Penn, intending to shoo rowdy youths from the premises.

And it's not the only U.S. city to do so. Mosquito's Vancouver-based manufacturer Moving Sound Technologies works with roughly 20 parks departments around the country to implement the youth-repellent devices, says president Michael Gibson.

It's intended to prevent loitering and vandalism by teens and young adults at public facilities. But some say this age-based targeting is a form of prejudice.

Philadelphia City Council member Helen Gym refers to the devices as "sonic weapons" — and she's working to get them removed.

"In a city that is trying to address gun violence and safe spaces for young people," Gym said, "how dare we come up with ideas that are funded by taxpayer dollars to turn young people away from the very places that were created for them?"

It makes us feel like animals. Not all teens are bad, just because we want to go outside for a breath of fresh air at night.

"It does feel a little [discriminatory] against teens," agreed 17-year-old Philadelphia resident Lamar Reed. "It makes us feel like animals. Not all teens are bad, just because we want to go outside for a breath of fresh air at night."

Despite the intended 13-to-25-year-old target range, 27-year-old Mary Kate Riecks said she can hear the Mosquito installed a few blocks from her Fishtown home. It gives her headaches when she strolls the neighborhood, she said.

"It almost is more like a feeling than a sound. It's kind of in the back of your head," Riecks said. "At least for me, it gives me a headache if I'm near it for too long. So I usually skip around this block or walk very quickly down it."

Riecks has been nearing her breaking point — she and her housemates have been brainstorming a door-knocking plan to organize the neighborhood against the device and work to get it removed.

There's precedent for banning the Mosquito. Localities all over the world have already rejected the device.

In 2008, the United Nations Committee on the Rights of the Child implored the United Kingdom to "reconsider ... the Mosquito devices insofar as they may violate the rights of children." Since then, several counties in England have followed suit and banned the device from certain public spaces.

But in Philadelphia, Parks & Recreation defends its use of the Mosquito, saying the devices are operational from 10 p.m. to 6 a.m. only, and they're just one part of an overall anti-vandalism strategy that includes fences and gates, security cameras and night watch staff.

For now, the city is moving forward with installation. Despite the backlash, two new Mosquito devices are being installed at other city playgrounds as part of major renovation projects.