Accessibility links
Cory Booker Introduces Bill Blocking Redistricting With Census Citizenship Data The Democratic senator and presidential hopeful is introducing a bill to prevent a transformation of the redistricting process that he says could give Republicans a political advantage. 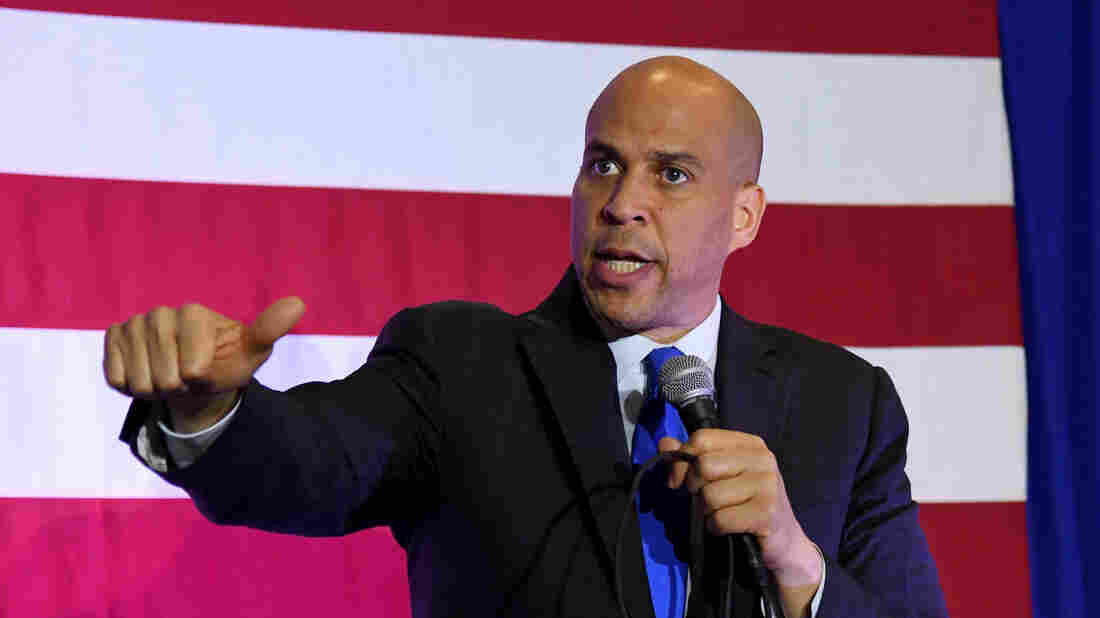 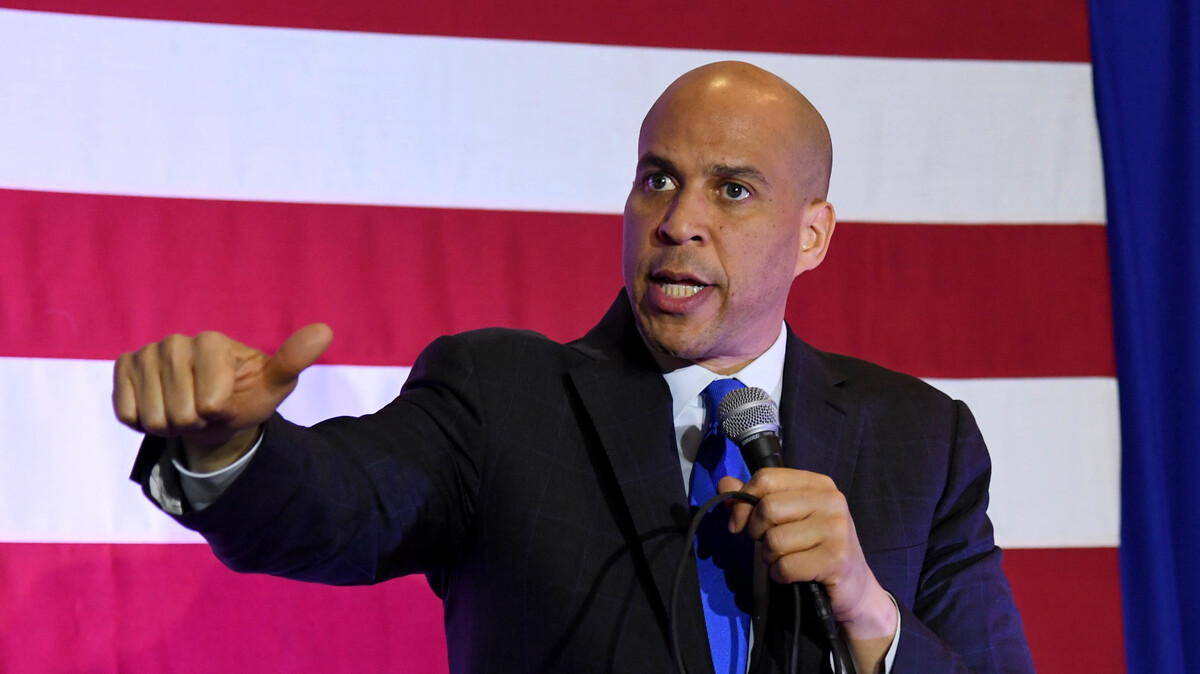 Sen. Cory Booker, D-N.J., speaks at an event in February in North Las Vegas, Nev., while campaigning for the 2020 Democratic presidential nomination.

Sen. Cory Booker is proposing a preemptive strike against using a citizenship question on the 2020 census in a way that he says could give Republicans a political advantage.

The Democratic presidential hopeful from New Jersey is introducing a Senate bill on Wednesday that would ban the U.S. Census Bureau from including citizenship information among the data the bureau is required to provide to redistricting officials after a national head count.

So far, redistricting officials charged with redrawing voting districts have had access to only the total population counts of residents, which do not distinguish U.S. citizens from noncitizens. But a citizenship question the Trump administration has so far been blocked from adding to 2020 census forms could radically change the political mapmaking process in the coming years.

Census responses to the question — "Is this person a citizen of the United States?" — could be used by mapmakers to redraw voting districts based on the number of citizens old enough to vote, rather than the number of all residents, in a given area.

That method would be "advantageous to Republicans and Non-Hispanic Whites," a major GOP redistricting strategist concluded in an unpublished study that recently surfaced as part of lawsuits over the administration's push for a citizenship question.

How The Fight Over The Census Citizenship Question Could Rage On

In a Republican-controlled Senate, it's unlikely that Booker's bill will become a law. But the Democratic senator sees the policy idea as a potential check against the Trump administration's use of the census as, in the senator's words, "a surgical tool to undercount and hurt certain communities for political gain."

"To be clear, redistricting based on citizenship data will push communities of color — which are already dramatically undercounted — farther into the shadows," Booker said in a written statement.

More than two dozen states, cities and other groups have challenged the administration in court over the citizenship question in a more than yearlong legal battle that is still underway. Critics of the question point to estimates by Census Bureau researchers that show the question is highly likely to discourage households with noncitizens — especially within Latinx communities — from participating in the constitutionally mandated head count of every person living in the U.S.

The Supreme Court has decided to keep the question off the census for now. A majority of the justices rejected the administration's stated reason to include it — to better protect the voting rights of racial minorities — for appearing "contrived."

The administration, however, is expected to roll out another push for the question soon, although it is not clear how officials will justify it this time.

The initial decision to add the citizenship question was made last year by Commerce Secretary Wilbur Ross, who oversees the Census Bureau. While plaintiffs in the lawsuits claim that the GOP strategist, Thomas Hofeller, influenced the administration's efforts, administration officials have said that Ross was not motivated by wanting to use responses to the question for redistricting.

"The Secretary did not rely on that rationale in his decisional memorandum," U.S. Solicitor General Noel Francisco emphasized last month in a filing to the Supreme Court.

But last week, President Trump told reporters while standing outside the White House that among the "many reasons" a citizenship question is needed on the census is "for Congress, for districting."

"The President has now admitted that he intends to make citizenship information a part of the redistricting process, which experts warn will benefit one political party," Booker said. "This egregious and blatant attempt to tamper with our democratic process would completely overhaul the rules of who gets to participate in a representative democracy in America and it can't go unchecked."

Census Bureau officials say they are waiting for "guidance" from Ross on whether to release anonymized citizenship information based on those records, which bureau researchers have concluded are more accurate than self-reported responses to a citizenship question on the census.