Accessibility links
Kim Darroch Says Resigning Is Responsible Course Following Leaked Cables "The current situation is making it impossible for me to carry out my role as I would like," Kim Darroch wrote in his resignation letter following a cable leak revealing his criticism of Trump.

U.K. Ambassador To U.S. Resigns After Trump Vowed He Won't 'Deal With Him'

U.K. Ambassador To U.S. Resigns After Trump Vowed He Won't 'Deal With Him' 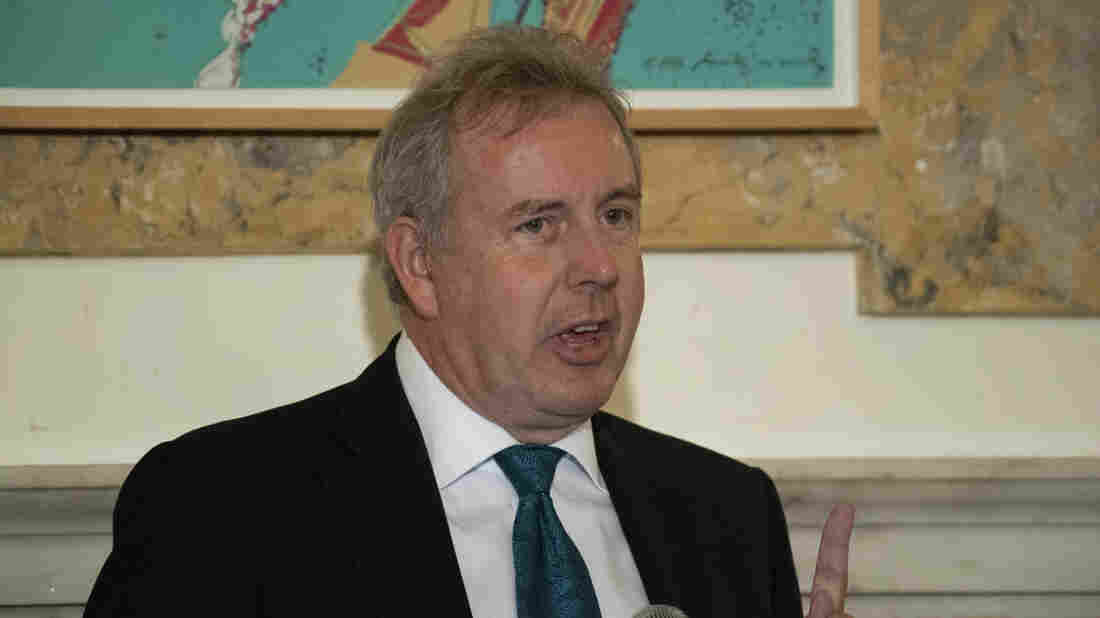 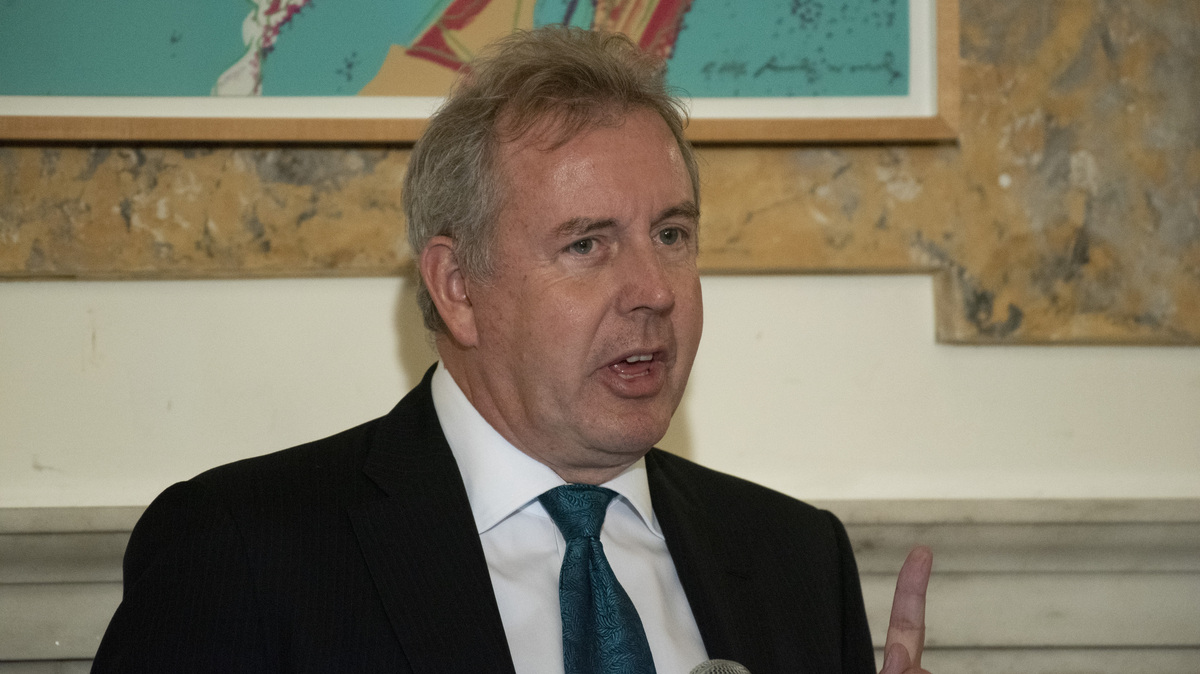 Kim Darroch, the British ambassador to the U.S., has announced his resignation days after leaked cables revealed his sharp criticism of the Trump administration and the U.S. president responded by saying he will "no longer deal with him."

"The current situation is making it impossible for me to carry out my role as I would like," Darroch wrote in his resignation letter issued Wednesday.

He went on, "Although my posting is not due to end until the end of this year, I believe in the current circumstances the responsible course is to allow the appointment of a new ambassador."

Trump targeted Darroch in a series of tweets after the ambassador's communications bashing the president were made public over the weekend.

"I do not know the Ambassador, but he is not liked or well thought of within the U.S." Trump tweeted Monday.

A day earlier, the British news site The Mail On Sunday first reported on "secret cables and briefing notes" in which Darroch called the Trump administration "dysfunctional," "clumsy" and "inept."

"We don't really believe this Administration is going to become substantially more normal," Darroch wrote, according to the newspaper. As for Trump, Darroch said, he "radiates insecurity."

The U.K. government has stood behind Darroch amid the diplomatic firestorm whipped up after the leak.

"Sir Kim Darroch continues to have the Prime Minister's full support," a spokesman for outgoing Prime Minister Theresa May said in a statement.

"We have made clear to the U.S. how unfortunate this leak is," it read. "The selective extracts leaked do not reflect the closeness of, and the esteem in which we hold, the relationship. At the same time, we have also underlined the importance of Ambassadors being able to provide honest, unvarnished assessments of the politics in their country."

On Tuesday, Trump ratcheted up his Twitter attacks on Darroch.

"The wacky Ambassador that the U.K. foisted upon the United States is not someone we are thrilled with, a very stupid guy," the president wrote.

One day later, Darroch was out.

The wacky Ambassador that the U.K. foisted upon the United States is not someone we are thrilled with, a very stupid guy. He should speak to his country, and Prime Minister May, about their failed Brexit negotiation, and not be upset with my criticism of how badly it was...

In an address to Parliament on Wednesday, May maintained her support for Darroch, calling his departure "a matter of great regret."

The permanent undersecretary at the Foreign and Commonwealth Office, Simon McDonald, announced that while he accepted Darroch's resignation, the envoy's handling of the uproar deserved praise.

"You were the target of a malicious leak; you were simply doing your job," McDonald said in statement Wednesday.

It's not unusual for an ambassador to pass along unvarnished views of a host government, but having those internal communications become public is another matter.

"The only thing that happened is that somebody outed him," NPR's London Correspondent Frank Langfitt says of Darroch. "This is exactly what ambassadors do all the time."

The U.K. government has launched an investigation into the leak and is considering the possibility that a foreign government could be responsible, Langfitt reports.

Foreign Secretary Jeremy Hunt joined those defending Darroch on Wednesday, saying he was "outraged that a selection of his reports should have been leaked."

"I am sure that our Ambassadors worldwide will continue to provide the objective and rigorous reporting that the Foreign and Commonwealth Office has always prized," Hunt said.

Notably absent from the chorus of U.K. voices defending Darroch was that of Boris Johnson, who is favored to take over as the next prime minister.