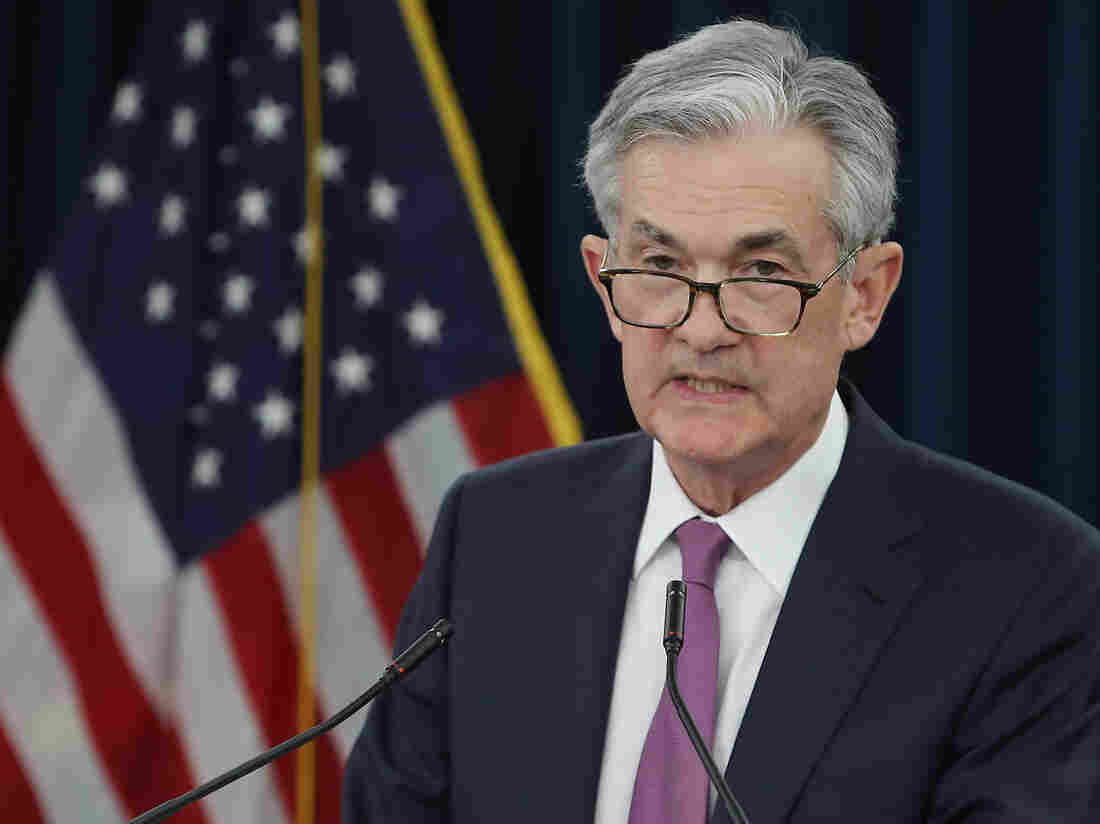 Federal Reserve Chairman Jerome Powell speaks during a news conference on May 1 in Washington, D.C. He is testifying before Congress this week about economic challenges. Mark Wilson/Getty Images hide caption 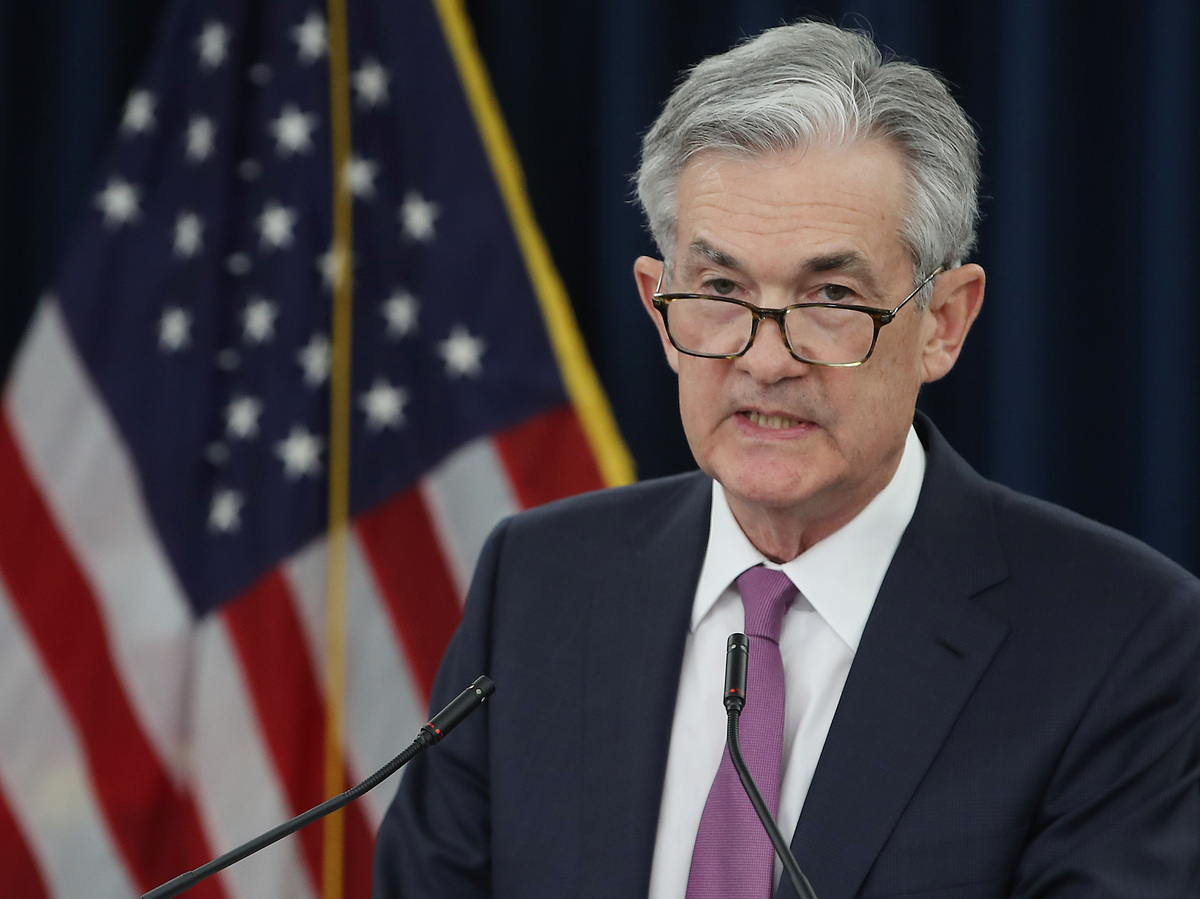 Federal Reserve Chairman Jerome Powell speaks during a news conference on May 1 in Washington, D.C. He is testifying before Congress this week about economic challenges.

The Fed had hinted at such a cut in June.

"The bottom line for me is that the uncertainties around global growth and trade continue to weigh on the outlook," Powell told members of the House Financial Services Committee on Wednesday. "In addition, inflation continues to be muted."

Stock indexes jumped by more than half a percentage point in the opening minutes of trading on the prospects that the Fed will cut rates for the first time since the Great Recession. The Dow Jones Industrial Average closed up 76 points for the day.

Powell stressed that the U.S. economy is still growing, albeit at a slower pace, as a record-long expansion begins its 11th year. But he cautioned that business investment has slowed, possibly as a response to ongoing trade tensions and a slowdown in the global economy.

Cutting interest rates could be a way for the Fed to prolong the expansion, which is only now reaching people on the lowest rungs of the income ladder.

"We see the economy as being in a good place, and we're committed to using our tools to keep it there," Powell said.

The Fed's willingness to cut rates was underscored Wednesday with the release of minutes from the June meeting of the Fed's rate-setting committee.

"Many participants noted that, since the Committee's previous meeting, the economy appeared to have lost some momentum," the minutes said. "A couple of participants favored a cut in the target range at this meeting," although all but one ultimately voted to wait for additional information.

Last week, the Labor Department reported stronger-than-expected job growth in June. But while unemployment remains at near-record lows, job growth has slowed since last year. And wages are not rising fast enough to risk the economy overheating.

"To call something hot, you need to see some heat," Powell said, noting that wages have grown just over 3% per year — roughly matching inflation and productivity growth.

President Trump has repeatedly argued that the U.S. economy would be growing faster if the Fed helped.

"If we had a Fed that would lower interest rates, we'd be like a rocket ship," he told reporters last week. "But we don't have a Fed that knows what they're doing."

On Wednesday, Powell said the central bank will not be swayed by political pressure, and he reiterated his intention to serve out his four-year term as Fed chairman.

"Have no fear," Rep. David Scott, D-Ga., urged Powell. "The president can't fire you. And we in Congress — both Democrats and Republicans — got your back."