Accessibility links
Thousands Of Endangered Wildlife Seized In Global Smuggling Crackdown In a joint operation organized by the World Customs Organization and Interpol, thousands of protected animals, plants and wildlife products were seized in more than 100 countries. 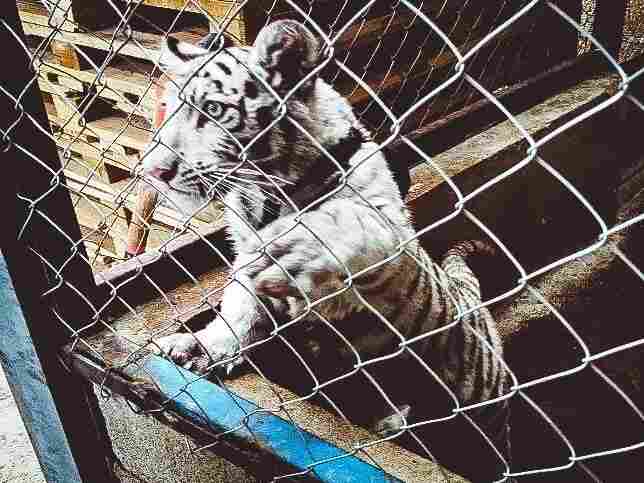 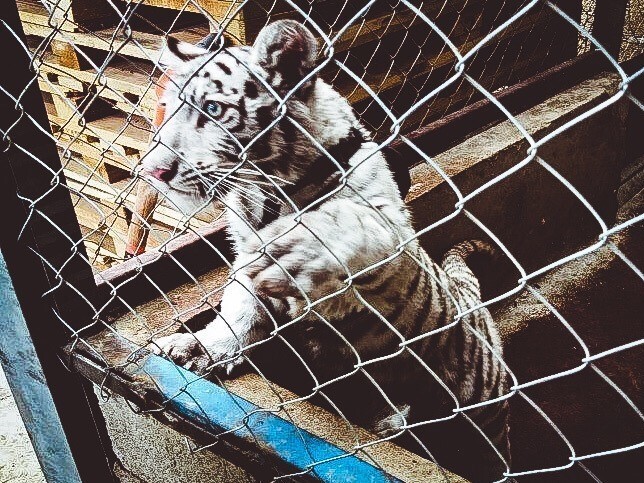 Road inspections in Mexico intercept this white tiger cub concealed in a van.

Big cats, apes, reptiles and elephant tusks were just some of the discoveries made by authorities as part of an ongoing effort to squash wildlife trafficking across the globe. Police and customs officials made the announcement Wednesday, calling last month's crackdown the most widespread wildlife crime raid ever.

The effort, coordinated by the World Customs Organization and Interpol, resulted in the seizure of nearly 2,000 animals and plants, and covered 109 countries over the month of June. "Operation Thunderball," which operated out of Singapore, led to the arrest of nearly 600 suspects.

"Wildlife crime not only strips our environment of its resources, it also has an impact through the associated violence, money laundering and fraud," Interpol Secretary General Jürgen Stock said in a statement.

The rescue mission underlined the continuing trend in online trade. With the help of local authorities and wildlife experts, the operation targeted "transnational crime networks profiting from illicit activities" by concentrating on trafficking routes and crime hotspots. This is the third in a series of large-scale crackdowns. Previous operations involved fewer than 100 countries.

The illegal wildlife traffickers make hundreds of millions of dollars, and that's one of the main reasons why some animals are pushed toward extinction. Wildlife such as elephants are poached for their ivory, tigers are rounded up for their skins and bones, and rhinos are captured for their tusks which are used in traditional medicine.

The Wildlife Conservation Society issued a statement applauding the operation for its seizures and arrests while emphasizing that this is only a beginning.

"Governments now must follow up with strong, meaningful prosecutions. In particular, the criminals running these networks must feel the full weight of the law, including deterrent penalties and jail sentences," the statement read.

The World Customs Organization and Interpol said they will ensure that wildlife crime trafficking is properly addressed from "detection to arrest, investigation and prosecution."

Overall officials said they noticed slight declines in the seizures of certain species, potentially signaling that "continued enforcement efforts are bearing fruit, and that compliance levels are improving."