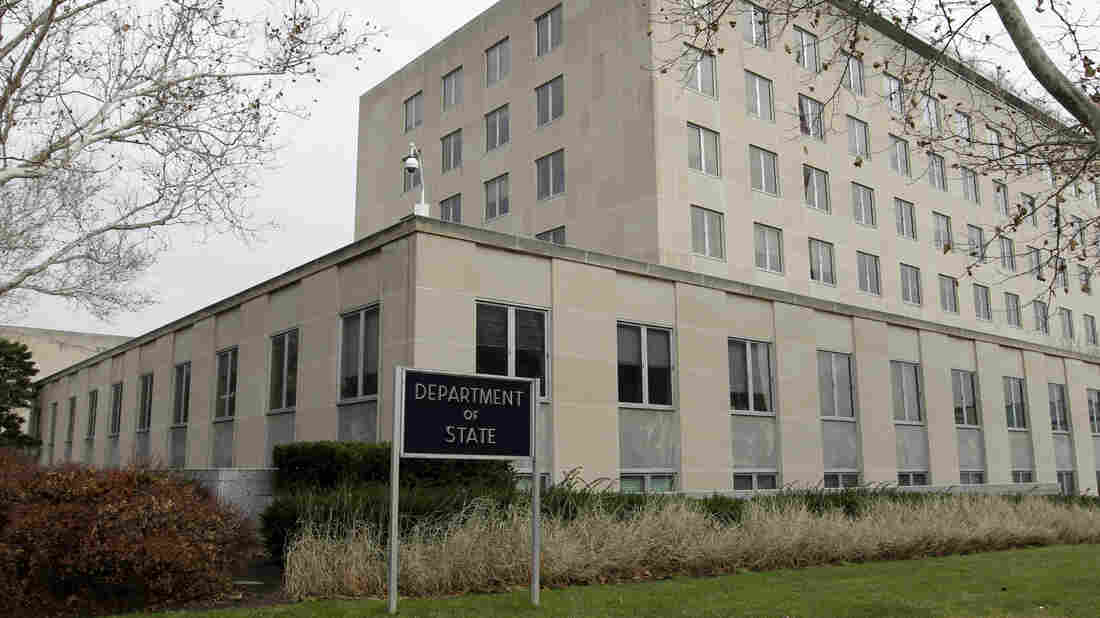 The State Department in Washington, D.C., in 2014. A former ­office manager there was sentenced to 40 months in prison for concealing her exchanges with Chinese intelligence agents. Luis M. Alvarez/AP hide caption 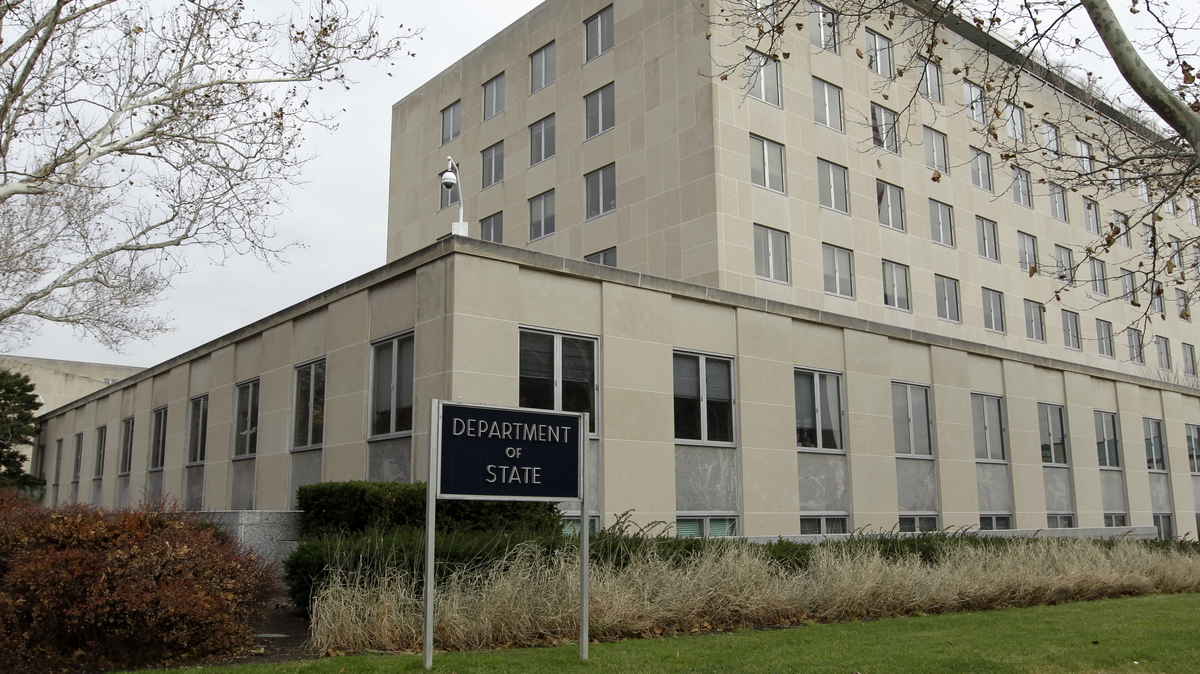 The State Department in Washington, D.C., in 2014. A former ­office manager there was sentenced to 40 months in prison for concealing her exchanges with Chinese intelligence agents.

A former State Department employee was sentenced to 40 months in prison for concealing her interactions with two Chinese intelligence agents, along with the extravagant gifts they gave her in exchange for government information.

Candace Claiborne began to work as an office management specialist at the State Department in 1999, according to court documents. She had a top secret security clearance and served overseas in such cities as Baghdad, Beijing and Shanghai.

But she ignored her responsibility to report foreign contacts, prosecutors said as they announced her sentence on Tuesday.

"Claiborne was entrusted with privileged information as a U.S. government employee, and she abused that trust at the expense of our nation's security," Acting Assistant Director John Selleck of the FBI's Washington Field Office said in a statement. "The targeting of U.S. security clearance holders by Chinese intelligence services is a constant threat we face," he added.

Over the course of five years, Chinese agents allegedly gave Claiborne and her family "tens of thousands of dollars" in gifts and perks – including wired cash, a monthly stipend, overseas trips, tuition at a Chinese fashion school and an apartment that was fully furnished. In exchange for the gifts, Claiborne gave them a window into the State Department's inner workings through copies of internal documents about dignitary visits and other topics.

Prosecutors said she told a co-conspirator that the agents were "spies" and wrote in her journal that she could "Generate 20k in 1 year" by working with one of the agents.

Her arrest came in March 2017 after a sting operation in January of that year. An FBI agent, posing as a Chinese agent, approached Claiborne on a street in Washington, D.C. She welcomed him to her home and their lengthy discussion ended with the undercover agent thanking her for helping the "Ministry," NPR previously reported.

After the arrest, she pleaded not guilty to charges of obstruction and making false statements to the FBI. In April 2019, she pleaded guilty to a charge of conspiracy to defraud the United States. In the plea agreement, prosecutors agreed to drop the other charges.

A judge ordered Claiborne detained pending sentencing, but she requested to self-surrender on June 5, the document stated.

A Foot In Two Worlds

In addition to a 40-month prison sentence, Claiborne received three years of supervised release and a fine of $40,000.

Her sentence comes after former CIA officer Jerry Chun Shing Lee pleaded guilty this spring to spying for China – and as U.S. officials have warned that Chinese espionage is the country's most serious security threat.

A previous version of this story incorrectly referred to Candace Claiborne's sentence as being 40 years. In fact, it is 40 months in prison.