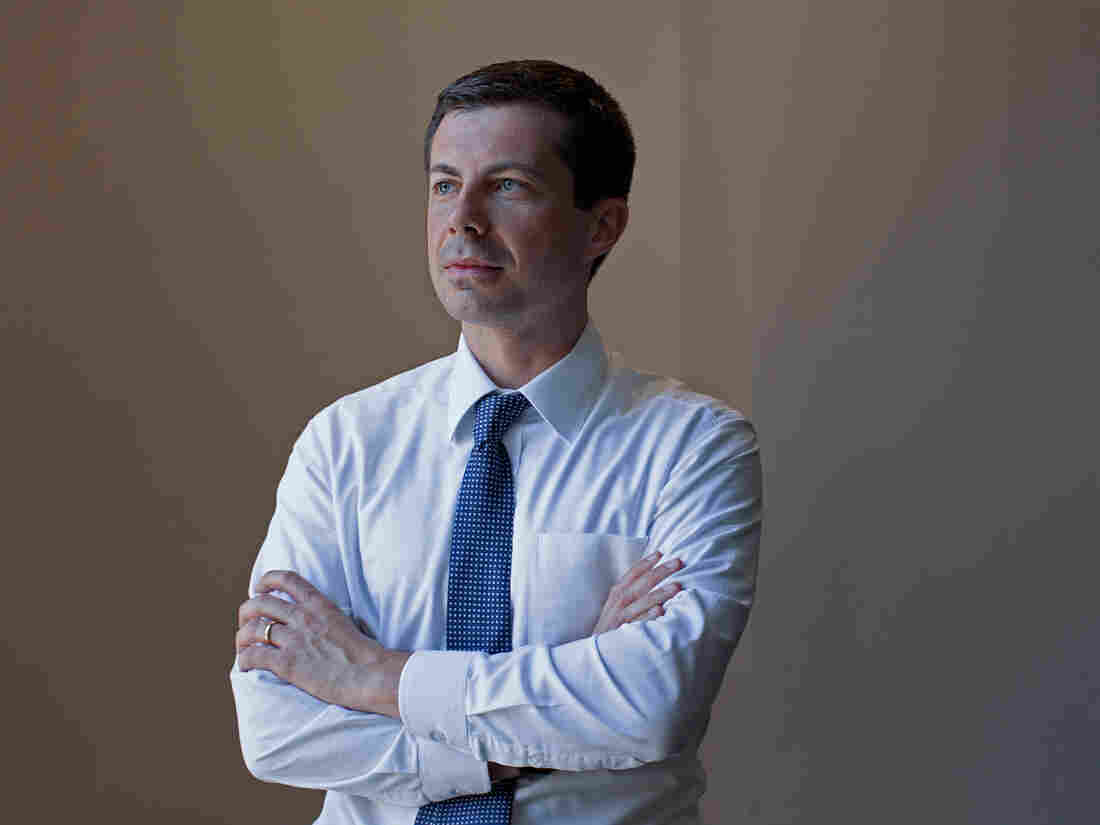 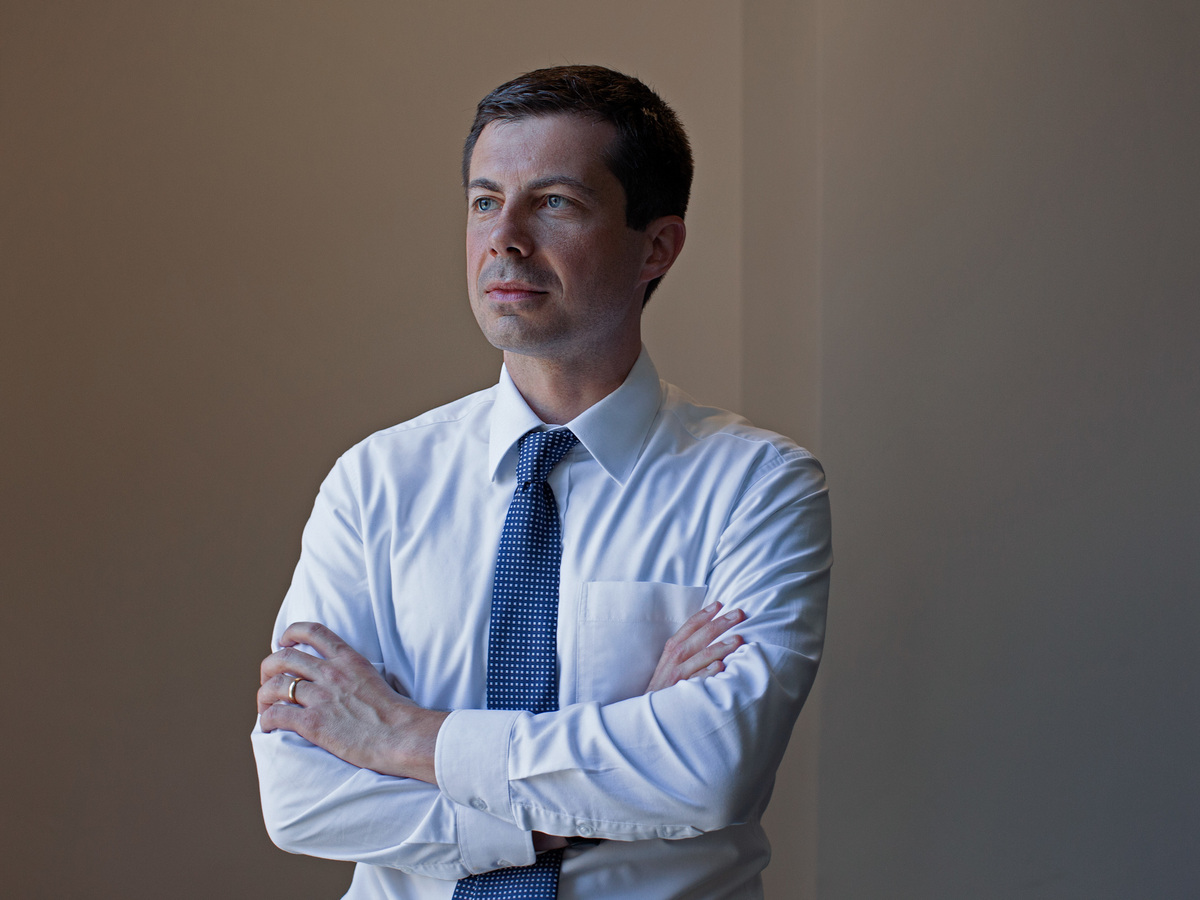 South Bend, Ind., Mayor Pete Buttigieg got a really big boost to his campaign recently, announcing a staggering $24.8 million fundraising haul over the past three months.

But that hasn't changed one of the toughest realities his candidacy faces: support among black voters that barely registers in the polls.

Countering skeptics who doubt he can win crucial African American voters in the 2020 Democratic primary, Buttigieg rolled out the details of his plan to combat systemic racial inequality, named for legendary abolitionist Frederick Douglass, on NPR's Morning Edition.

"If you're a white candidate, it is twice as important for you to be talking about racial inequity and not just describing the problem — which is fashionable in politics — but actually talking about what we're going to do about it and describing the outcomes we're trying to solve for," Buttigieg told NPR.

His "Douglass Plan" aims to establish a $10 billion fund for black entrepreneurs over five years, invest $25 billion in historically black colleges, legalize marijuana, expunge past drug convictions, reduce the prison population by half and pass a new Voting Rights Act to further empower the federal government to ensure voting access.

His campaign says it is equal in scale to the Marshall Plan, which used the equivalent of approximately $100 billion at current value to rebuild Europe after World War II. Buttigieg says the program would be enacted alongside potential direct reparations for slavery, not in place of it.

The two-term mayor also supports a constitutional amendment to abolish the death penalty, and intends to expand the Supreme Court and eradicate the Electoral College.

Buttigieg ties these lofty goals like changing the Constitution to his campaign's central theme of generational change.

"I don't know where we got the idea that it's impossible to do these things," he said. "This is a country that changed the Constitution so you couldn't buy a drink and then changed its mind and changed it back. Are you really telling me that we are incapable of using one of the most elegant features of our constitutional system?"

On his Douglass Plan:

[The Marshall Plan] demonstrates what America can do when we're serious. America basically rebuilt Europe after World War II, and what we need to do now is an investment of comparable ambition right here at home, because what we've learned is that racist policies being replaced by neutral policies is not enough, that the inequities that we have in our country were put in intentionally by generations and sometimes centuries of racist policy. They're not going to go away just because you replace a racist system with a neutral one.

We need to intentionally invest in health, in home ownership, in entrepreneurship, in access to democracy, in economic empowerment. If we don't do these things, we shouldn't be surprised that racial inequality persists because inequalities compound. Just like a dollar saved, a dollar stolen also compounds. And I think that helps to explain the persistent racial inequality that we have in our national life today.

I think [the Douglass Plan] does not take the place of the conversation around reparations. I also support passing H.R. 40. I would sign it, which would create a commission to look at reparations. But I do think that this is also restorative, in the same way that reparations is intended to be. This is not a gift. This is a restoration. It is trying to address generational harms and specific intentional theft that took place.

On the death penalty:

The death penalty has been one of many examples where racial discrimination has played out. You can see it in the simple fact that someone convicted of the same crime is more likely to face the death penalty if they are black. Not to mention the very ugly history of the way that judicial and extra-judicial killings have been used to enforce white supremacy through American history.

It's time to put an end to that. It's time to join the ranks of nations that have put the ugliness of capital punishment behind them. And while I'm pleased to see states taking this step, and I believe the federal government can and should take this step, too, at the end of the day it is the kind of thing that deserves to be in our Constitution.

Beto O'Rourke Calls For A 'Moonshot' To Combat Climate Change

On his failure to diversify the South Bend police force

We have undertaken measures from partnerships with local high schools, to community job fairs, to even bringing in behavioral researchers to help us assess which recruiting messages will draw the most applicants from communities of color.

But at a time when the policing profession as a whole is, I think, struggling with a crisis of identity and people hesitating to want to join it, plus the fact that fewer and fewer people of color, certainly black teenagers, look at law enforcement and think 'this is a career for me,' there are colossal obstacles, not only in South Bend. But I accept responsibility for the fact that we've got a long way to go in our city.

On engaging white Americans in the conversation around racism

I think we'll know we're getting somewhere when this is not regarded as some specialty issue that candidates of color talk about or that we only talk about when addressing voters of color. This is a conversation that, frankly, white America needs to have too, because white America needs to face the roots of these inequities and the fact of systemic racism all around us. It's the air we breathe.

I had a challenging conversation with our own police department where, when I talked about systemic racism in addressing officers, many of them felt that it was a personal attack. I need them to understand, especially white officers, the ways in which, no matter how good their intentions might be, that systemic racism is something they in particular need to be conscious of and need to understand how to be part of the solution on. So this is not something that only candidates of color should be talking about — very much to the contrary.

On winning over religious conservative voters

I think there are a lot of thoughtful and compassionate religious people who, maybe have thought of themselves as conservative, but who are looking at what's happening right now and asking some very deep and searching questions about where their values and their principles lead them, and what I found in terms of what's turned the tide on things like LGBTQ equality is the idea of compassion, the idea of empathy.

My personal experience is that I have come to feel closer to God in the context of my marriage. But that's just my own story. The bigger story is that we are better human beings when we consider one another through the lens of how we would want to be treated as, again, secular and religious traditions teach us to do. And I think in that lens, a great many people who may be disoriented by the pace of change on LGBTQ equality can find their way to the right side of history.

NPR's Eric McDaniel and Kevin Tidmarsh edited and produced this interview for broadcast.