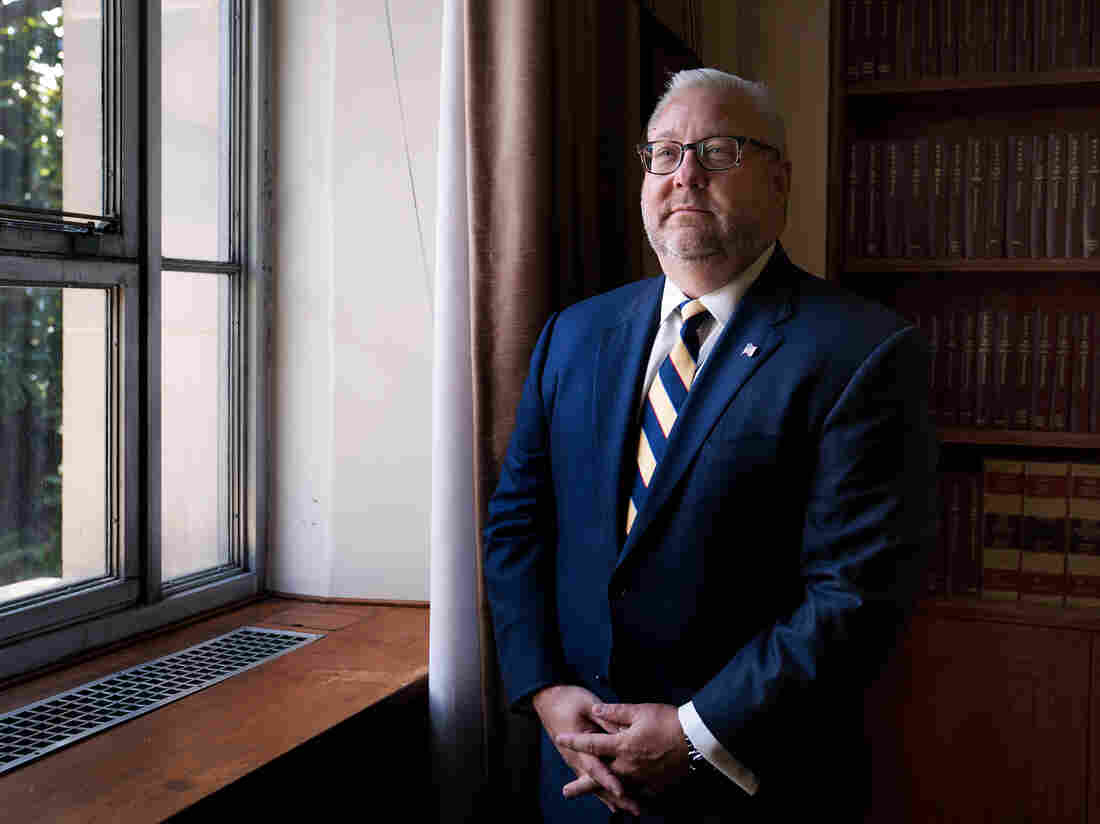 Assistant Attorney General Brian Benczkowski at Justice Department headquarters. He oversees more than 600 prosecutors and the others who work in the criminal division. Shuran Huang/NPR hide caption 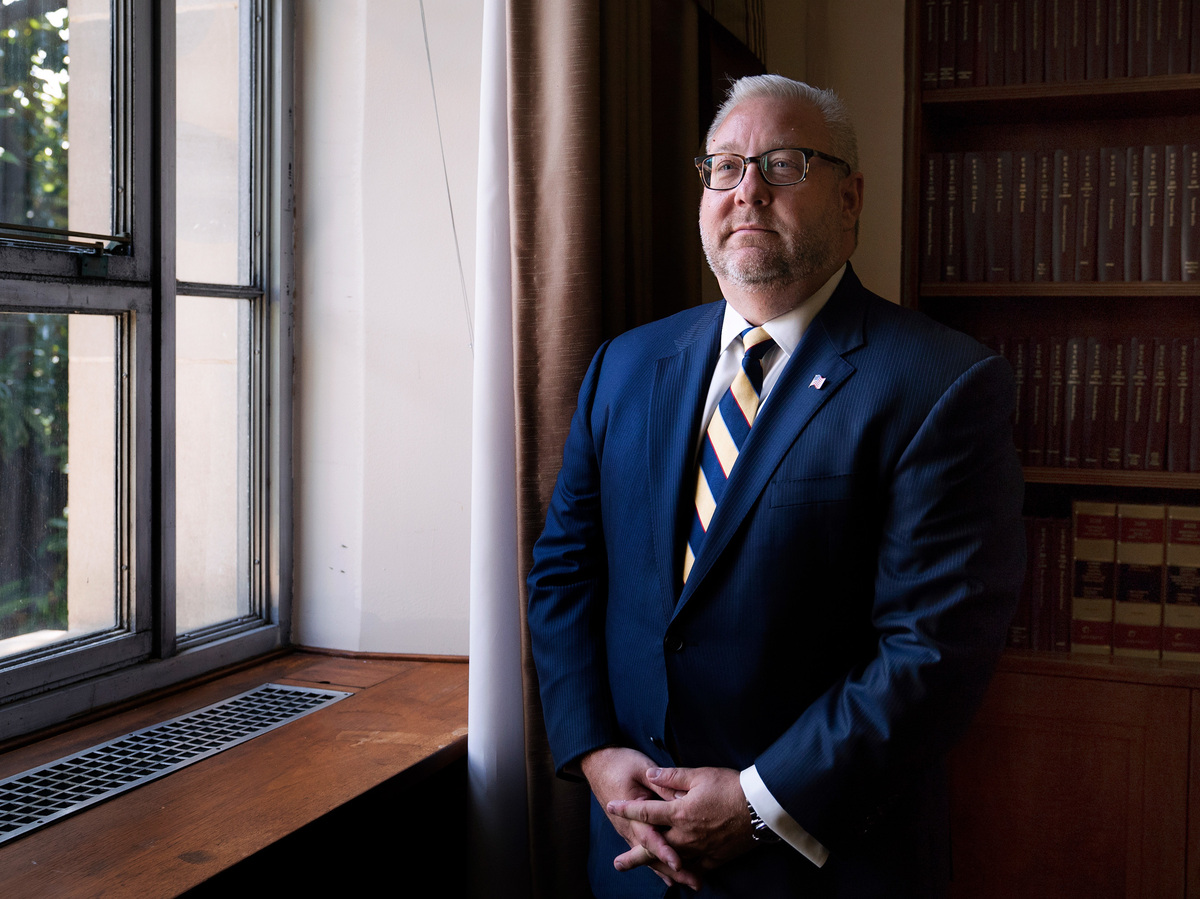 Assistant Attorney General Brian Benczkowski at Justice Department headquarters. He oversees more than 600 prosecutors and the others who work in the criminal division.

The 51-48 vote reflected Democrats' worry that he'd try to interfere with the investigation into Russia's attack on the 2016 election.

Things didn't work out that way.

Benczkowski promised to consult with career officials about any possible conflicts with the special counsel probe, but he said this week that never became necessary.

"I've kept the promises that I made," Benczkowski said. "I didn't have anything to do with the Mueller investigation. Nothing came across my desk. There was nothing that I had to deal with."

Instead, Benczkowski has spent the past year advancing the administration's priorities: punishing transnational gangs; cracking down on corrupt doctors and pharmacists who fuel the opioid crisis in Appalachia and beyond; and making the process of investigating companies and business executives more transparent.

It started with what Benczkowski said could be the biggest criminal trial in U.S. history: the effort to bring to justice former Sinaloa cartel leader Joaquin "El Chapo" Guzman.

That trial extended nearly three months and coincided with a federal government shutdown, bringing uncertainty to DOJ lawyers about whether their hotel bills would ever be paid.

In the end, prosecutors from the criminal division at Justice worked with their counterparts in U.S. attorney's offices in Brooklyn and Miami to secure conviction of Guzman on all 10 of the drug and conspiracy charges.

Authorities recently asked for forfeiture in the amount of $12,666,181,704. Guzman faces mandatory life imprisonment when he is sentenced in New York City on July 17.

Benczkowski said he plans to be in court to support the team.

Benczkowski expressed concern early in his tenure that DOJ wasn't targeting the region that was hardest hit by the opioid crisis. So the criminal division put together a strike force that spans 10 areas in Appalachia.

He secured approval and funding to send 14 health care fraud prosecutors into the region, culminating in dozens of indictments of doctors, pharmacists and other medical professionals last April.

That team continues to crunch data from health care providers and insurance programs to help uncover fraud. Benczkowski said he anticipates another round of prosecutions in Appalachia before the end of the year. 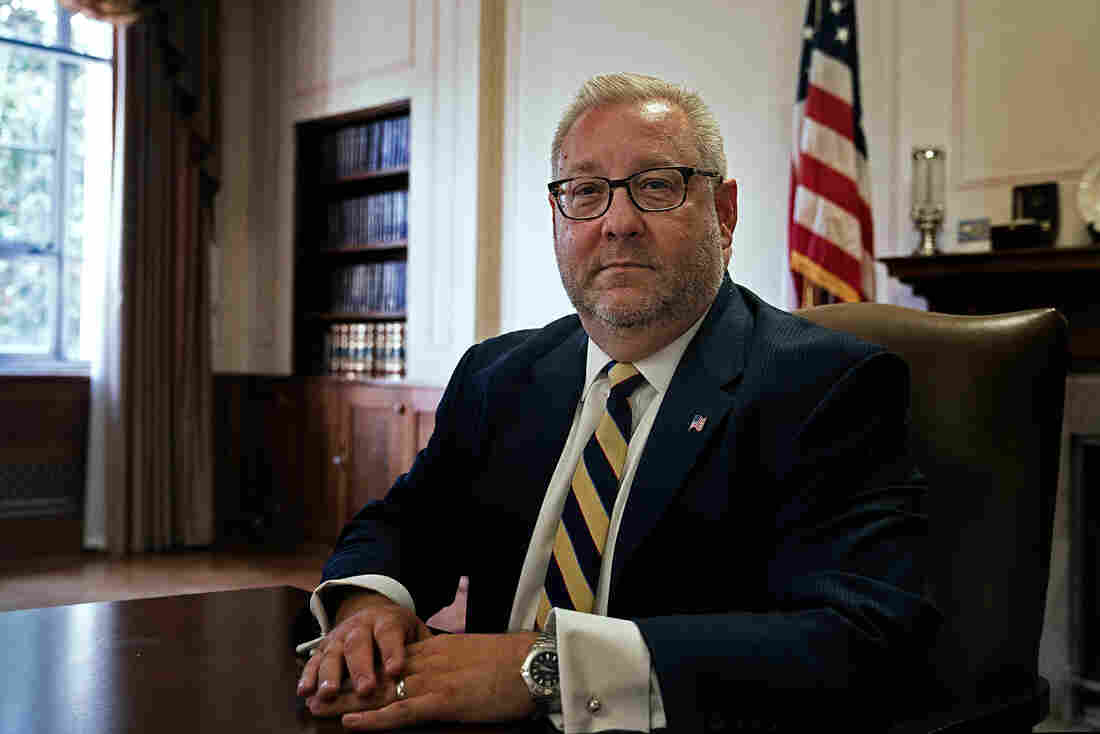 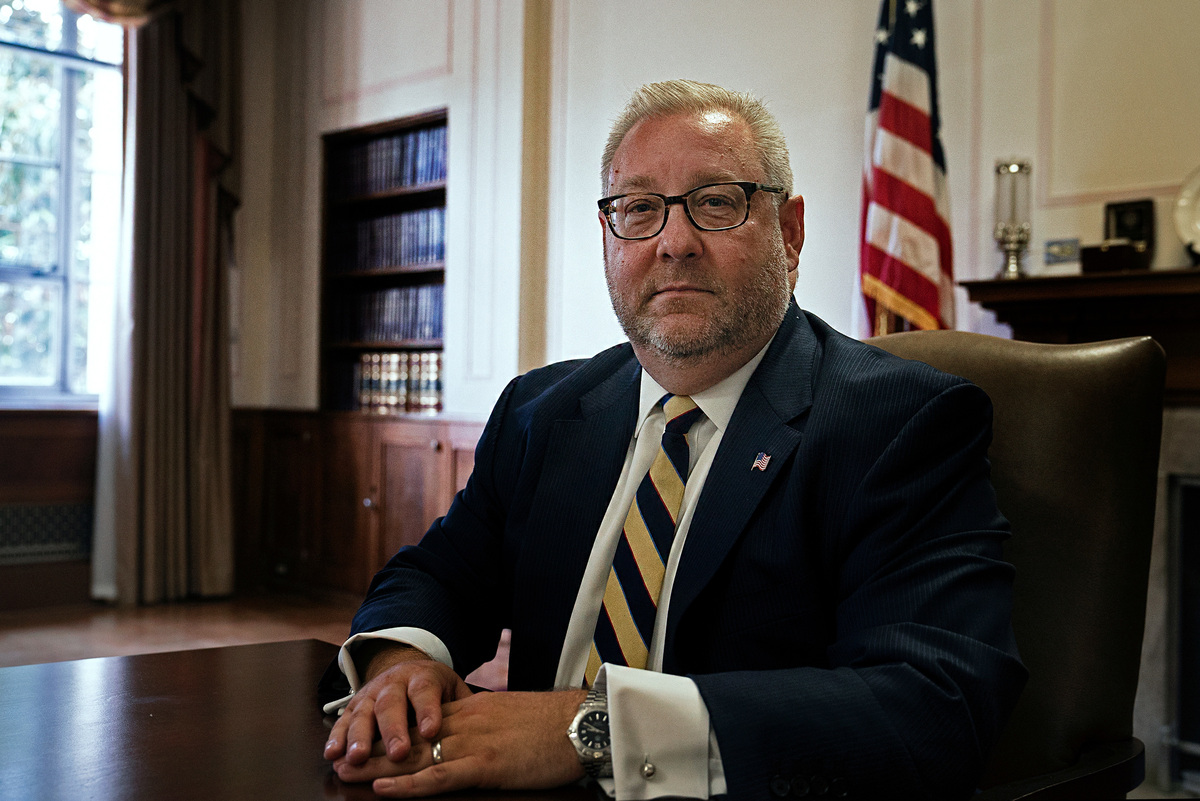 Now, DOJ publishes online the times it declines to bring charges against companies that have behaved appropriately and deserved credit for that.

That sends a message, he said, and it makes his own prosecutors work "a little bit harder." Lawyers defending companies can point to those decisions and fashion arguments for their own leniency.

"Certainly it's going to give outside lawyers a little bit more ammunition to advocate with," he said, arguing that transparency will make government decisions more just.

Benczkowski's comment may prove controversial with consumer protection and shareholder advocates, as well as critics who argue the Justice Department has abandoned its responsibility to police corporate misconduct.

But the Justice Department said it has charged 211 people with fraud so far this year, about half of whom have pleaded guilty, an increase from last year in the same period. Benczkowski also said financial recoveries from corporate resolutions this year will be "well north" of $2 billion, about double the amount in 2018.

Benczkowski said he expects to pick a new chief of the DOJ fraud section, which prosecutes such offenses, by the end of the month.

Robert Zink has been filling the job in an acting role since January and may be in line to get the job on a permanent basis, two sources told NPR.

Prosecutors are also in the middle of responding to a wave of ransomware attacks that have victimized small and midsize cities in Florida, Georgia, Maryland and elsewhere.

Benczkowski said criminal groups are becoming sophisticated in how they identify their targets: municipalities big enough to afford to pay ransom, but not so sophisticated they're prepared for these kinds of threats.

Benczkowski said he has a message for those cities:

"Invest in the basic cybersecurity protections for your systems that you need, have redundant offline systems that you can turn to in the event that you're attacked, come to law enforcement early in the process ... so that we can help you get better prepared."