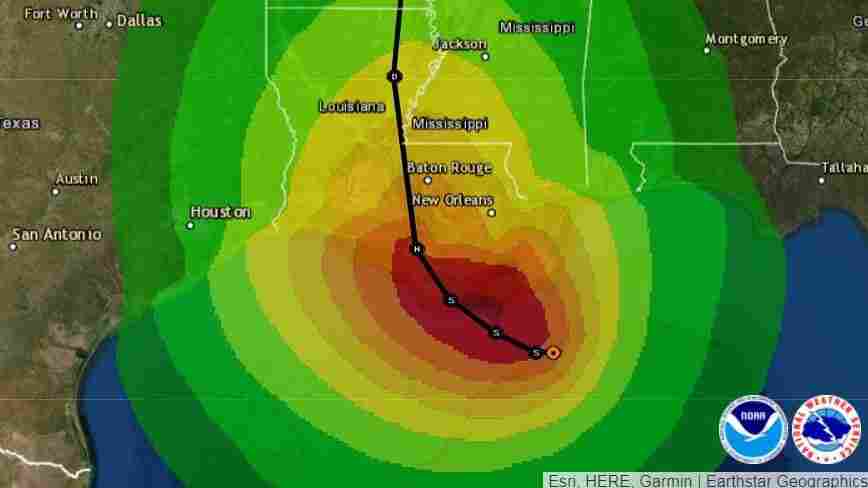 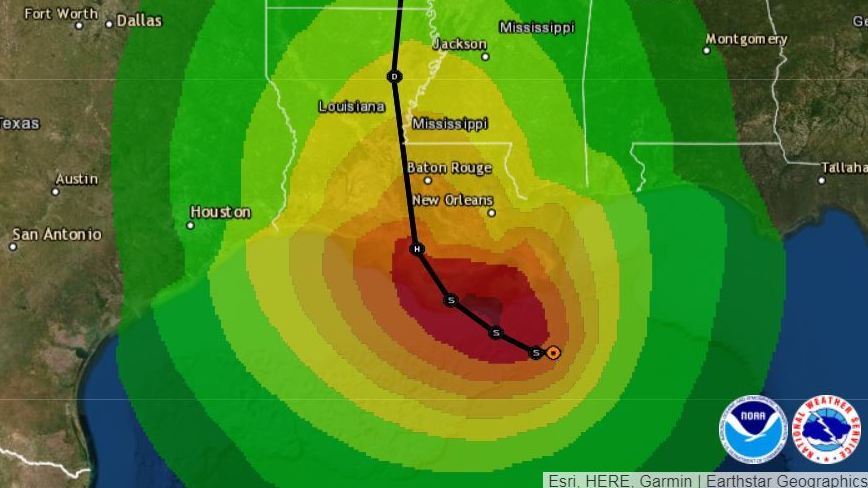 Tropical Storm Barry is predicted to become a hurricane before making landfall along the Louisiana coast Saturday morning.

Tropical Storm Barry formed in the Gulf of Mexico on Thursday, and it could become a hurricane by late Friday, the National Hurricane Center says. Forecasters say the storm could bring a storm surge and heavy rains to Louisiana.

Barry is now predicted to become a Category 1 hurricane shortly before making landfall Saturday morning. Its maximum winds are expected to reach only around 75 mph — but officials are warning of perilous flash floods and other hazards.

"Water will be the biggest threat," the National Weather Service office in New Orleans says. The agency has issued a flash flood warning for a wide area from Gulfport, Miss., to New Orleans and west of Baton Rouge. That warning is in effect through Sunday morning.

With the earliest tropical-storm-force winds predicted to hit the coast early Friday, Louisiana Gov. John Bel Edwards sent President Trump a request for a federal emergency declaration Thursday. Edwards also said his office "is in constant communication" with the Federal Emergency Management Agency about the storm.

Barry is currently some 85 miles south of the Mississippi River's mouth in Louisiana. As of 11 p.m. ET Thursday, its maximum winds were only 50 mph, but the storm is expected to strengthen as it creeps to the west and north. If the storm lingers as expected, officials say that even areas that seem dry could quickly flood, thanks to intense bursts of localized rain.

Edwards said he "implored" motorists to heed the often-heard warning not to drive through standing water. He said at an early evening news conference that most fatalities in recent weather disasters have resulted from driving into standing water.

⚠️Flash Flood Watch has been expanded north and extended to Sunday morning. In addition, forecast rainfall totals have increased. Now is the time to review your plans, supply kit and stay updated with the latest forecasts. #lawx #mswx pic.twitter.com/UGyCVNNhQy

"There is a possibility that we're going to get heavy rainfall for up to 48 hours," New Orleans Mayor LaToya Cantrell said at a midday news conference Thursday.

"If you've not made a plan, you need to plan," Cantrell said. She added that the city doesn't plan to order any evacuations because of the timing of the storm's arrival and its expected status as a low Category 1.

"Sheltering in place is our strategy," the mayor said. She then urged residents to secure their trash cans and not put them on sidewalks or streets.

"We cannot pump our way out" of some of the flooding, she added.

Forecasters say the tropical storm could bring a 3-to-6-foot storm surge to a coastal area that is already struggling to cope with massive amounts of floodwaters from inland rains that have gorged the Mississippi River in recent weeks.

Edwards has declared a state of emergency for his entire state, warning: "No one should take this storm lightly. As we know all too well in Louisiana, low intensity does not necessarily mean low impact."

On Thursday, Edwards said he has authorized some 3,000 personnel from the National Guard to help with the storm. Because of the high risk of flooding, he said search-and-rescue teams have already been positioned around the state to help people who are overwhelmed by the water. 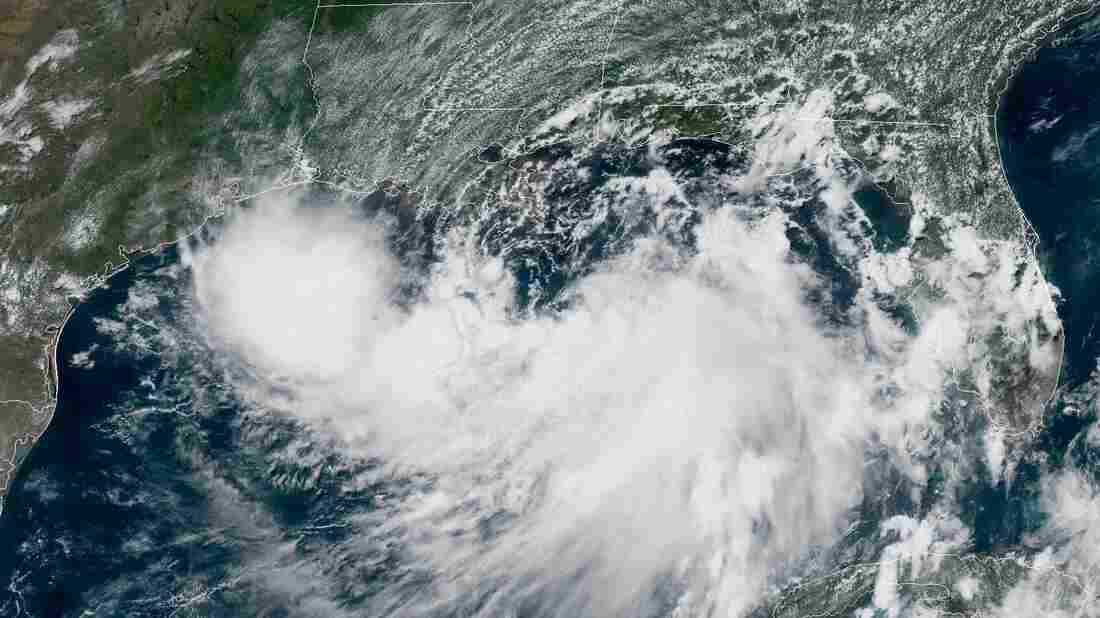 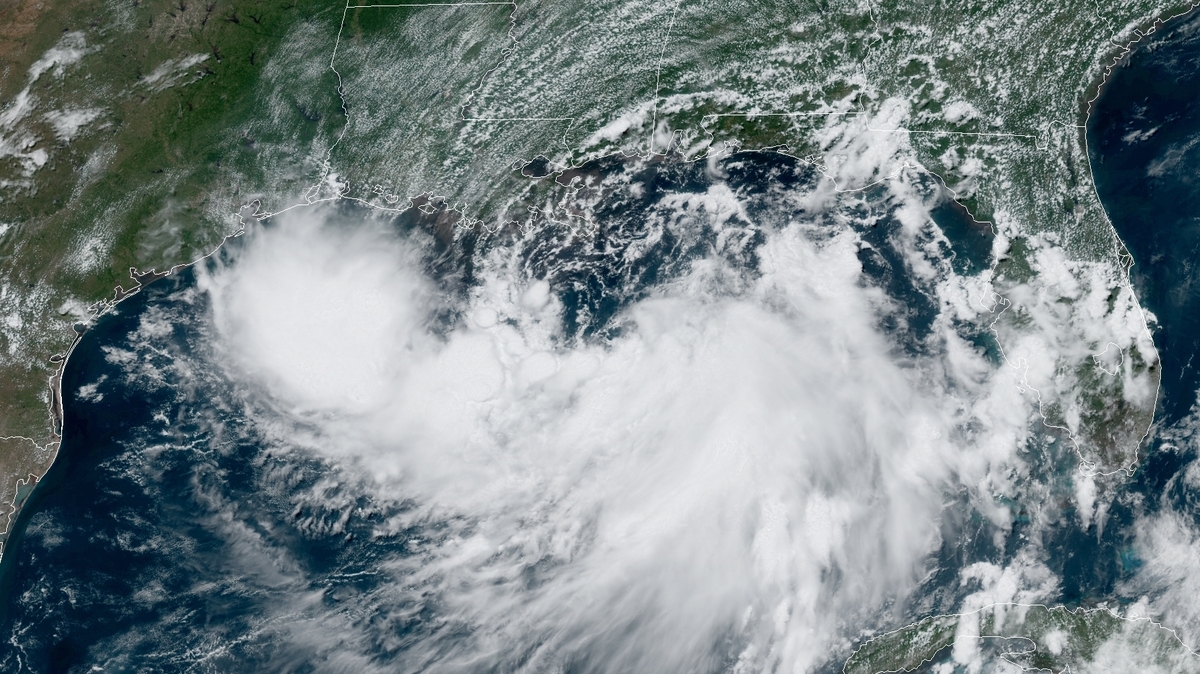 The slow pace and heavy rains of Tropical Storm Barry are likely to pose the greatest risk to people living along the Gulf Coast and inland areas, forecasters say.

In Jefferson Parish, the sprawling region west of New Orleans that extends from Lake Pontchartrain down to the Gulf, residents of Grand Isle and other towns are coming under mandatory evacuation orders and curfews Thursday. To help keep the flow of traffic moving inland, officials suspended tolls shortly before those orders took effect.

Jefferson Parish residents are also being urged to make sure leaves and other debris are cleared away from storm drains and catch basins to help drain water from neighborhoods.

"It's one little thing that everyone can do that makes a difference," Councilwoman Jennifer Van Vrancken said during a news conference Thursday.

Local governments are rushing to give residents sandbags in many parts of Louisiana, including Baton Rouge and the northeast.

To the east, the Mississippi Emergency Management Agency warns residents that rain totals could reach "10 inches or more in south and southwest Mississippi. "

Officials in both New Orleans and Jefferson Parish say they don't expect to have problems with levees, noting that they still have 5 to 6 feet of space to accommodate rising water levels.

Water management officials got a bit of bright news Thursday, when the forecast for the peak height of the Mississippi River at New Orleans was lowered to 19 feet. That's a drop from the previous forecast of 20 feet — but it's still above the 17-foot flood stage. The historic record at the spot is 21.3 feet.

Louisiana officials have already begun preparations. As member station WWNO reports, LSU is shutting down its campus on Friday and officials are telling residents along the coast to "heed every single warning" about what is expected to be a dangerous storm.

"Hurricane conditions are possible across the north-central Gulf Coast in a couple of days," the National Hurricane Center says.

The center has issued a hurricane warning for Intracoastal City to Grand Isle, along with these alerts:

In addition, the hurricane center says "a tornado or two are possible tonight and Friday across southern portions of Louisiana and Mississippi."

Forecasters say the system is likely to drop more than a foot of rain in some areas, predicting "accumulations of 10 to 15 inches near and inland of the central Gulf Coast through early next week, with isolated maximum rainfall amounts of 20 inches."

The storm is moving at only 3 mph. Forecasters expect it to maintain a slow pace, producing a "long duration heavy rainfall threat along the central Gulf Coast and inland through the lower Mississippi Valley through the weekend and potentially into early next week."

The last storm named Barry stalled out as a tropical storm as it made landfall in Mexico in 2013.