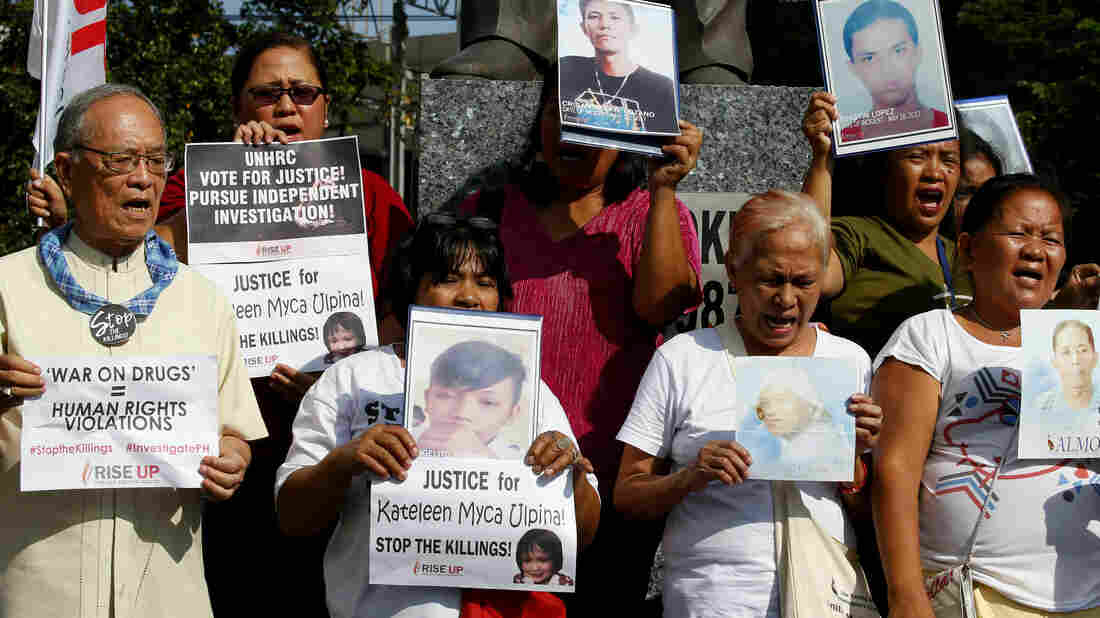 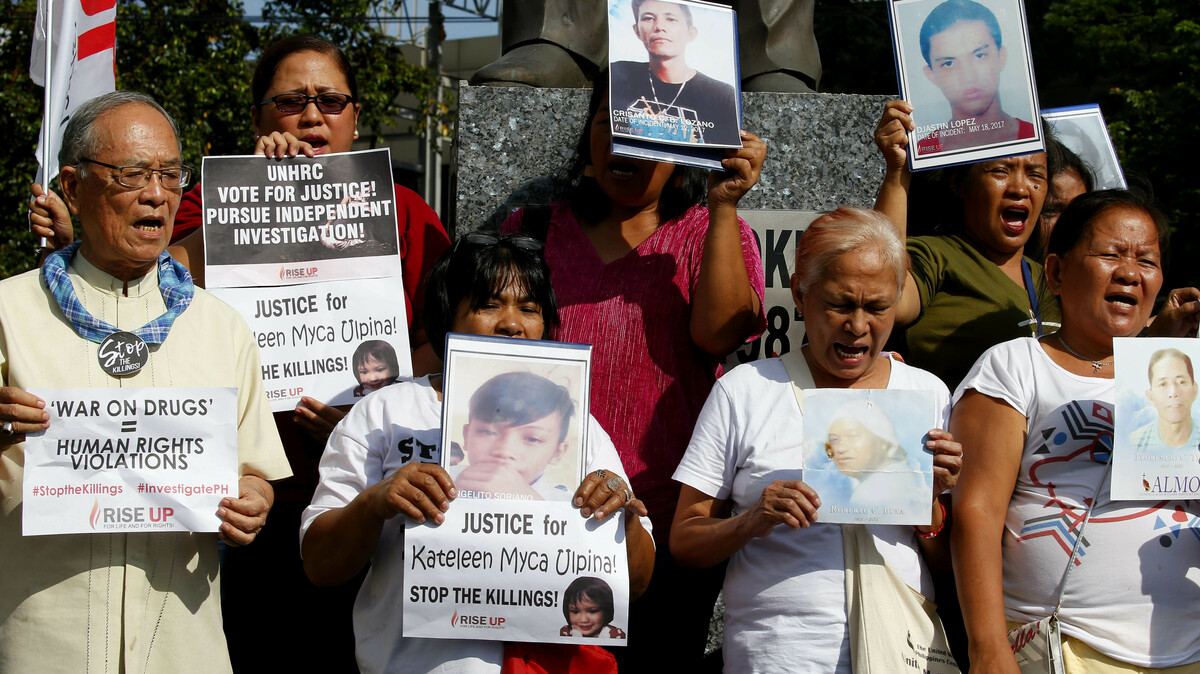 The United Nations Human Rights Council says it will investigate alleged crimes committed during the Philippine government's war on drugs, and passed a resolution mandating a detailed written report on allegations of extrajudicial killings, forced disappearances and arbitrary arrests.

The resolution, led by Iceland, secured the narrow backing of 18 states in the 47-member council, with 14 nations opposing it, and 15 countries abstaining.

The measure's passage earned the condemnation of the Philippine government. The New York Times reports the Philippine foreign minister, Teodoro Locsin, denounced the resolution as a travesty of human rights that came "straight from the mouth of the queen in Alice in Wonderland."

DW reports that after the vote, the Philippine ambassador to the U.N., Evan Garcia, said the Duterte administration is committed to upholding justice. "We will not tolerate any form of disrespect or acts of bad faith. There will be consequences," Garcia said.

The resolution requires the U.N. human rights chief to report on the situation in a year. The Philippine government has acknowledged at least 6,600 people have died in its antidrug campaign since 2016. Human rights activists say that figure is much higher.

"Duterte's anti-drug operations killed 5,281 people from the time they began in July 2016 through February 2019, according to Derrick Carreon, spokesman for the Philippine Drug Enforcement Agency. Human Rights Watch says that figure does not include nearly 23,000 others who police say were killed by unidentified gunmen or vigilantes, widely considered extrajudicial killings. Duterte denies involvement in summary executions and taunts human rights defenders with vows to widen the war on illegal drugs, which he says are making the country 'insane.'"

A young girl was shot last week in the Philippines, becoming one of the drug war's youngest victims. Newsweek reports, "A three-year-old girl called Myka Upina died on Sunday in crossfire during a drugs raid by armed police on Sunday in Rodriguez, Rizal, ABS-CBN reported. Ulpina's father Renato also died in the shootout. Police reportedly accused him of using the girl as a shield, which her mother denied."

In a statement Amnesty International's Nicholas Bequelin said the U.N. resolution "provides hope for thousands of bereaved families in the Philippines, and countless more Filipinos bravely challenging the Duterte administration's murderous 'war on drugs'. It's a crucial step towards justice and accountability."

"We urge the Philippines to cooperate with the UN Human Rights Office leading the investigation and take urgent measures to halt the brutal killings that have become the hallmark of the Duterte administration's campaign. If they do not, the Council may take further and more robust action. From here on, pressure on the architects of the government's murderous policies will only grow stronger," the statement continues.

Laila Matar, deputy Geneva director of Human Rights Watch, called the resolution a "modest but vital measure." Matar said, "It signals the start of accountability for thousands of 'drug war'-related killings and other abuses, and will provide hope to countless survivors and families of victims."