Accessibility links
Watch: Ocasio-Cortez, Immigration Experts, Others On Border Detention In Hearing A lawyer, lawmakers and the acting homeland security inspector general spoke to members of the House oversight committee on Friday about what they have seen and heard at the southern border. 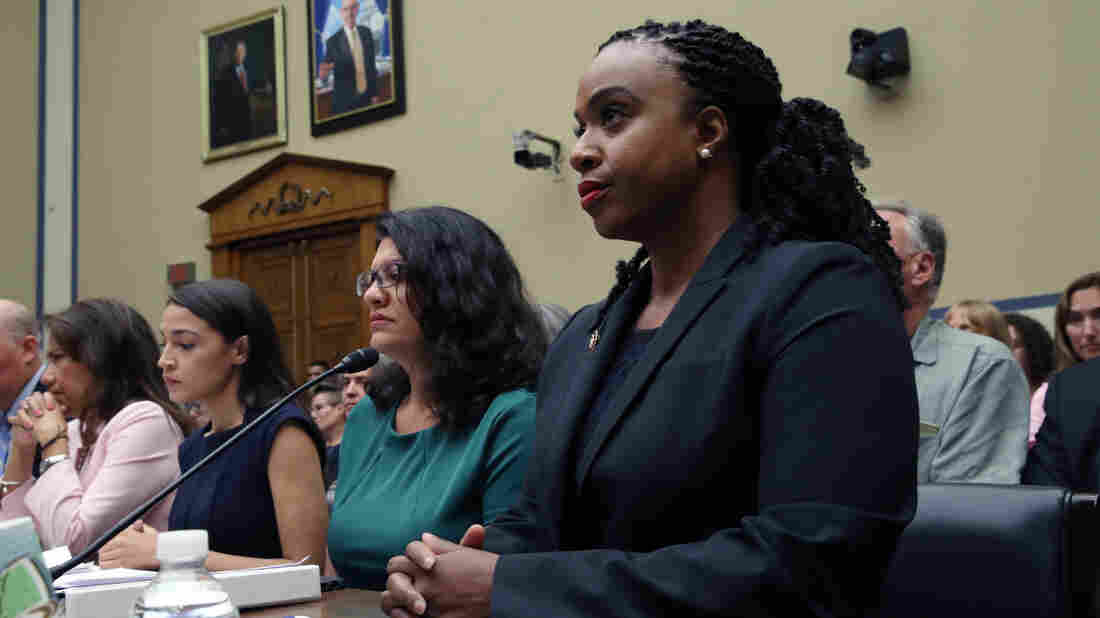 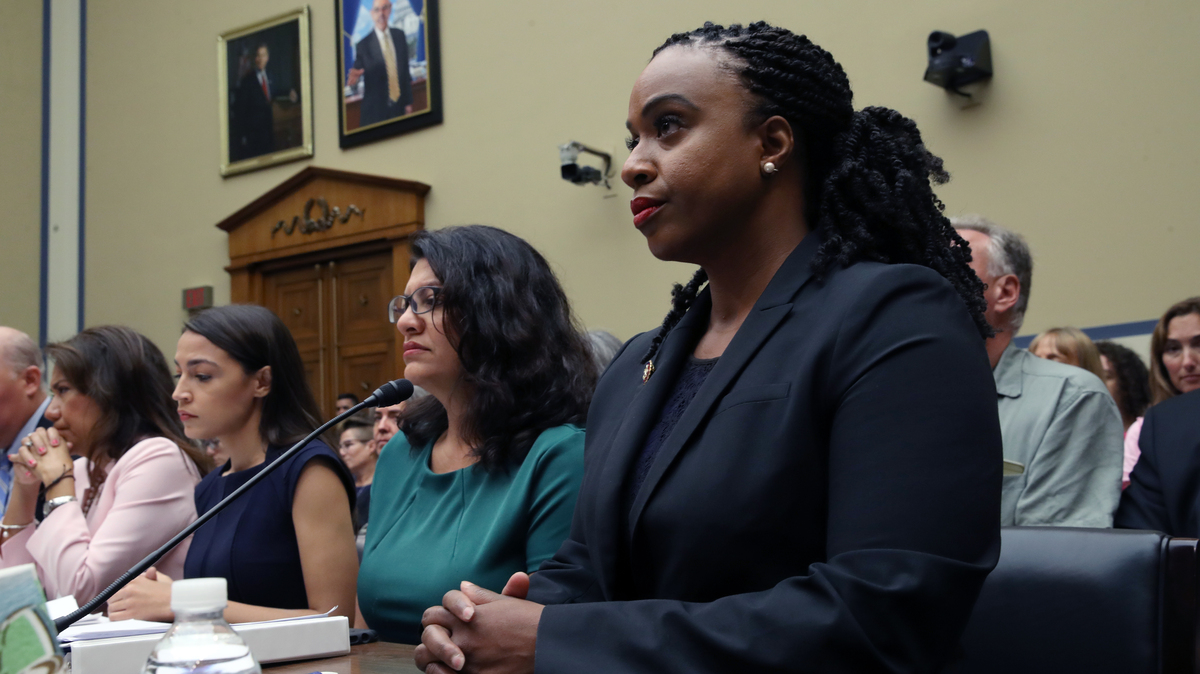 A House panel heard at times emotional testimony about conditions at facilities run by the Department of Homeland Security.

The hearing of the House oversight committee grew heated as Democrats and Republicans on the panel argued over who bore responsibility for the overcrowded and unsanitary conditions at detention centers on the southern border.

Republican lawmakers who represent border districts and Democratic lawmakers who have recently traveled to the border each testified.

Rep. Debbie Lesko, R-Ariz., disputed charges that some of those being held at a Border Patrol facility in Texas were forced to drink water from toilets. "Please, American public," Lesko said, "there is no one asking people to drink out of toilets." She referred to a video from the Arizona Border Patrol showing an agent touring a facility and drinking water from a sink above a toilet unit.

But Rep. Alexandria Ocasio-Cortez, D-N.Y., who made that accusation in a news conference after visiting a Texas CBP facility earlier this month, stood by her claim. After taking the unusual step of asking to be sworn in before testifying — something not required of the lawmakers — Ocasio-Cortez said when some of the women being held at the facility said they were told to drink from a toilet because the sink was broken, "I believe these women."

Ocasio-Cortez said there were American flags hanging at all of these facilities. "That children being separated from their parents in front of an American flag, that women were being called these names under an American flag," she said. "We cannot allow for this."

The committee released its own report on Friday, charging the Trump administration's child separation policy is "more harmful, traumatic, and chaotic than previously known."

The Director of Columbia Law School's Immigrants' Rights Clinic Elora Mukherjee spoke about the dozens of detained children whom she and her colleagues interviewed in June at the Clint Border Patrol facility in Texas.

"I was and I remain shaken to my core by what I witnessed at Clint," said Mukherjee, who has been working with detained families and children on the southern border for 12 years.

Mukherjee: 'What I Heard, What I Saw And What I Smelled'

Former Immigration and Customs Enforcement acting Director Thomas Homan told the panel, "The biggest problem involves the unwillingness of Congress to address the loopholes that are causing this crisis." He said calls for action have been met by deaf ears. "It's about [an] open borders agenda, resisting our president — more interest in that than securing our border," he said.

Rep. Gerry Connolly, D-Va., said, "There is no excuse for how we are treating children. Is there no limit to what you will justify in this administration when it comes to the mistreatment of our fellow human beings?"

When Homan tried to respond to Connolly, the two shouted over each other. Homan said later, "This is political theater at its best."

Meanwhile, Vice President Pence traveled to McAllen, Texas, where he visited a CBP holding station. According to a pool report, he told reporters he "couldn't be more proud of the CBP agents at the facility, and that every American would be proud.

"Every family I spoke to said they were being well cared for," he said, decrying the "harsh rhetoric" of Democrats. Pence said the overcrowding demonstrates why immigration laws needed to be changed.

Later in the evening, the vice president and pool reporters with him went to a section of the McAllen Border station with almost 400 men stood in caged fences. Pool reporter Josh Dawsey of the Washington Post said the "stench was overwhelming."

VP saw 384 men sleeping inside fences, on concrete w/no pillows or mats. They said they hadn’t showered in weeks, wanted toothbrushes, food. Stench was overwhelming. CBP said they were fed regularly, could brush daily & recently got access to shower (many hadn’t for 10-20 days.) pic.twitter.com/tHFZYxJF7C

Pence later said he was "not surprised by what I saw."

"I knew we'd see a system that was overwhelmed," Pence said, according to the pool report. "This is tough stuff."