Accessibility links
Location Apps Now Seen As Critical For Safety, Logistics Some say location sharing is crucial in emergency situations. But it's also changing the way people interact in relationships. 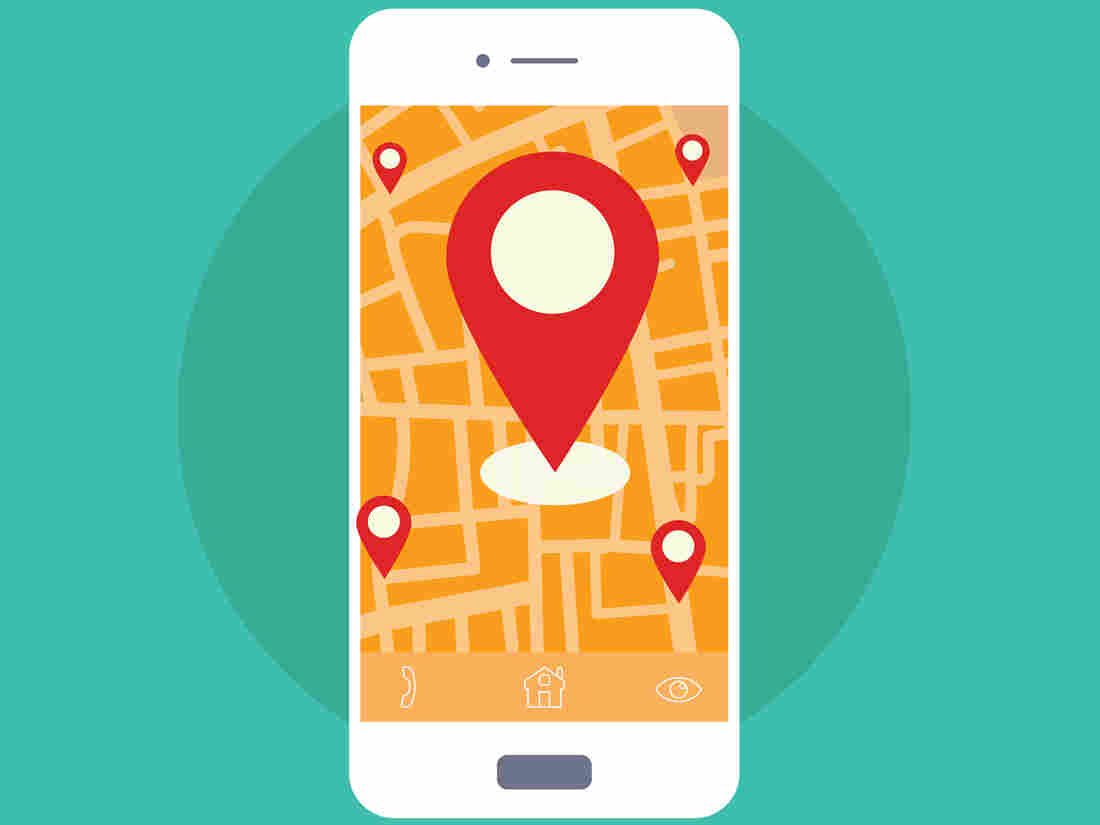 Apps like Find My Friends took several years to gain popularity. Many people were wary of sharing their location when it launched in 2011. Vijay Kumar/Getty Images hide caption 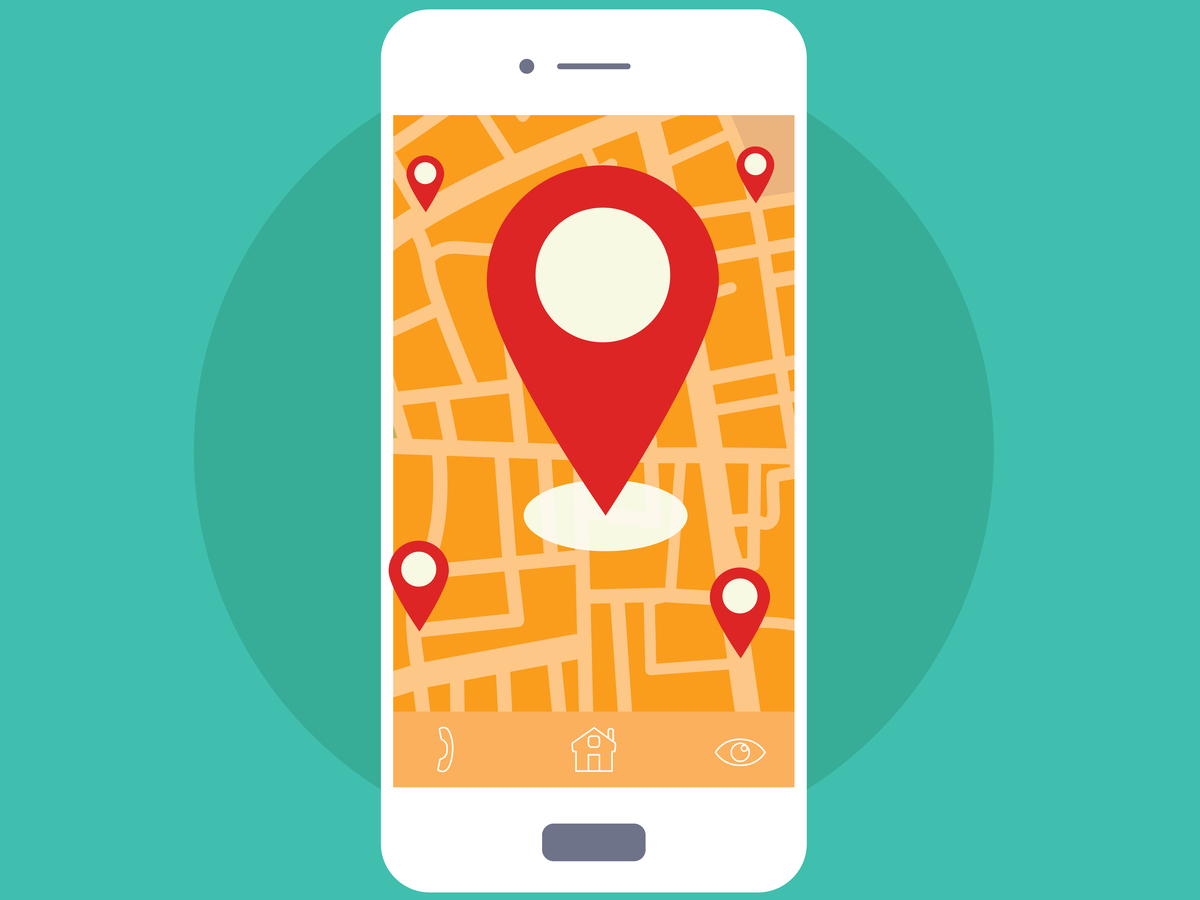 Apps like Find My Friends took several years to gain popularity. Many people were wary of sharing their location when it launched in 2011.

One afternoon three years ago, Chelsey Vance decided to go for a walk. She took some ibuprofen before she left her Nashville, Tenn., apartment. She didn't know then that she was allergic to the medication.

About halfway down the trail, she felt like she was going to faint. Vance sent her roommate her location through iMessage and asked the roommate to come pick her up. She soon began fading in and out of consciousness as she went into anaphylactic shock.

"I could feel my throat closing up, and I couldn't see anything," Vance says. "I couldn't find my phone to call 911, because I guess I dropped it when I was passing out."

Because her roommate had her exact location, the roommate was able to find Vance quickly and call an ambulance. Vance credits the location-sharing service as the reason she's alive today. She now uses apps like Find My Friends to share her location with her boyfriend and close friends indefinitely, so they can find her immediately in case anything like that happens again.

Vance's story exemplifies one of the most obvious purposes of location sharing: safety. But it's used much more often in nonemergency situations. Modern relationships have become defined by the constant communication enabled by smartphones. Josh Constine, editor at large of the website TechCrunch, said constant checking-in through location sharing is the next natural step.

According to Constine, launches of apps like Foursquare, in 2009, and Find My Friends, in 2011, were the start of mainstream location sharing. But at the time, many people were hesitant to share their location and thought twice before using these apps regularly.

Location sharing had really taken off, Constine said, by the time Snapchat released, in 2017, its Snap Map feature, which shows users where all their contacts are anywhere on the globe. Today, people frequently opt to broadcast their whereabouts to their social circles, something that Constine said would have been a terrifying concept before smartphone technology.

"Now we all treat GPS as a critical utility," Constine told NPR in an email. "Privacy and security norms continue to loosen. We don't think twice about staying in a stranger's house via Airbnb or riding in their car via Uber." Why should location-sharing apps be any different?

NPR asked its readers why they share their location and with whom they share it. We received about 100 responses detailing a range of experiences with these apps.

Many appreciate them. They said the apps provide peace of mind or at least make coordinating more convenient. People use them to manage the logistics of road trips or check if their roommate stopped at the grocery store on the way home. It does away with the need for updates through texts and calls — you can get an answer without disturbing anyone.

Even if people haven't been in a situation where location-sharing apps directly contributed to their safety, many use them just in case. Calvin Jordan, who lives in Alexandria, Va., says that because he recently moved, he doesn't have a lot of friends and family members in the area. He feels better knowing that people closest to him have his location, even if they're hundreds of miles away.

"If I go out somewhere strange or it's late ... I'll go into a group chat with my sister and a friend of mine, people who have me on Find My Friends," Jordan says. "I'll go, 'Hey, I'm here. I'm planning to leave at this time. If you don't see my little icon move, just give me a call or something — make sure I'm OK.' "

Several parents said they use the app to keep track of their kids, specifically their teens who drive. Joan Rose, from San Diego, uses Find My Friends to track her teenage son. She says the app reduces her worries when he's out late at night and allows her to see when he's on his way home.

Some teens, on the other hand, expressed frustration at their parents' use of location-sharing apps to keep tabs on them and said it can feel restricting. No longer can they use traffic as an excuse for missing curfew — their parents know exactly where they were.

Minor moments of tension are common consequences of location sharing, a standard one being the annoying revelation that the friend who promised they were on their way wasn't telling the truth.

"I would arrive at a place we were supposed to meet and could go on Find My Friends and see they hadn't even left their house yet or were just leaving," wrote Margo Morton of Louisville, Ky. "It drove me crazy! I was scared to look sometimes."

Additionally, unexplained appearances on the app can breed suspicion, instigate more serious arguments and, in some cases, even lead to stalking. One person wrote that he exposed his wife's affair when he tracked down the restaurant she was at with another man. Someone else said her unhinged ex used her location to find her at her place of work and cause a scene. The lines between legitimate and inappropriate uses of these apps, according to Constine, can be blurry.

Overall, the responses reflected a common theme — that location sharing is a double-edged sword. These apps provide a constant source of useful information and, in instances like Vance's story, can be invaluable in emergency situations. But they're also rapidly changing social norms and revealing behaviors that people used to be able to hide.

"It kind of exposes the lies, which I guess is a good thing," Jordan says. "But at the same time, it does kind of make you begin to question, well, what else could you be telling little fibs about in our relationship?"

Abigail Clukey is an intern on NPR's National Desk.