This June photo of R. Kelly shows him departing a courtroom in Chicago in a case related to a state sexual abuse case. On Thursday, federal prosecutors said an additional criminal prosecution against Kelly has been launched. Amr Alfiky/AP hide caption 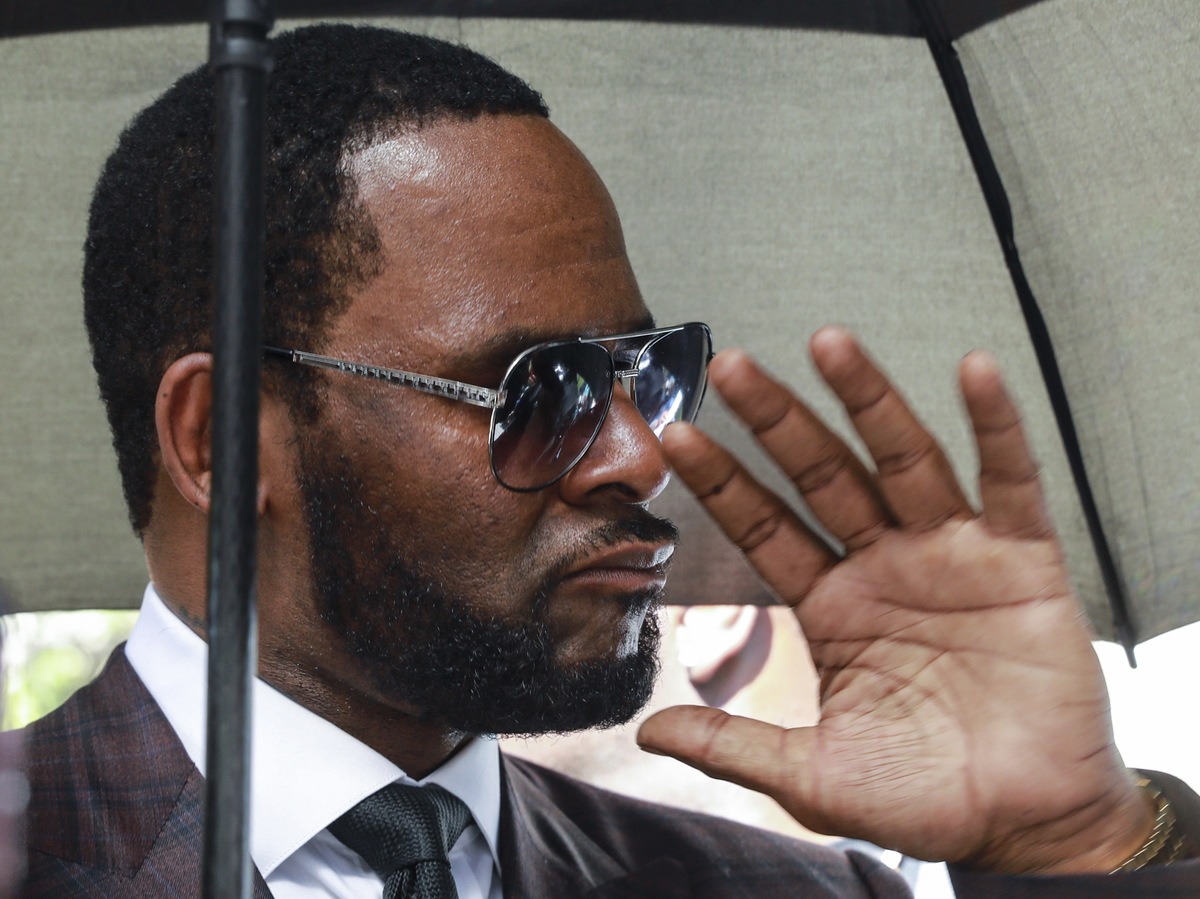 This June photo of R. Kelly shows him departing a courtroom in Chicago in a case related to a state sexual abuse case. On Thursday, federal prosecutors said an additional criminal prosecution against Kelly has been launched.

The bombshell indictments, the first federal criminal charges against Kelly, come a day after he was arrested while walking his dog outside his home in Chicago's Trump Tower. He faces a total of 18 federal counts.

In Northern District of Illinois, the indictment contains allegations of child pornography and obstruction of justice for allegedly making hush-money payments to silence the victims.

Those charges involve five minors. Prosecutors say that beginning in about 1998, Kelly made sexual videos with several of the victims. Also charged in the Illinois indictment are two of Kelly's associates, Derrell McDavid, a manager of Kelly; and Milton "June" Brown, another Kelly employee.

Prosecutors allege a conspiracy by Kelly to coverup evidence of sexual contact with minors. According to the charging documents, Kelly and his associates paid out hundreds of thousands of dollars to collect copies of his child pornography videos, which had begun circulating. In addition, authorities say Kelly and others paid alleged victims, their parents, other family members and other witnesses to prevent them from testifying in court or otherwise coming forward. Those payoffs were said to include gifts and foreign travel as well as cash, and that Kelly also "used physical abuse, violence, threats of violence, blackmail, and other controlling behaviors" to silence his alleged victims.

In the indictment unsealed Friday morning in New York, federal prosecutors charged Kelly with one count of racketeering related to kidnapping and four violations of the Mann Act, which prohibits transporting people across state lines for "immoral purposes." Kelly allegedly abused five victims, including three minors, in incidents as far back as 1999 and as recently as 2018, the indictment alleges.

Prosecutors say Kelly worked with his bodyguards, drivers and personal assistants to form an illegal conspiracy to find and abuse women and girls "to engage in illegal sexual activity with Kelly," prosecutors wrote. "By promoting R. Kelly's music and the R. Kelly brand, the members of the Enterprise expected to receive financial opportunities and personal benefits and increased power."

Kelly and his entourage allegedly recruited and groomed women and girls, enticing them with access to the singer and promises of money. Authorities say he confined the victims against their will, forcing them to engage in sex acts and sometimes filming the sexual activity. Authorities say the women had to follow Kelly's strict rules, like not leaving a room without Kelly's permission, not looking at other men and calling Kelly "Daddy."

These incidents are alleged to have taken place in locations including Chicago, Connecticut, California and in Brooklyn, where prosecutors on Friday unsealed the charges.

Darrell Johnson, a crisis manager who works as Kelly's publicist, held a spectacle of a press conference Friday in Atlanta in which he was continually interrupted by Timothy Savage, who is the father of Joycelyn Savage, a girlfriend of Kelly's.

"I want to know where my daughter is," Timothy Savage screamed at Johnson. "Where is she at? Answer that question!"

Kelly will remain detained until a hearing on his detention Tuesday.

Prosecutors have requested that Kelly be held in without bail while he awaits trial, saying he is a danger to the community and a significant flight risk.

Kelly's accusers viewed Friday as a long-overdue day of reckoning, coming after decades in which Kelly has been dogged by accusations of child pornography and sexual contact with minors. He had previously been prosecuted by Illinois authorities in a child pornography case, but in June 2008 Kelly was acquitted of all charges.

Kelly's attorney, Steve Greenberg, released a statement Friday saying Kelly "was aware of the investigations and the charges were not a surprise." In his statement, Greenberg repeated assertions that he has made previously in connection to the Cook County indictments: namely, that they involve decades-old allegations.

"They've charged him in New York with enticing people and encouraging people to have sex with him," Greenberg said. "I don't think people accidentally have sex so I'm not really sure what the criminal activity is here."

In recent months, fresh interest has been generated around the longtime accusations against Kelly.

An interview Kelly did with Gayle King in March in which he emotionally denied sexual misconduct prompted widespread attention.

And Lifetime's recent six-episode Surviving R. Kelly documentary included accounts from several women who accused the singer of misconduct, drawing a new focus to the longstanding accusations lodged at him. More accusers began publicly telling their stories about alleged abuse and sexual misconduct perpetrated by him.

State prosecutors in Chicago this year have filed sexual assault and abuse charges against him, the latest of which were filed six weeks ago. Kelly, 52, whose real name is Robert Sylvester Kelly, has pleaded not guilty.

Attorney Gloria Allred, who represents three of Kelly's alleged victims, said in a statement said Friday was an important day for Kelly's accusers.

"I am very proud of the courage of many of my clients who shared what they allege against Mr. Kelly with investigators and prosecutors," Allred said. "Justice, which is long overdue for his victims, will soon be done."