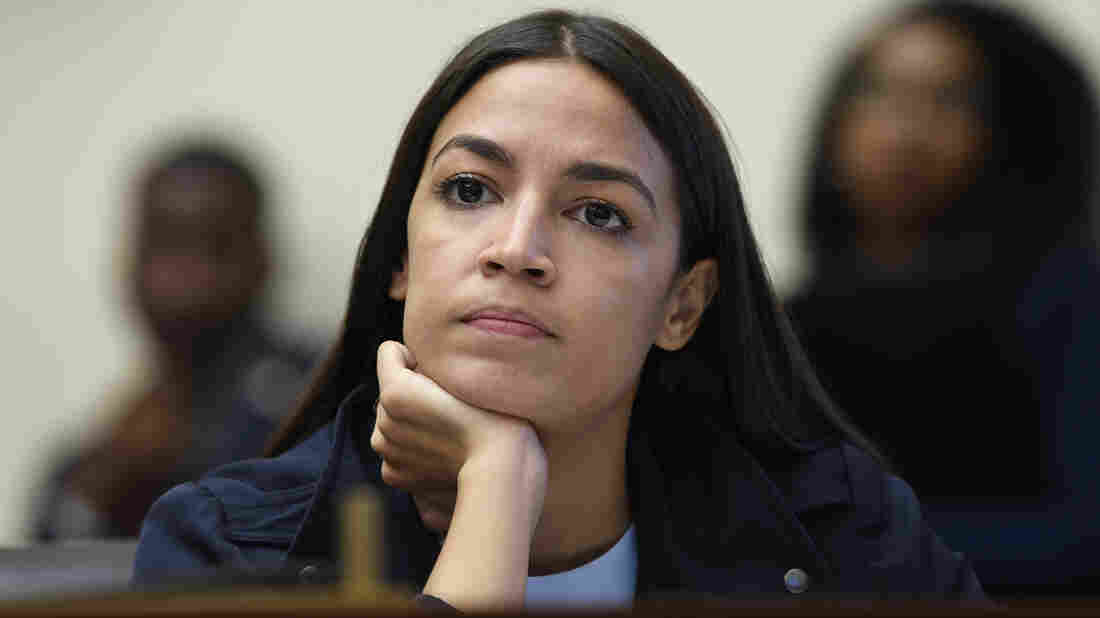 Rep. Alexandria Ocasio-Cortez, D-N.Y., is being sued by two people who said they were blocked from her popular Twitter account. Susan Walsh/AP hide caption 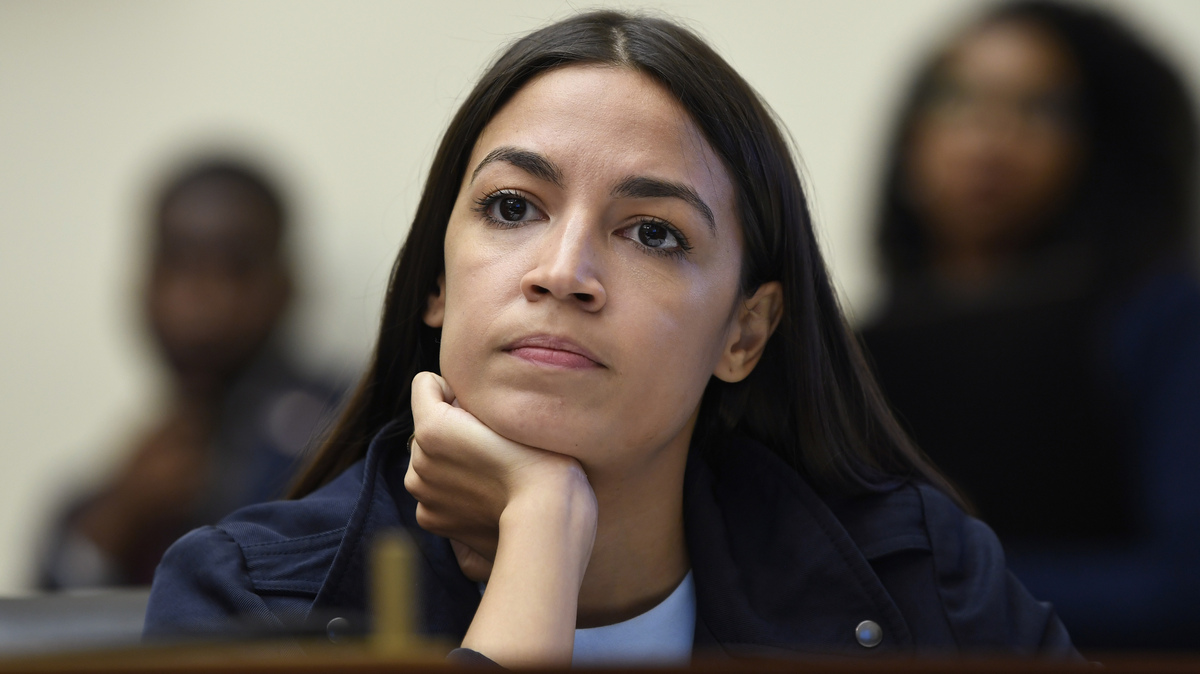 Rep. Alexandria Ocasio-Cortez, D-N.Y., is being sued by two people who said they were blocked from her popular Twitter account.

Rep. Alexandria Ocasio-Cortez, D-N.Y., is being sued by two people who say they criticized her on Twitter and were then blocked from her account, which has more than 4.7 million followers.

The two federal lawsuits were filed Tuesday, the same day a federal appeals court in New York upheld a lower court ruling that President Trump violated the First Amendment by blocking critics on Twitter. The three-judge panel's unanimous ruling said that because Trump uses his Twitter account as a public forum, he cannot bar people who disagree with him from taking part in an open dialogue.

The lawsuits against Ocasio-Cortez were filed by Dov Hikind, a former New York state assemblyman, and Joseph Saladino, a social media personality who goes by the name Joey Salads and is running for Congress.

Saladino announced his lawsuit Tuesday on Twitter, saying, "Trump is not allowed to block people, will the standards apply equally? Stay tuned to find out!"

According to the court document he posted, Ocasio-Cortez blocked Saladino on May 9. Hikind's lawsuit states that he lost access to the freshman lawmaker's @AOC Twitter account on Monday, a day before the appeals court ruling on Trump's social media account.

"It was spectacular timing, it was godly in a sense, and I say that tongue in cheek," Hikind told NPR by phone from Israel. He added, "I really don't think [the timing] matters, and since it happened, if she had courage, she would just do the right thing."

Hikind said he was blocked after criticizing Ocasio-Cortez for equating migrant holding facilities at the U.S. southern border to concentration camps. Hikind accused her of blocking him "purely because of his speech in support of Jewish values and Israel."

Corbin Trent, a spokesperson for Ocasio-Cortez, told NPR that her office had no comment.

Saladino, who is running as a Republican for a congressional seat representing Staten Island and Brooklyn, has about 2.5 million subscribers on YouTube and 104,000 followers on Twitter. He said he wants to use his social media skills to help conservatives with messaging after he "suddenly realized his liberal friends were protecting the institutions and establishments that were hostile to Staten Island."

Some of his videos have spurred accusations of racism. He also discussed his sex life in a Twitter thread.

Some New York Democrats voiced their support for Ocasio-Cortez. "Blocking people on social media — esp as women, typically subjected to an avalanche of hateful and misogynistic speech online — is not a violation of their First Amendment rights," said state Sen. Julia Salazar, D-Brooklyn. "None of us have a constitutional right to use someone's Twitter to abuse them."

Hikind said his criticism of Ocasio-Cortez focused on policy and never veered into vile territory. "This is about every elected official," he told NPR. "Just because you don't like what someone is saying, just because you can't deal with someone's criticism of your policy, 'I'll be deaf and dumb,' that's hopefully going to be history all over the country."