Accessibility links
Turkey Accepts Russian S-400 Missile System, Rankling U.S. And NATO In response, the Pentagon is expected to announce that Turkey will be barred from receiving the new F-35 fighter. 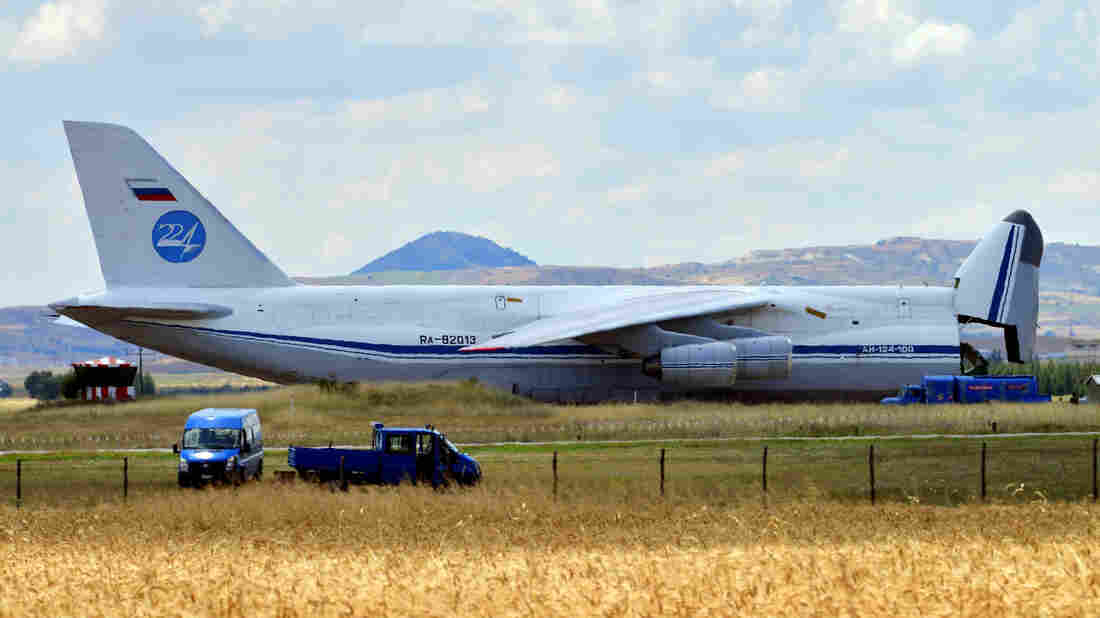 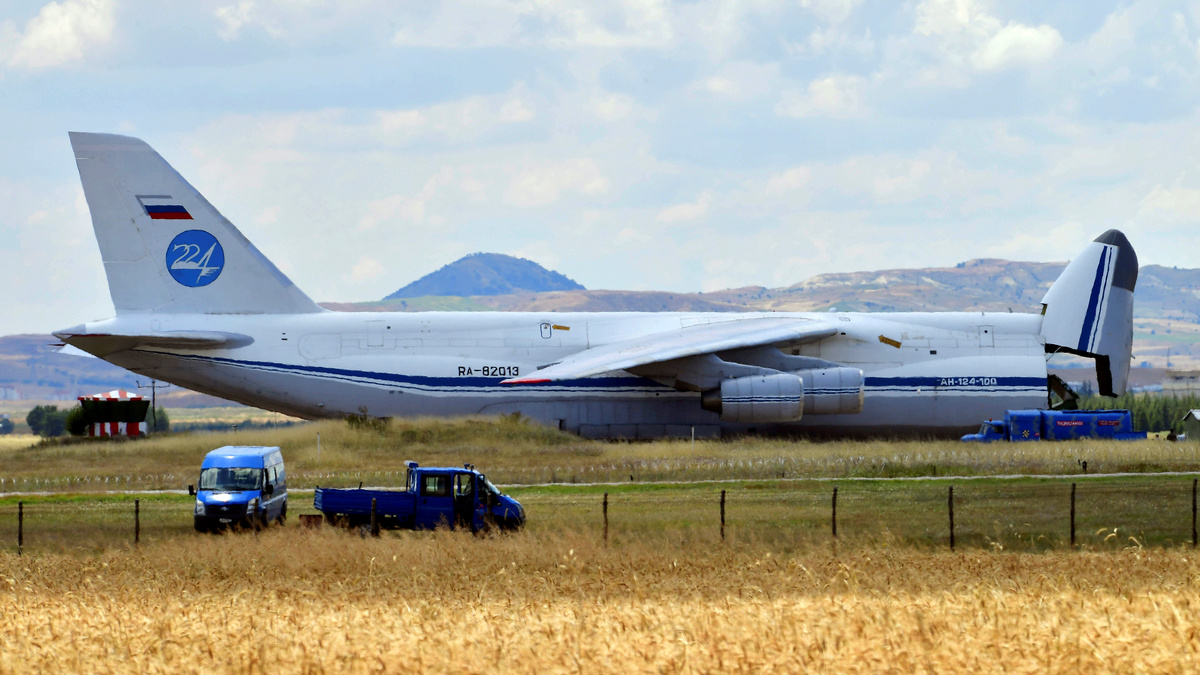 A Russian cargo plane carrying parts of Russia's S-400 missile defense system landed at a military air base near Ankara, Turkey, on Friday.

The first pieces of the S-400 missile defense system Turkey bought from Russia — against the wishes of the U.S. and NATO — began arriving Friday, according to Turkey's National Defense Ministry. In response, the Pentagon is expected to announce that Turkey will be barred from receiving the new F-35 fighter.

Turkey had planned to buy 100 F-35s, which are produced by Lockheed Martin. But since Turkey announced in 2017 that it also planned to install Russia's S-400 air-defense system, the U.S. has repeatedly said that Turkey can have one or the other — but not both.

"If Turkey procures the S-400, it will mean they will not receive the F-35. It's that simple, " acting U.S. Defense Secretary Mark Esper said last month.

Beyond implying a crisis of solidarity in the NATO alliance, the Russia-Turkey deal has been criticized by the U.S. and its allies because of the potential for sensitive information to be sent back to Russia by its advanced missile system.

NPR's David Welna reported earlier this year on the concerns of U.S. military officials: "The S-400, they say, is designed to detect and shoot down stealth fighters like the F-35. Planting that air-defense system on Turkish soil could, by means of its powerful radar, help Moscow discover the secrets — and the vulnerabilities — of the F-35s that Turkey intends to acquire."

Turkey went ahead with the deal despite warnings from the U.S. that buying the Russian system could prompt sanctions. On Friday, Turkey's Defense Ministry announced via Twitter that the first component had arrived at the Murted Air Base in Ankara. Photos from the scene showed a large Russian cargo jet landing and opening its nose cone to unload large equipment, which was kept under tarps.

But the operation itself was far from secret: Russia's Defense Ministry even posted a Facebook video of much of the process, showing trucks and material being loaded into an Antonov An-124 jet and then being offloaded on the tarmac in Ankara.

As the Russian system lands on Turkish soil, NATO said it's "concerned" about Russian missiles being deployed by a longtime NATO ally.

"It is up to allies to decide what military equipment they buy," a NATO official told NPR. "However, we are concerned about the potential consequences of Turkey's decision to acquire the S-400 system."

Noting that NATO members see the interoperability of their military forces as a fundamental strength of the alliance, the official added, "We welcome that Turkey is working with several allies on developing long-range air and missile defense systems."

Turkey is paying some $2.5 billion to acquire the air defense system, according to Russia's state-run Tass media.

The U.S.-Turkey rift is also reflected in their divide over Kurdish militants in Syria. While the Kurds became U.S. allies fighting against ISIS, Turkey's government views them as terrorists, citing their links to militants in Turkey.

In addition, Turkish officials say they were forced to look for a replacement for defensive missiles after the U.S. and Germany withdrew Patriot missile batteries from the country.

"The only Patriot missile batteries we have right now are the ones owned and lent to us by Spain and Italy. So that all has created a sense of consternation in Ankara as to why our allies are withdrawing their Patriot missile systems when we need them the most. And that all has led to Turkey looking for alternatives."