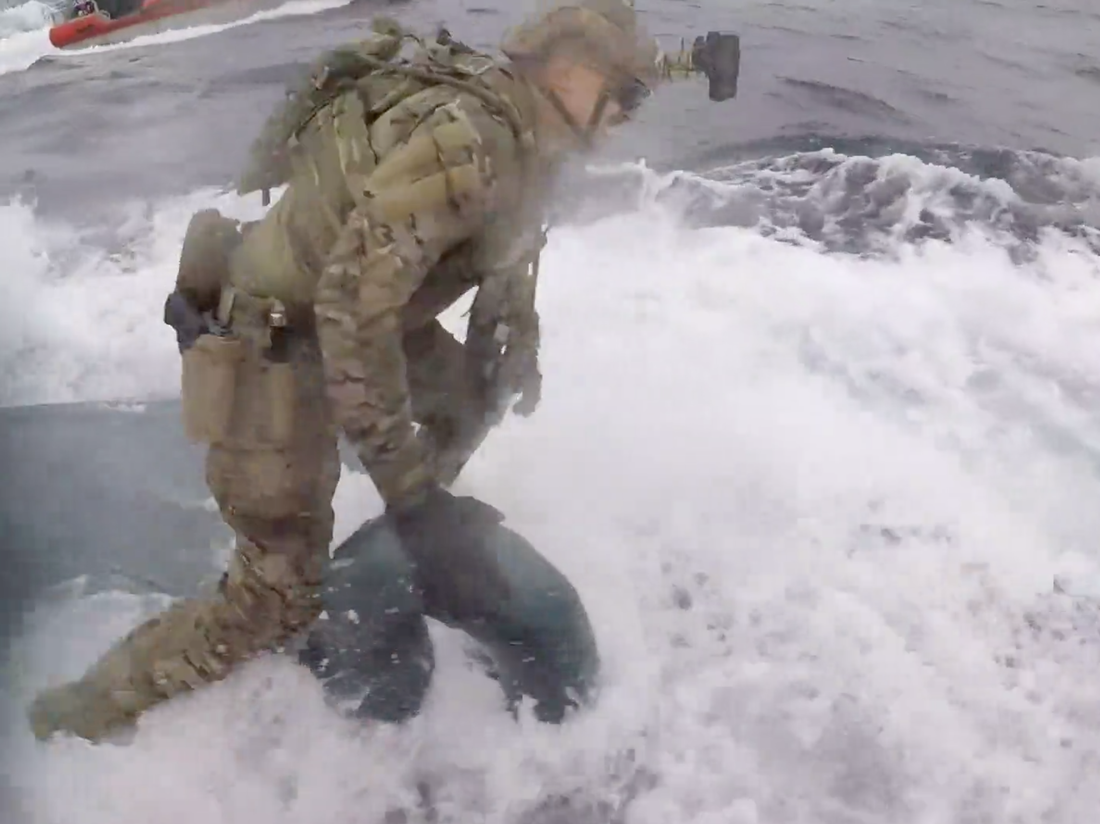 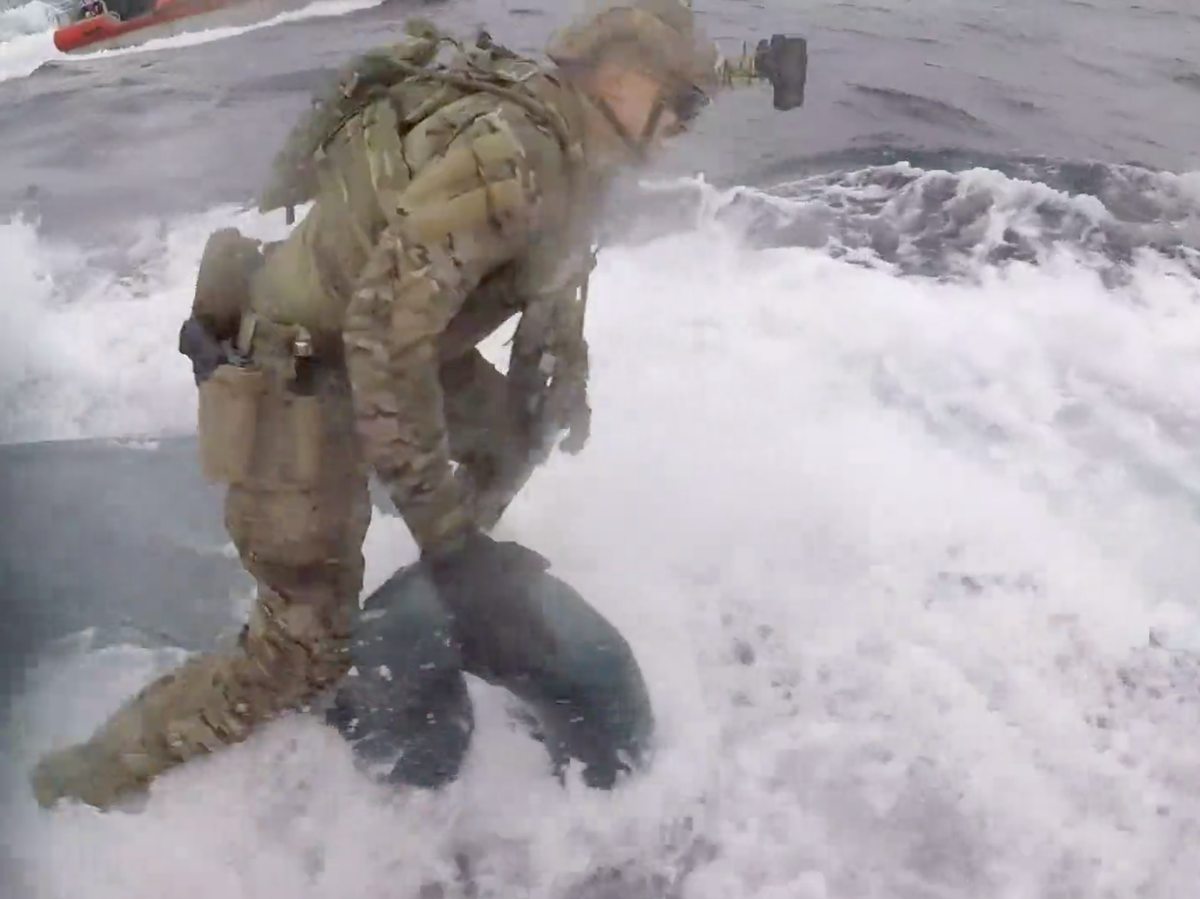 U.S. Coast Guard Cutter Munro crew members board a semi-submersible suspected of carrying drugs on June 18 while operating in international waters of the Eastern Pacific Ocean.

A high-speed chase involving a suspected narco-submarine out in the eastern Pacific Ocean offers a look into just how dangerous the U.S. Coast Guard's operations to combat drug smuggling can be.

The dramatic, one-minute video was recorded by a member of the Coast Guard wearing a helmet camera on June 18. It was released on Thursday.

"Stop your boat!" a Coast Guard member's voice can be heard repeatedly shouting in Spanish.

But the self-propelled, semi-submersible speeds ahead in the international waters of the Pacific. "That's going to be hard to get on," the man says.

The U.S. Coast Guard cutter Munro gets closer to the vessel, and a person is able to climb aboard and pound on the vessel's hatch. A suspected drug smuggler emerges, hands in the air.

That's where the footage stops.

The craft was reportedly holding more than 17,000 pounds of cocaine, valued at about $232 million, according to The Washington Post.

Such vessels are built to evade detection while holding large amounts of illegal imports, the Coast Guard said in a description accompanying the video.

"They're like the White Whale," Lt. Cmdr. Stephen Brickey told the newspaper. "They're pretty rare. For us to get one, it's a significant event."

That's because smugglers often will open a valve and purposefully sink their vessels to avoid seizure, dispersing evidence of suspected crimes into the ocean. Brickey told the Post that law enforcement often has just one or two minutes to evaluate whether a vessel they boarded is heading to the ocean floor.

A Coast Guard aircraft initially spotted the semi-submersible and then two boats stealthily approached, CNN reported. It added that all five people on the seized vessel were handed over to the U.S. Drug Enforcement Administration.

Vice President Pence attended an offloading event Thursday at Naval Air Station North Island in San Diego involving 39,000 pounds of cocaine and 933 pounds of marijuana seized from suspected drug smugglers in the Eastern Pacific, including the cocaine from the semi-submersible.

Those drugs — worth some $569 million — were seized by three Coast Guard cutters in busts between May and July.