Accessibility links
Amy Klobuchar On NPR Politics Podcast: Judicial Nominations Are Top Priority In an ongoing series, the NPR Politics Podcast is hitting the road and interviewing 2020 Democratic presidential candidates. In this episode, Tamara Keith and New Hampshire Public Radio's Josh Rogers sit down with Minnesota Sen. Amy Klobuchar to ask about why she's the best pick for president. This series is produced in collaboration with NHPR and Iowa Public Radio. 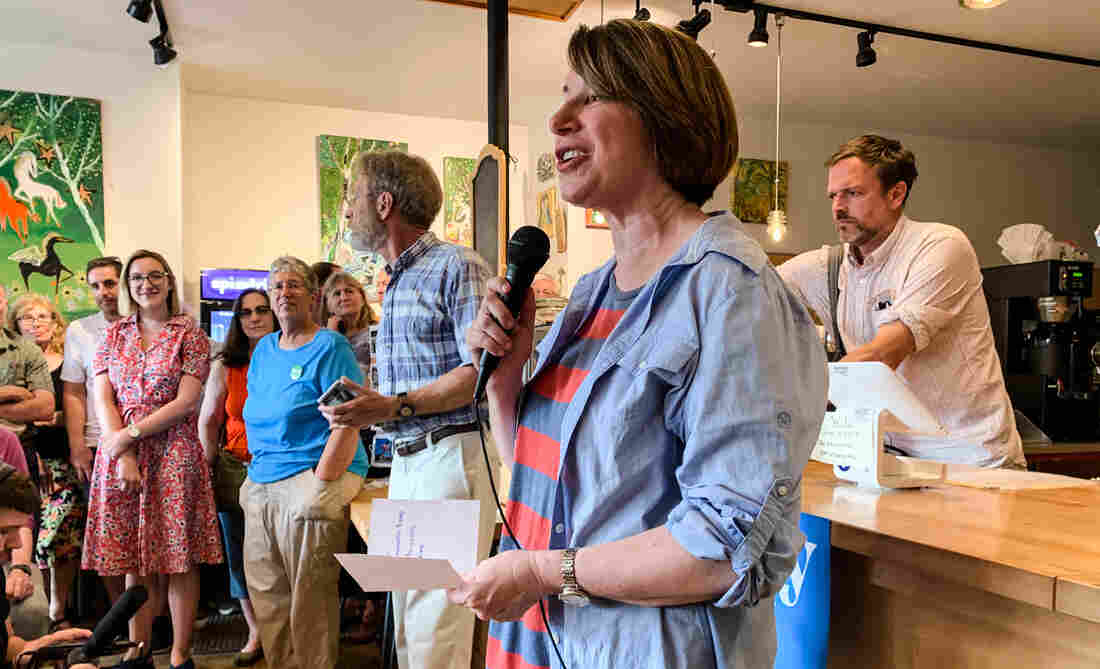 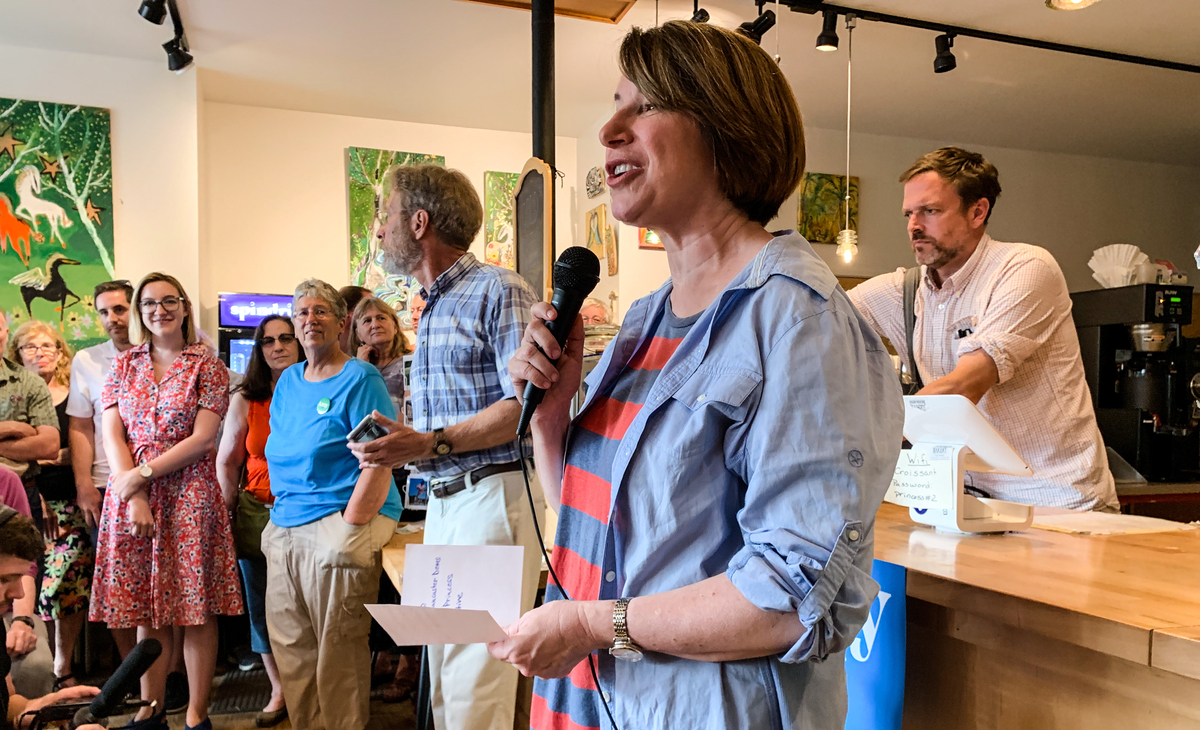 Sen. Amy Klobuchar of Minnesota speaks to supporters at the Polish Princess Bakery in Lancaster, N.H.

Minnesota Sen. Amy Klobuchar says she'd nominate a full slate of qualified judges on Day 1 of her presidency. "There's going to be a lot of retirements, a lot of openings, and we have to move immediately," Klobuchar said.

But the Democratic candidate for president isn't naming names. And she told The NPR Politics Podcast and New Hampshire Public Radio that she doesn't intend to unless she wins.

"I think that you interview people, you make decisions — you can't do that as a candidate," Klobuchar said. "You can't vet them like you should. As a candidate you don't have the FBI."

As a candidate in 2016, Donald Trump put out a list of judges he said he would draw from to fill the Supreme Court vacancy created when Justice Antonin Scalia died unexpectedly and Senate Majority Leader Mitch McConnell, R-Ky., refused to consider then-President Barack Obama's nominee. That move was seen as offering reassurance to evangelical voters concerned about Trump's multiple marriages, vulgar language and assault allegations.

Klobuchar said that while it may have worked for Trump, "that's just not what I'm going to do."

A conservative group ran an ad during the first Democratic presidential debates accusing the candidates of having a "secret list" of lower-court judges lined up and calling for them to release the list. But the pressure is coming from the left, too — in particular to release names of potential Supreme Court picks.

"The Democratic nominee for president should release a list of potential nominees," said Brian Fallon, executive director of Demand Justice, a progressive judicial advocacy group. "Not just because it is good politics in the sense that it would rally a progressive base behind a more concrete possibility about who we might get on the Supreme Court if we vote for that person. It's also the right thing to do from the standpoint of explaining what your priorities are."

Klobuchar is a former prosecutor and is a member of the Senate Judiciary Committee. Asked about the special counsel report on Russian election interference, she said she thinks President Trump committed obstruction of justice.

"It was laid out with those 10 instances of obstruction," she said. "There's a concept in the law called 'totality of the evidence,' and that is that you look at everything together, you look at this pattern, and when you look at it as a pattern, to me it's very clear it's obstruction."

Robert Mueller did not make a prosecutorial judgment about Trump because of Justice Department rules that say a sitting president can't be indicted. But what if Trump is no longer president? Would a President Klobuchar want her Justice Department to pursue obstruction of justice or other charges against former President Trump?

She wouldn't go there.

"As a former prosecutor, I'm very careful about saying what I'm going to do until you look at the evidence," Klobuchar said.

But, she goes further, making an argument about the need for separation between the president and Justice Department when it comes to prosecutorial decisions. This is a point California Sen. Kamala Harris, who was asked the same question in her NPR Politics Podcast interview, did not make.

"Those are decisions that shouldn't be made with political involvement," said Klobuchar. "I would never say definitively what I'm going to do because you want to allow the lawyers and the people who are supposed to do that work do it without political influence. This is one of the problems of Donald Trump, who's going after companies and selecting people that he thinks should be prosecuted. That's not how we want the American justice system to work."

Klobuchar is pitching herself as a candidate who can appeal to more moderate Democrats and even Republicans and independents who don't support Trump. She talks about her ability to work with Republicans to pass legislation in the Senate. The bills have tended to be small-scale efforts to solve everyday problems, not the kind of sweeping legislation that would be labeled as "comprehensive."

She seems to think that if Trump is no longer president, some semblance of normalcy would return, and she'd be able to get Congress to pass bigger, bipartisan legislation.

"These Republicans right now with Donald Trump, it's like, 'How high can I jump?' " Klobuchar said. "They are afraid of him. ... So a new president coming in who understands Congress and understands them will be in a better place to be able to find those common-ground points."

She sees room to work on things like infrastructure, mental health and addiction. She even thinks immigration overhaul would be possible.

"The chamber wants it," she said. "The AFL-CIO wants it. They're just afraid of Donald Trump."