Accessibility links
Who Is Stephanie Grisham, Trump's New White House Press Secretary? In a previous role Stephanie Grisham was involved in an effort to boot a reporter from covering the Arizona House. Generally liked by reporters, she can be fierce in defending those she works for. 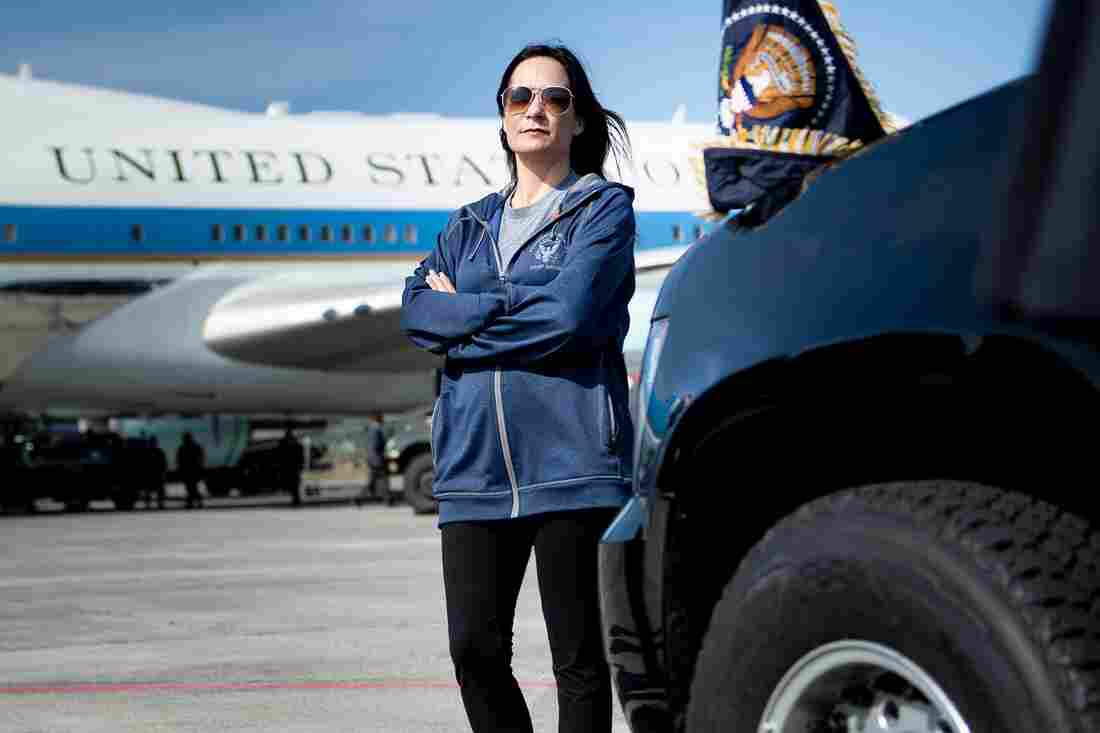 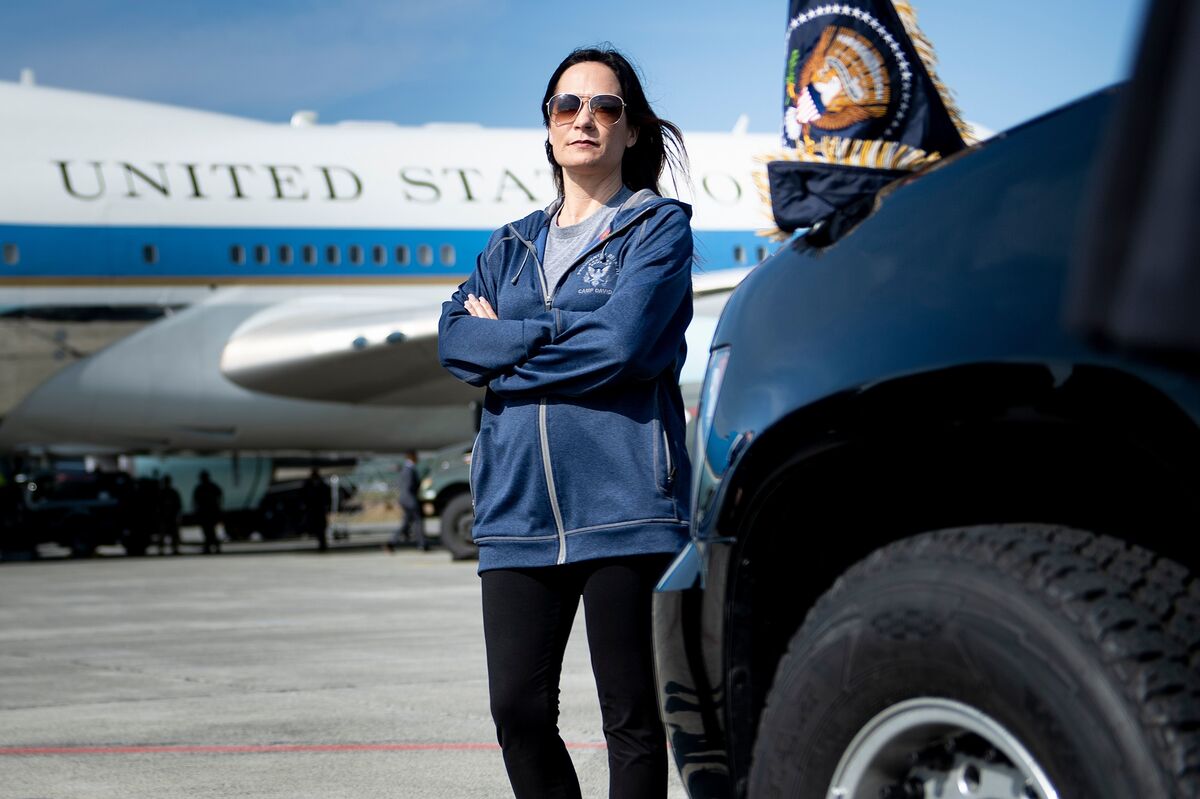 White House press secretary Stephanie Grisham waits as Air Force One is refuelled at Elmendorf Air Force Base while travelling to Japan June 26, 2019, in Anchorage, Alaska.

Years before she would become President Trump's third press secretary, Stephanie Grisham had a photo of the White House hanging on her office wall in Arizona, to remember where she wanted to go.

"She made no secret of the fact that she wanted to be the White House press secretary," said Hank Stephenson, the editor of the Yellow Sheet Report, a daily political tip sheet in Arizona. "She told reporters that. She told friends that."

Grisham, who now holds one of the most high-profile jobs in the White House, is keeping a low profile so far. Nearly two weeks into the job, she hasn't held a press briefing, or gone on Fox News, a favorite venue of her predecessor Sarah Sanders.

Grisham declined to be interviewed for this piece and those who know her say she doesn't want to be the story.

When Stephenson worked with Grisham she was the spokesperson for the state's House Republicans and he was a reporter digging up dirt for the Arizona Capitol Times.

"Spokespeople generally fall into one of two categories: the kind that hide from you and the kind that confront you head on," said Stephenson. "Grisham was definitely in the latter category."

That is to say, she responds quickly to emails and is generally available to reporters. She was previously married to a TV news anchor in Arizona and is widely seen as understanding what reporters need to do their jobs. But Grisham can also be fierce in defense of those she works for.

'Stephanie feels like she has to punch back 10 times harder'

Brower, who has written a book about first ladies, wrote an opinion piece for CNN saying among other things that Trump "doesn't understand what it means to be first lady" and Grisham responded by writing her own opinion piece criticizing Brower and the media more broadly, saying "absurdity abounds in the media's coverage of our first lady."

"Stephanie feels like she has to punch back 10 times harder," said Brower who experienced a full force pro-Trump internet backlash after Grisham's piece was posted. "When Stephanie did write that response it was, I thought like a little bit over the top, but I do think it showed her loyalty to Melania Trump."

Grisham, who is 42 and has two sons, first entered the Trump orbit during the campaign, serving as chief wrangler for the traveling press corps. That experience surfaced in her first moments as White House press secretary. During President Trump's visit to the Demilitarized Zone between North and South Korea, North Korean security was trying to block the reporters following Trump. Grisham put her body between the guards and the press and physically cleared a path.

"Go, go, go," she intoned as the cameras filed past her.

It earned her bruises and early praise.

Even people who work in the White House say it's not clear yet how Grisham will approach her new role, or what changes she might make to the way the administration interacts with the press.

Grisham has spent the last couple of weeks having conversations with people in the White House communications and press operations, trying to figure out what's working and what isn't and how to fix it. She's also considering how to adapt as more news cycles are consumed by the Democratic primary and president Trump's re-election campaign.

"She has a real understanding and trust of the first family, both the president and the first lady," said Sean Spicer, Trump's first press secretary, who also interacted with her during the campaign. "But she also has a deep respect for the needs of the press corps."

Spicer thinks it is unlikely Grisham will bring back the once daily White House press briefing, which essentially died during the tenure of Sarah Sanders.

Trump prefers to be his own spokesperson, answering questions about news of the day and sparring with reporters in the Oval Office or on the South Lawn of the White House with Marine One whirring behind him. White House sources say Grisham is happy to let Trump take the lead in publicly communicating his message. 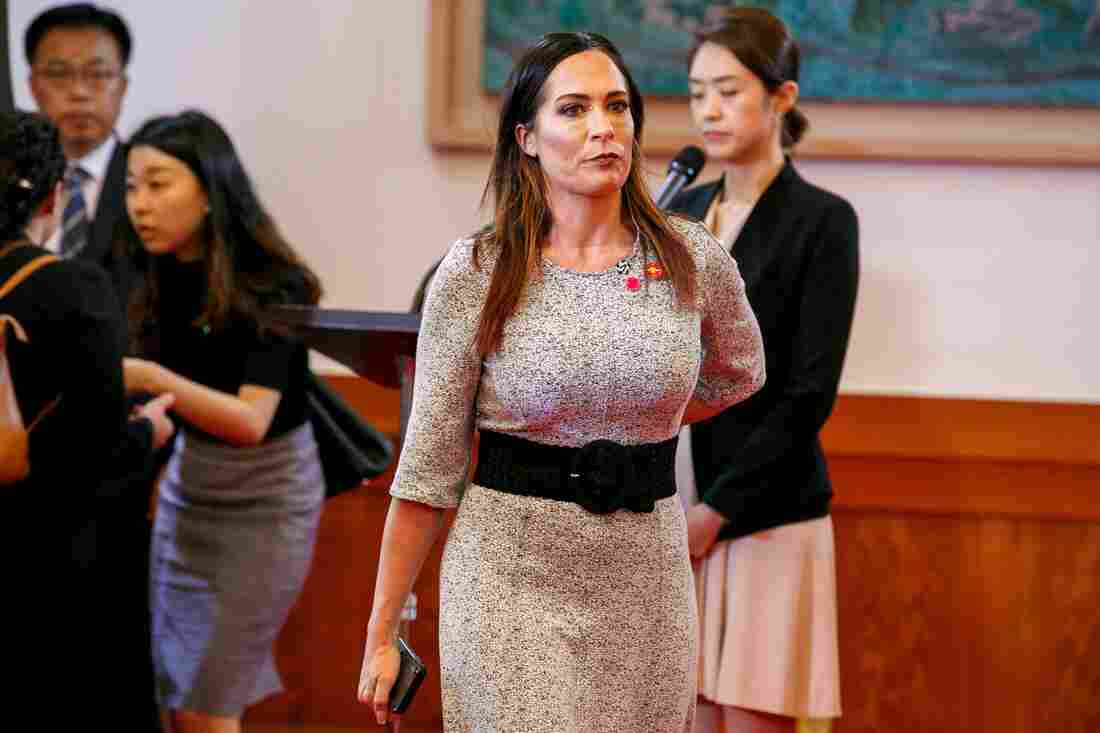 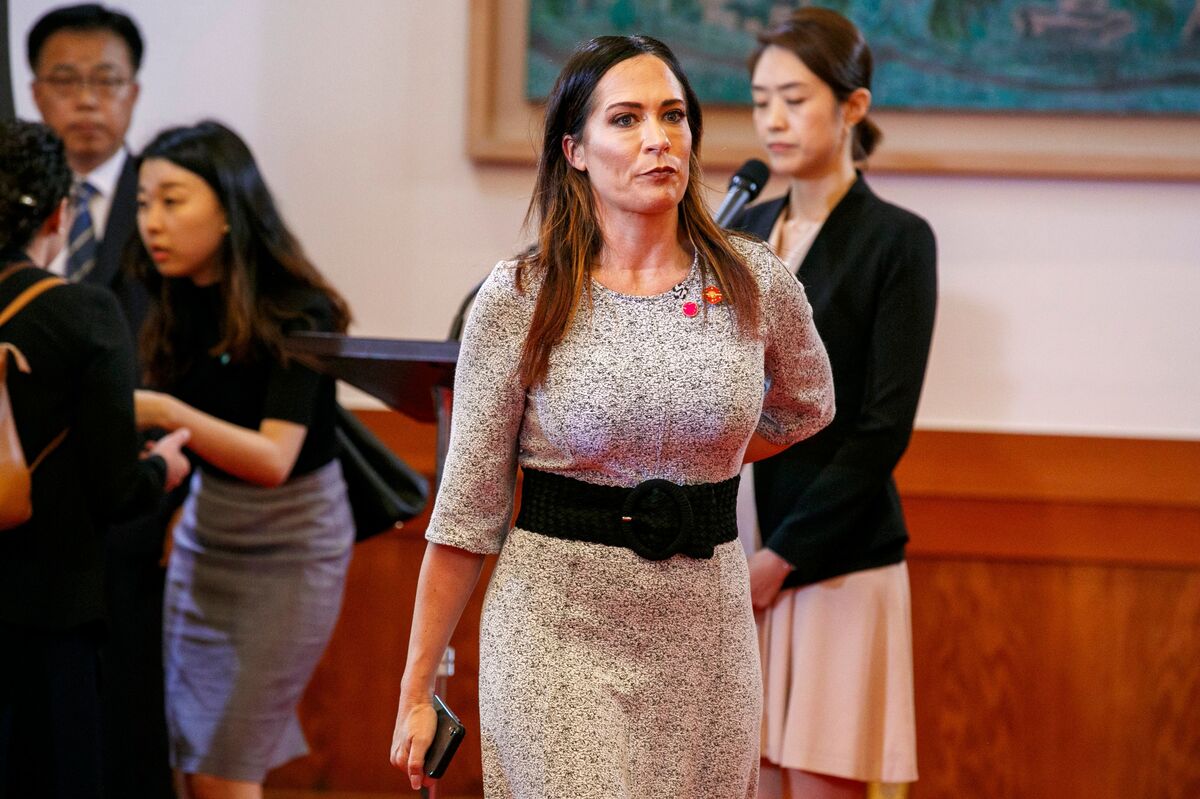 Grisham at a news conference with President Trump and South Korean President Moon Jae-in in Seoul on June 30, 2019.

Hank Stephenson, the reporter from Arizona, was on the wrong side of Grisham during an incident earlier in her career that's once again getting attention.

Stephenson had written an investigative piece about the Speaker of the Arizona House misusing public resources. It set off what Stephenson says was an ongoing campaign to get him removed from the beat, which culminated with Grisham sending around notice to journalists that they would have to pass a background check in order to be allowed on the House floor — a key part of covering the Capitol.

But the list of offenses that could get someone barred was puzzling, he said. "It was very serious felonies: murder, assault, and then the only misdemeanor on the list was trespassing.

A couple of years earlier, Stephenson had been arrested for second-degree trespassing at a bar. He spent the night in a "drunk tank," paid his fine and thought he had moved on.

"So when we realized that, it kind of clicked that, 'oh this isn't a background check policy, this is a way to screen Hank out of the building,'" said Stephenson.

At the time Grisham firmly denied that the new policy had anything to do with him or his incident at the bar.

The press corps refused to participate and the policy was reversed in less than a week, said Daniel Barr, a First Amendment attorney who represented Stephenson and other news organizations.

"You know whenever you have a governor or a president or in this case a Speaker of the House ejecting a reporter, it sort of like, it works out as well as Wiley E. Coyote and his schemes against the roadrunner," Barr said. "They always backfire."

Barr and Stephenson don't know whether Grisham hatched the plan or just implemented it, and she didn't respond to an emailed question about it. But Barr said regardless, she was a loyal foot soldier.

"She has some comfort in participating in stuff like this," said Barr, suggesting such willingness fits right in at a White House that tried to eject CNN reporter Jim Acosta, only to back down after being sued.

Still, Stephenson looks back fondly on his time working with and tangling with Grisham. He too, thinks the Trump White House is a good match for her.