Accessibility links
Surfer Bethany Hamilton Says The Ocean Is 'An Escape From All The Chaos On Land' Hamilton was 13 years old when she lost her arm to a shark while surfing in Hawaii. She went on to surf some of the biggest waves in the world. Hamilton tells her story in the documentary Unstoppable. 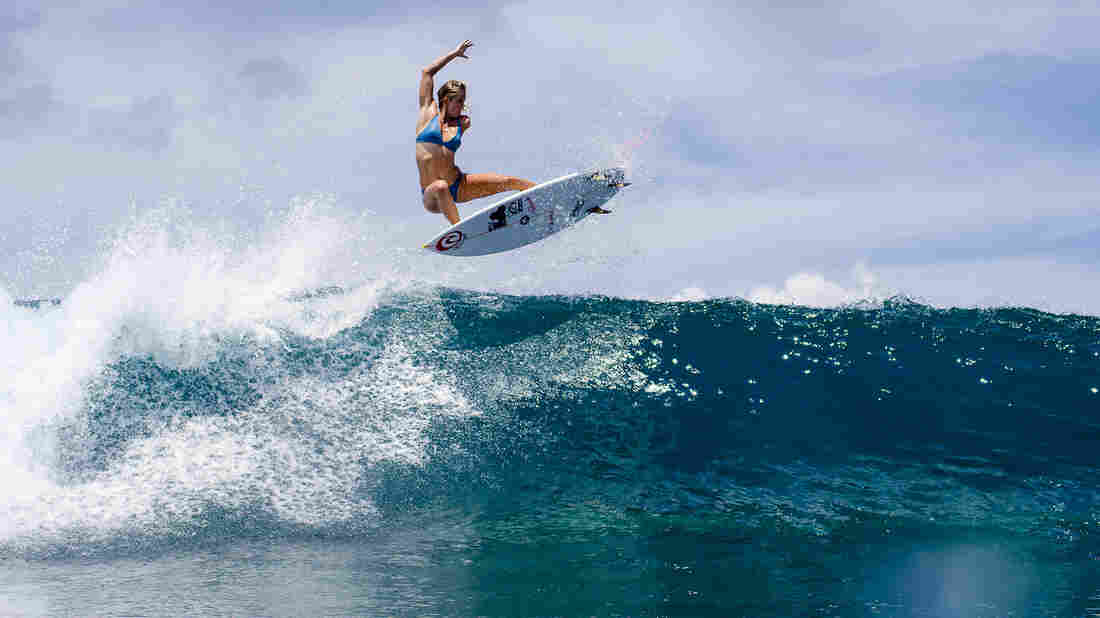 "Sometimes I just want to hide in my island home back in Hawaii and keep things simple," says surfer Bethany Hamilton. But she believes her story can be an example of "inspiration and hope" for young people. Aaron Lieber/Entertainment Studios hide caption 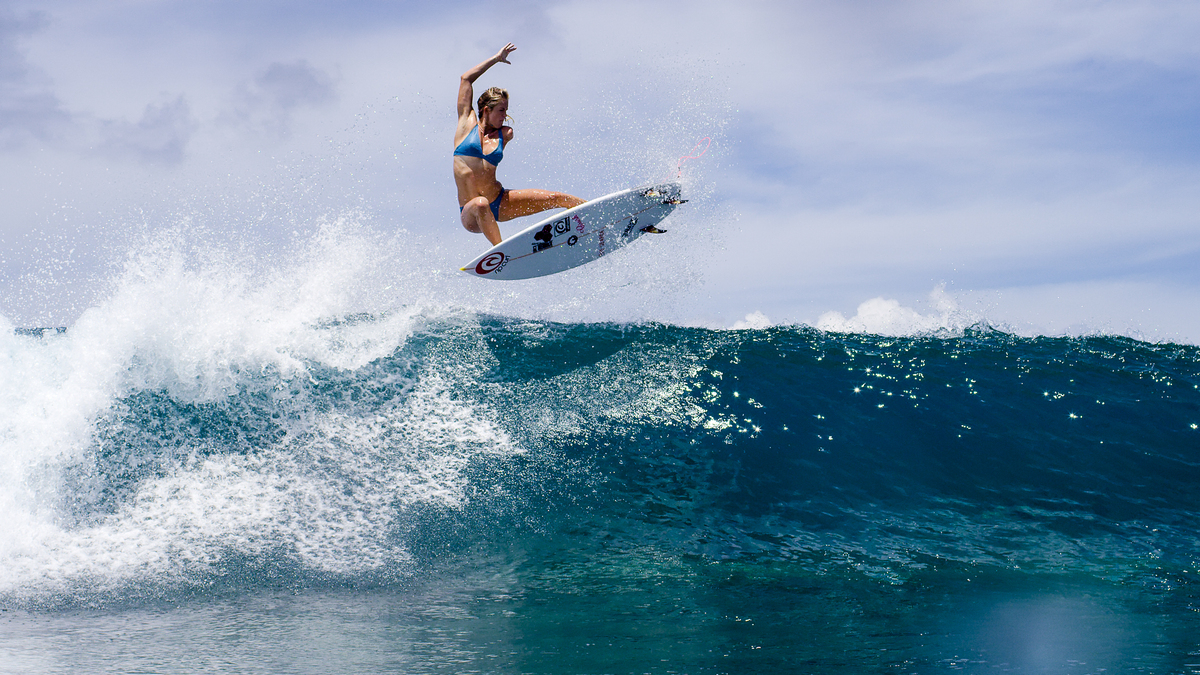 "Sometimes I just want to hide in my island home back in Hawaii and keep things simple," says surfer Bethany Hamilton. But she believes her story can be an example of "inspiration and hope" for young people.

When Bethany Hamilton was 13 years old she lost her arm to a shark while surfing in Hawaii. That event catapulted her into the public spotlight, from talk shows to a Hollywood movie based on her life.

Never Mind The Sharks: Surfing's In Her 'Soul'

Not only did Hamilton return to the water, but she went on to ride some of the world's biggest waves. Her story is told in the new documentary Bethany Hamilton: Unstoppable.

"I've always been drawn to pushing myself into bigger waves ..." Hamilton says. "You're just kind of hanging on for dear life — but also tackling it with all you've got."

On what keeps her surfing

Ultimately I'm driven by my passion and love for riding waves. You know, so many people are like, "Why would you get back into the ocean with sharks?" and I'm like, "Well, I just have more fear of losing this love that I have for riding waves."

It's like my form of art and creativity and it's a place ... I'm completely immersed in what I'm doing and there's nothing kind of holding me back or distracting me I'm just enjoying this beautiful ride. ...

I realized, too, it's a place of healing for me. ... It's my place of escape from all the chaos on land. ... I can go and be refreshed and come back to my kids and be like, "Hey kids, like, let's build a Lego tower now." 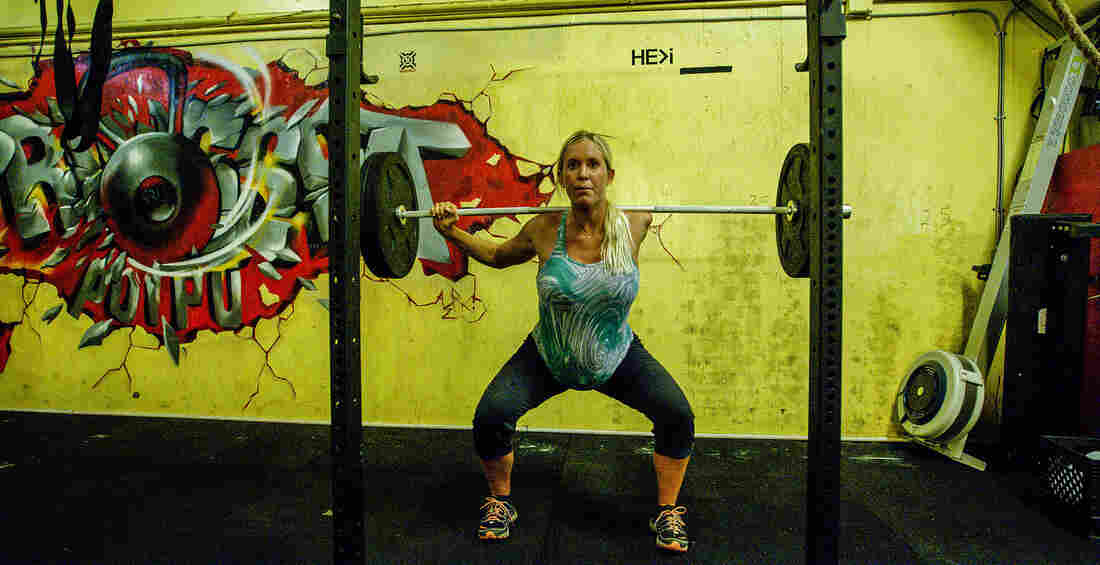 Hamilton found out she was pregnant mid-way through filming Unstoppable. She continued to compete while nursing her infant son. Aaron Lieber/Entertainment Studios hide caption

So, yeah, my thinking was: I really didn't feel excited to receive the award. I never, like, view myself as disabled. I don't have a handicap parking space [placard] in my car, and I think that if I viewed myself that way I wouldn't be where I am today. If only the category had been just "Best Adaptive Athlete" I would have been happy to receive it. I have so much respect for all the people in that category, and who have received that award, but I just-- to me, the word "disabled" does not match my life, and who I am, and what I've accomplished and the way I go about every single day.

On becoming a mom

After I married my husband we were like, "Well, let's give it five years ... and then we'll talk about having a family." ... [When] I found out I was pregnant, I just did not feel ready for that, but I knew that, like, God's plan was better than my own.

On getting back into shape after childbirth

I didn't know what to expect. ... It was even harder than I thought it would be. I tried to give myself grace and patience but, yeah, motherhood is no joke. It challenges you in every aspect — mentally, physically — and you're just spread in every direction kind of thin. But it's also the most enriching, joyful, beautiful and empowering experience.

It's a beautiful step in the right direction. Women are at the forefront of surfing right now ... and I'm super applauding the World Surf League. ... It's exciting to be a part of such an awesome sport that is leading that forefront.

What Surfing Can Teach Us About Risk

Denise Guerra produced and edited this interview for broadcast. Beth Novey adapted it for the Web.