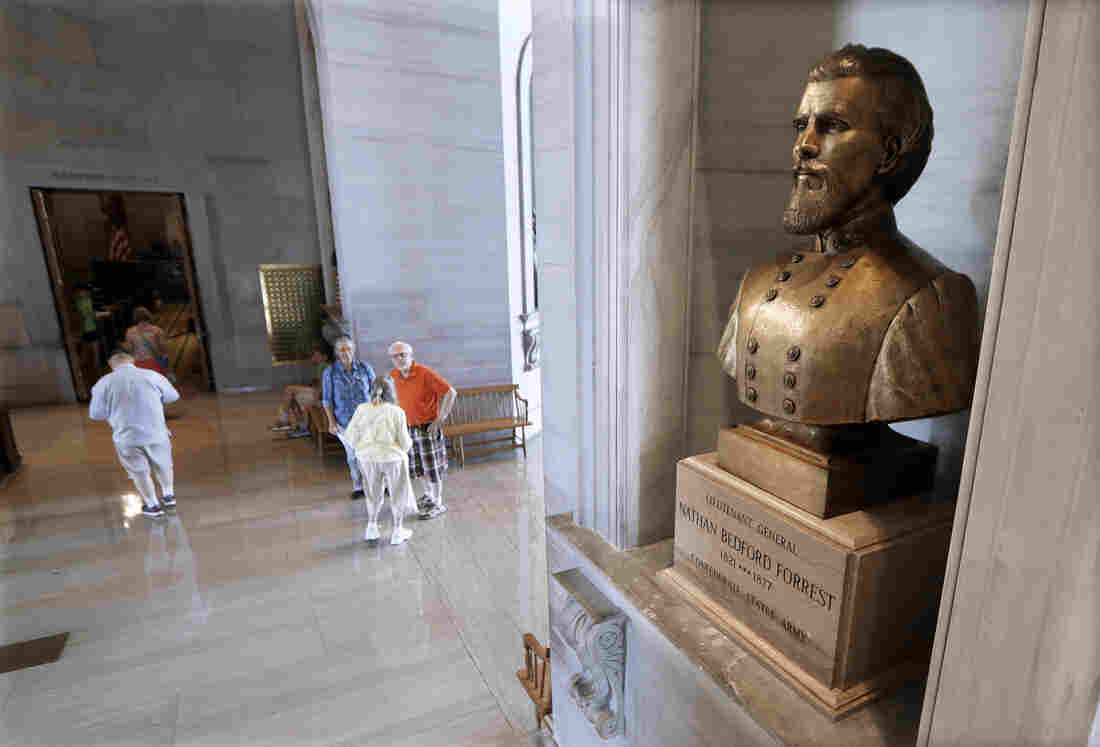 A bust of Nathan Bedford Forrest is displayed in the Tennessee State Capitol, in Nashville, Tenn. Mark Humphrey/AP hide caption 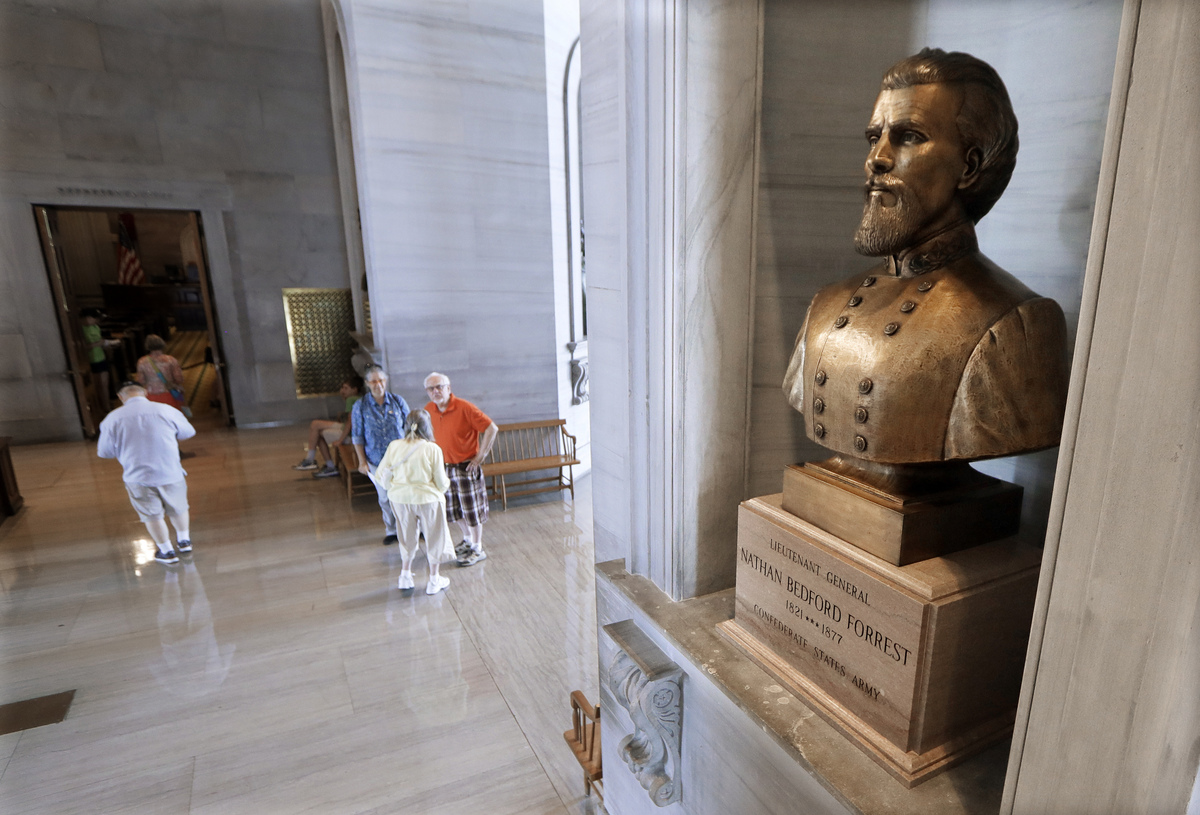 A bust of Nathan Bedford Forrest is displayed in the Tennessee State Capitol, in Nashville, Tenn.

Under state law, governors are required to recognize Forrest on July 13 as part of one of six "days of special observance" each year. The law also calls for a "Robert E. Lee Day" on January 19, and a "Memorial Day" or "Confederate Decoration Day" on June 3.

For years, opponents have been calling to change the law, citing Forrest's history of suppression and violence towards blacks. Forrest was a general for the Confederacy during the Civil War, and led Confederate forces in the Fort Pillow Massacre, where soldiers killed several hundred black troops after they surrendered, according to survivors' accounts and a federal investigation. He was also a prominent slave owner and the first Grand Wizard of the KKK.

The proclamation, which Gov. Lee signed on Wednesday, identifies Forrest as a "recognized military figure in American history."

While the proclamation itself is not new, it has drawn heightened backlash amid the ongoing national debate over the removal of Confederate statues from public spaces.

Some of the outcry came from members of Lee's own party. On Friday, GOP Sen. Ted Cruz of Texas took to Twitter to condemn the governor's move, calling Forrest "a slave trader & the 1st Grand Wizard of the KKK."

This is WRONG. Nathan Bedford Forrest was a Confederate general & a delegate to the 1868 Democratic Convention. He was also a slave trader & the 1st Grand Wizard of the KKK. Tennessee should not have an official day (tomorrow) honoring him. Change the law. https://t.co/XBgoRCBoI0

Nashville Mayor David Briley, a Democrat, urged lawmakers to repeal the law, tweeting, "Nathan Bedford Forrest was a slave owner and a racist, and no law should force us to honor him."

Nathan Bedford Forrest was a slave owner and a racist, and no law should force us to honor him. Today, I call on Nashville to remember those who fought against hate — like Diane Nash and Z. Alexander Looby — and I call on @TNHouseGOP, @TNSenateGOP, and @GovBillLee to repeal it.

The governor's office did not respond to NPR's requests for comment. In remarks on Thursday, Lee said, "I haven't even looked at that law, other than knowing I needed to comply with it, so that's what I did."

Nathan Bedford Forrest Day was first declared a holiday in 1921 to celebrate the 100th anniversary of the Confederate leader's birth, Eddie Weeks, a librarian for the Tennessee legislature, told The Tennessean newspaper. In 1969, this changed to a day of observation.

This isn't the first time that an effort to memorialize Forrest has sparked controversy in the state.

The tensions in Tennessee over how to memorialize Confederate leaders such as Forrest mirror a broader debate that has gone unresolved in the aftermath of the violence that erupted in Charlottesville, Va. in August 2017 between white nationalists gathered to oppose the removal of a statue of Robert E. Lee and counter-demonstrators. The violence culminated in the death of 32-year-old Heather Heyer, who was protesting white supremacy.

The Southern Poverty Law Center reports that since 2015, 110 tributes or monuments to the Confederacy have been removed, but over 1,700 remain.

Some Tennesseans have taken matters into their own hands, seeking to commemorate Forrest in a different way.

A historical marker in downtown Memphis, sponsored by Calvary Episcopal Church, Rhodes College and the National Park Service, reads: "Nathan Bedford Forrest operated a profitable slave trading business at this site ... In the decades after the Civil War, many white southerners chose to portray Forrest as a military hero, thus excusing or ignoring Forrest's buying and selling of human beings."