Accessibility links
No Sign On Sunday Of Trump's Large-Scale Nationwide Immigration Raids Rumors of mass raids swirled, leading many immigrants to stay inside their homes. Immigrant advocates in several cities took to the streets to demonstrate. 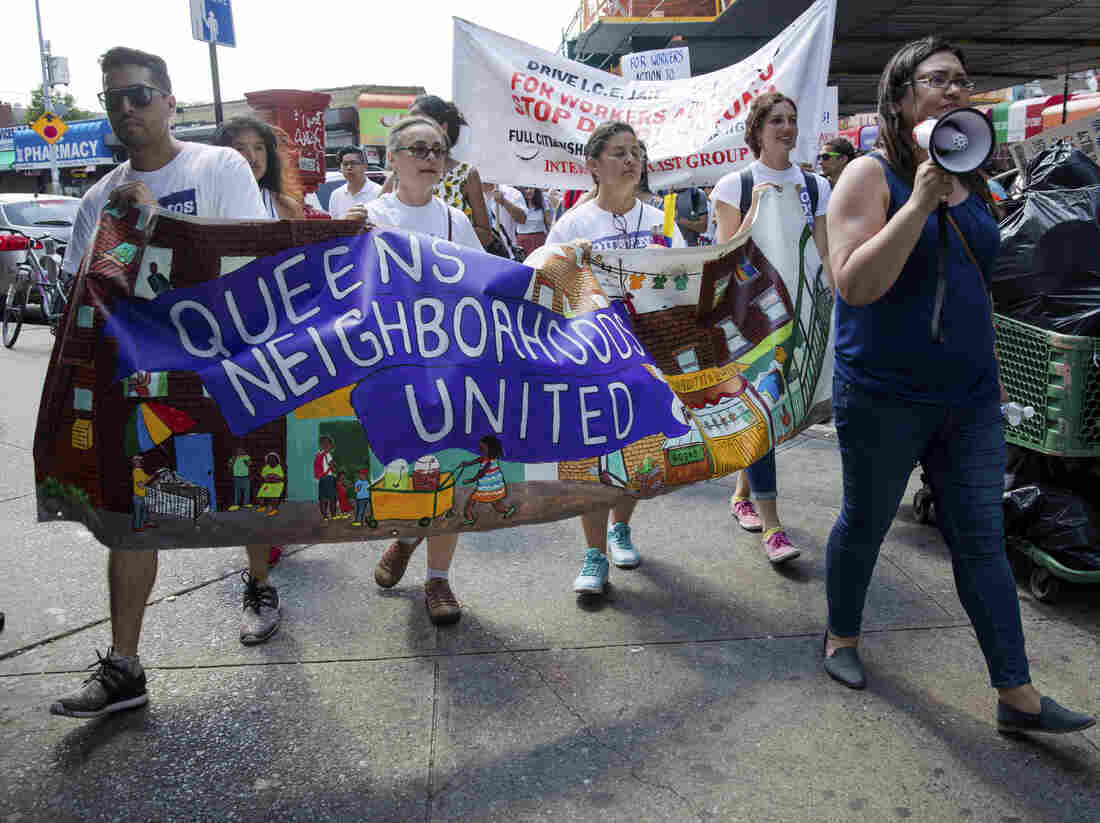 In New York City, hundreds of people march in Queens on Sunday in opposition to the Trump administration's plans to continue with raids to catch immigrants in the country illegally. Julius Constantine Motal/AP hide caption 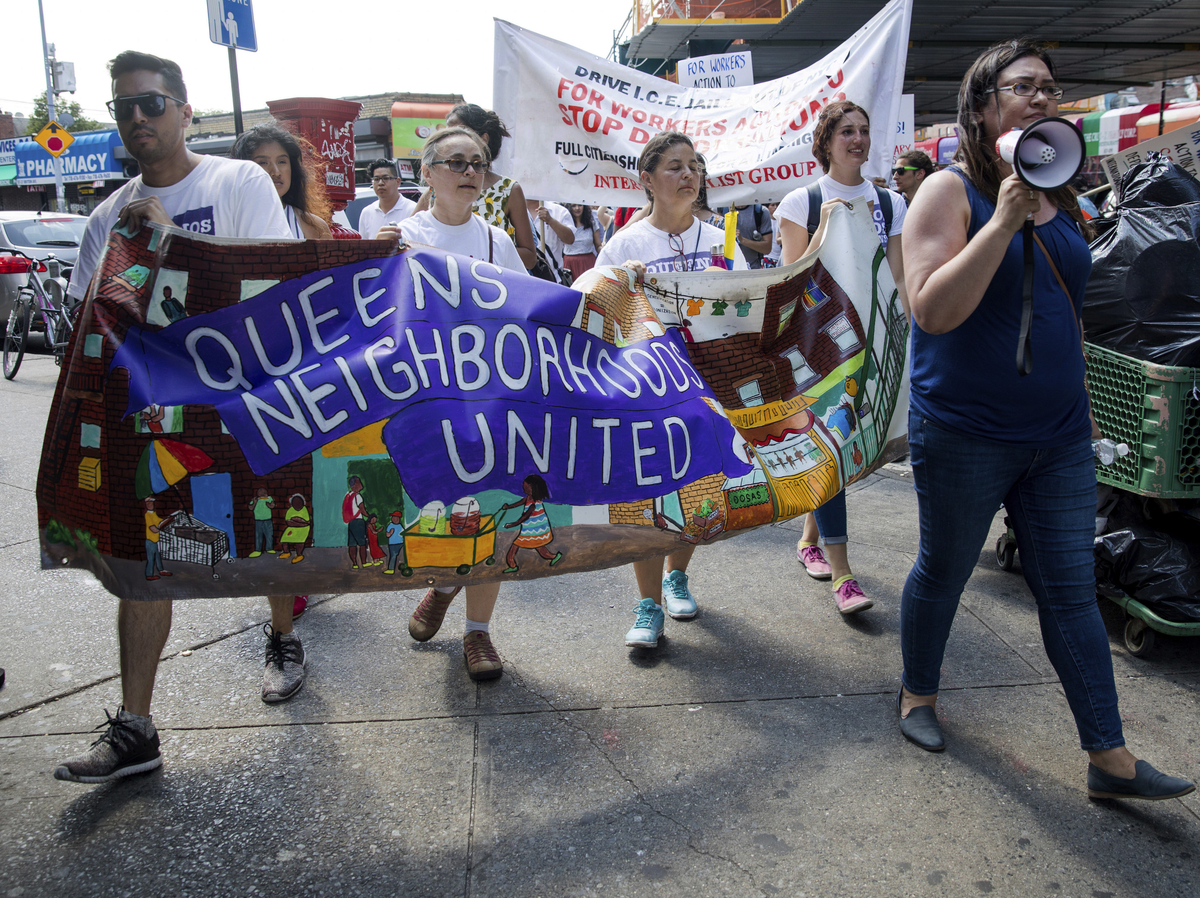 In New York City, hundreds of people march in Queens on Sunday in opposition to the Trump administration's plans to continue with raids to catch immigrants in the country illegally.

President Trump's threatened roundup of undocumented immigrant families this weekend that set migrants in many communities on edge showed few signs of materializing on Sunday, the second time rumors of a large-scale immigration enforcement operation failed to come to fruition.

Instead, in the cities where rumors of mass raids swirled, many immigrants stayed inside their homes, as jitters turned typically vibrant migrant markets and commercial corridors eerily quiet.

Immigrant advocates across the country, meanwhile, took to the streets to protest the promised roundup.

Immigration and Customs Enforcement would not confirm any arrests, nor would immigrant rights activists.

Before Sunday, there were weekend reports of attempted arrests by ICE in New York, New Jersey and Chicago, where The New York Times reported that a mother and her daughters were apprehended, though the family was immediately released. But those actions appeared to be part of routine enforcement, not connected to a massive raid.

Still, fears of ICE catching migrants by surprise sent many into hiding on Sunday.

In Miami, one of the cities anticipating a crackdown, a hush fell over a market usually buzzing with activity among immigrant merchants and shoppers.

"People are clearly hiding. If you look around, it's the people who are working are basically the only people here. But the majority of our clients are immigrants. Some with papers, others with no papers, but they are all scared," Yohanna Gomez, a Honduran immigrant who runs a Central American stall at the market, told WLRN.

A similar scene played out in in Brooklyn's Sunset Park neighborhood, typically bustling with immigrants from Latin America, Asia and the Middle East. But on Sunday, the streets were noticeably calmer, and vendors seemed to have taken the day off, possibly because of the threatened raids.

New York City Mayor Bill de Blasio said Saturday that ICE officers had already attempted to make arrests in the city, but they were not successful.

Activists have been spreading the word to migrants to not open their doors if an immigration agent knocks, since they cannot use force to enter a residence.

"This is a community that has a diversity of people coming from all over the world. There's been a lot of rumors," Lightfoot said. "Dangling this sword over people's head is causing great harm and trauma to entire households, entire communities."

The weekend operation was reportedly supposed to focus on immigrant families who have been sent final orders of removal after failing to appear in court. And top administration officials have argued that many of the estimated 2,000 migrants who fit this category have ignored requests to turn themselves in. President Trump originally set the nationwide raids for June, before delaying the planned mass arrests to give Congress more time to hammer out changes to federal asylum law.

The American Civil Liberties Union, representing four immigration legal aid nonprofit groups, sued Thursday to block the raids, arguing that while the Trump administration claims the migrants have been given an opportunity to appear in court, many never received the paperwork because letters were sent to wrong addresses, or when they did arrive, the requests to appear did not contain specific dates and times.

And so, the lawsuit claimed, the families that were expected to be targeted have never received proper notice of removal and did not have their day in court before an immigration judge.

"Unless this Court enforces that requirement, thousands of individuals could be deported without ever receiving a fair opportunity to appear before a judge, as required by the Due Process Clause and the immigration laws," lawyer Melinda LeMoine wrote in the suit, which is pending a judge's ruling.