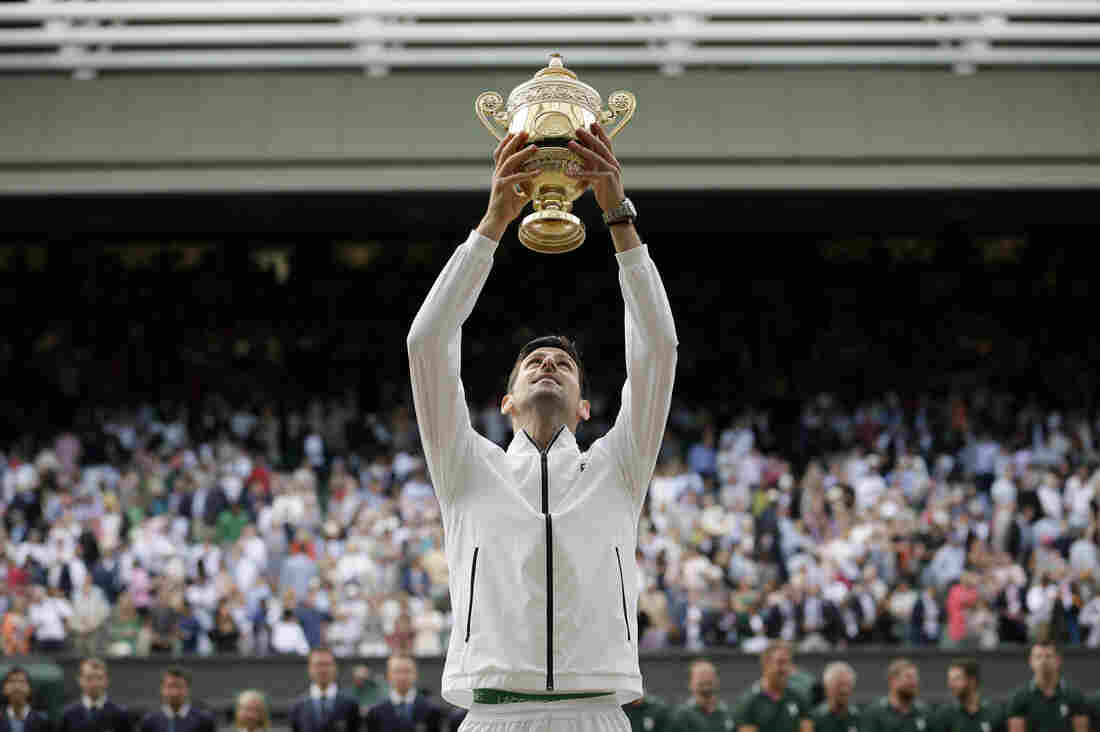 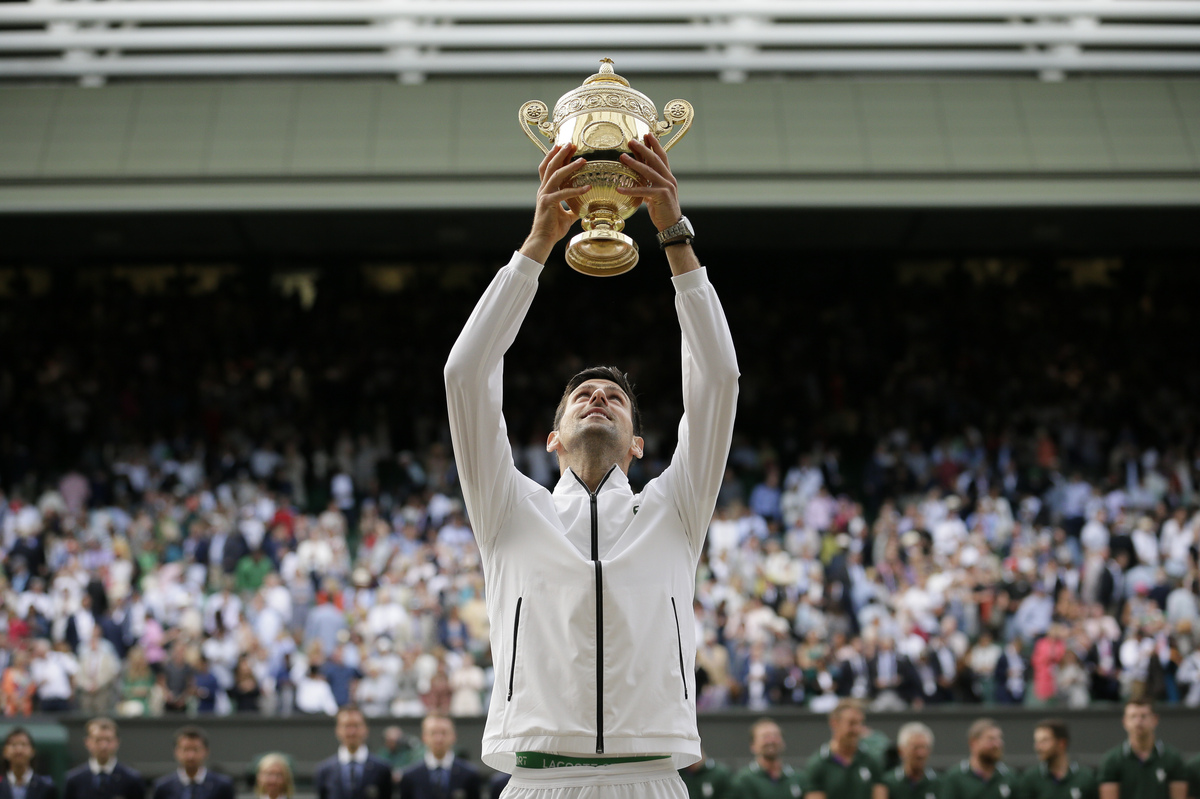 Novak Djokovic celebrates after defeating Roger Federer in the men's singles final match of the Wimbledon Tennis Championships in London.

Clocking in at four hours and 57 minutes, the match was the longest men's singles final in Wimbledon history, and had it not been for a new rule that requires a tie-breaker if both players score 12-12 in the final set, it could have gone even longer.

Djokovic won the first set, a bad sign for Federer, as his opponent is 63-1 in majors when taking the first set.

The pair went back and forth, Djokovic taking the first set, Federer the second, Djokovic the third, and Federer the fourth. After the 12-12 fifth set, Djokovic took the unprecedented tie-breaker 7-3.

The 32-year-old Serbian won back-to-back titles in 2014 and 2015. Now, he's repeated the achievement, defending his 2018 title to win his fifth Wimbledon championship. Federer, his Swiss opponent, boasts eight Wimbledon championships and would have been the oldest player to take a Grand Slam title had he not been defeated.

Djokovic commended his opponent, saying "I think that if this is not the most exciting final then it's definitely in the top two or three of my career against one of the greatest players of all time, Roger, who I respect."

Federer holds the record for most Wimbledon finals appearances, at 12.

"You take it on your chin, you move on," Federer told the Telegraph. "You try to forget, try to take the good things out of this match. There's just tons of it. Similar to '08 maybe, I will look back at it and think, 'Well, it's not that bad after all.'"

Since his first Wimbledon victory against Rafael Nadal in 2011, Djokovic has established a signature tradition of eating grass from the court after each win. This year, he didn't disappoint, crouching to pluck a bit of the turf into his mouth and grinning at the crowd as he savored his title.