Accessibility links
Cargo Shipper Maersk Bets Big On Zero Carbon. Will It Pay Off? Maersk, the world's largest container shipping company, has set a massive goal for itself: going carbon neutral by 2050. This would be good for the world. But how would it be good for the bottom line? 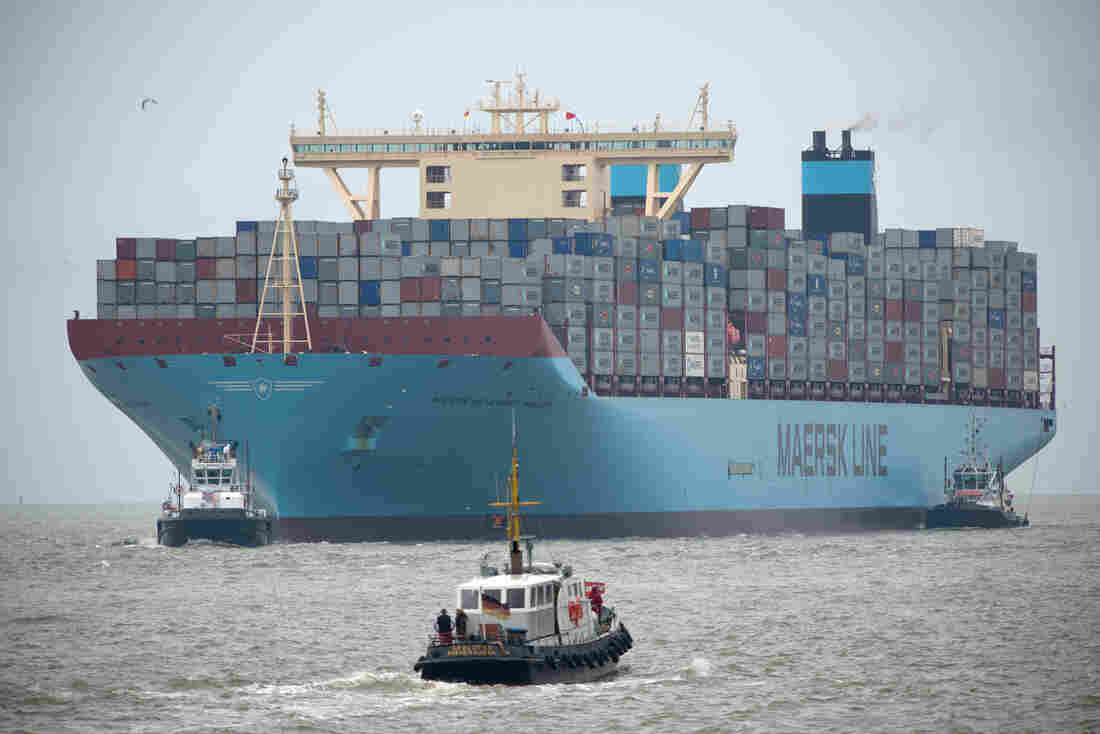 The Danish company Maersk has been shipping goods around the world since the age of steamships. Now it wants to usher in a new era, with carbon neutral transport. David Hecker/Getty Images hide caption 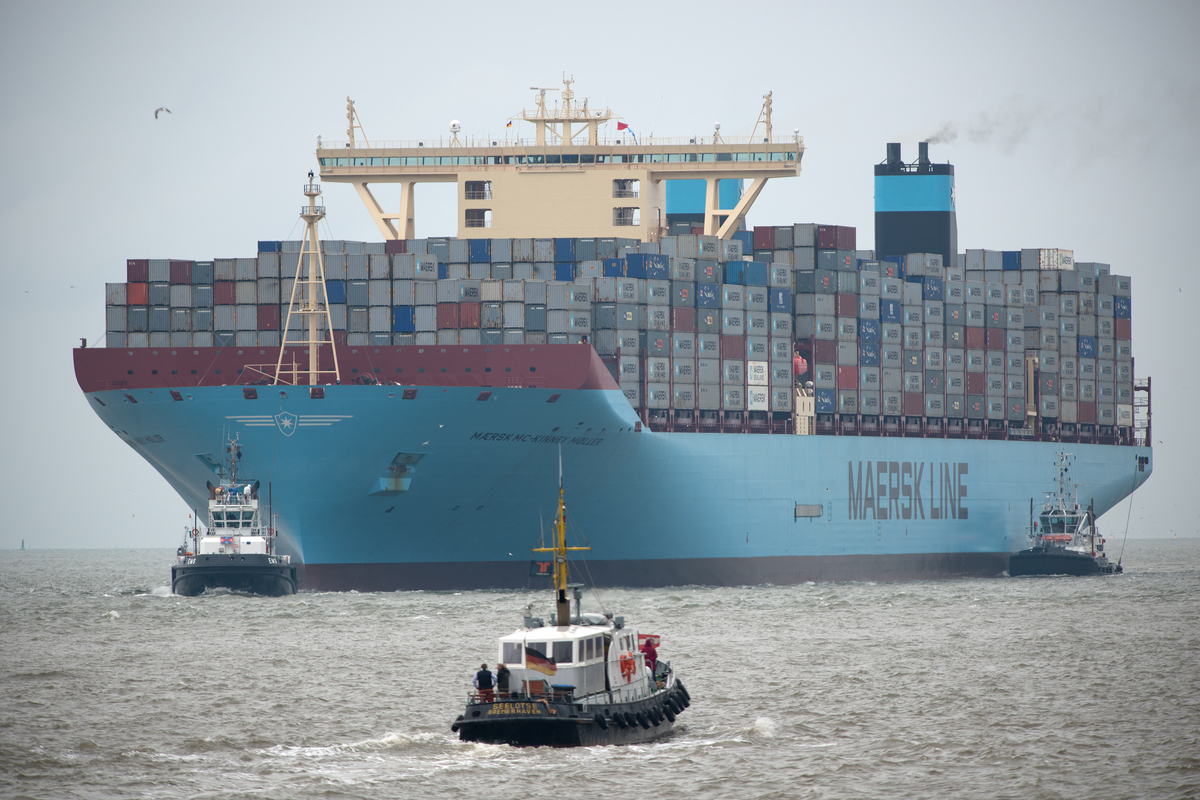 The Danish company Maersk has been shipping goods around the world since the age of steamships. Now it wants to usher in a new era, with carbon neutral transport.

Maersk — the world's largest container shipping company — has an astonishing goal. By 2050, the company vows to send goods — everything from electronics to soybeans to sneakers — around the world with zero carbon emissions.

The environmental logic behind such a promise is straightforward: Shipping contributes substantially to global climate change.

But the business case is not as obvious.

The goal, announced late last year, will cost Maersk billions to develop new technologies. Meanwhile, it will be competing in a crowded, competitive market against rivals who aren't bearing that burden. And there's no guaranteed financial payoff if the engineers' work succeeds.

The question is not unique to Maersk, or the shipping sector. A growing number of businesses are paying serious attention to the risks of climate change. But, at the same time, they face shareholders who expect returns.

According to both Maersk and outside analysts, this ambitious promise hinges on the answer to three questions:

A lot on the line

Maersk operates 750 vessels, with one calling at a port somewhere around the world every 15 minutes. Some of the ships are as long as the Empire State Building is tall.

The Danish company has been shipping goods around the world since the age of steamships. Now it wants to usher in a new era, with zero carbon transport.

It's easy to make a promise decades in the future, but by all accounts, Maersk is serious about its commitment. The company already has cut emissions substantially, at the cost of $1 billion so far. And it has an intermediate goal to cut emissions by 60% (relative to 2008 levels) by 2030. That's challenging enough — especially since easy, cost-effective options such as efficiency improvements are already in place at Maersk. And then there's the zero carbon deadline of 2050.

To call this ambitious is an understatement.

"The technology to get there doesn't yet exist," says Alisdair Pettigrew, a marine energy consultant. "There are millionaires that are going to be made out of coming up with the right solutions, but they're not there yet."

Today's ships rely on fuel oil — and a particularly dirty variety of it — or liquefied natural gas. Zero carbon alternatives, including hydrogen and biofuels, don't currently work at the scale required for massive container ships.

And there isn't much time to come up with alternatives. While 2050 might sound a long way away, ships are built to last for 20 to 30 years. That means container ships that will be in service in 2050 will be hitting the oceans in just a few years. Meanwhile — as if that weren't enough — new technology will also require a whole new supply chain to keep ships fueled up at ports around the world.

Ole Graa Jakobsen, Maersk's head of fleet technology, says the fact that some people call the goal unfeasible is exactly why an ambitious target is necessary.

"We want to accelerate the development of solutions of getting there and not just sitting on the fence and waiting for somebody [to do] something," he says.

But, he emphasizes, Maersk will meet its target in a "business-viable" way.

"An easy way to become carbon neutral ... would be to make not-very-smart business decisions," Jakobsen deadpans. "Then we would very fast be out of operation and emit no carbon." 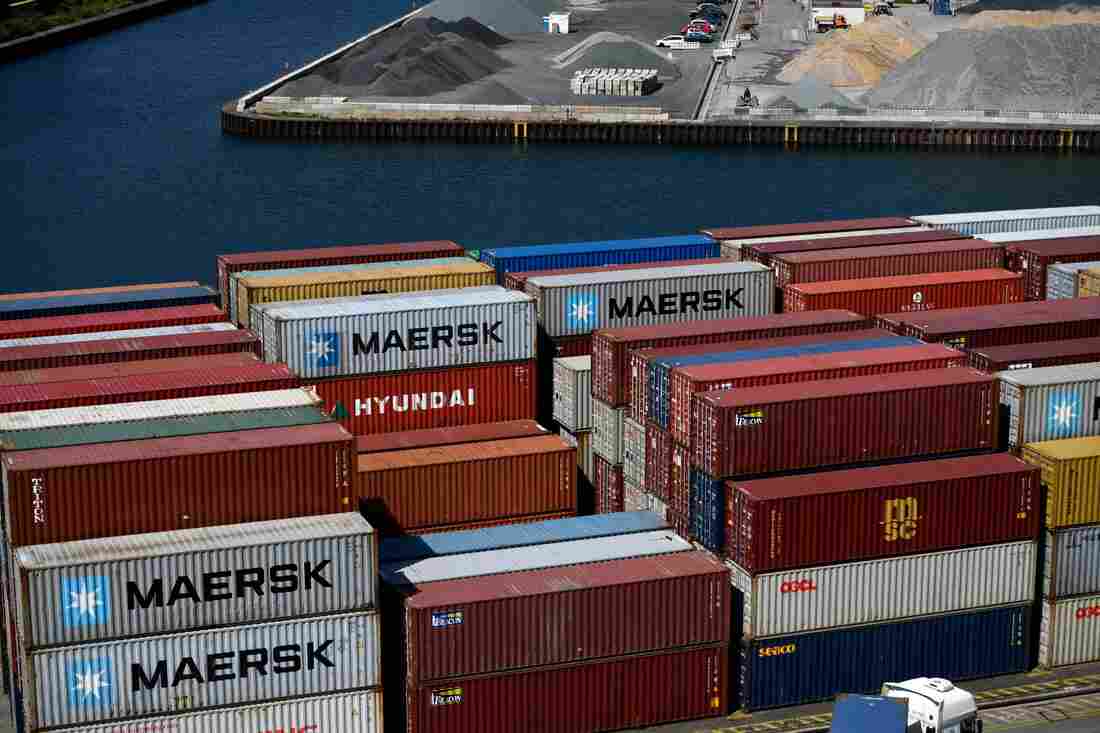 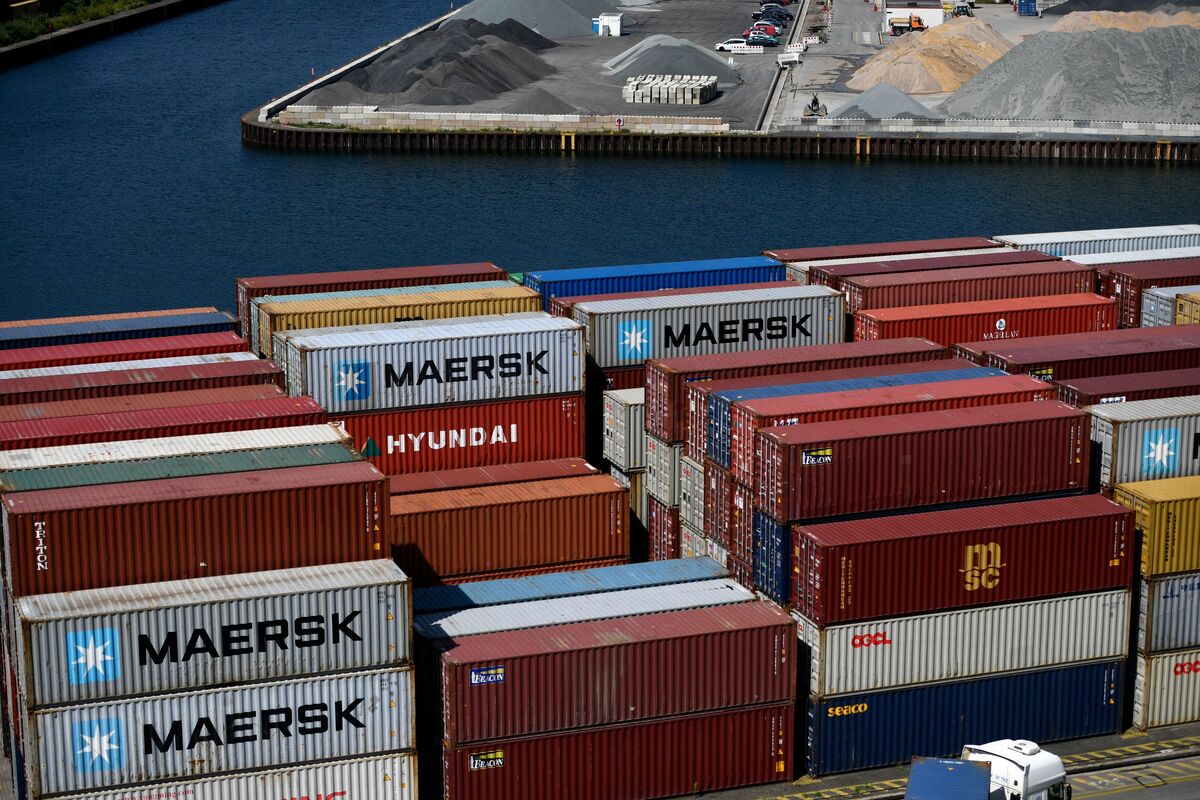 Shipping containers at the canal port in Dortmund, Germany.

Saving the world and staying in business

There are three pillars to the company's plan, he says: customers, cost reduction and regulations.

Maybe customers — the large companies that pay for shipping goods around the world — are interested in promoting a zero carbon system. Maersk is already marketing a carbon neutral option, using biofuels, to clients such as H&M.

But how many customers are on board, and how much extra will they be willing to pay? Would it be enough to justify the expense?

"We are not so naïve that we think ... that all customers want to pay a lot to get carbon neutral solutions," Jakobsen says.

The second option: Cost efficiency. Maersk says it's essential to reduce the expense involved in these alternatives to fossil fuels.

And some analysts say the technology of the future could be cheaper than oil — eventually.

Shipping consultant Lars Jensen says that right now it's very hard to beat oil on price, but the technology of the future could change the math considerably.

He points to what happened with power plants: the cost of wind and solar electricity has plummeted dramatically. Right now, that doesn't help Maersk, but maybe similar transformations could arrive for shipping.

Say that within the next couple of decades, the world agrees to fight climate change with serious regulations. Think a price on carbon, high fees for burning fossil fuels, strictly enforced emissions caps.

If that happens, a company that starts going carbon neutral now will be ahead of the game, while its competitors struggle to adapt.

Helen Dewhurst, an analyst with Bloomberg New Energy Finance who focuses on sustainability, points out that the International Maritime Organization — the body that regulates the global shipping industry — is taking serious action on air quality. New limits for sulfur emissions kick in early next year, after many years of discussion.

Some companies have been caught off guard. "They didn't think that the IMO would have the backbone to do it," she says. "And they did."

The IMO also has targets for carbon. But there's no system to enforce them yet, and the targets fall well short of Maersk's goal. But if that changes dramatically in coming years, Maersk's bet could pay off.

But many analysts are skeptical, noting the recent history of inaction on climate change. They also say it's difficult to enforce regulations in the maritime sector, which operates across jurisdictions and often far from the eyes of regulators.

Given the uncertainty about the future of climate action, why would a company like Maersk place a big bet on the world changing direction so dramatically?

"I've been trying to think of it something like Pascal's wager," says Ned Molloy, a shipping consultant who focuses on regulations.

Blaise Pascal was a 17th-century mathematician, physicist and theologian.

His famous wager was about the afterlife. He argued that if you aren't sure about the existence of God, you might as well be a believer and act accordingly.

If you're right, you go to heaven — you win everything. If you're wrong, well, you're dead whether you believed or not. What does it really matter?

How One Company Pulls Carbon From The Air, Aiming To Avert A Climate Catastrophe

Molloy's climate version has nothing to do with whether climate change is real. That's not in dispute. The question is whether you believe in humanity's ability to stop emitting carbon.

If you bet that we can do it, invest accordingly and you're right, then you have a competitive advantage — a business win.

And if you're wrong?

"If ... governments won't do anything to get climate change under control, then at least according to what I've read from climate scientists, there may not be much of a basis for a global container shipping industry to exist," he says.

"You've got far bigger problems if you're wrong," Molloy says.

Deciding whether to invest in going zero carbon is a business calculation, to be sure. But the bottom line can get a little existential.