Accessibility links
Alan Dershowitz Denies Epstein Rape Accusations Harvard Law Professor Alan Dershowitz worked as Jeffrey Epstein's lawyer when he received his 2008 plea deal: "You should always feel bad about producing results like this but it's your job." 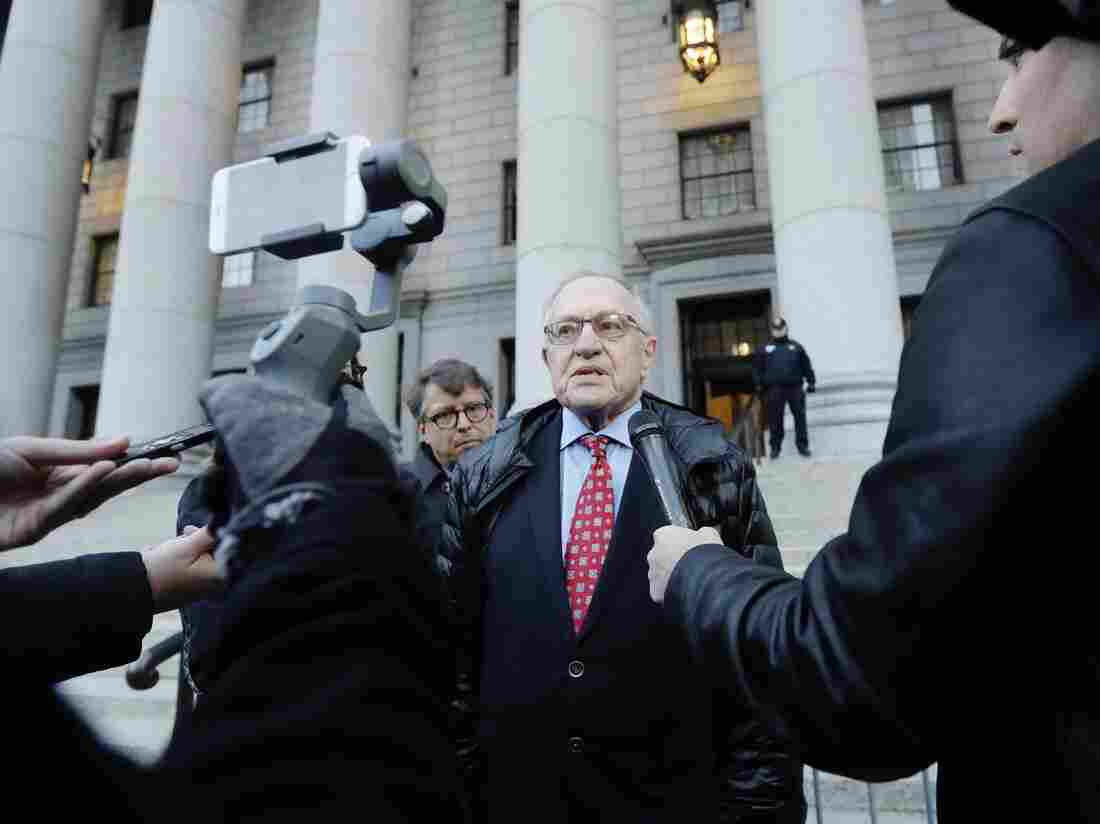 In March 2019, Attorney Alan Dershowitz speaks with reporters outside of Manhattan Federal Court after Virginia Giuffre filed a defamation lawsuit that includes allegations against him. Frank Franklin II/AP hide caption 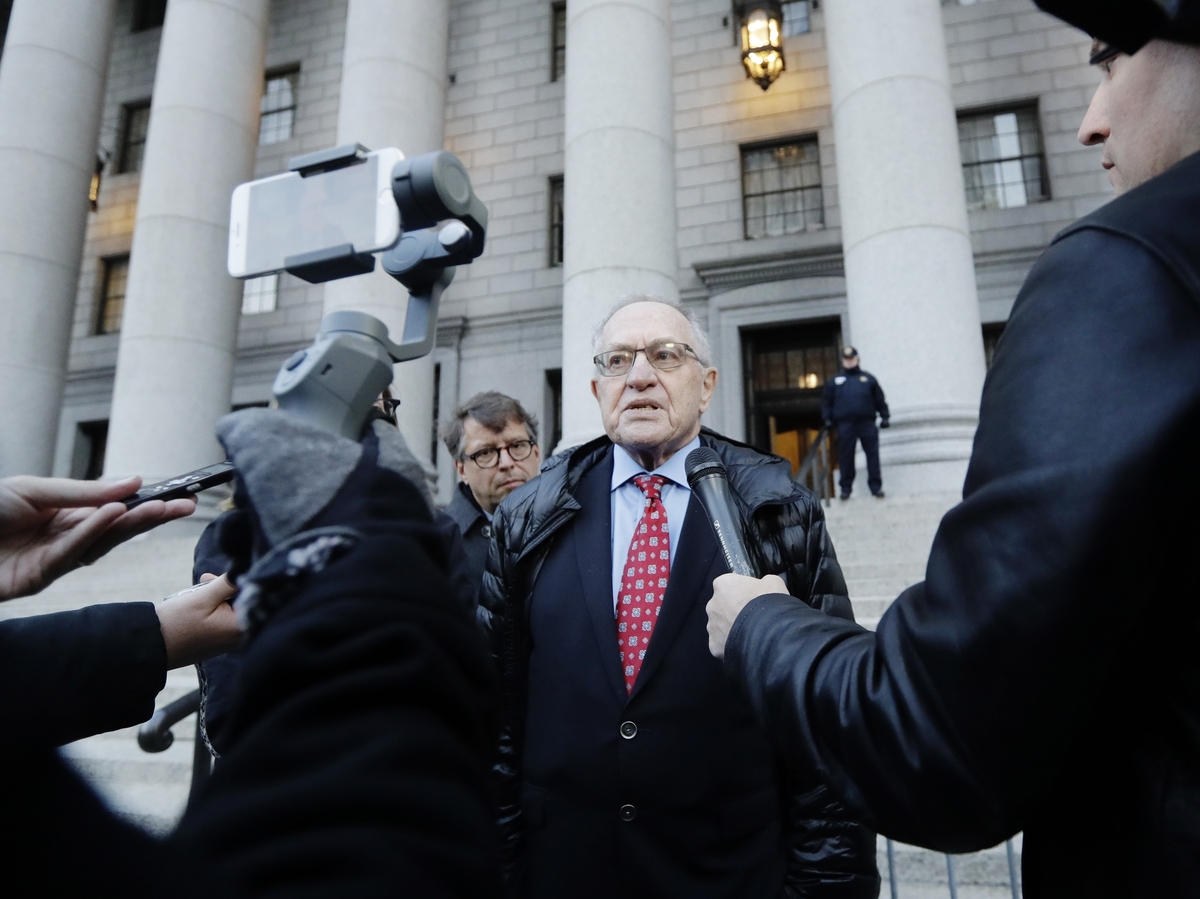 In March 2019, Attorney Alan Dershowitz speaks with reporters outside of Manhattan Federal Court after Virginia Giuffre filed a defamation lawsuit that includes allegations against him.

Multimillionaire financier Jeffrey Epstein will receive a bail decision on Thursday over allegations that he sexually exploited and abused dozens of minor girls. Over a decade ago, Harvard Law Professor Alan Dershowitz represented Epstein when he was fighting similar charges in Palm Beach County, Fla.

Dershowitz helped negotiate the sweetheart plea deal that allowed him a work release provision throughout his 13 months in Palm Beach County Jail.

Epstein accusers Sarah Ransome, Maria Farmer and Virginia Giuffre have also leveled allegations against Dershowitz in court filings and defamation lawsuits. Dershowitz denies the accusations adamantly and, in an interview with NPR's Noel King, clarifies his relationship with Epstein.

On whether he is currently defending Epstein

On his personal relationship with Epstein

Dershowitz: Well, I was friends in the way that Larry Summers, the president of Harvard was friends, in the way that David Gergen, and the way that Stephen Jay Gould – we all knew him academically. He had an office at Harvard University in Brattle Square. And he would conduct seminars, and we would all attend his seminars. None of us had any inkling that he was involved in anything improper. But then when he was arrested, he asked me to help put together a legal team for him which I did.

King: As I understand it, you've been an overnight guest at his homes. You flew with him on his private jet a number of times. You borrowed his Palm Beach house for a family vacation. That doesn't sound like an academic relationship.

Dershowitz: ...I never had a kind of social relationship where we had dinner together or we had discussions about our personal lives. Our relationship was predominantly academic.

On allegations against Epstein:

I think many of [Epstein's accusers] are now motivated by financial gains. But I think some of them were probably subject to sexual abuse. I have no reason to doubt, and I can only doubt the motivation of the woman who accused me who I never met.

...I'm not disputing the fact that some of the women – the women particularly in the new accusation, the new indictment – I don't know these people. They may very well be telling the truth, that will be tested by the legal process. You can't presume anybody guilty, but I'm not challenging their veracity at this point. I'm only challenging the veracity of people whose veracity I know is untruthful.

Well, not only am I saying it didn't happen – I have categorical evidence that we never met. I have all of my travel records that show I couldn't have been in the places that she said I was. I have a reported admission by her own lawyer, David Boies, who said it would be impossible for me to be in those places and that his client was wrong, simply wrong. So I'm not just denying, I'm saying I never met this woman. She made up the whole story out of whole cloth for financial reasons.

On whether he feels regret for the 2008 Epstein plea deal

On working as a criminal defense lawyer

Well I taught my students for 50 years at Harvard Law School you should always feel bad about producing results like this but it's your job. The job is to do what you can to help your client and then to feel bad about it. That's part of what you do as a criminal defense lawyer and if you can't do that you should be in the job of prosecuting not defending. But you cannot for one second think about compromising the rights of your client.

Jacob Conrad edited this story for radio, and Josh Axelrod adapted it for the Web.