Accessibility links
James Fields Jr. Is Sentenced To Life In Prison By A Virginia Court The Virginia court's sentence is largely symbolic. Last month, a federal judge sentenced Fields to life in prison for killing a woman protesting a white nationalist rally in 2017.

James Fields Jr. killed a woman after he drove a car into a group of protesters in Charlottesville, Va., in 2017. On Monday, a judge in Virginia sentenced him to life in prison. Albemarle-Charlottesville Regional Jail via Getty Images hide caption

Avowed neo-Nazi James Fields Jr. was given a second sentence of life in prison for killing a woman and injuring dozens when he rammed his car into a group of people protesting a white nationalist rally in Charlottesville, Va., in 2017.

On Monday, Charlottesville Circuit Judge Richard Moore sentenced Fields to the life term plus 419 years and $480,000 in fines, in keeping with a jury's recommendation.

Last month, a federal judge sentenced the 22-year-old to life in prison without the possibility of parole. Fields had pleaded guilty to 29 federal hate crimes in a plea agreement in exchange for prosecutors dropping a charge that could have led to the death penalty.

People had gathered in the heat outside the Virginia courthouse on Monday, waiting for the sentence to be handed down. One journalist said Fields' arrival was obscured from public view.

After the sentence was announced, Charlottesville Commonwealth's Attorney Joseph Platania, told NPR, "While there is no true closure that this process is able to provide, we are hopeful that today's sentence is the first step forward for some as they try and begin to heal."

A jury in Charlottesville convicted Fields in December on state charges of first-degree murder in the death of counterprotester Heather Heyer; the jury also convicted him on multiple counts of aggravated malicious wounding, malicious wounding and leaving the scene of an accident.

State prosecutors used X-rays, photos, video recordings and social media posts to argue that Fields had acted deliberately, with hatred in his heart. ("I feel like court's going to be watching my daughter die again, over and over and over," Heyer's mother, Susan Bro, said at the time of the trial.)

A court-appointed attorney for Fields unsuccessfully tried to have the trial relocated because of the publicity and impact on residents in Charlottesville.

Fields' attorneys had argued that he acted in self-defense. They focused on his history of mental illness, and according to the Richmond Times-Dispatch, a psychologist testified that Fields had been diagnosed as a child with bipolar disorder and schizoid personality disorder. 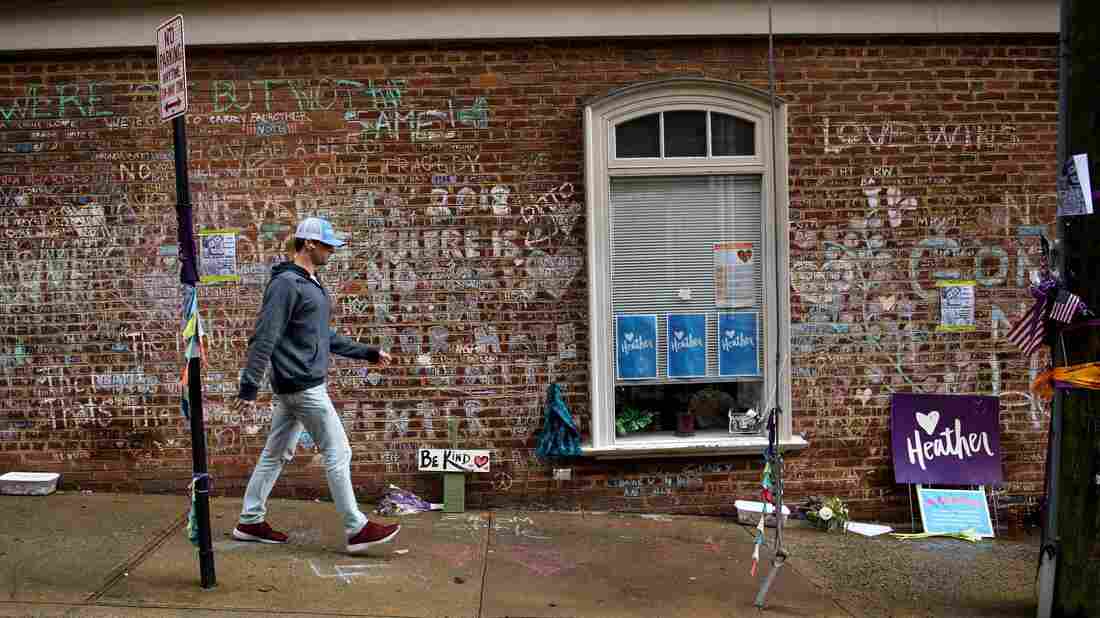 A memorial to Heather Heyer, the 32-year-old counterprotester who was killed by James Fields Jr., was on display last year in Charlottesville, Va. Brendan Smialowski/AFP/Getty Images hide caption 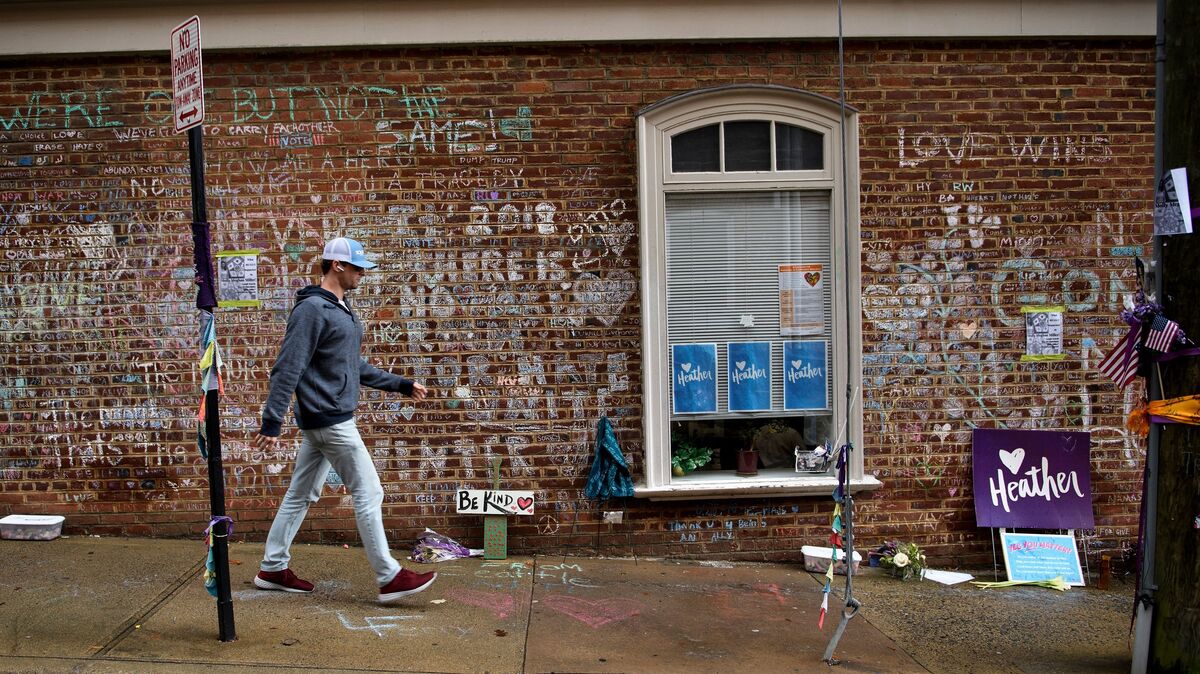 A memorial to Heather Heyer, the 32-year-old counterprotester who was killed by James Fields Jr., was on display last year in Charlottesville, Va.

During his federal trial, Fields' attorneys described a family history of bipolar disorder. They said his grandfather had killed his grandmother before killing himself, that his father died in a car accident before his birth and that his mother was a paraplegic who "raised him from a wheelchair," according to court records. They also said he had never attended a political rally before the Unite the Right gathering in 2017.

Heyer was a 32-year-old paralegal who died on Aug. 12, 2017, after Fields drove his Dodge Challenger into a crowd of people protesting the weekend rally of white nationalists and white supremacists demonstrating against a plan to remove a Charlottesville statue of Confederate Gen. Robert E. Lee.

The street where Heyer was killed is now filled with flowers and colorful chalked messages on brick buildings. "The informal memorial is expected to remain, and the street was named in an honorary fashion after Heather Heyer," Brian Wheeler, a spokesperson for the city of Charlottesville, told NPR on Monday.