Accessibility links
Trump Administration Implementing 'Safe 3rd Country' Rule On Migrants Seeking Asylum Immigrants who want to seek asylum at the U.S. southern border must first apply for refugee status in another country, according to a new rule that is set to take effect Tuesday. 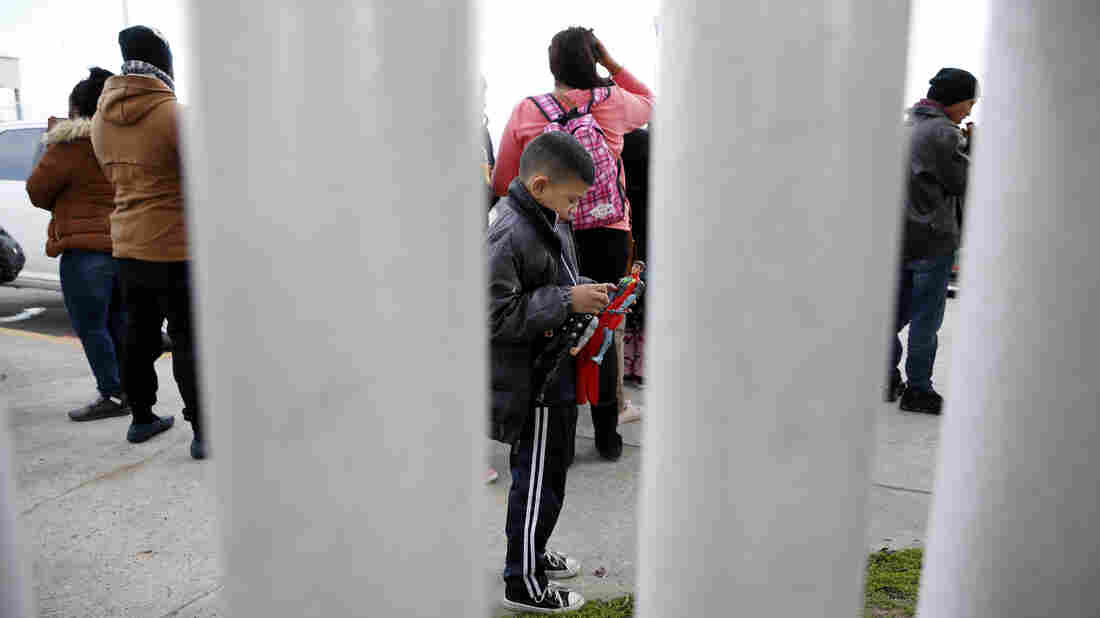 A migrant family waits in Tijuana, Mexico, before being transported to the San Ysidro port of entry to begin the process of applying for asylum in the United States. A new Trump administration rule says immigrants who pass through a third country en route to the U.S. cannot apply for asylum at the U.S. southern border. Gregory Bull/AP hide caption 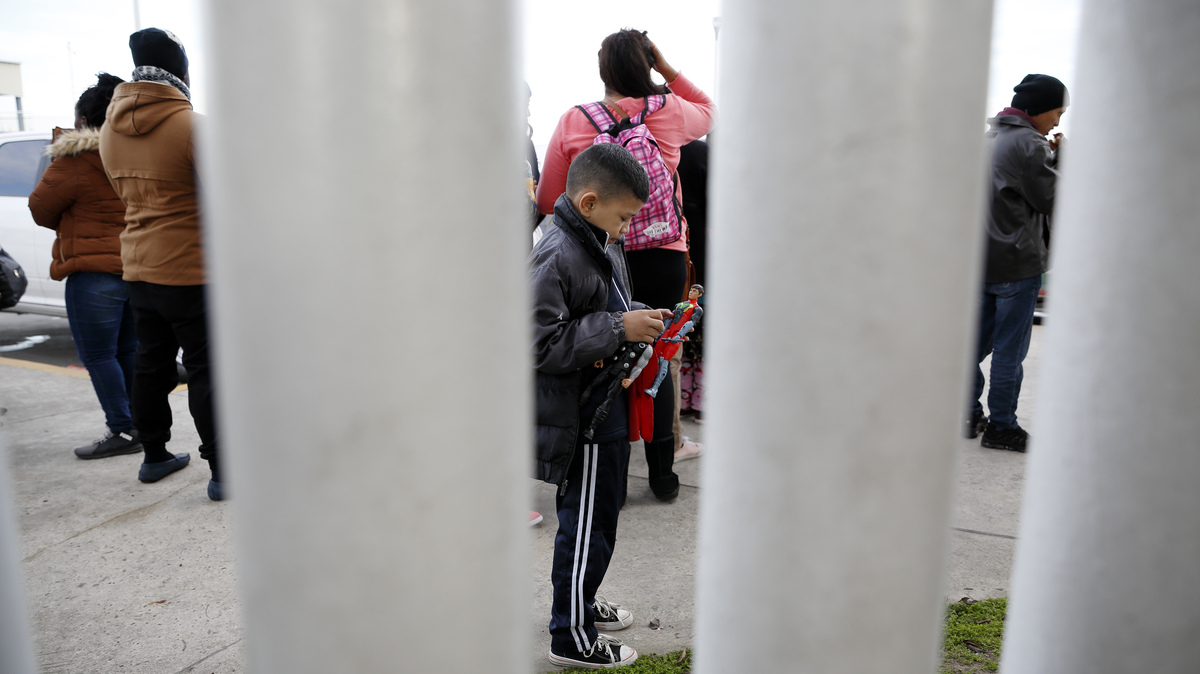 A migrant family waits in Tijuana, Mexico, before being transported to the San Ysidro port of entry to begin the process of applying for asylum in the United States. A new Trump administration rule says immigrants who pass through a third country en route to the U.S. cannot apply for asylum at the U.S. southern border.

The Trump administration is moving forward with a tough new asylum rule in its campaign to slow the flow of Central American migrants crossing the U.S.-Mexico border. Asylum-seeking immigrants who pass through a third country en route to the U.S. must first apply for refugee status in that country rather than at the U.S. border.

The restriction will likely face court challenges, opening a new front in the battle over U.S. immigration policies.

The interim final rule will take effect immediately after it is published in the Federal Register on Tuesday, according to the departments of Justice and Homeland Security.

The new policy applies specifically to the U.S.-Mexico border, saying that "an alien who enters or attempts to enter the United States across the southern border after failing to apply for protection in a third country outside the alien's country of citizenship, nationality, or last lawful habitual residence through which the alien transited en route to the United States is ineligible for asylum."

"Until Congress can act, this interim rule will help reduce a major 'pull' factor driving irregular migration to the United States," Homeland Security acting Secretary Kevin K. McAleenan said in a statement about the new rule.

The American Civil Liberties Union said it planned to file a lawsuit to try to stop the rule from taking effect.

"This new rule is patently unlawful and we will sue swiftly," Lee Gelernt, deputy director of the ACLU's national Immigrants' Rights Project, said in a statement.

Gelernt accused the Trump administration of "trying to unilaterally reverse our country's legal and moral commitment to protect those fleeing danger."

The strict policy shift would likely bring new pressures and official burdens on Mexico and Guatemala, countries through which migrants and refugees often pass on their way to the U.S.

On Sunday, Guatemala's government pulled out of a meeting between President Jimmy Morales and Trump that had been scheduled for Monday, citing ongoing legal questions over whether the country could be deemed a "safe third country" for migrants who want to reach the U.S.

Hours after the U.S. announced the rule on Monday, Mexican Foreign Minister Marcelo Ebrard said it was a unilateral move that will not affect Mexican citizens.

"Mexico does not agree with measures that limit asylum and refugee status for those who fear for their lives or safety, and who fear persecution in their country of origin," Ebrard said.

Ebrard said Mexico will maintain its current policies, reiterating the country's "respect for the human rights of all people, as well as for its international commitments in matters of asylum and political refuge."

According to a DHS news release, the U.S. rule would set "a new bar to eligibility" for anyone seeking asylum. It also allows exceptions in three limited cases:

"1) an alien who demonstrates that he or she applied for protection from persecution or torture in at least one of the countries through which the alien transited en route to the United States, and the alien received a final judgment denying the alien protection in such country;

"(2) an alien who demonstrates that he or she satisfies the definition of 'victim of a severe form of trafficking in persons' provided in 8 C.F.R. § 214.11; or,

"(3) an alien who has transited en route to the United States through only a country or countries that were not parties to the 1951 Convention relating to the Status of Refugees, the 1967 Protocol, or the Convention against Torture and Other Cruel, Inhuman or Degrading Treatment or Punishment."

The DHS release describes asylum as " a discretionary benefit offered by the United States Government to those fleeing persecution on account of race, religion, nationality, membership in a particular social group, or political opinion."

The departments of Justice and Homeland Security are publishing the 58-page asylum rule as the Trump administration faces criticism over conditions at migrant detention centers at the southern border, as well as its "remain in Mexico" policy that requires asylum-seekers who are waiting for a U.S. court date to do so in Mexico rather than in the U.S.

In a statement about the new rule, U.S. Attorney General William Barr said that current U.S. asylum rules have been abused, and that the large number of people trying to enter the country has put a strain on the system.

Barr said the number of cases referred to the Department of Justice for proceedings before an immigration judge "has risen exponentially, more than tripling between 2013 and 2018." The attorney general added, "Only a small minority of these individuals, however, are ultimately granted asylum."