Accessibility links
Puerto Rico Governor Defies Calls To Resign Amid Growing Protests Over Text Chats Monday marked three days of demonstrations against Gov. Ricardo Rosselló after the publication of private conversations laden with misogynist and homophobic language, among other insults. 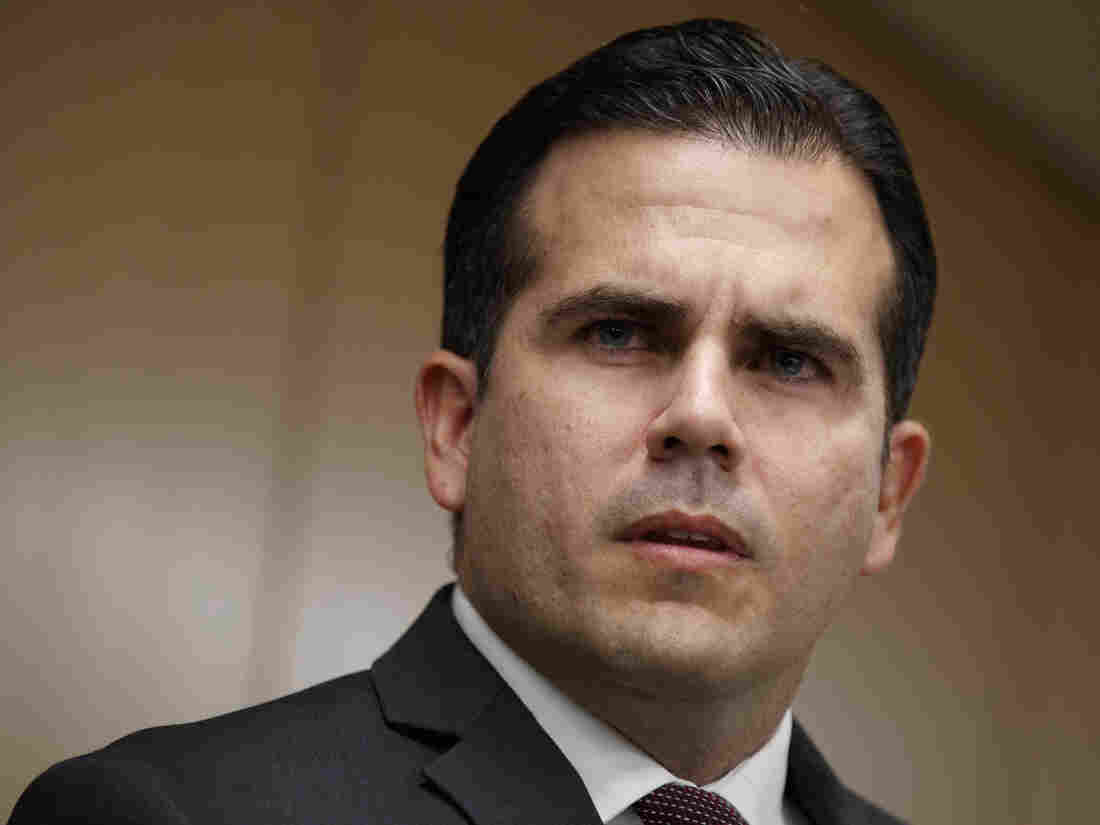 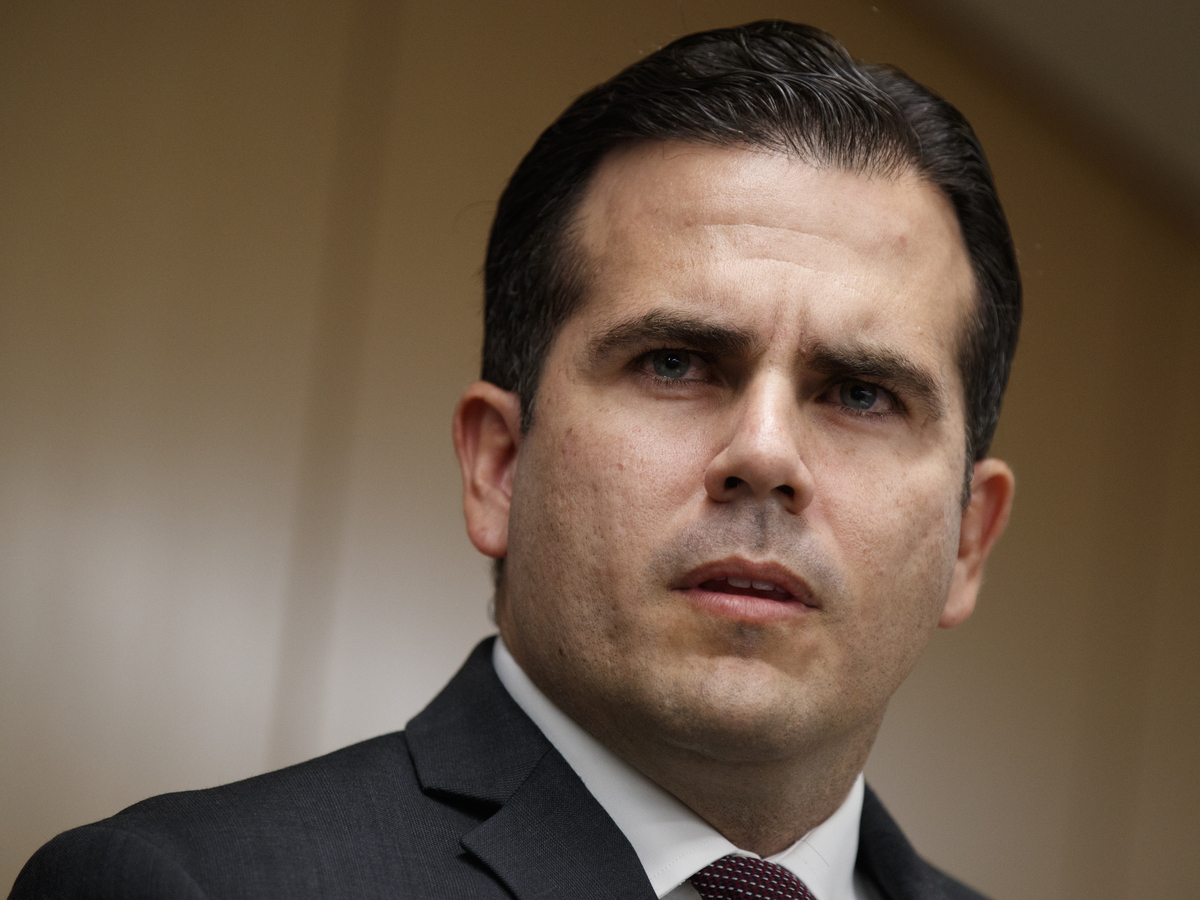 Puerto Rico Gov. Ricardo Rosselló says he will not step down following the publication of private chat messages laden with misogynist and homophobic language.

The governor of Puerto Rico is resisting calls to resign despite growing protests against his government after leaked text chats revealed conversations rife with homophobic and misogynistic slurs.

On Monday evening, thousands of demonstrators gathered near Gov. Ricardo Rosselló's mansion. Late in the evening, things took a turn when police in riot gear who had formed a line blocking access to the executive mansion shot pepper spray and tear gas into the crowd.

It was the third consecutive day of demonstrations as marchers in the streets of the capital chanted, "Ricky Resign!" The island's police commissioner later stated at a press conference that the demonstrators were throwing rocks and improvised gas canisters at police.

The outrage follows the publication of nearly 900 pages of profane and offensive private text messages between the governor and members of his inner circle. They show Rosselló and top officials in his administration repeatedly used sexist, homophobic and other distasteful language to insult women and political opponents. They also reveal discussions about how to manipulate public opinion and efforts to discredit the work of a federal police monitor and journalists critical of Rosselló's administration.

The messages were published by Puerto Rico's Center for Investigative Journalism on Saturday. Since then, many of the Rosselló's political allies have withdrawn their support.

While two of Rosselló's top officials stepped down this weekend, the governor said it is in the island's best interest for him to stay on. According to CBS, he also indicated he plans to run for a second term in November 2020.

"I've asked everyone for forgiveness," Rosselló said in Spanish during an interview on the radio show Nacion Z.

But much of the public has not been in a forgiving mood. And Rosselló's mea culpas have done little to assuage feelings of betrayal, anger and frustration over the leaders' callous attitudes and repeated corruption scandals that have plagued the island.

"The time has come for us to take the streets," said Mildred Diaz, a retired schoolteacher. "Enough of this abuse from our government, from this corrupt governor."

Diaz said the dissemination of the remarks have led an "awakening," pushing people past a breaking point. "In these last three or four days I've seen people angrier and more indignant than I've seen in a long time."

Aggravating matters for Rosselló is the timing of the scandal. Last week, two former officials in his administration were arrested by the FBI on fraud charges for allegedly steering $15 million in contracts to friends and political allies.

Miosotis Cortes said she and her partner have been taking turns reading the text messages out loud to each other. They consider it their patriotic duty. So far, she said, they are about 400 pages into the tome.

As they slog through the offensive chats, she said the worst part is seeing how the governor and his coterie sneer at the many struggles facing Puerto Ricans. In one text, the governor's chief financial officer cracks a joke about the dead bodies that piled up in a government facility before and after 2017's Hurricane Maria.

"You can see that our politicians lack humanity," Cortes said. "They lack decency."

The publication of the texts has unleashed a visceral wave of fury and indignation that many Puerto Ricans feel over the direction the island is taking. Puerto Rico is in the 13th year of a recession and is in massive debt. The governor and a federal control board have slashed public services and moved to privatize public assets, including the power grid, schools and roadways. Many people fear these policies will widen the gap between the island's rich and poor.

Legislative leaders decided Sunday night to give Rosselló some time for "introspection."

Speaking on the radio Monday morning, the governor admitted his credibility has been battered by the scandal. But he insisted, "I have to lift myself up. And I have to move forward to do what's best for Puerto Rico."