Accessibility links
Some Fear Undercount As Texas Decides Not To Spend Money On 2020 Census Despite the fact that the state has experienced massive population growth in the past decade, officials in Texas have decided not to allocate money or make statewide plans for the upcoming census. 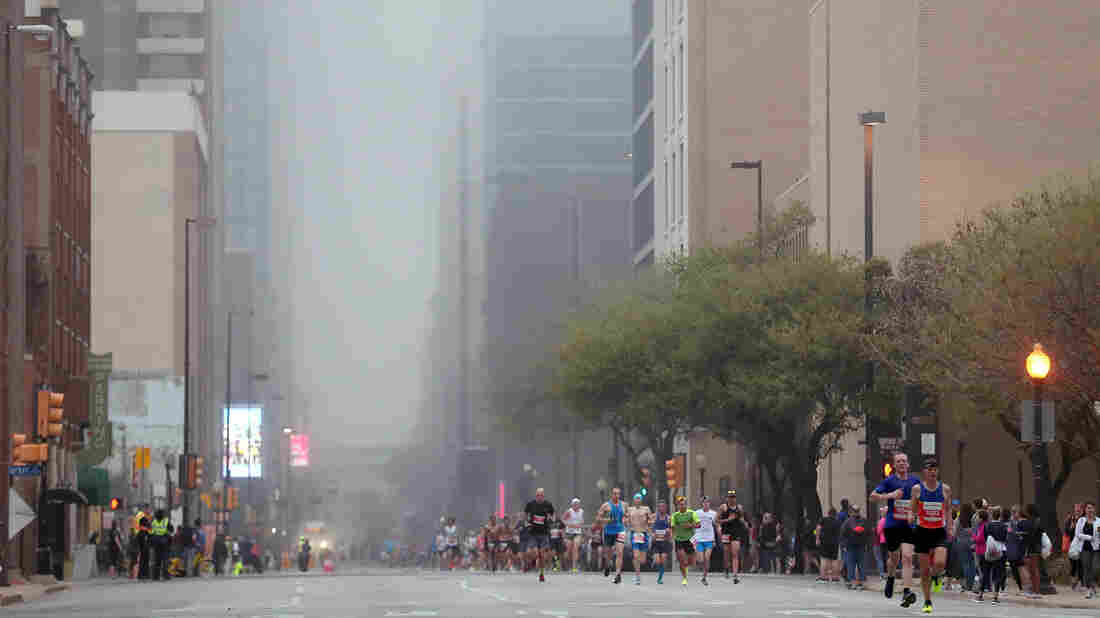 Runners make their way through Dallas during a half marathon in 2018. Texas has experienced massive population growth in the past decade, but officials there have decided not to spend any money or make statewide plans for the 2020 census. Tom Pennington/Getty Images for Rock 'N' Roll Marathon hide caption 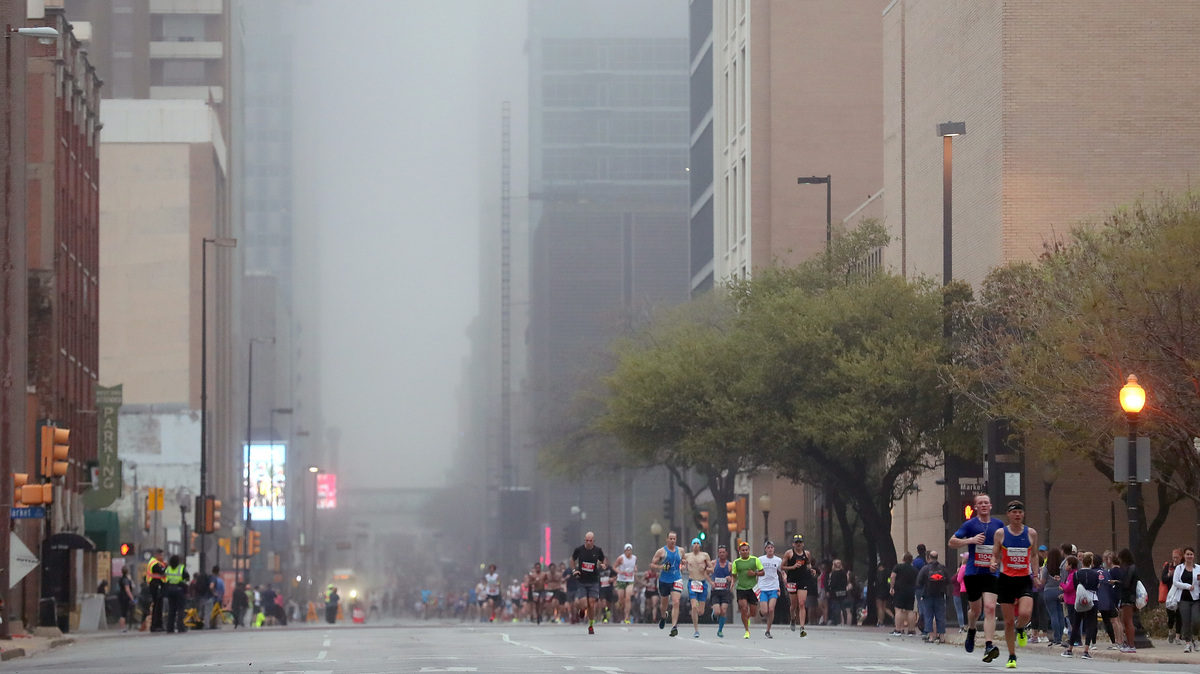 Runners make their way through Dallas during a half marathon in 2018. Texas has experienced massive population growth in the past decade, but officials there have decided not to spend any money or make statewide plans for the 2020 census.

You've got to spend money to make money. But that's not the way Texas, and a handful of other states, are looking at the 2020 census. Officials in Texas have decided not to spend any money or make statewide plans for the census, despite the fact that the state experienced massive population growth in the past decade.

With federal dollars at risk, the state's major cities, business leaders and even nonprofits say they are being forced to step in instead.

Across the country, states are spending millions on making sure they get a better head count of their residents. For example, California officials announced they are investing as much as $154 million in the 2020 census.

But not all states are making investments, or even coming up with statewide plans to improve the count.

This year, Texas lawmakers failed to pass legislation that would have created a statewide effort aimed at making sure all Texans are counted. Measures that would have ensured millions of dollars in funding for the census in Texas also failed.

"California is eating our lunch on the census," says Ann Beeson, the CEO of the Center for Public Policy Priorities in Austin. "And what that's going to mean is more representation and more dollars for California than Texas."

Beeson said this is particularly concerning because the state's population has continued to explode. In fact, many of the country's fastest-growing cities are in the Lone Star State.

By some estimates, Texas is set to gain three to four congressional seats after the census. But that's only if there's an accurate count, Beeson says.

"Texas is already at a high risk of an undercount," she says. "That is because we have a higher percentage of what are considered hard-to-count populations."

"We have a particularly high risk of an undercount of young children because we have so many," she says.

The Center for Public Policy Priorities estimates that a mere 1% undercount could cost Texas $300 million in federal funding a year.

That's much-needed funding, Beeson says, that would pay for education, transportation and health care programs in the state.

In the absence of state action, though, local officials in Texas say it's up to them now to make sure people are getting counted.

"So much in the state of Texas relies on local government stepping up," says Bruce Elfant, the tax assessor and voter registrar for Travis County here in Austin.

Elfant is a member of the city's Complete Count Committee, which is a city-led group focused just on improving the census in Austin.

"This is a time where local government is going to have to step up again, and I am really proud of what we have here in Travis County," he says.

Elfant says school districts and other municipal government — as well as local businesses — plan to pitch in. In fact, he says the city plans to create a fund for the census. He says that fund will largely rely on money from the private sector.

And nonprofits say they are also gearing up to fill the gap left by state inaction, says Stephanie Swanson with the nonpartisan League of Women Voters of Texas.

"We realized that basically is going to be up to us," she says. "We will have to rely on our cities, and it will also fall on the shoulders of nonprofits and the community to get out the count."

Swanson says she and others are trying to get nonprofits across the state — and especially trusted community groups — to make this a priority.

But she says it's not going to be easy.

"We have a lot of work that we have to do," Swanson says. "We are still in the initial phases, and I am not quite sure if that really has sunk in with the population here in Texas."

The biggest hurdle, she says, will be funding large-scale education programs.

Texas has one of the largest immigrant populations in the country. That means talk of a possible citizenship question on the census has large swaths of the state nervous about answering the census, even though that question will not be included.

"That's something that we are still struggling to find a good way to talk to people about," Swanson says. "We don't want to scare them, basically."

So far, the state's biggest cities, including Houston, Dallas, San Antonio and Austin, all have citywide efforts. There are also various small towns and suburban counties.

Beeson says it's a good thing there are people starting to take this seriously. However, it would be ideal, she says, if state officials had a statewide plan to make sure that everyone here is counted. Beeson says many rural counties in Texas probably won't have the resources big cities do to make sure their residents are counted.

"As a proud Texan, that kind of makes me mad," Beeson says. "I feel like we kind of need to step up to the plate and really get on the ball and make sure that we are getting counted just like those Californians are getting counted."