Accessibility links
Guinness World Records Crowns Wales Street World's Steepest The town of Harlech in Wales has ousted Dunedin, New Zealand, for the title of world's steepest street. Residents are elated about the title, which required a lengthy verification process. 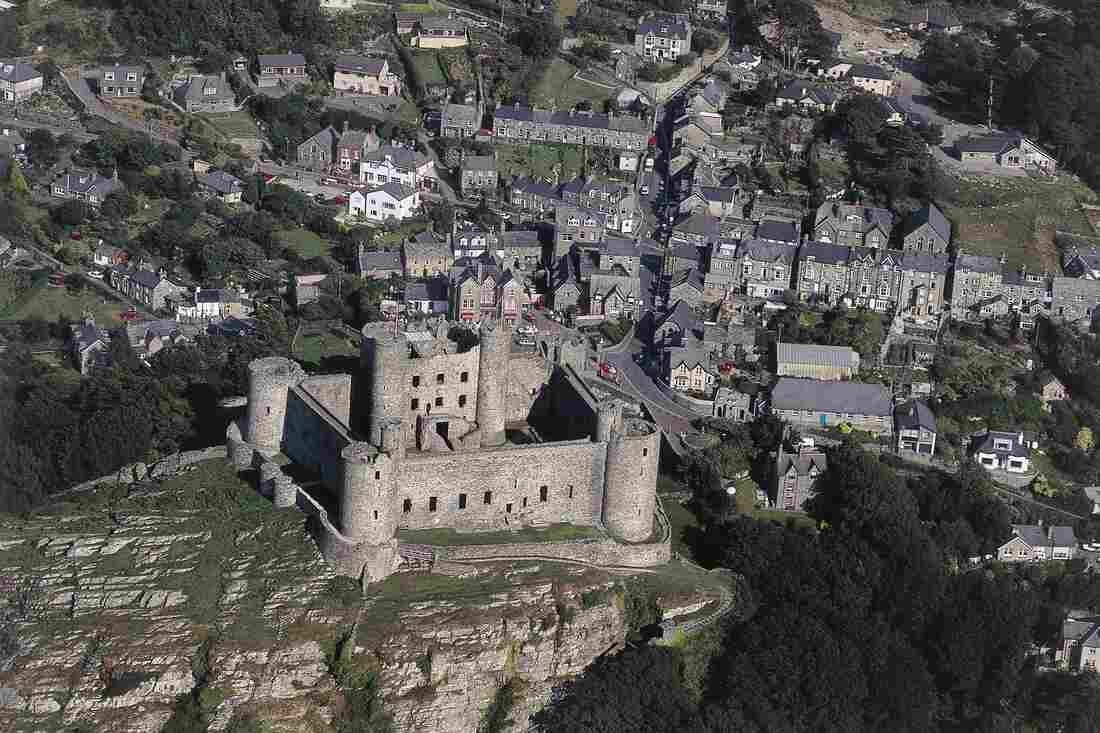 The town of Harlech in Wales is officially home to the world's steepest street, according to Guinness World Records. Dea / S. Vannini/De Agostini via Getty Images hide caption 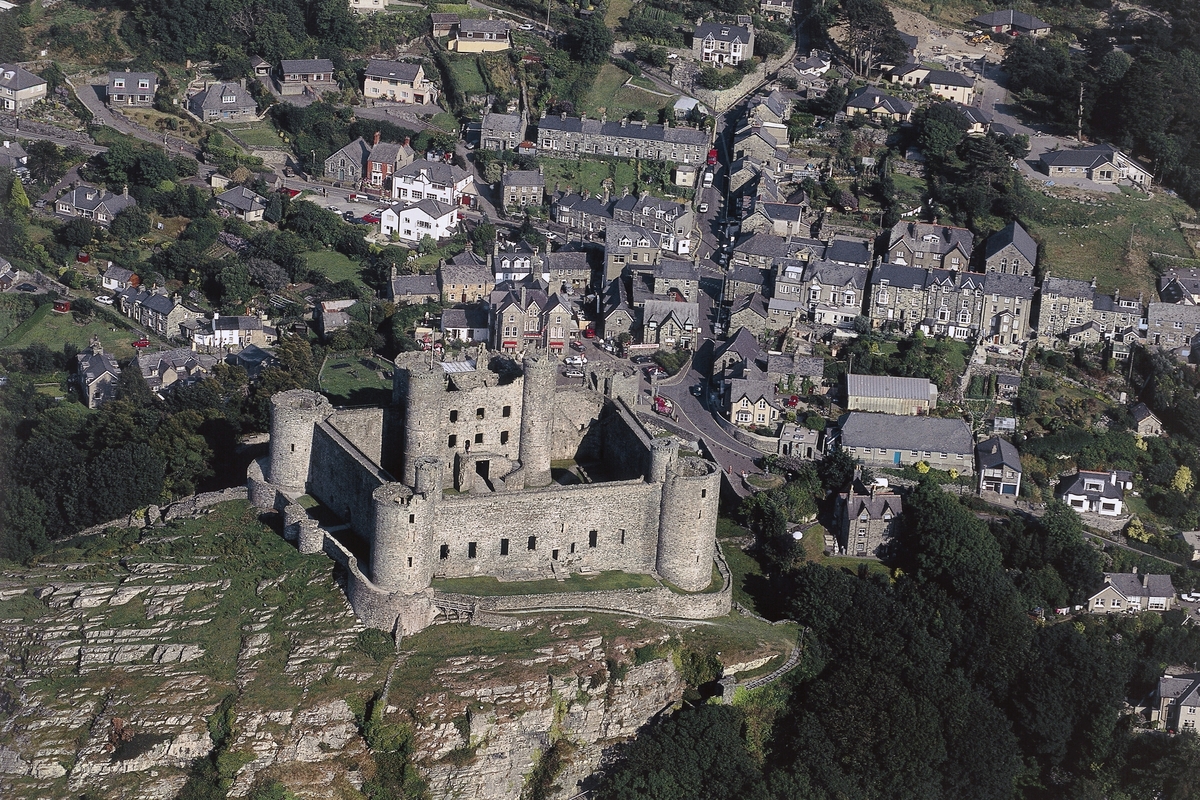 The town of Harlech in Wales is officially home to the world's steepest street, according to Guinness World Records.

There's a new king of the hill.

The small town of Harlech in Wales has ousted Dunedin, New Zealand, for bragging rights to the world's steepest street. Guinness World Records announced the new title in a news release on Tuesday.

Ffordd Pen Llech, the name of the Wales street, winds up at a slope of 37.45 % stretch over fall, Guinness World Records said. That's in comparison to a slope of 34.97% at Dunedin's Baldwin Street.

"I first realised this street was a contender for the steepest street in the world when my car slid straight down with all four tires locked," he told Guinness World Records.

Congratulations to the residents of Harlech in Wales whose street Ffordd Pen Llech has been awarded the title of the world's steepest https://t.co/uOyonVlwVD

He started rallying the local community to apply for the title, which was quite a lengthy verification process. "I cannot say how pleased we are that Ffordd Pen Llech has now been recognised as the steepest street, not just in Wales, not just in the UK, not just in Europe, but in the entire world," Gwyn said.

The steep slope separates most residents from some key institutions, the BBC reports: "While most live at the bottom of the hill, the chemist and post office are at the top."

As for the losing street? "I'm thrilled for us but in every game there has to be a losing team," Gwyn said. "I feel sorry for them, but a record is a record, figures are figures – it's inarguable."

The news came as a shock to Dave Kernahan, known as the king of Baldwin street and often seen running up and down the hill dozens of times per day.

"You are bloody joking," Kernahan said when New Zealand new site Stuff informed him. "What a bloody surprise that is." 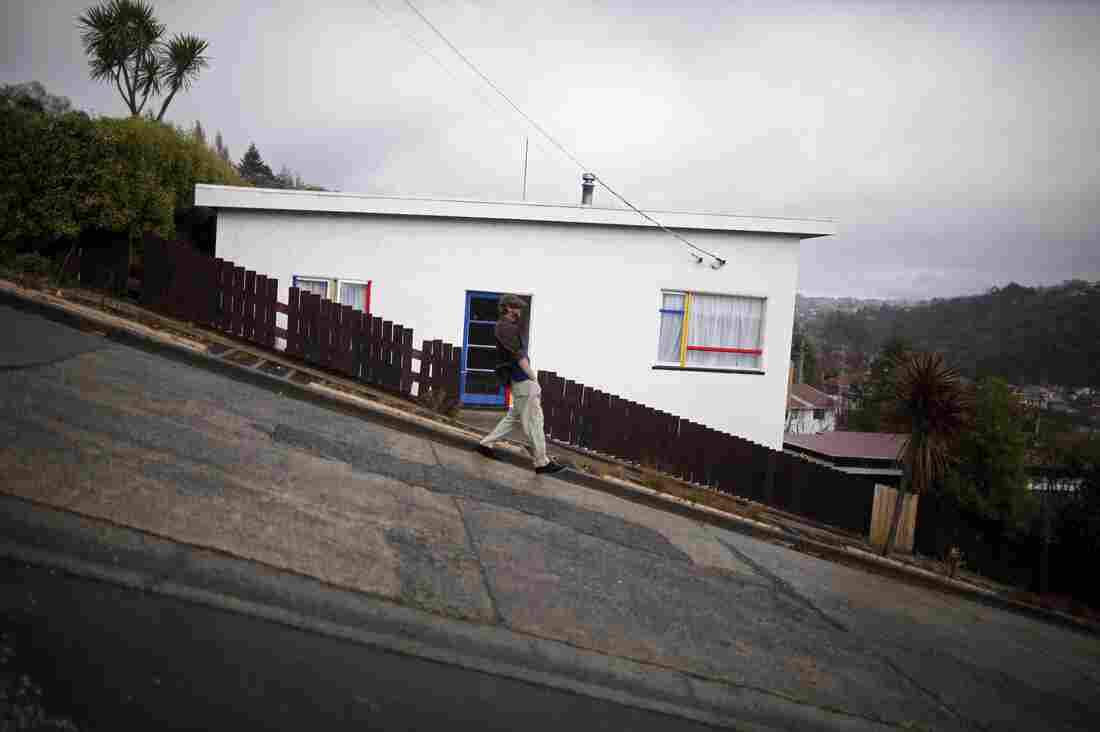 Baldwin Street, which is residential, often hosts large crowds of tourists eager for a picture of themselves on the extreme slope. Some of the street's residents are celebrating the fact that this may mean fewer disruptions from tourists, according to the NZ Herald.

Ffordd Pen Llech is expecting to see more tourists now that it has claimed the coveted title.

One resident of Baldwin Street, Colleen Williamson, told Stuff that she had some reservations about whether the two streets are particularly comparable. "They are two completely different streets; the one in Wales is not two-way all the way through, and not heavily populated like Baldwin St," said Williamson.

Guinness World Records says "the record is measured based on the steepest (highest gradient) section over a 10 m[eter] distance." It says this is more accurate than taking a street's average steepness, because "you could take a road where one section is extremely steep and the rest is flat, which is not a fair assessment."