Accessibility links
North Korea Warns It May Resume Nuclear And Missile Tests Pyongyang accused the U.S. of "unilaterally reneging on its commitments" and said North Korea is "gradually losing our justification to follow through" on its own promises. 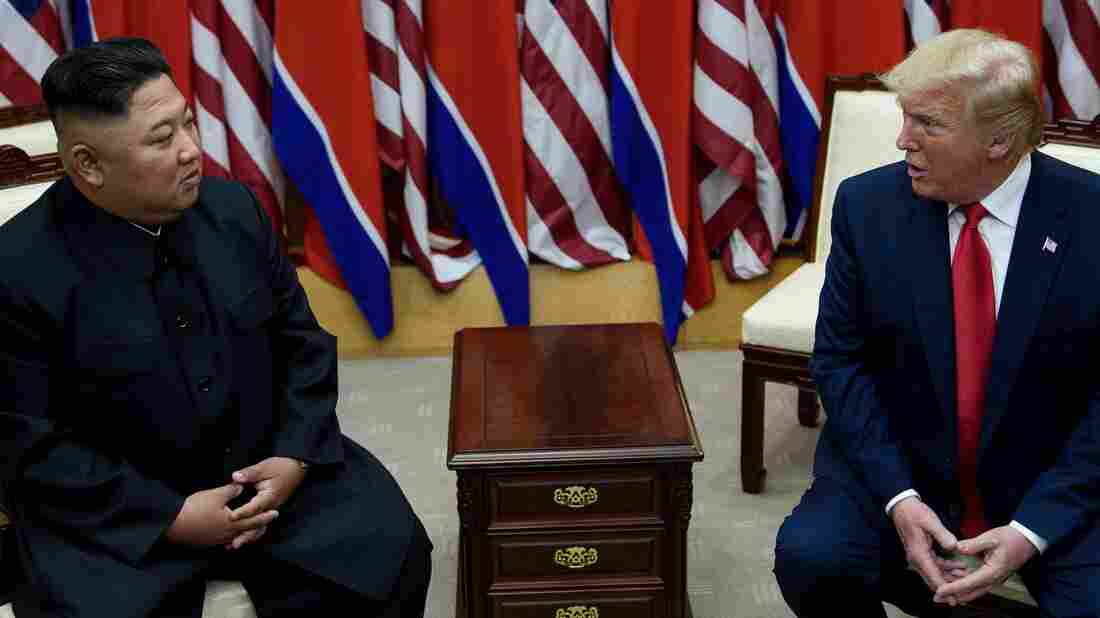 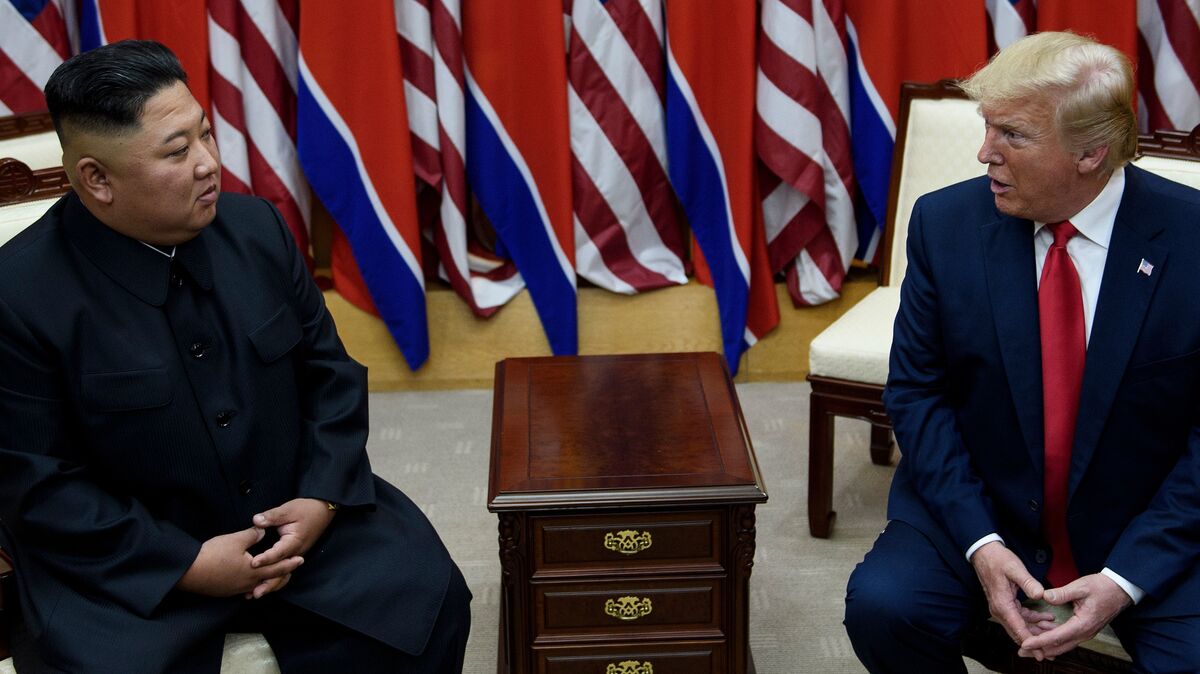 North Korean leader Kim Jong Un and President Trump met in the demilitarized zone between the Koreas on June 30.

North Korea warned Tuesday that negotiations with the United States could falter and that its nuclear and missile tests might resume if the U.S. and South Korea move forward with planned military exercises.

An unnamed North Korean Foreign Ministry spokesperson accused the U.S. of "unilaterally reneging on its commitments" in a statement released Tuesday by the Korean Central News Agency. The spokesperson said North Korea is "gradually losing our justification to follow through on the commitments we made with the U.S." and that verbal pledges are not "a legal document inscribed on a paper."

North Korea has not tested long-range missiles since 2017.

Tuesday's letter comes after Trump made a sudden visit to see Kim in June. They sat together in the Demilitarized Zone between the two Koreas as cameras flashed, and Trump became the first sitting U.S. president to set foot into North Korea. He called it "a great honor."

They agreed to resume talks, but little progress has been made toward denuclearization, and no diplomatic meetings are known to have taken place since that June sit-down.

North Korea has long denounced such military drills, viewing them as a threat to its sovereignty. "It is crystal clear that it is an actual drill and a rehearsal of war aimed at militarily occupying our Republic by surprise attack," the spokesperson said Tuesday.

Joint military exercises have taken place for decades because the Korean peninsula was still technically in a state of war since the signing of an armistice agreement in 1953.

Although the United States has vowed to "indefinitely suspend" certain drills, smaller exercises are still help for South Korean and U.S. troops.

Pyongyang tested suspected short-range missiles in May. American officials drew a distinction between those tests and the launches of long-range ballistic missiles, which may be capable of reaching the U.S. mainland.