Accessibility links
Police Arrest Suspect In Death Of African American Museum Founder In Baton Rouge Sadie Roberts-Joseph, 75, was a community fixture in Baton Rouge, La. Police say the suspect was one of Roberts-Joseph's tenants who was behind on his rent. 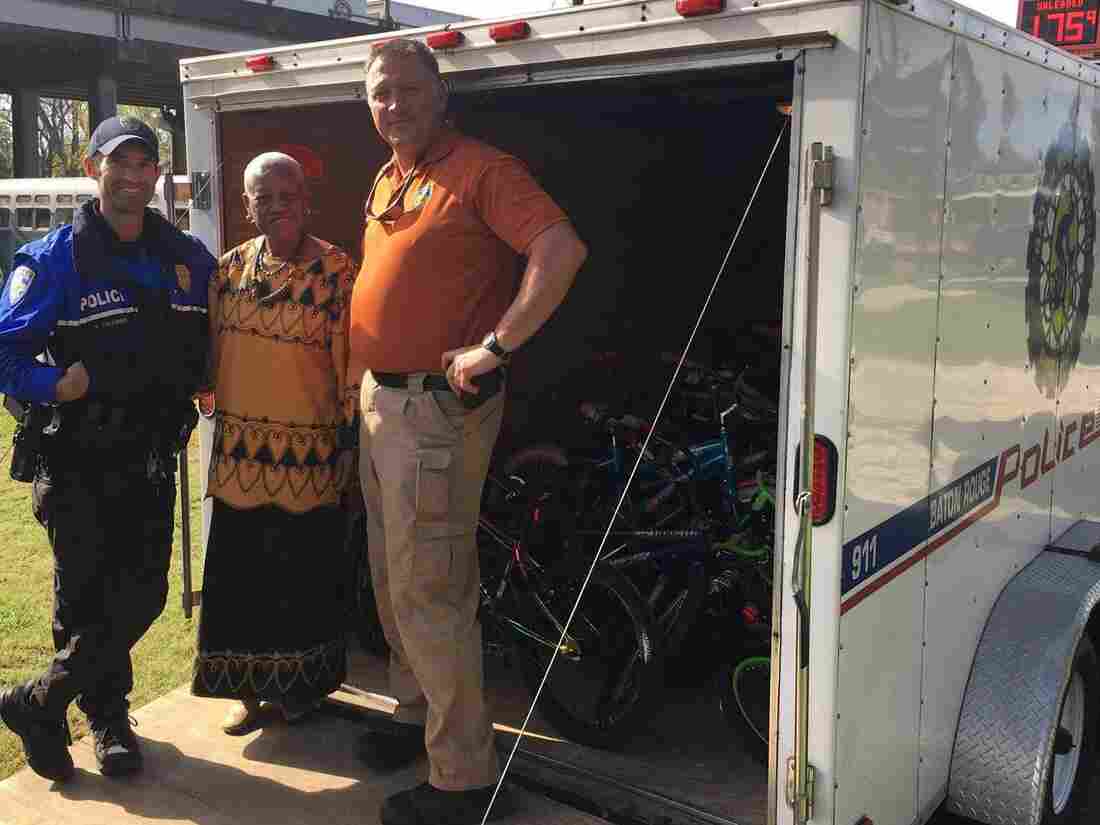 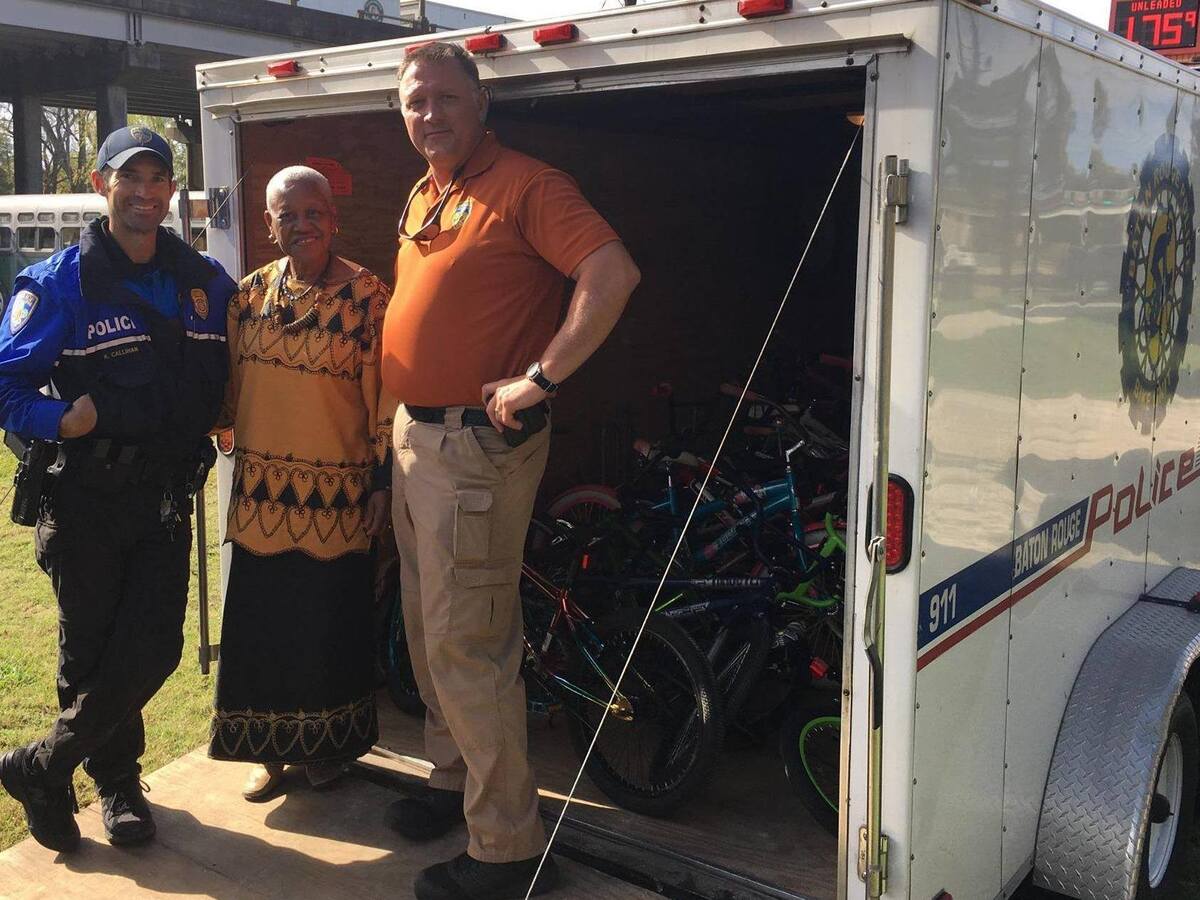 An arrest has been made in connection with the killing of Sadie Roberts-Joseph, who was found dead in the trunk of her car last week. Above, Roberts-Joseph stands between Sgt. Kyle Callihan (left) and Sgt. Michael Gauthier, who are with the Baton Rouge Police Department.

Police have arrested a suspect in connection with the death of Sadie Roberts-Joseph, a community activist who founded the African American Museum in Baton Rouge, La.

Authorities announced on Tuesday that they believe a man who was a tenant in a building that Roberts-Joseph owned killed her. Police said the man owed her $1,200 in rent, though police said the exact motive is still under investigation.

That man, Ronn Jermaine Bell, has been arrested and charged with first-degree murder.

Police found Roberts-Joseph's body in the trunk of her car Friday afternoon, not long before Hurricane Barry touched down on the Louisiana coast Saturday.

Bell is a registered sex offender who served seven years in prison starting in 2007 for sexually abusing a minor, authorities said Tuesday. Before he was identified as a suspect in the death of Roberts-Joseph, he had been arrested on a warrant for not making a court fee payment connected to the sexual abuse case.

Roberts-Joseph organized an annual festival at the museum celebrating Juneteenth, a commemoration of the end of slavery in the U.S., and was known throughout her community as just Ms. Sadie.

Her death sent shock waves through the city.

"She was one of the standout matriarchs of Baton Rouge. She was a part of the fabric of Baton Rouge. And that is why you see so many people concerned about her death," Baton Rouge Mayor Sharon Weston Broome said at a news conference. "We will make her legacy a priority," she said, "because of what she gave to so many here."

Roberts-Joseph's daughter, Angela Machen, said at the news conference that "as heinous" as the act was, her mother's passing has united Baton Rouge, something Roberts-Joseph was committed to her whole life.

"All my mother ever wanted was for this community to come together," Machen said. "What she wanted to happen in life came to fruition in death."

An earlier caption misstated the last name of Sadie Roberts-Joseph as Roberts-Jones.