Accessibility links
'The Lion King' Had The Perfect Villain Song. This Time, 'Be Prepared' For Less We know it sounds sordid, but there's something missing in the 2019 version of Scar's bad-guy anthem — and it's the very thing that made the mustache-twirling original so iconic. 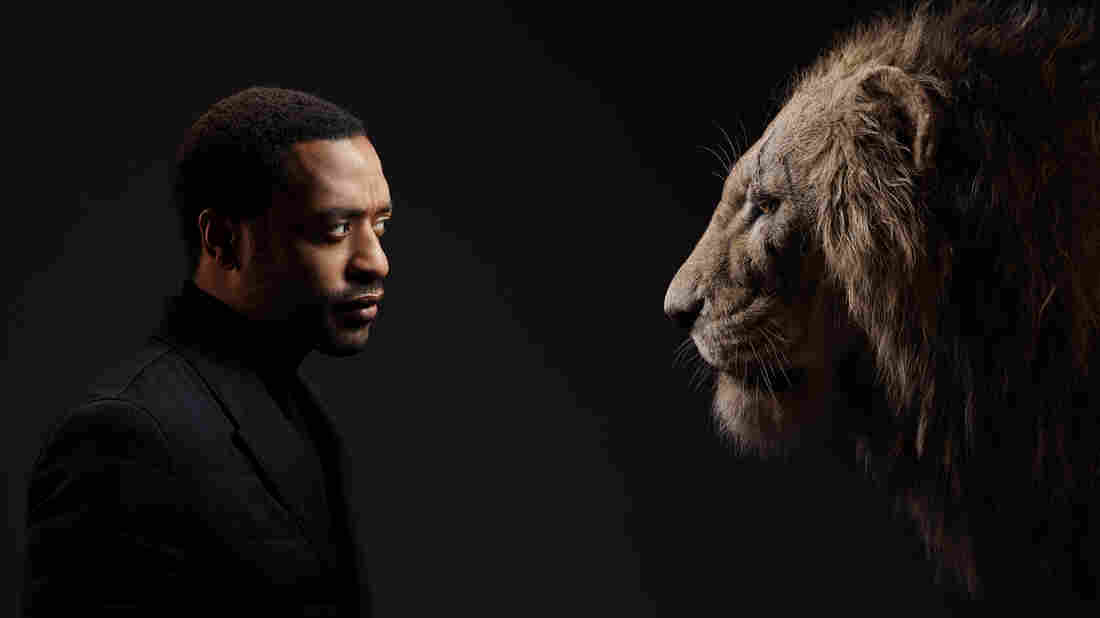 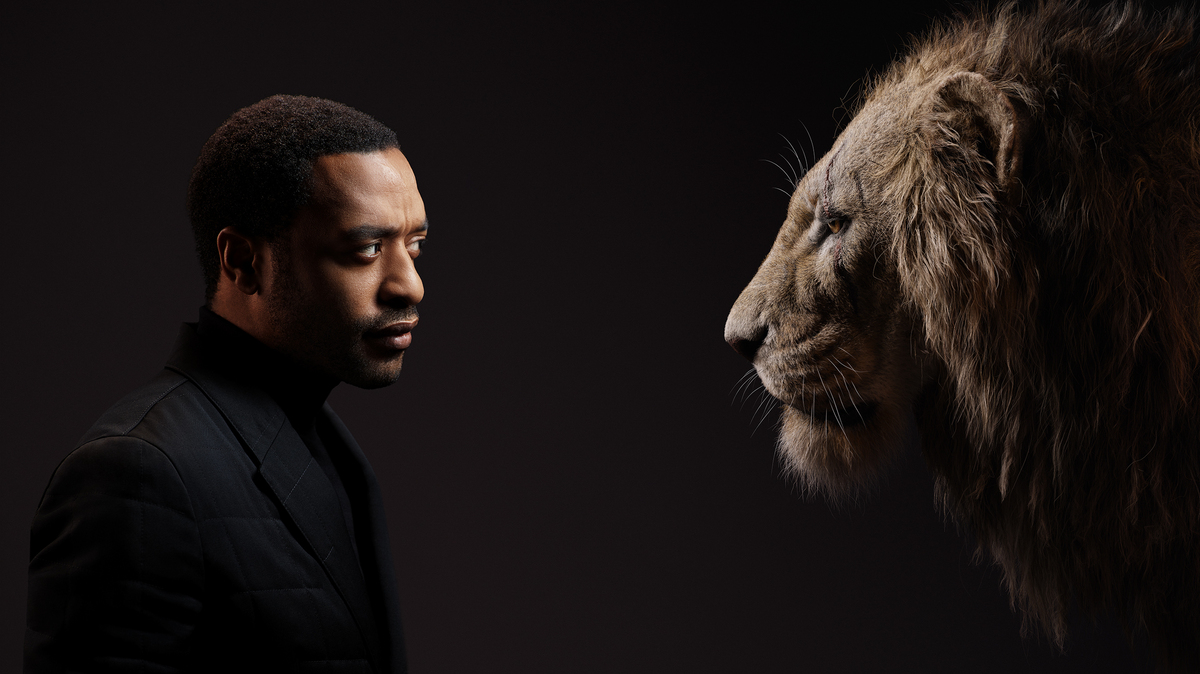 Chiwetel Ejiofor and his onscreen counterpart in 2019's The Lion King, the power-hungry villain Scar.

I have seen the new The Lion King. Pop Culture Happy Hour is devoting a whole show to it this week, so I won't get into a full review here, but just know that, when it comes to one specific aspect of the new film — the one aspect about which I cared most keenly, most deeply, most intensely — the news is not senSAAYtional. It's anything but, in fact.

I refer here to "Be Prepared," the very best song on a soundtrack that does not suffer for good songs. It is the villain Scar's anthem — his pitch to the pack of hyenas to help him effect "the coup of the century."

Here's the original version. Go ahead, click. Treat yourself. Make your day better. Then come back, I'll still be here. ...

Hi again. So that was pretty great, right? The animation so expressive, so imaginative, so dynamic, so fluid? And the vocal performance, by noted non-singer Jeremy Irons, remains just as show-stopping as ever, for one very specific reason: It's such a pure expression of the character.

Irons' Scar was theatrically sly, performatively unctuous, luxuriously fey. He reveled in his haughtiness, his condescending wit, his sneering contempt for those lesser than he. He not only embraced his status as Other, he wore it like a Bob Mackie gown. He was, in other words, not merely villainous, nor anything so mundane as simply evil. No, he was more fun than that: He was wicked.

Now, there's a long cinematic tradition of talk-singing in musical comedies. Rex Harrison and Richard Harris famously barked and yipped their way through My Fair Lady and Camelot, respectively. It's an effective technique, and Irons could have contented himself to follow in those footsteps. Instead, he chose to impregnate every verse of "Be Prepared" with all the layers of characterization he was bringing to the rest of his performance. You hear it in every lyric — the sly playfulness, the sudden rage, the smug self-satisfaction, the abject delight Scar is taking in his own skullduggery. It's why Irons' "Be Prepared" became, and remains, indelible, even iconic.

The first thing you gotta know is that there were rumors that the new film had cut "Be Prepared" to make room for new (and thus, Oscar-eligible) songs. I, for one, was prepared to storm whatever barricades necessary in protest, and I was not alone. Turns out, they didn't cut it. It's still in the movie ... sort of.

What they did do was cut it down. Waaaay down. From nine verses to four, from three minutes to just over one. The new orchestration is almost unrecognizable: Scar's backup hyenas no longer join in with that lusty, insistent "Hummmm / hummmmm / Hummmmm" you feel in your chest — they instead chant "Be prepared / Be prepared / Be prepared" in 4/4 march time; it's what it would sound like if the Boy Scouts imposed martial law. There's a rejiggered spoken-word intro, to more fully engage the new film's hyenas vs. lions subplot, that turns Scar from a sneering despot spitting vitriol at his subjects ("Thick as you are, pay attention!") to a mere feckless politician attempting to sway a potential ally ("My vision is clear and wide-ranging / And even encompasses you"). This utter lack of mustache-twirling is a loss — a big one.

And look, I like Chiwetel Ejiofor. He can play a great bad guy — check him out in Joss Whedon's Serenity some time, if you haven't. But his Scar is merely, mundanely evil, and his emotional switch just flips from Off to Boiling Rage, while Irons' Scar spent every moment adjusting his dimmer. Musically, non-singer Ejiofor talk-sings his way through the song, only intermittently attempting to hold a note any longer than you'd hold a hot coal.

But the unkindest cut, dear reader? Is that by eliminating all but the very last verse of the original version, the new film's Scar never gets to tell the hyenas — and by extension, us — to "prepare for senSAAYtional news." Sure, maybe he couldn't have put the same English on that legendary line-reading that Irons did (reader, he couldn't have) but it would have been interesting to see him at least try.

Did this all bum you out? I didn't mean to. The new film does have some things to recommend it, which we'll talk about on the show. But my purpose in giving you a heads up vis-a-vis Scar's anthem was simple: service journalism. Odds are you're gonna see this new Lion King, so you should go into it clear-eyed. Manage your expectations. Adjust your parameters.