Accessibility links
Does Amazon Hurt Competition By Using Sellers' Data? Europe Investigates The European Union's antitrust arm will evaluate Amazon's role as both a retailer and a marketplace for others. One focus will be on Amazon's use of data collected from third-party sellers. An Amazon warehouse in Leipzig, Germany. The European Union's antitrust arm will evaluate the company's role as both a retailer and a marketplace for other retailers. Jens Schlueter/Getty Images hide caption 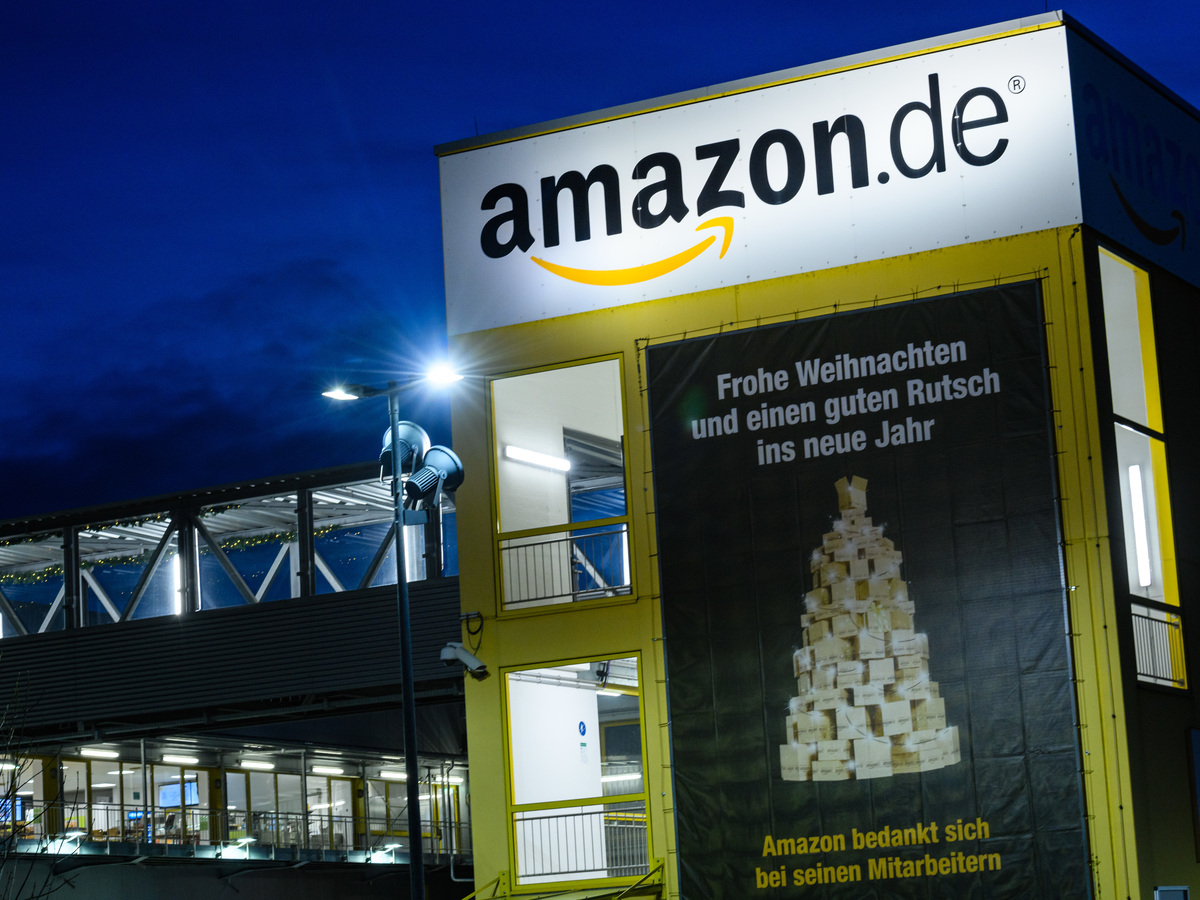 An Amazon warehouse in Leipzig, Germany. The European Union's antitrust arm will evaluate the company's role as both a retailer and a marketplace for other retailers.

Does Amazon hurt competition by exploiting data from other sellers in its marketplace? The European Union has opened a formal antitrust investigation into the giant online retailer to answer that question.

This is the latest push in the expanded focus by European and U.S. authorities on how tech giants — Google, Facebook, Apple and Amazon — use the data of people and businesses that rely on their platforms. The EU last year led the charge with a new sweeping privacy law.

The European Commission, the EU's executive arm, said it will specifically focus on how Amazon uses data collected from third-party sellers that use its marketplace. The commission will look at how that data might be used to Amazon's own advantage or in other anti-competitive ways.

Amazon, in its own statement, said: "We will cooperate fully with the European Commission and continue working hard to support businesses of all sizes and help them grow."

The commission has been collecting information from sellers and manufacturers in recent months. Based on those preliminary facts, it said, "Amazon appears to use competitively sensitive information — about marketplace sellers, their products and transactions on the marketplace."

(Amazon is one of NPR's financial supporters.)

If the EU finds that Amazon violated competition rules, the company could face tens of billions in fines and requirements to change how it operates. The probe could also be dropped.

On Wednesday, German antitrust regulators announced an agreement with Amazon to settle their own investigation into the company's marketplace. Amazon will make changes to the business terms it offers sellers, not just in Germany but worldwide.

In March, the European Commission hit Google with a $1.7 billion fine for "abusive practices" in online advertising. The commission said Google abused its market dominance by keeping its rivals from working with firms that had deals with Google.

In 2016, European Union regulators ordered Apple to pay a tax bill of $14.5 billion on its European profits earned in Ireland. EU regulators said the tax arrangement between Apple and the Irish government was illegal and gave the company an unfair advantage. And in 2017, the EU ordered Amazon to pay $295 million in back taxes to Luxembourg.

In the U.S., the Federal Trade Commission has reportedly approved a $5 billion settlement with Facebook to end an investigation into the tech giant's privacy missteps.

Big Tech and other large corporations also have been criticized by Democratic presidential candidates.