Accessibility links
Telescope In Chile's Mountains Looks For Signals To Explain How The Universe Began There's a telescope high up in the mountains of Chile that's looking for signals from the earliest moments of the universe. Finding these signals would be key to explaining how the universe began.

Listen · 3:33 3:33
Telescope In Chile's Mountains Looks For Signals To Explain How The Universe Began 3:33

There's a telescope high up in the mountains of Chile that's looking for signals from the earliest moments of the universe. Finding these signals would be key to explaining how the universe began. 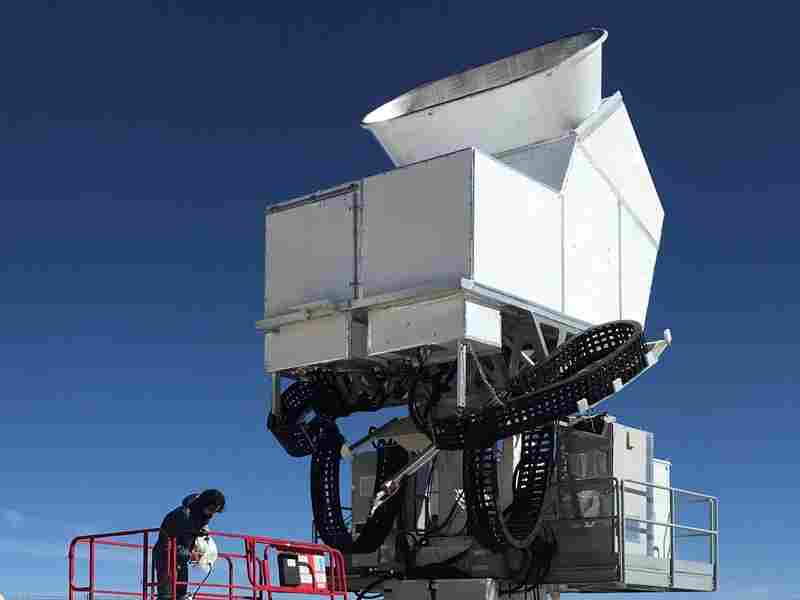 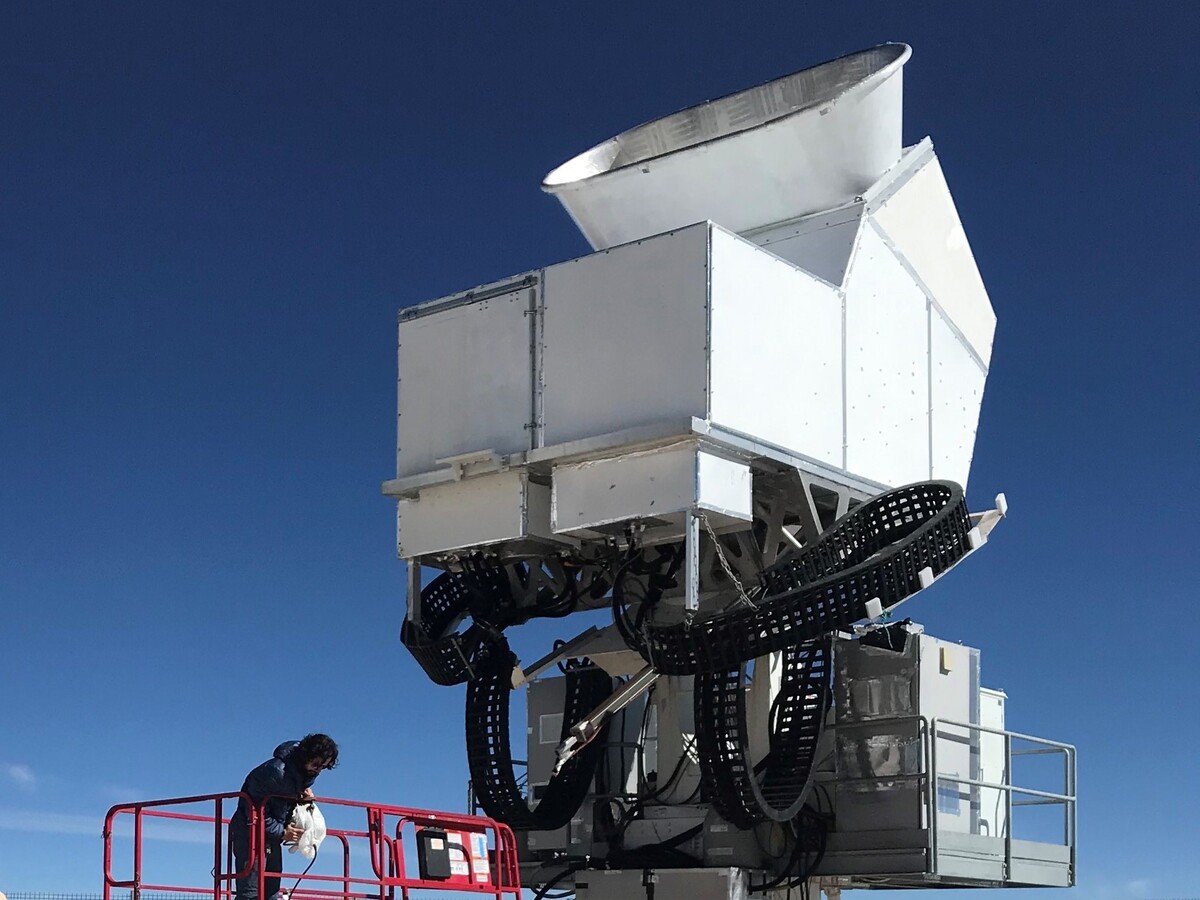 There's a telescope high up in the mountains of Chile that's looking for signals from the earliest moments of the universe. Finding these signals would be key to explaining how the universe began. NPR's Joe Palca has just returned from a visit to the telescope, and he has this report on a remarkable facility in a remarkable location.

JOE PALCA, BYLINE: The telescope is called CLASS. It's located on top of Cerro Toco in the Atacama Desert, one of the driest places on Earth. And at 17,000 feet, it's one of the highest telescopes in the world.

PALCA: OK. Shall we start outside?

PALCA: Jullianna Couto is the site manager for the telescope. We've emerged from a warm control room into the chilly, thin air outside. It's winter in the Southern Hemisphere, but today is a balmy 40 degrees.

But you don't come up here every day.

COUTO: We come here usually from Monday through Saturday.

PALCA: The Atacama Desert is covered with red soil and rocks stretching far into the distance.

COUTO: We could be on Mars. It's definitely an unique place on Earth (laughter).

PALCA: Across a small compound from the control room are two boxy structures about 30 feet high that house the actual telescopes. They're radio telescopes, and they can study the sky even during the day. Couto's colleague Deniz Valle positions a lift so we can climb into one of the structures.

DENIZ VALLE: So here we are. We're inside the CLASS telescope.

PALCA: It's a bit cramped in here. Mostly it's dominated by large disks that make up the telescope's mirrors. That squeaking is the cryogenic pump that chills the detectors.

VALLE: Here we can see where the light comes in - primary mirror, secondary mirror and our receiver here.

PALCA: The data collected here are sent first to the base station CLASS maintains in the town of San Pedro, about a 45-minute drive down the mountain.

TOBY MARRIAGE: The No. 1 science goal of CLASS is to detect evidence for these quantum gravitational waves.

PALCA: Toby Marriage is an astronomer at Johns Hopkins University and one of the principal scientists on CLASS. Theories say quantum gravitational waves were generated as the universe blinked into being. Finding them is key to explaining why the universe expanded the way it has. CLASS won't see the waves themselves but the traces of the waves left behind in what's called the cosmic microwave background.

MARRIAGE: It's like looking at the sand at the edge of the beach when a wave comes in and the wave goes out and you can see in the sand that a wave was there.

PALCA: Now, these traces are very faint and hard to separate from the background noise of the universe. But CLASS's designers have invented something called the variable-delay polarization modulator. It works like this. Let's say this is the signal you're trying to detect.

PALCA: But that signal is buried in noise.

PALCA: The modulator raises the frequency of the signal so it can be detected against the background noise.

PALCA: So here's what you get - still kind of hard to hear, but it's there.

PALCA: Toby Marriage says even with this frequency-shifting invention, finding the faint signals they're interested in won't be easy.

MARRIAGE: It's going to take many, many years.

PALCA: But if it explains the origins of the universe, it's probably worth it. Joe Palca, NPR News.