Accessibility links
Planned Parenthood Stops Using Title X Dollars The move follows an announcement this week by the Trump administration that it will enforce new rules forbidding groups that receive the funds from counseling patients about abortion. 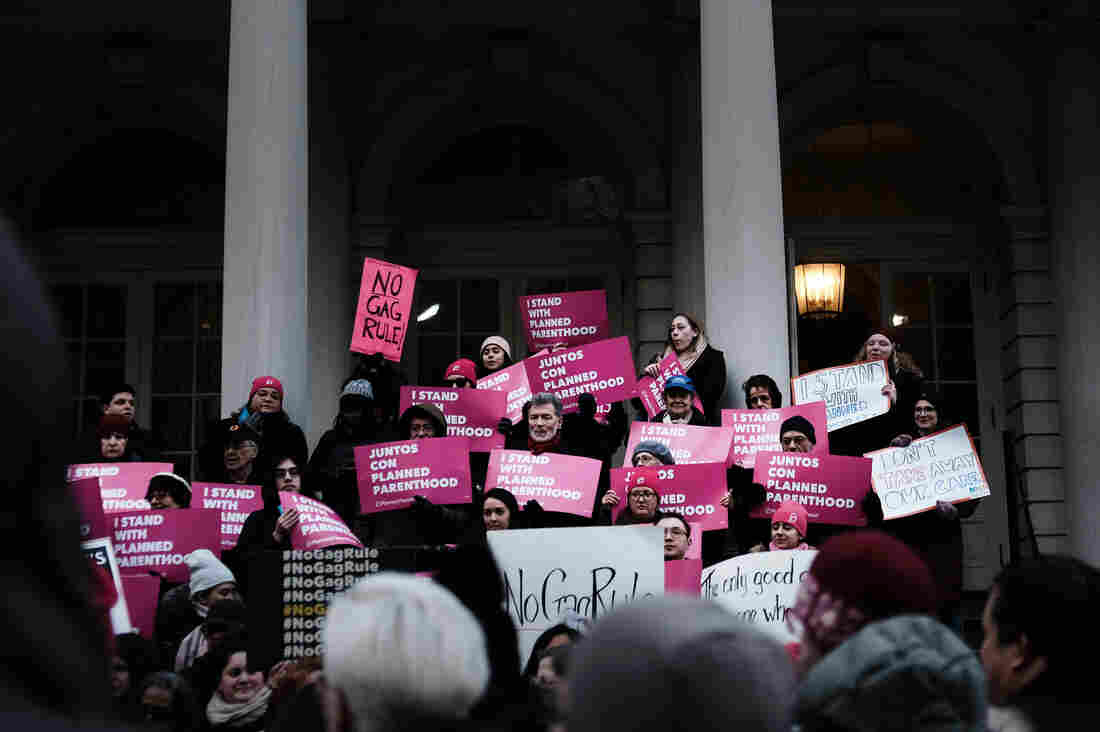 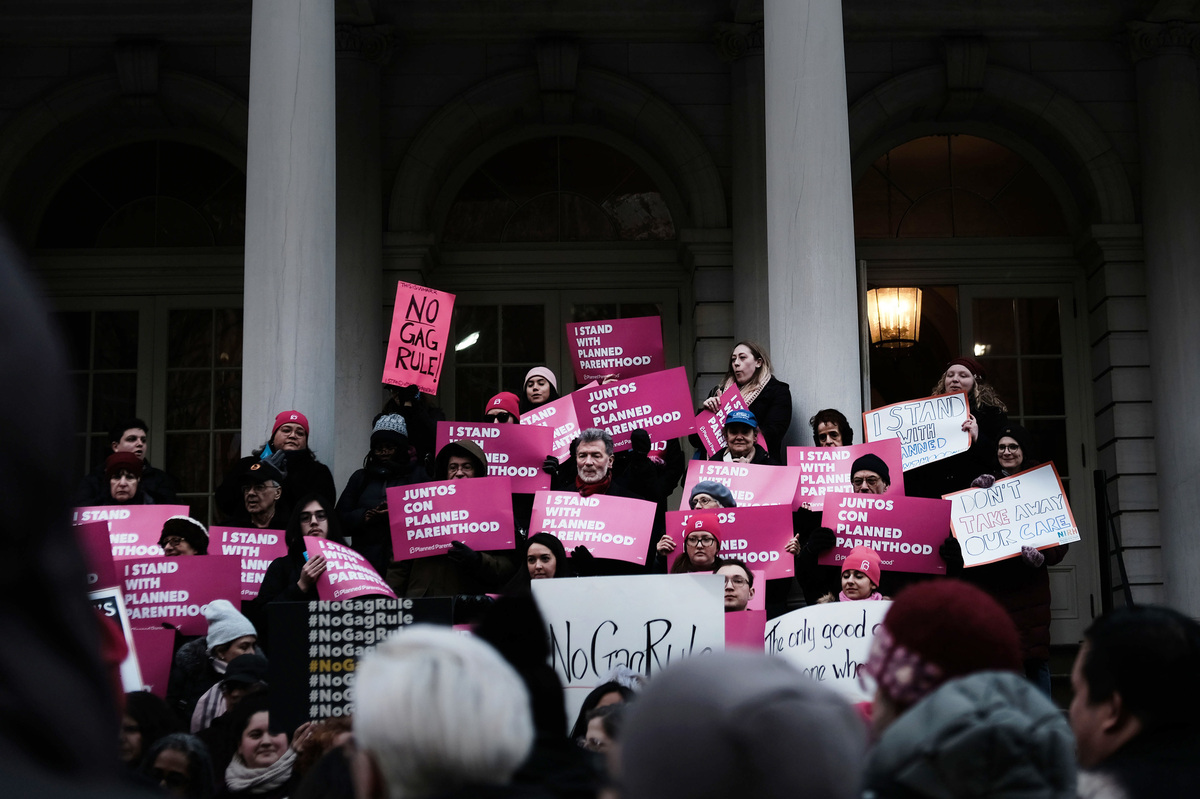 Planned Parenthood clinics nationwide have stopped using federal Title X family planning funds, according to the organization. The decision comes after the Trump administration announced this week that it has started enforcing regulations that prohibit Title X grant recipients from counseling patients about abortion.

The Trump administration's rules – unveiled last year and finalized this year – forbid groups that provide or refer patients for abortion from receiving funds through Title X, which pays for reproductive health care for about 4 million low-income people.

After a recent series of legal challenges left the rule in place – at least for now – the administration said on Monday that it would begin enforcing the rules.

In a statement, Jacqueline Ayers, vice president of government relations & public policy at Planned Parenthood Federation of America, said the organization is refusing to comply with what critics call a "gag rule" and instead has stopped using Title X dollars.

"It is unethical and dangerous to require health care providers to withhold important information from patients," Ayers' statement said. "During this period of limbo while we wait for the court to rule, our affiliates are not using federal Title X funds to provide care. We are continuing to fight this illegal rule in court and to provide care to all people — no matter what."

This comes at a time of uncertainty for the organization. Earlier this week, Planned Parenthood's board announced it had replaced President Dr. Leana Wen with an interim leader. Wen said she was fired after a "secret" meeting over philosophical differences.

On Tuesday, Maine Family Planning announced it would stop accepting Title X dollars after nearly five decades as a grantee. The organization operates 18 of its own clinics and sub-contracts with other health centers around the state to provide reproductive health services through the federal program.

We announced today that, after nearly 50 years as Maine’s #TitleX grantee, we will withdraw from the program rather than comply with the Trump-Pence #GagRule. We won't compromise on care or medical ethics. Our clinics are open and we are providing services just as we always have. pic.twitter.com/FWceSNegJj

President and CEO George Hill said in an interview with NPR that at least 25% of the organization's funding comes from Title X, and a total of 50 sites across Maine could be affected by the rule.

"Our doors are gonna remain open ... It's gonna be an enormous challenge to replace these dollars, but we simply can't accept them," Hill said.

"This rule is so onerous and arrogant that we simply cannot accept the federal funds with these limitations on them and provide what we believe is the full range of reproductive healthcare services that our patients deserve," Hill said.

Reproductive rights groups have seen the regulations as a major blow, and have said the rules will interfere with the doctor-patient relationship.

The president's supporters see them as a fulfillment of his campaign promise to "defund" Planned Parenthood. Federal funding for abortion is already illegal except in a few circumstances, but the new regulations mean many organizations that once provided other reproductive health services through Title X are now barred from receiving those funds.

In a statement this week praising the Trump administration's announcement that it will begin enforcement of the rule,Marjorie Dannenfelser of the Susan B. Anthony List, which opposes abortion rights, praised administration officials for "acting decisively to stop taxpayer funding of the abortion industry."