Accessibility links
Student Loan Debt And No Degree: A Crisis For Millions Of Borrowers Some of the people struggling the most to pay back their debt are the millions of students who took out student loans but never finished a degree. 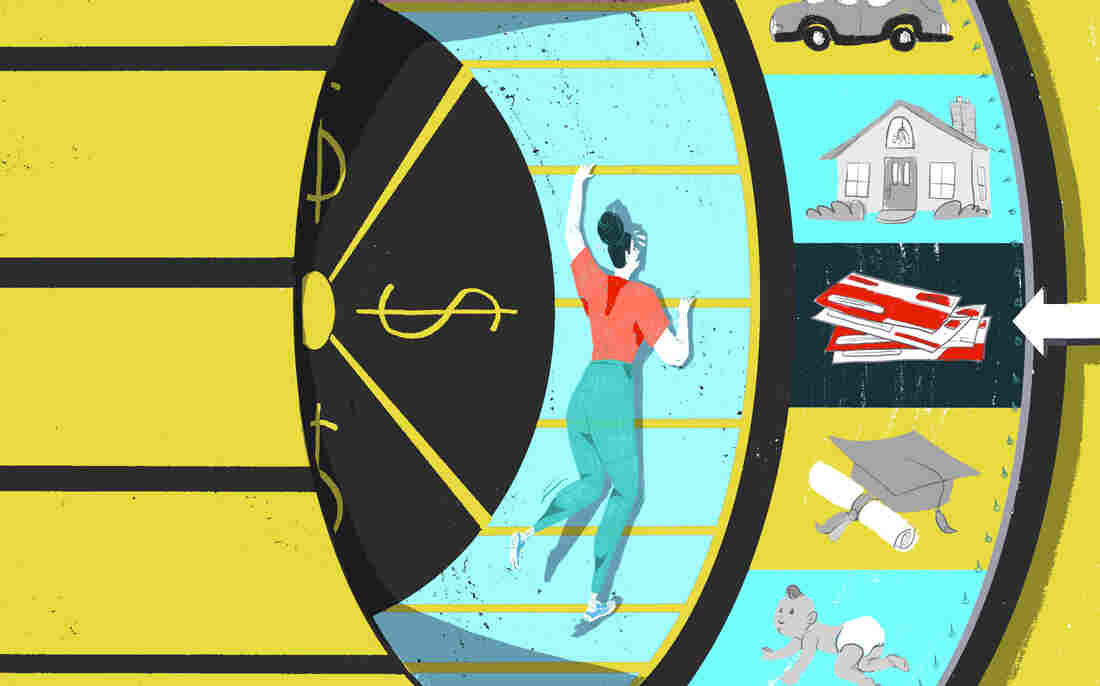 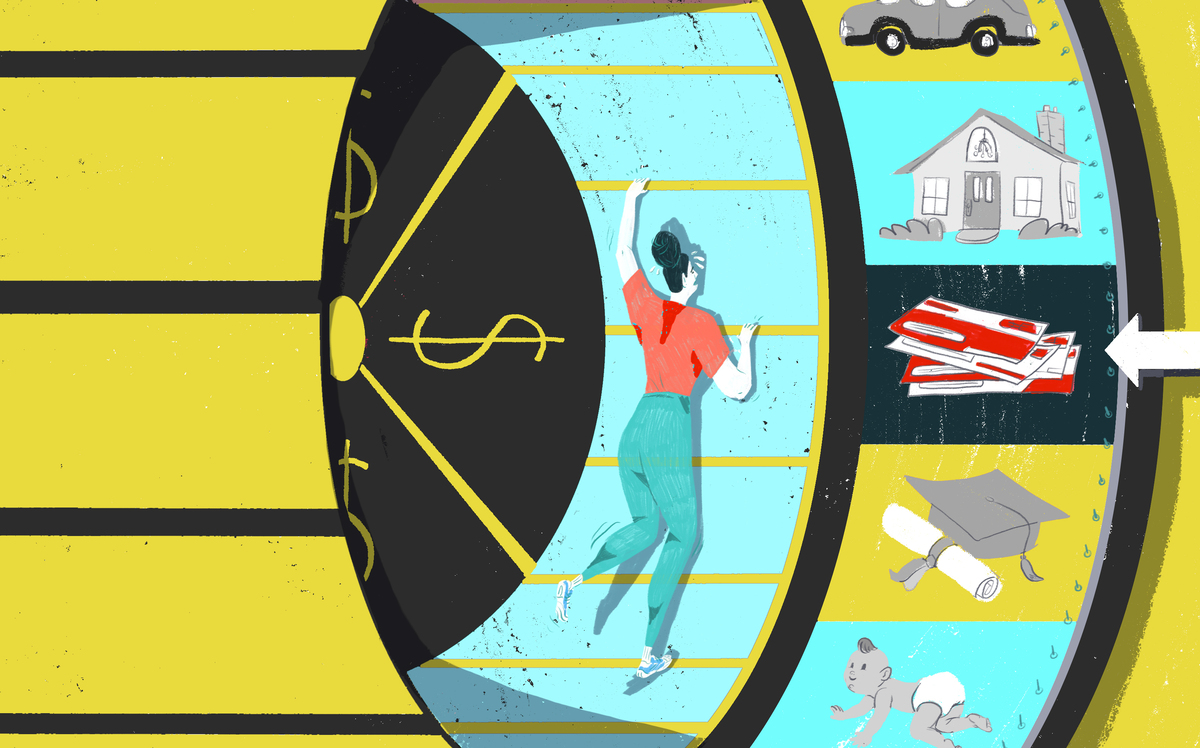 Most days, 25-year-old Chavonne can push her student loan debt to the back of her mind.

Between short-term office jobs in the Washington, D.C., area, she drives for Uber. But once in awhile, a debt collector will get hold of her cellphone number — the one she keeps changing to avoid them — and it all comes back fresh. "I'll be like, 'Oh no!' " she says. "It's a sad reminder that I owe somebody money!"

In April, she got another reminder when the government seized her tax refund.

All this for a degree she never finished.

Back in high school, she recalls, her teachers and friends pushed her to go to college. And so, without too much thought, Chavonne enrolled at the University of Mississippi and borrowed about $20,000 to pay for it.

Far away from home and in a challenging environment, she struggled — and after three semesters, she'd had enough. Her college days are five years behind her, but the debt she took on is not.

Today, rent, car payments, gas and food are higher up on her list of priorities. And so she's in default, not paying on her loans.

We're not using Chavonne's last name — or those of any of the borrowers we talked to — so they can talk candidly about their personal finances.

The one thing that could help Chavonne earn more money, of course, is earning a degree. But because she's in default, she doesn't have access to federal student aid that could help her go back and finish. It's a vicious cycle for Chavonne and millions of other students who leave college with debt and without a degree.

From mid-2014 to mid-2016, 3.9 million undergraduates with federal student loan debt dropped out, according to an analysis of federal data by The Hechinger Report, a nonprofit news organization.

The default rate among borrowers who didn't complete their degree is three times as high as the rate for borrowers who did earn a diploma. When these students stop taking classes, they don't get the wage bump that graduates get that could help them pay back their loans.

The perception is, work hard and pay what you owe, says Tiffany Jones, who leads higher education policy at the Education Trust, "but it's not manageable even if you're working."

"If I made sure that my credit score was my No. 1 priority and that I got these student loans taken care of," Chavonne says, "I would not have a roof over my head."

"Nobody should be in this position."

During her third year of college, Ashlee, who is now 27, asked herself a tough question: "Do I need money more, or do I need school more?"

The answer? She needed the money. She'd been working full time to help pay the bills for her family, but balancing school and full-time work became impossible.

Ashlee took out about $12,000 in loans to go to college right after she graduated from high school in 2010. "I'm drowning in debt for a piece of paper I never received," she says. "Nobody should be in this position."

'Do They Kick Out Pregnant People?' Navigating College With Kids

Now she's in default and owes more than she did when she took her loans out. Ashlee lives with her mother in Louisville, Ky., and says she wants to move soon. But her debt has ruined her credit, which makes it hard to find a new place to live.

"I can't have a real mortgage," says Heather, who lives in New York state north of Syracuse. Like Ashlee, she's in default: "I get unbelievable interest rates for vehicle loans."

In the early 2000s, Heather, 44, and her husband enrolled at the Art Institute of Pittsburgh, a private for-profit college that shut its doors earlier this year. Neither of them finished with a degree.

Heather now works at a paper packaging factory back in New York.

Students at for-profit colleges are in a particularly tough spot. More than half of students who drop out of a for-profit college default on their loans within 12 years, according to one analysis from The Institute for College Access and Success.

Shawn, 27, also went to a for-profit institution. It didn't take him long to realize that his classes at ITT Tech weren't going well.

He started there as a graphic design student, but when the school changed locations in the Philadelphia area, it stopped offering the design classes he wanted. Shawn switched to a new focus, but the long commute and the disappointing classes were too much.

When a medical issue came up, Shawn stopped going to class.

Now, he says, "I feel like I'm stuck in quicksand." He works in sales at an industrial supply company outside Philadelphia, and he's in default on the loans he took out to pay for school. Shawn still has about half of his original $12,000 or so to repay.

Research shows that students struggling the most to repay their loans have, on average, less than $10,000 in debt.

"It may not sound like a lot, but for a 22-year-old supporting himself, it is a lot," says Dali, who lives outside Los Angeles and does freelance carpentry.

"I haven't applied for a credit card," he says. "I already know I'm going to be declined."

He took out about $10,000 in loans to go to California State University, Fullerton right after high school. So far, he's paid back only about $300 and is in forbearance, which means his payments are on hold. "I just can't afford it right now," he says.

Back in college, he didn't have a lot of financial support. "That financial instability eventually caught up with me," he says. He started working full time and stopped going to school.

Now he wants to go back, like many others. But, he adds, "I'm afraid of being more in debt."