Accessibility links
Review: 'I Do Not Care If We Go Down In History As Barbarians' In Barbarians, writer/director Radu Jude's ruminating, ruefully funny Romanians debate history, propaganda and truth while mounting a re-enactment of a mass murder. 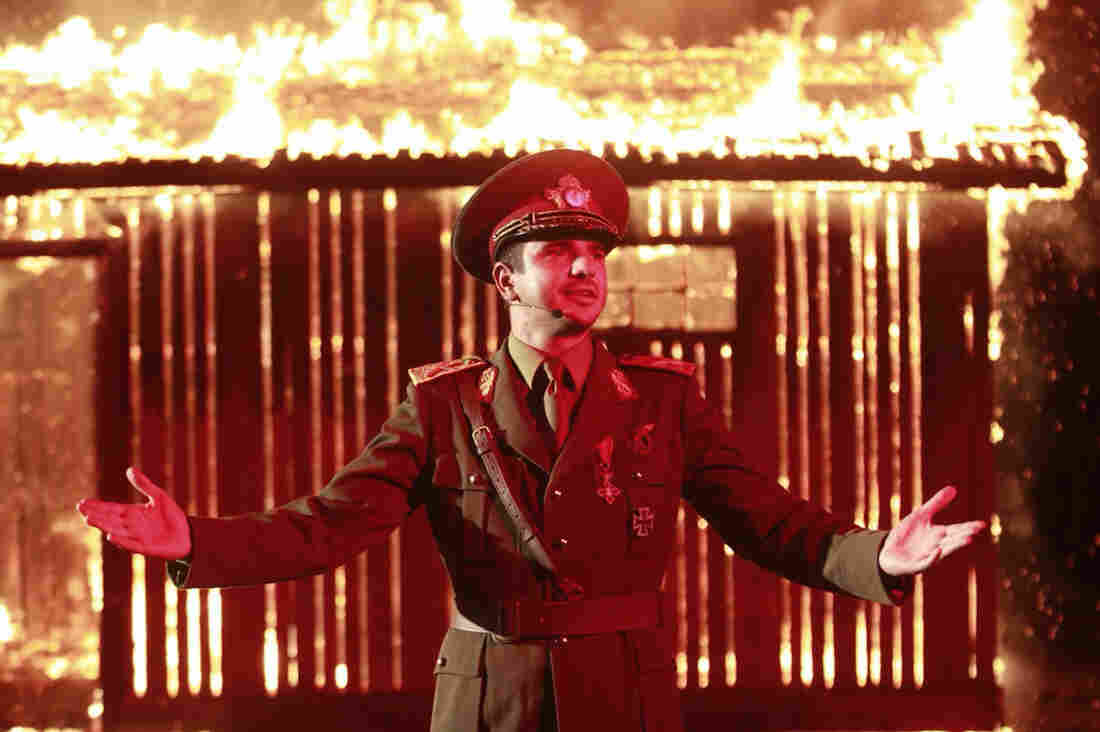 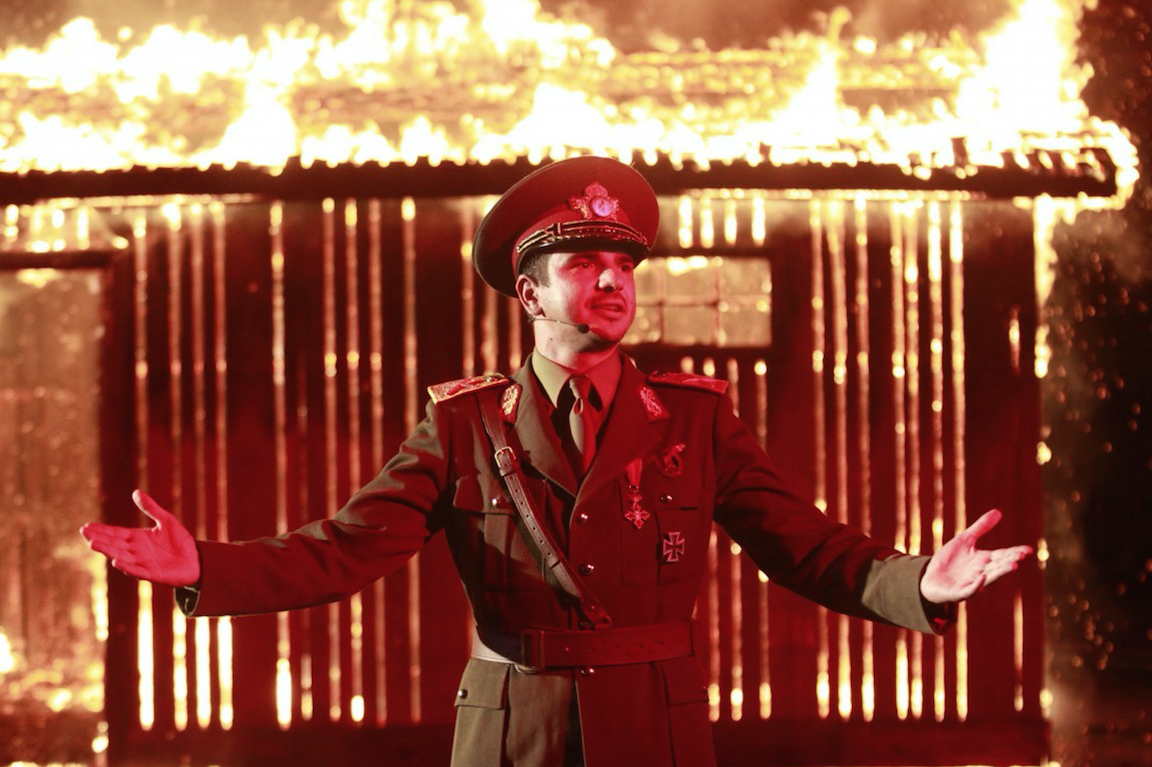 History isn't always written by the victors. A few years after Romanian dictator Ion Antonescu shrugged off the slaughter of some 400,000 Jews and Roma by saying, "I do not care if we go down in history as barbarians," he was tried and executed. But seven decades later, when the film titled after his remark opens, the past has been revised. Antonescu is well-regarded in his homeland, and Romania's bloody 1941-43 alliance with Nazi Germany is for most a suppressed memory.

This is one of the two principal difficulties faced by both Barbarians writer-director Radu Jude and his lead character, an impassioned theater director named Mariana Marin (Ioana Iacob). The other conundrum is the depiction of mass murder. Can a film depict such horror honestly, without trivializing the events or brutalizing the audience?

'Aferim!' May Be Romania's 'Hateful Eight'

The unapologetically brainy Barbarians answers that question wisely. The movie's historical impetus, the genocide committed by the Romanian troops who helped the Germans conquer Odessa in 1941, is not realistically staged. Instead, Jude foregrounds archival film and photographs unearthed by his protagonist in the course of her research. None of the movie's most disturbing images are simulated.

Marin is developing a public pageant about the Odessa carnage; its performance concludes Jude's film, yet constitutes just a bit of its running time. Most of the movie observes the preparations, in and around Bucharest's National Military Museum. Marin and her team ponder rifles, uniforms, and the recorded sounds of gunshots and explosions.

The director also rehearses her cast, most drawn from the ranks of battle reenactors. Their specialties are authentic gear and celebrating Romanian heroism, not setting things straight. Some of them are confused or angered by what they're asked to do. (Although the movie's details are specific to Romania, the grievances of one racist extra have universal resonance.)

Whatever Marin's doing, she's trailed by a handheld camera that observes in long, seldom-interrupted takes. The cinematic style suggests documentary, although Iacob immediately flags the movie's artifice by introducing herself directly to the viewer.

Sometimes the camera follows Marin home to her apartment, where she lives with a cat and is occasionally visited by her married lover, Stefan (Serban Pavlu). In their conversations, intimate concerns mingle with political and philosophical ones. So, too, at work, where Marin tangles with Movila (Alexandru Dabija, who starred in Jude's 2015 Aferim!). He's the government official who approved funding for Marin's project, and has become worried that the performance will affront his bosses.

Defending her project and her worldview, the well-read Marin often engages in wide-ranging intellectual discussions. These include references to and quotations from Ludwig Wittgenstein, Hannah Arendt, Raul Hilberg, Hugo Boss, the Gospel of John, and Karl Marx.

It was Marx who wrote that history repeats itself "the first time as tragedy, the second time as farce," a line Marin repeats in Barbarians. The movie is hardly a comedy, but it does include ruefully funny moments. Like other contemporary Romanian filmmakers, Jude is well attuned to human absurdities, especially those of pompous public officials.

Yet Barbarians can't be reduced to a clash between a daring artist and a stodgy censor. Movila is an interesting, somewhat sympathetic character, and his debates with Marin are among the liveliest sequences in a movie that sometimes rambles all too naturalistically. Marin is the movie's spark, but the responsibility for untangling history from myth and propaganda belongs to everyone.